10 K-Drama Bad Boys With A Heart Of Gold

K-drama bad boys are not always the characters we get drawn to the most, but when they are able to show empathy, compassion, and true desire to love someone, we can’t help but soften up to their character. The bad boy is a trope that is pretty common in K-dramas, but here are a few who have left a lasting impression.

Lee Je Hoon plays Jo Sang Gu, an ex-convict and underground fighter who suddenly becomes the guardian of his autistic nephew after his brother passes away. His brother and nephew were working as “trauma cleaners,” cleaning up and packing away belongings from the deceased. 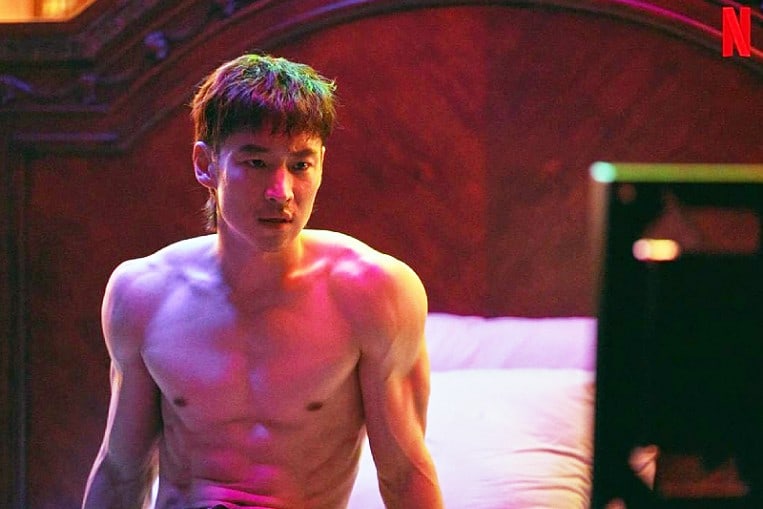 Jo Sang Gu does not care about his nephew, and as a result of some past misunderstandings, he could care less about his brother who passed away. But as he gets to know his nephew Han Gu Ru (Tang Joon Sang) and the work he does, Sang Gu starts to change and become a better person. You see his anger and aggression slowly melt away as he becomes closer with his family, and it’s so sweet to watch. His transformation is drastic and heartwarming. 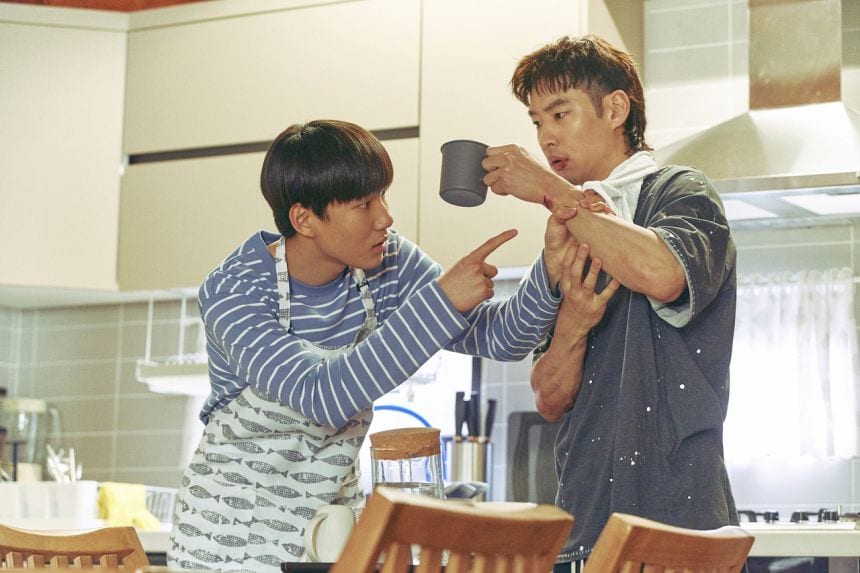 Yoo Yeon Seok as Goo Dong Mae in “Mr. Sunshine” is a villain you have a love-hate relationship with. He is conniving, deceitful, and you are almost sure he is completely evil, but then seeing the love in his eyes at the the sight of Go Ae Shin (Kim Tae Ri) makes you think otherwise. His only soft spot is for Ae Shin, and he makes it known. 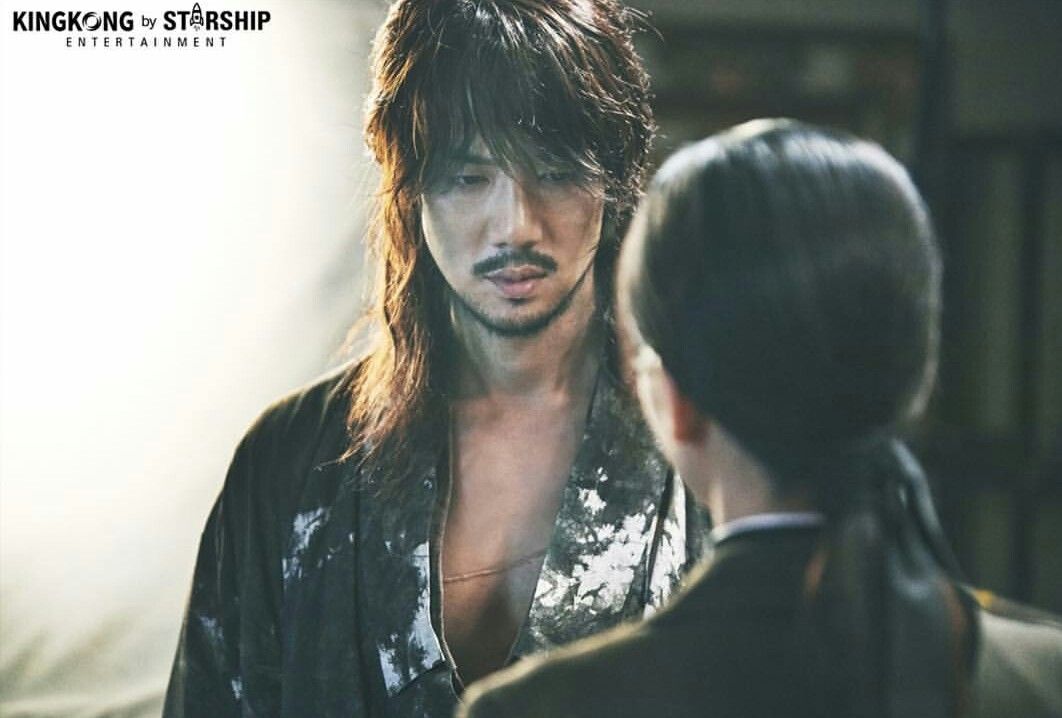 Goo Dong Mae has two sides to his character. Because he is part of the Black Dragon Society, he is cold and seemingly lethal, willing to destroy anything and anyone in his path. But he also has a soft side for Go Ae Shin and can’t seem to let her go. She helped him in the past, and he has never forgotten her. His feelings and love for her is very evident, and it’s sweet how he becomes so helpless for her. It’s a transformation that cannot be forgotten. 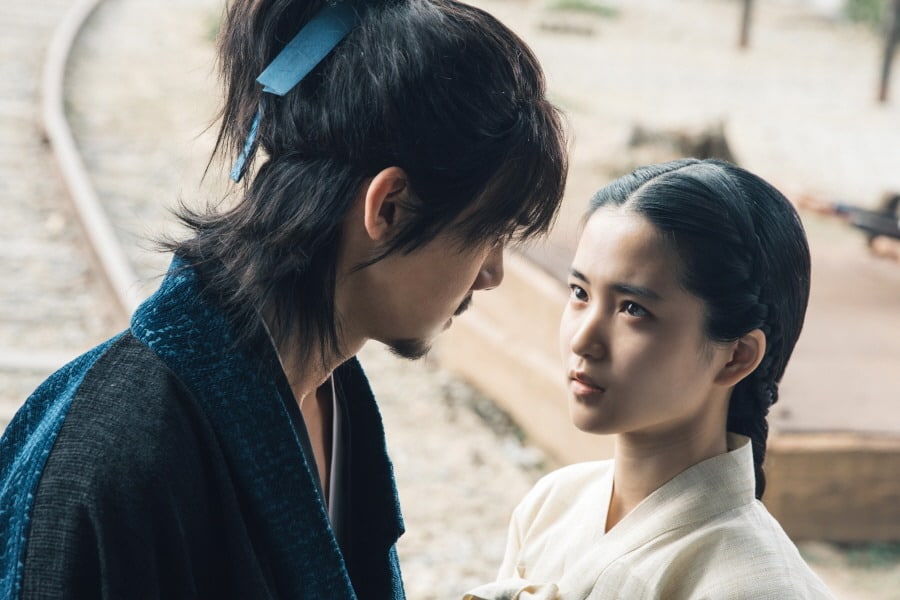 “Kill Me, Heal Me” is about a wealthy man named Cha Do Hyun (Ji Sung) who struggles with multiple personality disorder as a result of a traumatic experience he had as a child. To be more specific, he has seven personalities, one of which is also in love with the female lead, Oh Ri Jin (Hwang Jung Eum). 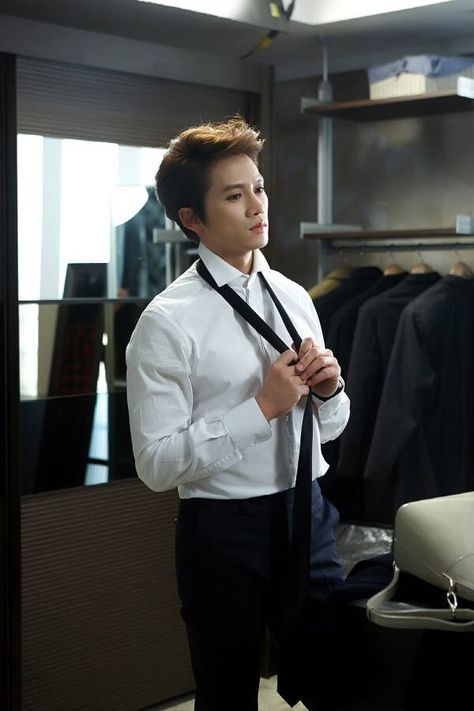 Out of these personalities, one of them is the hard-headed and tough as nails Shin Se Gi. He loves his smokey eye makeup and doesn’t let anyone mess with Oh Ri Jin. He’s been in love with her for as long as he can remember and tries his hardest to protect her at all costs. He does not care much about people around him or what others think, but when it comes to Ri Jin, he’s willing to do just about anything for her — he even throws her a party featuring all her favorite childhood toys. The innocence in his love for Ri Jin is just too adorable! 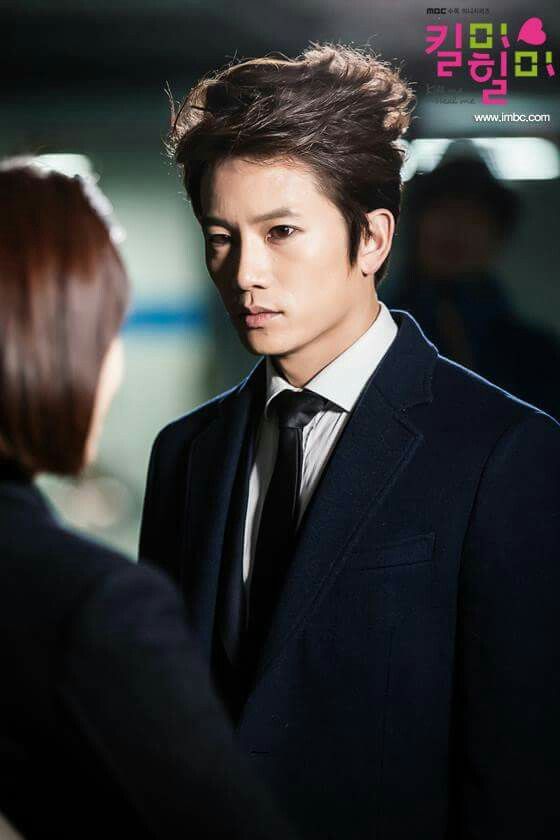 In “Boys Over Flowers,” Goo Jun Pyo (Lee Min Ho) has got all the characteristics needed to be a chaebol. He’s good-looking, charming, popular, has a lot of friends, and is pretty arrogant. So it’s no wonder when Geum Jan Di (Ku Hye Sun) transfers to his school that he treats her horribly. He bullies her, which in turn, makes his fellow classmates bully her too. It takes a destined event and transformation for Jun Pyo to realize that his hate for her may not actually be hate, but genuine feelings of love. 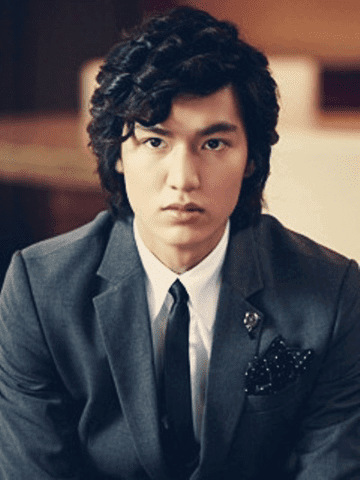 The infamous Goo Jun Pyo and his inability to let anyone into his life is a character we are all familiar with. He’s got such a tough exterior, and despite being given everything he’s ever needed, he finds it very difficult to open up his heart to anyone. When Jan Di comes into his life, he doesn’t like her at first because she is so different from him, but once he realizes that these differences are what he is attracted to, he can’t help but give all of himself to her. His reformation is drastic as he vows to love her completely and finds it impossible to even be away from her. 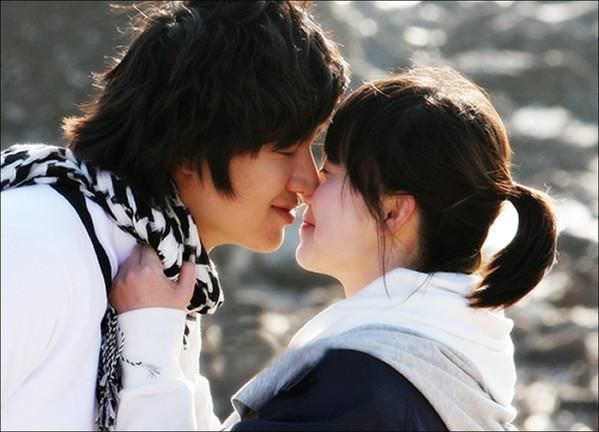 Lee Joon Gi plays the hard to handle, tough Wang So who is one of the many princes in line to become King. When he meets Hae Soo (IU), he falls in love with her but can’t seem to find the right time to ever be with her. 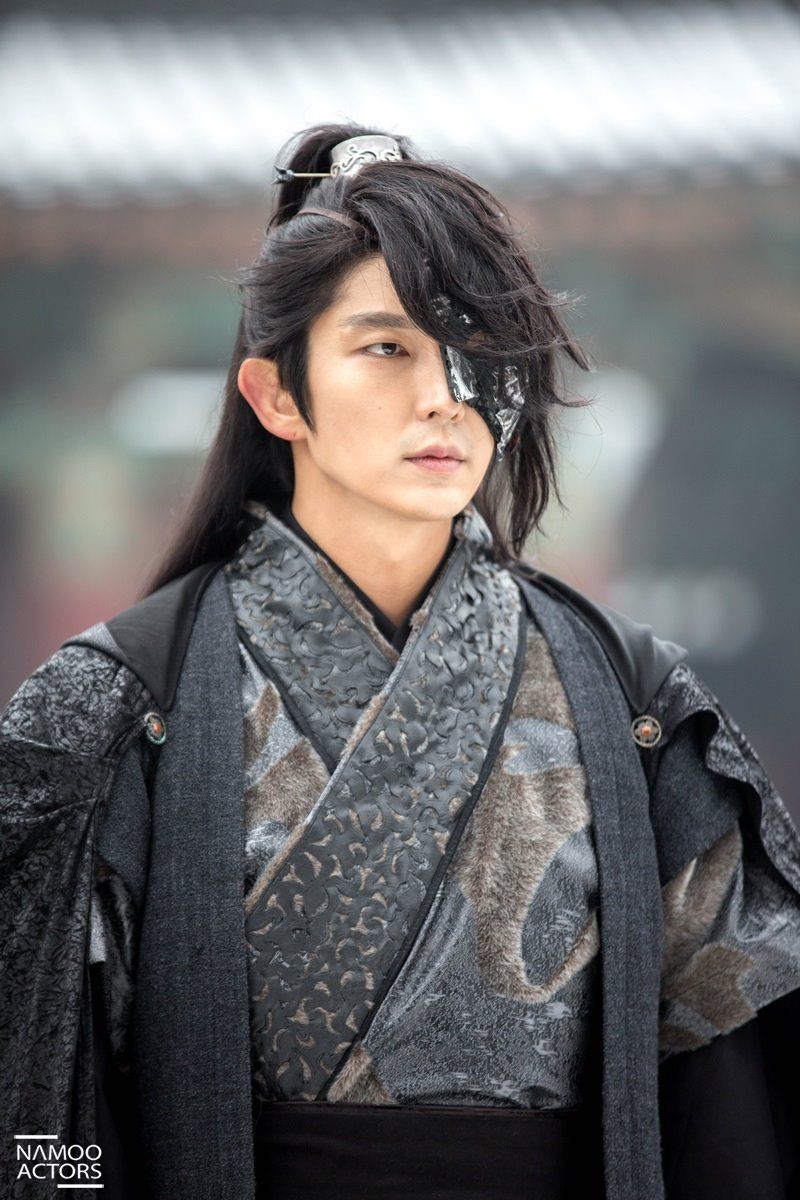 Lee Joon Gi as Wang So took the international crowd by storm. His portrayal as the bad boy who tries so hard to not fall in love with Hae Soo is so endearing to watch. He’s in a constant struggle with succumbing to his bad boy ways, but his heart remains loyal to Hae Soo until the very end. People were so desperate for more of this loving pair that they are still hoping for a second season! 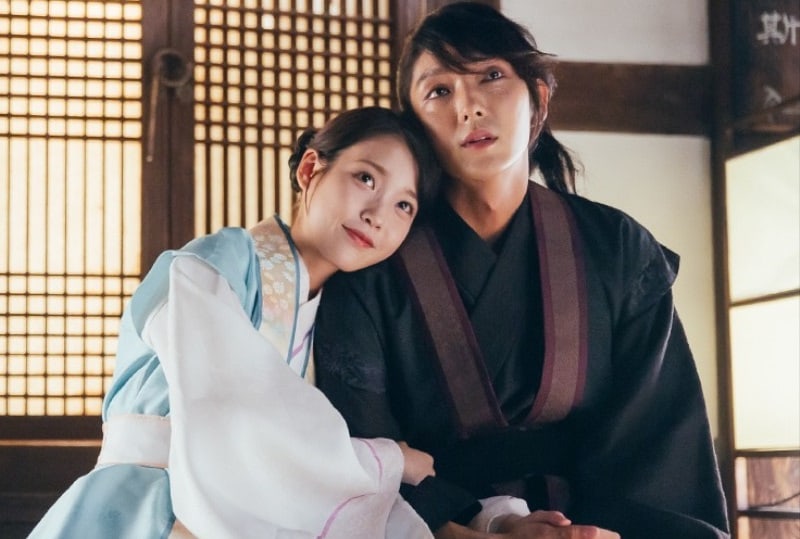 As a result of an accident he had as a child, Lee Gang Doo (Junho) lives his life on the edge. His dreams were taken away from him in an instant, and he could care less about his quality of life. He gets into fights repeatedly and has no intentions of putting his life back on track. He has zero hope and zero desires for a future. 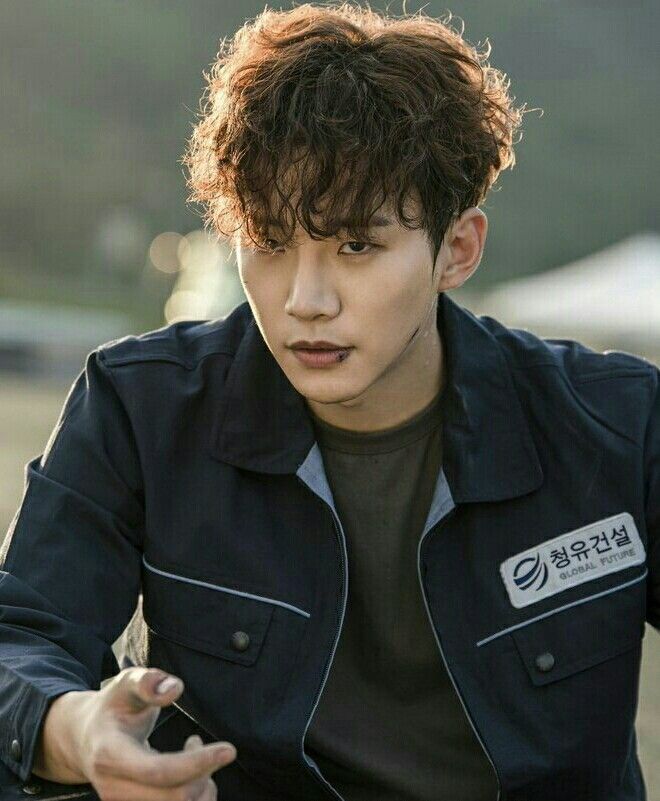 Just when Gang Doo seems like a hopeless bad boy, he meets Ha Moon Soo (Won Jin Ah), and the two have fiery chemistry. They fall in love with each other and realize that they share a traumatic experience that happened when they were younger. Gang Doo starts his journey into healing, and the two find solace in each other. His life is completely overturned for the better as he realizes he was destined to be with Moon Soo. He opens up his heart and starts to realize that he can dream again. 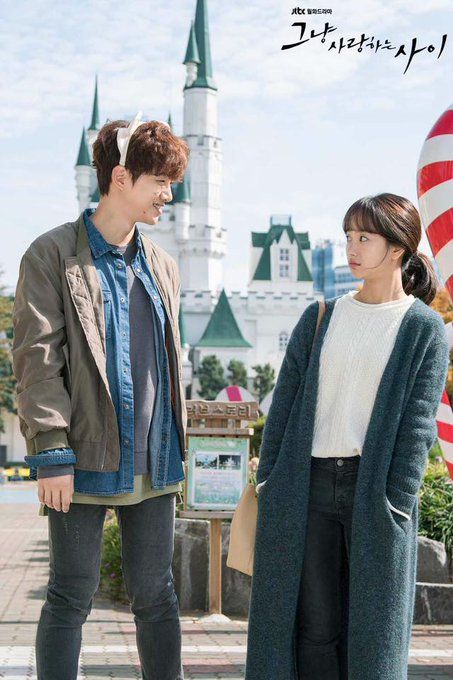 “Sungkyunkwan Scandal” stars Song Joong Ki, Park Yoochun, and Yoo Ah In – all flower boys in their own beautiful ways! In this K-drama, these scholarly flower boys find themselves romantically entwined with Kim Yoon Hee (Park Min Young), a young woman who dresses like a boy to help support her family. 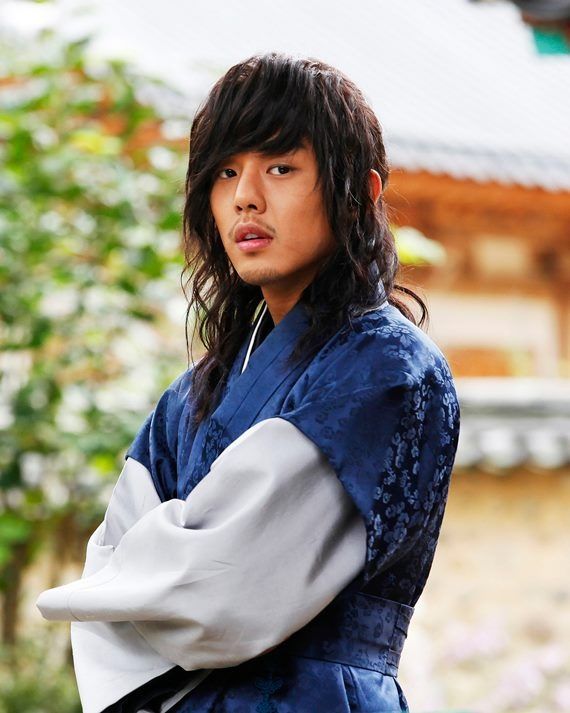 In particular, Moon Jae Shin (Yoo Ah In) is always there for Kim Yoon Hee (Park Min Young) like a knight in shining armor. He is fearless, quiet, and loves Yoon Hee with all his heart. There is something about the brooding ways of Jae Shin that really makes your heart skip a beat. Just when you think Jae Shin might be too tough for Yoon Hee, he does and says the sweetest things that make you realize that his heart is so pure and genuine! 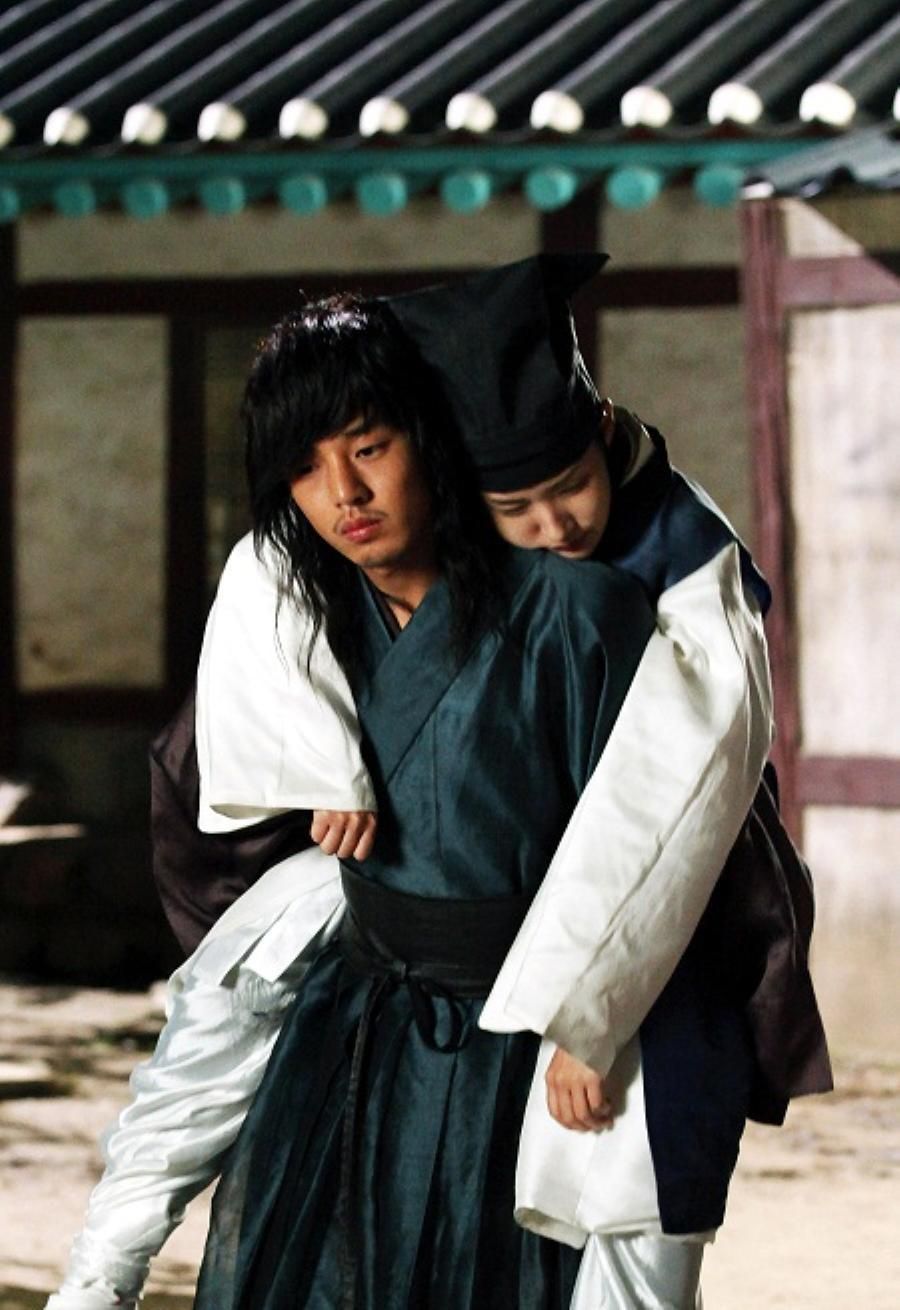 Doo Chil Sung (Jang Hyuk) is a gang leader, loan shark, and owner of a rundown Chinese restaurant. He has a calm demeanor but can also be ruthless when it comes to business. He has no fear, and people are scared of him. 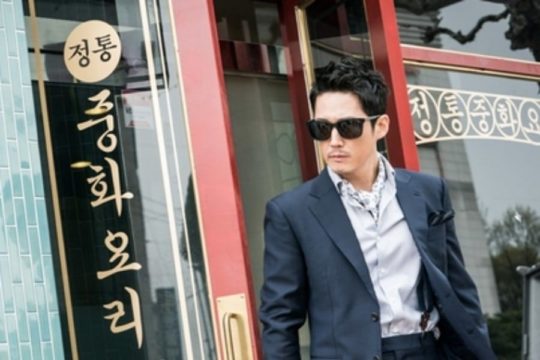 But as the series progresses and we get to learn more about Chil Sung, we realize that there is a lot more to him than meets the eye. First off, his loyalty to Seo Poong (Junho) is so sweet. He helps Seo Poong out without even knowing him well and seems to be quick to trust him. Secondly, his devotion and love for Dan Sae Woo (Jung Ryeo Won) is one of the highlights as we’re able to see this otherwise ruthless gangster melt like butter in front of the woman he loves. 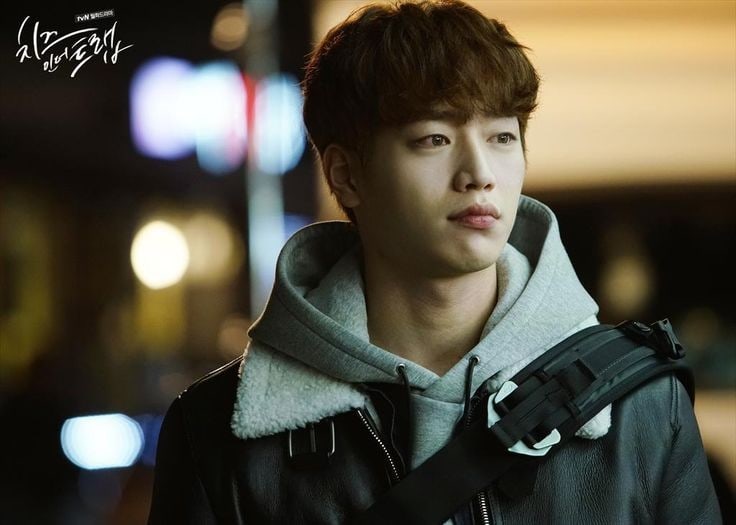 Baek In Ho is the classic bad boy who uses his fists before his brains. He is quick to react when people are being rude, and he has no filter when it comes to people who cross his path. When he meets Hong Seol, he becomes confused by his feelings as it is the first time he’s fallen in love. As the series progresses, his love for her becomes stronger, and he’s willing to protect her constantly at all costs. The love he has for Hong Seol is so pure and innocent despite all the hardships he has been through. 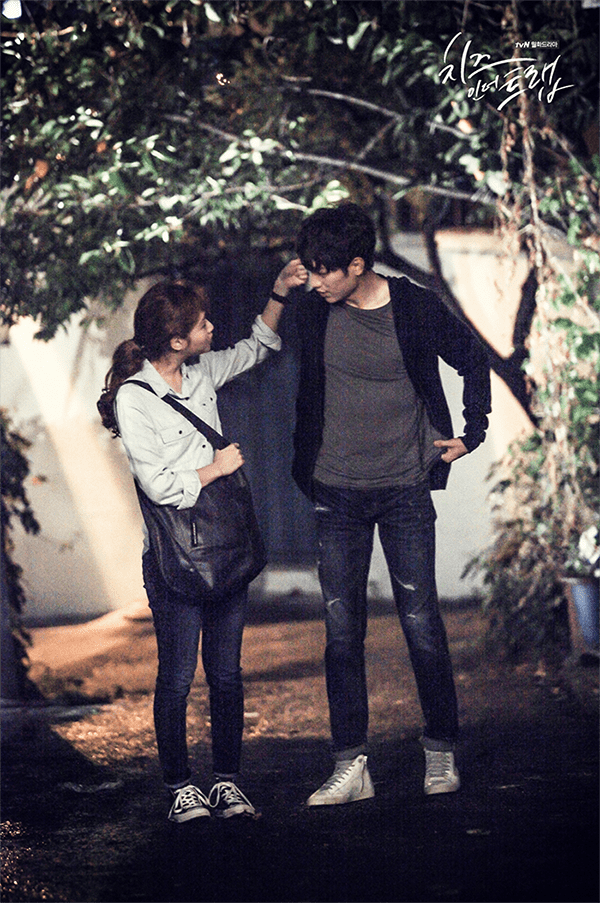 Start watching “Cheese In The Trap”:

“Heirs” is a K-drama that stars Lee Min Ho and Park Shin Hye as two star-crossed high school lovers. The drama was written by Kim Eun Sook, who has written some blockbuster scripts. “Heirs” took Korea and other parts of Asia by storm mainly for its cast, but we can’t forget that the second lead syndrome was very much alive and real. 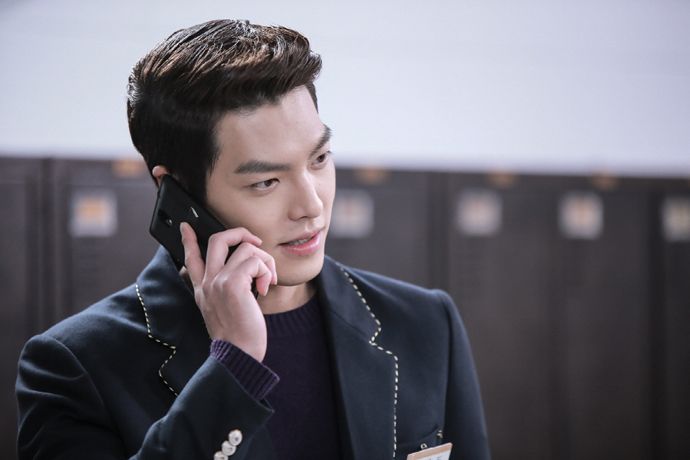 Kim Woo Bin plays Choi Young Do, a chaebol with a really rough past. Having been brought up in a broken home with a ruthless dad, there is not much for Young Do to be happy about. After meeting Cha Eun Sang (Park Shin Hye), he doesn’t know how to convey his feelings, so he comes off as being harsh and cold. As his feelings continue to grow, we see a broken high school student become upfront and honest about how he feels for Eun Sang. By the end of the series, viewers are able to warm up to Young Do! 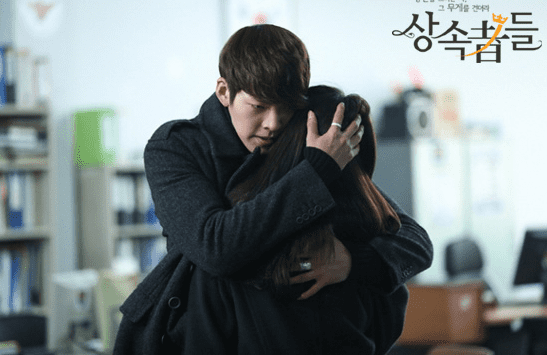 Hey Soompiers, can you think of any other K-drama bad boys with a heart of gold? Which one is your favorite? Let me know in the comments below!