Previously, Hyun Oh (played by Suwoong) was reprimanded by his agency for getting into a fight with a drunkard. In addition, Sparkling’s agency was acquired and merged by SHAX’s agency, which hinted that some of the members could be replaced by other people.

The newly released stills show Sparkling experiencing a crisis in the upcoming episode. The members’ expressions are stiff with shock, and tension is thick in the air. Lee Yoo Jin (Yunho) stands in the practice room with a look of surprise and bitterness on his face. Se Young (Seonghwa) and Min Soo (San) are stunned into silence, and it seems as if they’re looking at someone. Out of the four members, Hyun Oh unexpectedly seems the calmest, and he is holding a bag over his shoulders. 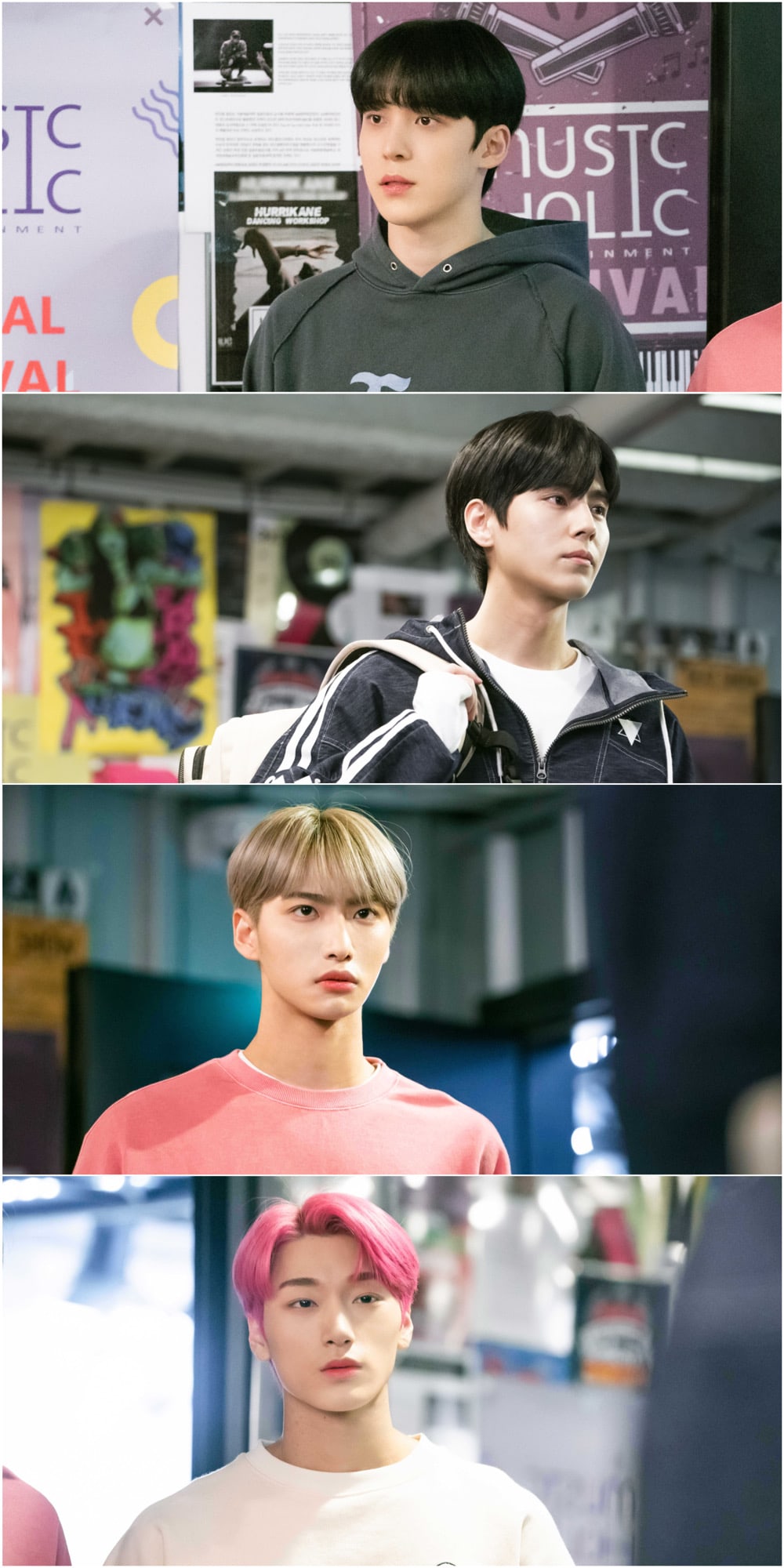 The production team shared, “Sparkling will face their biggest crisis in episode 11. Please watch to see how the members will deal with it.”