Can Sung Hoon and Lee Ga Ryung save their broken marriage in “Love (ft. Marriage and Divorce) 2”?

TV Chosun’s “Love (ft. Marriage and Divorce) 2” is the second season of the makjang drama about three women in their 30s, 40s, and 50s whose lives change forever when they discover their husbands are having an affair. The drama recently set a new record in viewership ratings for TV Chosun dramas.

In the previous episode, Pan Sa Hyun (Sung Hoon) became certain that Song Won (Lee Min Young), the woman with whom he’d been having an affair, was his one true love. He entreated his mother, So Ye Jung (Lee Jong Nam) to find them a fortuneteller who could confirm they were a good match. Meanwhile, Boo Hye Ryung (Lee Ga Ryung), Pan Sa Hyun’s wife, became interested in Seo Ban (Moon Sung Ho) after learning that he was the eldest son of SF Electronics.

The new stills show Pan Sa Hyun and Lee Ga Ryung sharing a moment of drunkenness together. The two of them attended a couples event and got drunk before returning home. Dressed in matching black-and-white outfits, they throw off their coats and lie down together in bed, but there is still distance between them. With her eyes closed, Boo Hye Ryung confesses something to Pan Sa Hyun that makes him open his eyes and think seriously about what she said. 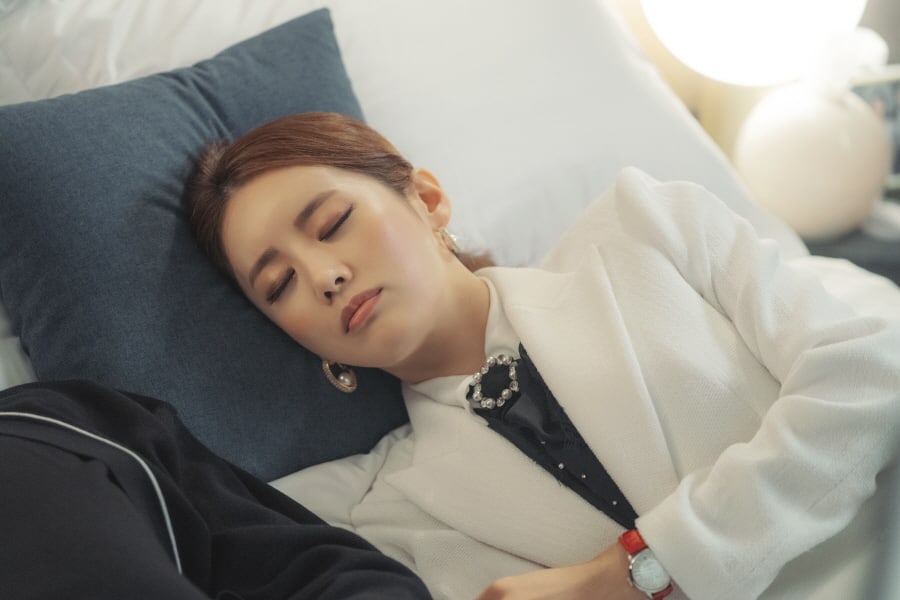 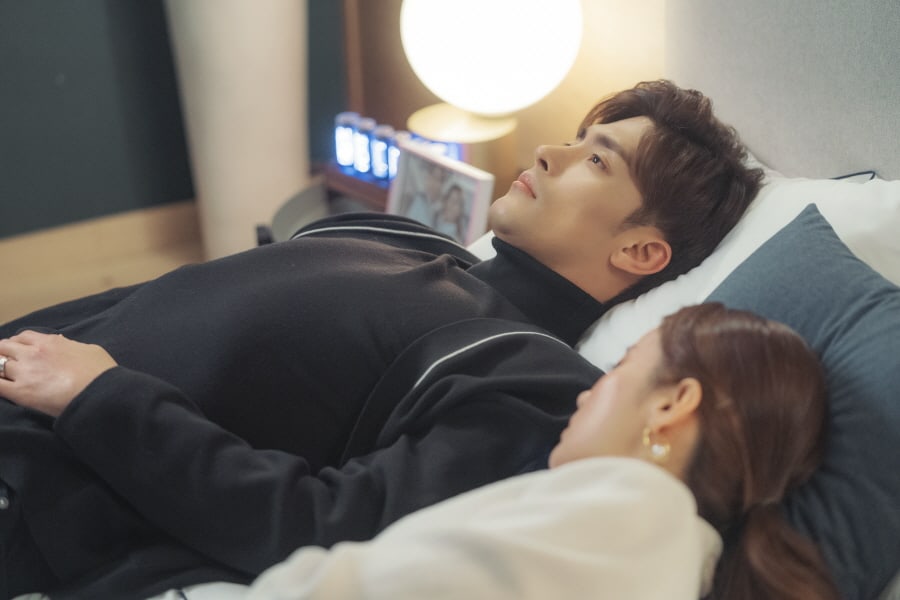 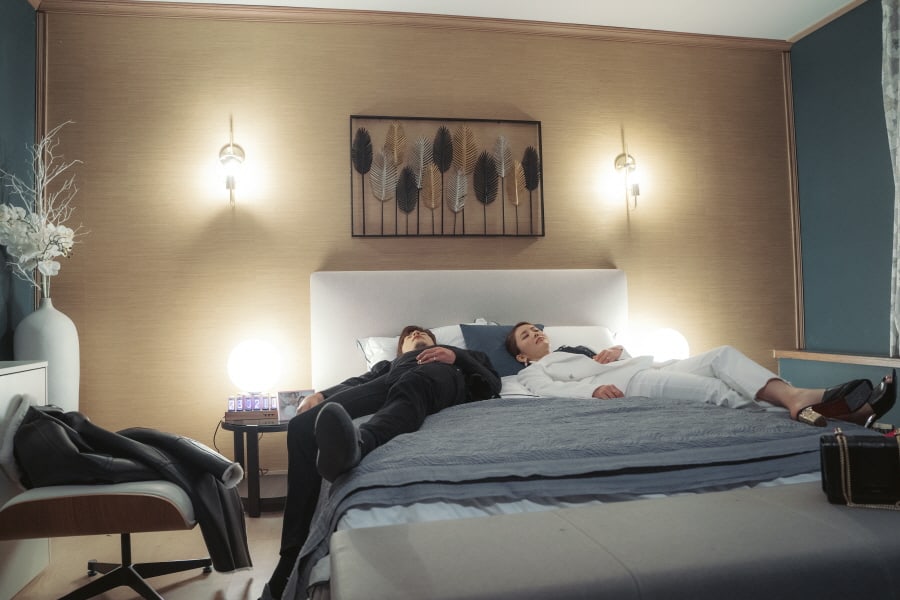 This scene was filmed in May. Lee Ga Ryung complimented Sung Hoon on his suit fit and Sung Hoon teased that she looked kind for once in her all-white outfit. The two of them gave their all to portray the subtle relationship dynamics of a “show window” couple who looks happy on the outside but is struggling with serious issues on the inside.

The production staff stated, “Pan Sa Hyun and Boo Hye Ryung’s marriage is about what happens when an idealistic dreamer husband marries a realistic and down-to-earth wife. Pan Sa Hyun wants a divorce, but this scene will complicate his feelings.”