On the July 17 episode of JTBC’s “Ask Us Anything,” Baby V.O.X’s Kan Mi Yeon and Yoon Eun Hye and Shinhwa’s Jun Jin and Andy appeared as guests.

During the episode, Yoon Eun Hye was asked about her “love line” with Kim Jong Kook on the old variety show “X-Man.” Although the two play-flirted throughout the show, the “couple’s” most famous scene is when Kim Jong Kook covered Yoon Eun Hye’s ears during a game. 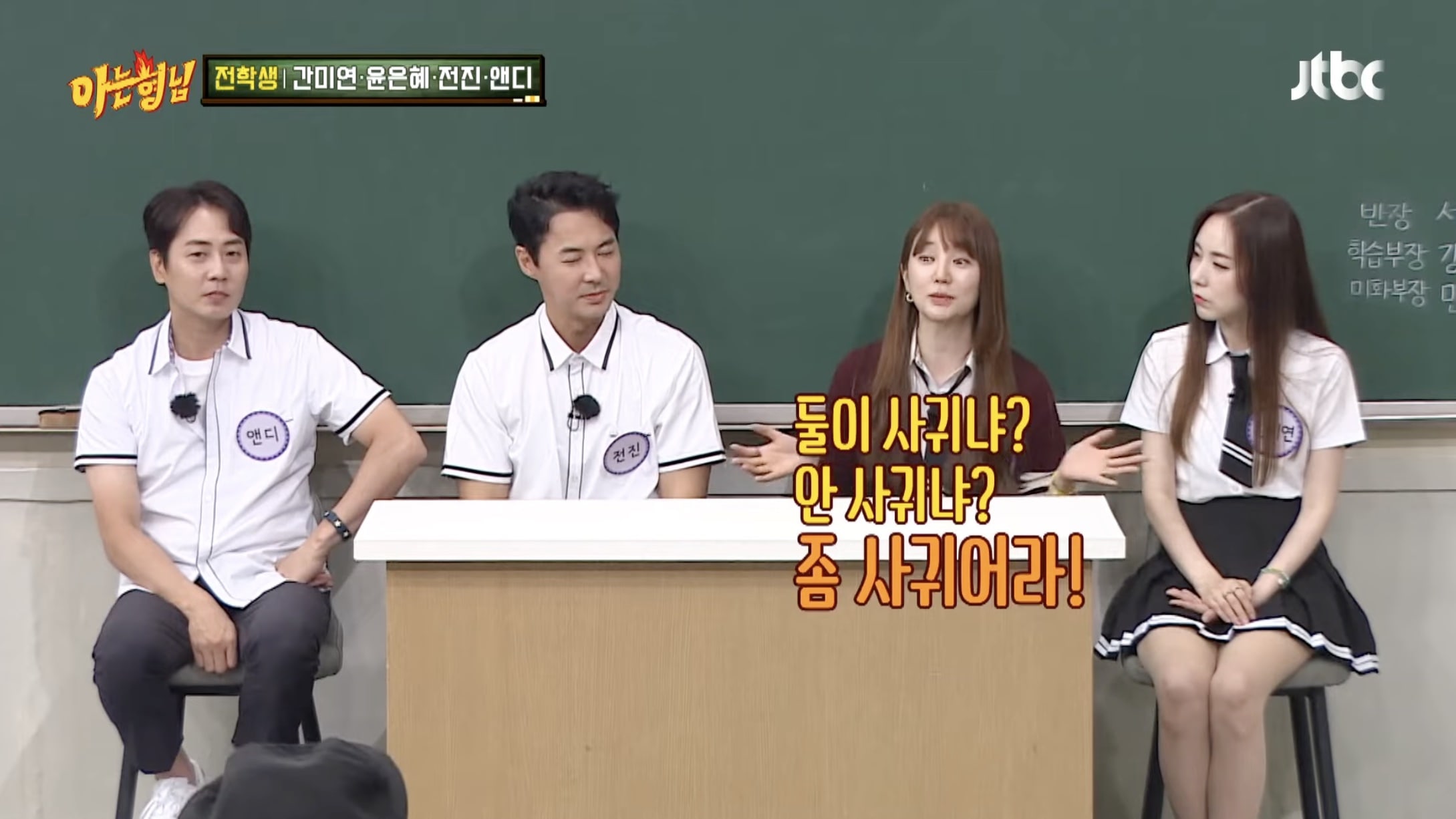 Yoon Eun Hye said frankly, “My heart skipped a beat in that moment. I get a lot of questions about whether we really dated. It’s probably the same amount that Seo Jang Hoon gets asked to shoot a three-pointer wherever he goes.” She added, “Even my parents asked me if it were real. I think my parents were cheering for it to be real.”

She said that Kang Ho Dong, who was also on “X-Man,” had also gotten immersed in the “love line.” “He told me that if we got married, he would give us 10 million won [about $8750] as a congratulatory gift. At that time, that was an incredible amount of money to me. He also said he’d give us his belt from when he was a ssireum [Korean wrestling] champion. I was a big fan of wrestling then and I really wanted that.” 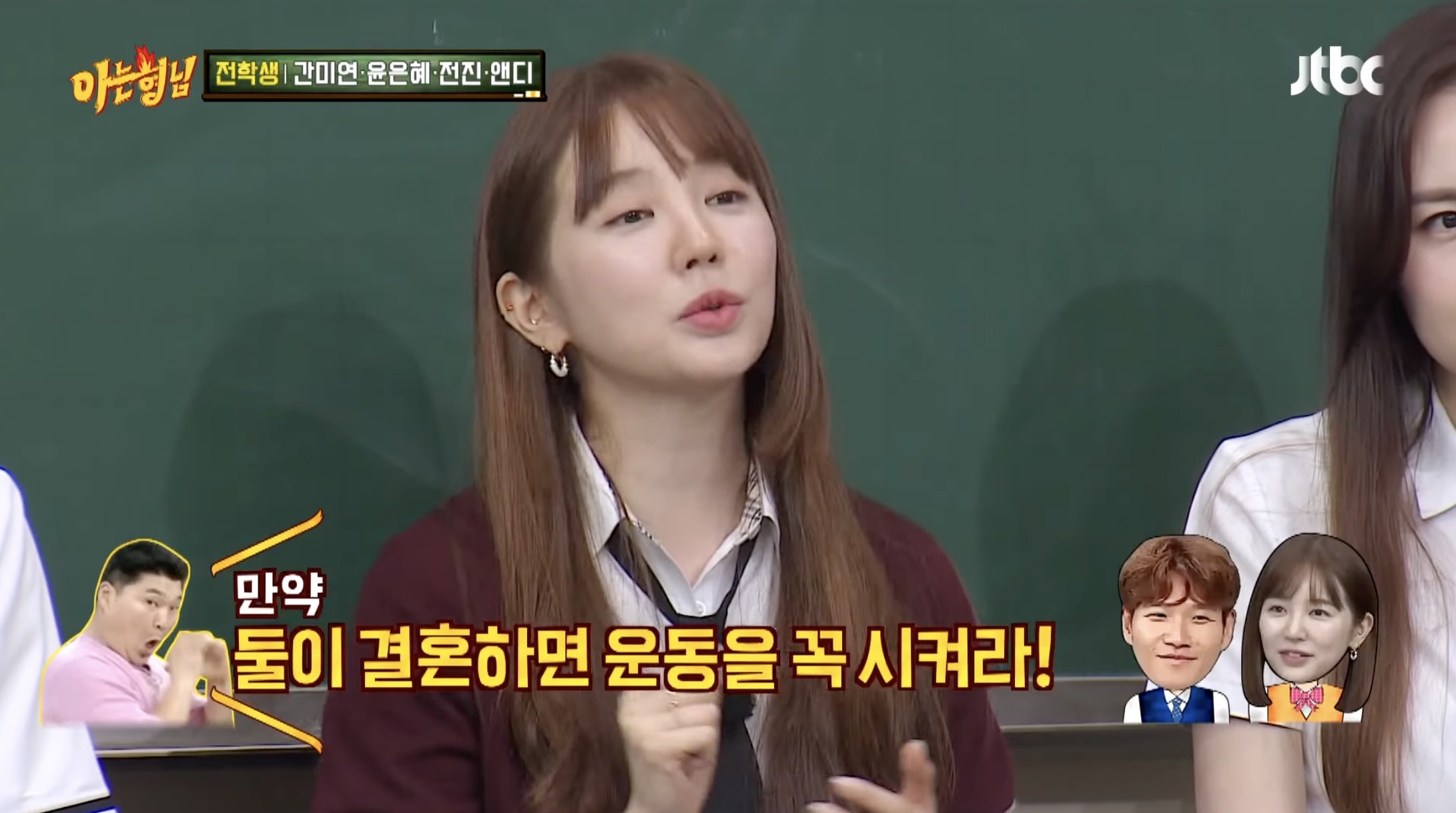