SBS’s “Running Man” has shared a fun sneak peek of its next episode!

On the upcoming July 18 episode of the variety show, several of Song Ji Hyo‘s co-stars from her new drama “The Witch’s Diner“—Nam Ji Hyun, Chae Jong Hyeop, and Ha Do Kwon—will be appearing as guests.

“Running Man” fans may remember that every time “The Penthouse” scene-stealer Ha Do Kwon has appeared on the show, he has always jokingly announced that his goal was to “beat Kim Jong Kook”—but unfortunately, he is currently 0 for 3 in terms of wins.

During his fourth guest appearance on the show, Ha Do Kwon will challenge Kim Jong Kook to yet another showdown. The actor jokingly declares, “I’m going to show you the end of Kim Jong Kook!” before revealing his surefire strategy for taking down the “Running Man” star.

While Kim Jong Kook appears unfazed by the challenge, the other “Running Man” members hilariously root for Ha Do Kwon, shouting, “Let’s give Kim Jong Kook some proper humiliation!”

However, once the match is underway, everyone is surprised by Ha Do Kwon. Caught off guard by his intensity, Kim Jong Kook exclaims, “He must have really made up his mind [to win] before coming here today,” and the other cast members joke, “Is this the UFC?”

Other notable matches will include HaHa going up against Ji Suk Jin, who confidently declares, “I’m working out these days,” and Jun So Min unexpectedly giving Yoo Jae Suk a run for his money in the ring. 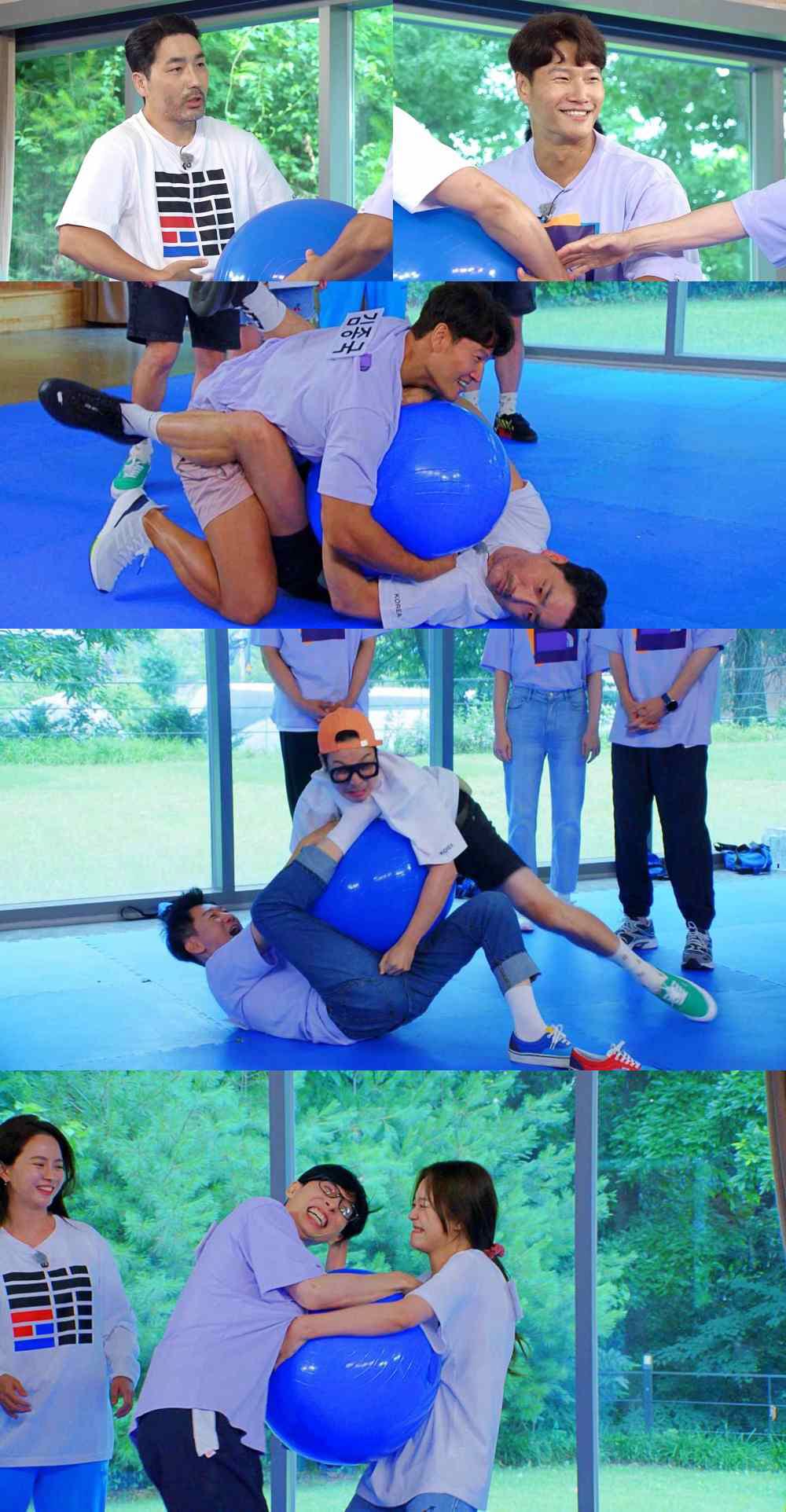 In the meantime, check out “The Witch’s Diner” with subtitles here…

…and catch up on past episodes of “Running Man” here!