8 Korean Period Films To Watch Before Summer Is Over

There’s something about summer that makes it perfect for period films, or sageuks. With warm weather and vacation days, it’s easy to crave the taste of adventure — and there’s no adventure quite like that of being whisked back in time by films set in bygone eras. With epic sword fights, palace drama, and stunning scenery and costumes, the eight films on this list are sure to please. So if you’re longing for one last taste of excitement before summer draws to a close, be sure to check out one (or all) of these films! 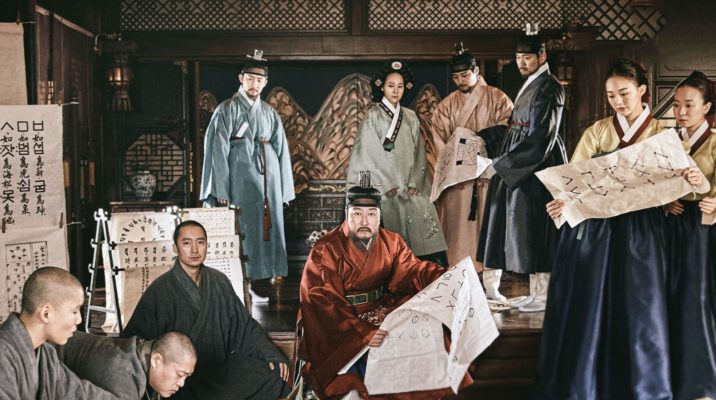 The fact that “The King’s Letters” stars Song Kang Ho is about all you need to know to figure out that it’s a must-watch! In his first film after the award-winning “Parasite,” the veteran actor plays the role of famed King Sejong the Great, as he works tirelessly to create Korea’s alphabet, hangul. Breaking with the difficult Chinese characters used at the time, Sejong is determined to design a perfect, easy-to-read script that will allow his people greater access to literacy. The king brings in Buddhist monk Shin Mi (Park Hae Il) to help with his project, but the two must work through their own differences amid swirling ideological tensions in a clash between Buddhism and Confucianism. While not entirely historically accurate, “The King’s Letters” offers some informative explanations into the design of the Korean alphabet, as well as a unique spin on a well-known tale. It’s also a captivating and nuanced character study of Korea’s most famous historical figure, by one of the country’s top actors!

Check out “The King’s Letters”:

This swashbuckling adventure is set just at the founding of the Joseon Dynasty, kicking off with a riotous premise: when a whale has swallowed the Ming emperor’s Royal Seal, a hefty reward is offered to whoever can retrieve this treasure. Naturally, half of Joseon seems up to the challenge, but the ultimate race is on between Jang Sa Jung’s (Kim Nam Gil) group of bandits and Yeo Wol’s (Son Ye Jin) horde of pirates — as well as government officials that are hot on the trail. Equal parts action and comedy, wrapped in a period setting, “The Pirates” offers a dose of fun that is in no small part thanks to its memorable characters. Jang Sa Jung is equal parts clumsy, quirky, and charming, and his chemistry with the badass pirate queen Yeo Wol is the cherry on top of this seafaring adventure! 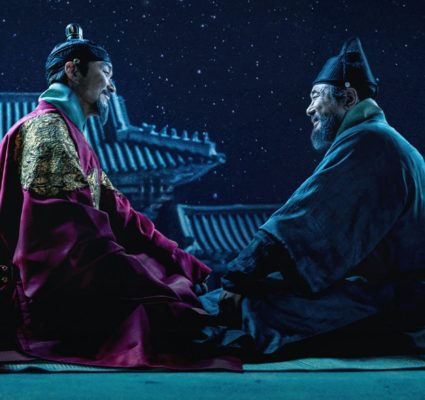 Another film set during the reign of King Sejong the Great, “Forbidden Dream” centers around the friendship between King Sejong (Han Suk Kyu) and another famous historical figure: Jang Yeong Sil (Choi Min Sik). Born in a lowly social class, Jang became one of Joseon’s premiere scientists after the king recognized his brilliant mind and brought him into the palace. “Forbidden Dream” traces the deep friendship that forms between these two great men, as they pursue scientific inquiry and invention to elevate the kingdom of Joseon. Things take a tragic turn, however, when Sejong is forced to choose between his loyalty to his friend and to his people. “Forbidden Dream” is a standout movie for its actors’ incredible chemistry, which imbues the film with a poignant focus on friendship and devotion. Plus, the two renowned figures’ dedication to each other and to scientific pursuits makes it an inspiring watch that leaves a lasting impression.

4. “The Princess and the Matchmaker” 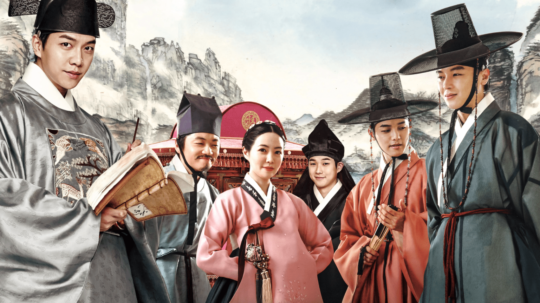 Princess Songhwa (Shim Eun Kyung) is rumored to have bad luck. So when four potential husbands are chosen for her based on the word of a fortune teller, she decides to find out for herself what her suitors are like. The escape-from-the-palace trope is a classic, but “The Princess and the Matchmaker” hits differently. Led by the always charming Lee Seung Gi in the role of an expert reader of matrimonial harmony, this film is full of surprises, laughs, twists of fate, and an absolutely perfect ending. It doesn’t hurt that this all-star cast includes Yeon Woo Jin, CNBLUE’s Kang Min Hyuk, Choi Woo Shik, SHINee’s Minho, and more! You can check out the trailer here: 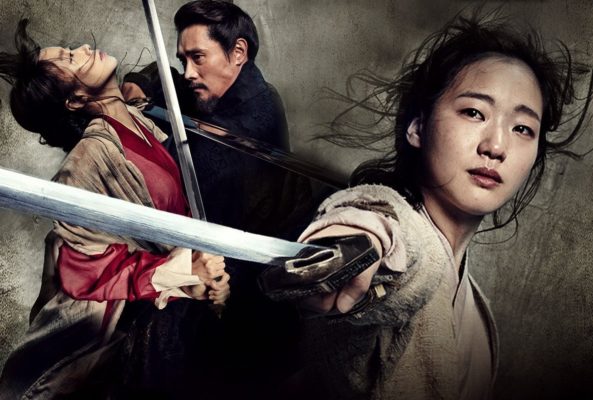 A tale of destiny, betrayal, and tragedy with a martial arts twist, “Memories of the Sword” will give you all the drama you’ve been craving. In the Goryeo Dynasty, three warriors rise up against their incompetent king — only for one, Deok Gi (Lee Byung Hun), to betray the others. Seol Rang (Jeon Do Yeon) escapes with an infant girl, who takes the name Seol Hee (Kim Go Eun). Seol Rang raises Seol Hee and trains her in swordsmanship so she can take revenge on Deok Gi — but when fate leads Seol Hee’s and Deok Gi’s paths to cross, Seol Hee learns a terrible truth about who her enemies really are. In the style of a martial arts epic, “Memories of the Sword” is a feast for the eyes when it comes to breathtaking, artfully crafted action scenes. These go hand in hand with tragic melodrama and ill-fated romance, all brought to life with stunning performances by top actors!

Watch “Memories of the Sword”: 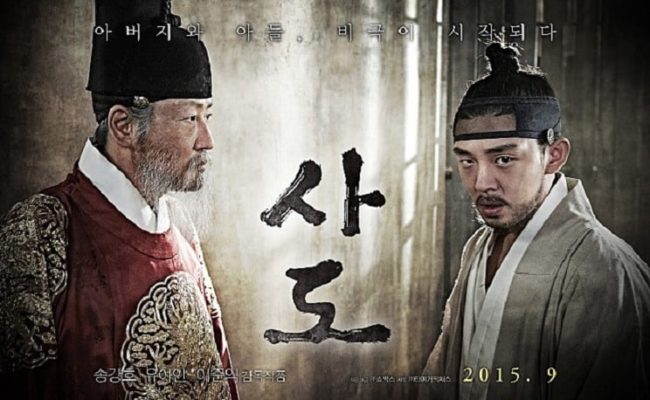 Helmed by Song Kang Ho and Yoo Ah In, “The Throne” is a phenomenal cinematic depiction of true historical events. In the Joseon Dynasty, Crown Prince Sado (Yoo Ah In) is accused of plotting treason against his father, King Yeongjo (Song Kang Ho). As punishment, the king orders his son to be imprisoned in a wooden rice chest and left to die a slow, painful death. “The Throne” packs an emotional punch by focusing on the gradual deterioration of the relationship between father and son, which is told in parallel to Sado’s confinement. Yeongjo begins a doting father, but even Sado’s most ardent efforts cannot please the king — and “The Throne” takes a deep dive into the psychological toll and tragic outcome of this relationship. 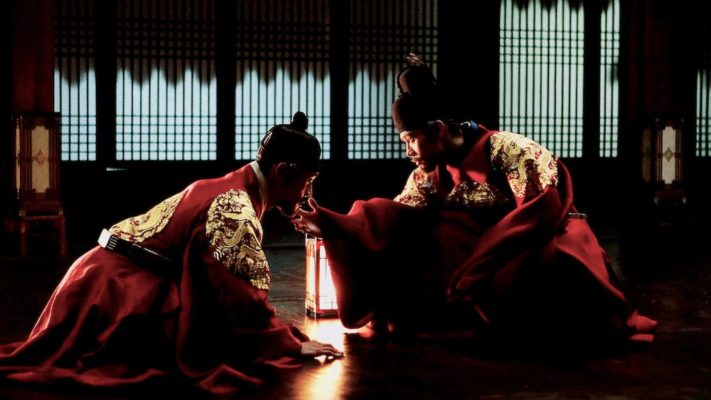 Lee Byung Hun stars in the dual role of Joseon’s King Gwanghae and a clown named Ha Sun in this famous sageuk. Paranoid that there is a plot to poison him afoot, Gwanghae orders his councilor to find a doppelgänger to take his place on the throne. But when lookalike Ha Sun turns out to be a better king than the king himself — with more care for his people and for those who serve him in the palace — what will happen when Gwanghae returns? “Masquerade” offers not only a dose of drama but also plenty of comedy, as Ha Sun’s introduction to the palace leads to hilarious fish-out-of-water antics. But the best part of this film by far is Lee Byung Hun’s fantastic portrayal of two diametrically opposite characters. “Masquerade” was so popular that it was even remade into a drama, “The Crowned Clown,” in 2019! You can check out the trailer for the film here:

Like many sageuks, “Kundo” tackles the themes of corruption and greed. But rather than dwell too heavily on its serious content, this film packages it in boisterous humor and epic martial arts action that will have you on the edge of your seat! In the late Joseon Dynasty, when one’s birth determines one’s lot in life, Dolchi (Ha Jung Woo) is born a lowly butcher and Jo Yoon (Kang Dong Won) is an illegitimate son to a noble father. Dolchi joins a group of bandits who steal from the wealthy to give to the starving and impoverished common people — but his escapades draw him towards an ultimate showdown with Jo Yoon, his arch nemesis. Both dramatic and funny, “Kundo” has a little something for everyone, but the highlight by far is its well-choreographed sword fights and action scenes, often set against stunning scenery — and with the symbolism of character’s weapons of choice: Jo Yoon’s sleek sword versus Dolchi’s twin butcher’s knives.

Hey Soompiers, have you seen any of these films? Which are you planning to watch? Let us know in the comments!

Soompi Spotlight
KUNDO: Age of the Rampant
The Pirates
The Throne
Memories of the Sword
Masquerade
The Princess and the Matchmaker
The King's Letters
Forbidden Dream
How does this article make you feel?