The drama is highly anticipated among viewers because of the meeting between Shin Min Ah and Kim Seon Ho. From the news of their casting, viewers had been curious about the adorable chemistry the two actors will showcase with the new romance drama.

In the poster, Kim Seon Ho and Shin Min Ah continue to raise anticipation for their characters’ romance.

Although Yoon Hye Jin walks a bit of a distance behind Hong Doo Shik, they still manage to create a heart-fluttering vibe between them. The text on the poster reads, “The moment our hearts began to dance,” raising even more questions about how the two people will begin their relationship. 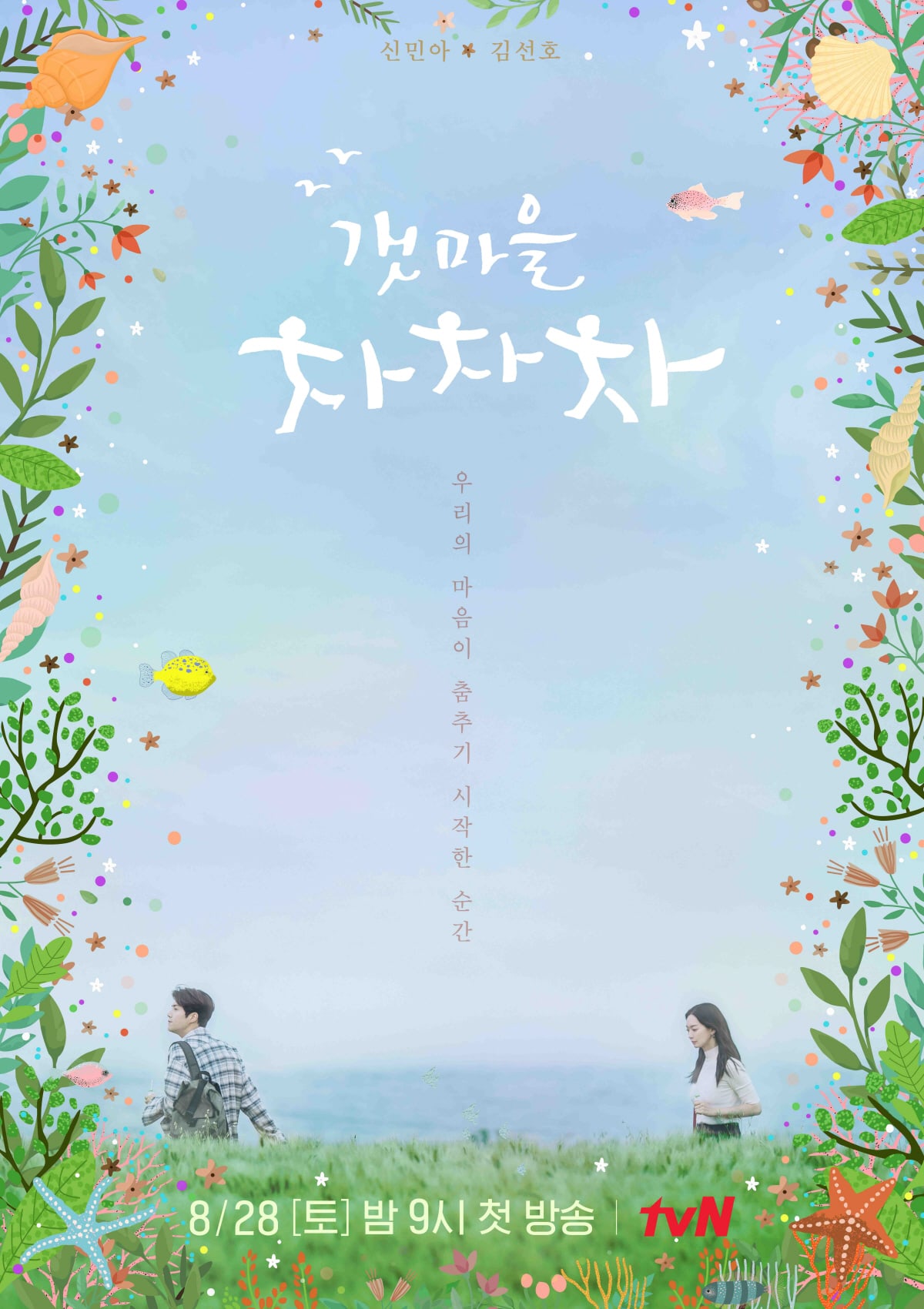 The production team shared, “Since it’s the first representative image revealed for ‘Hometown Cha-Cha-Cha,’ we wanted to fully show the charm the drama possesses. We tried to capture Hye Jin and Doo Shik’s romance as well as the comfort that viewers can feel through the seaside village of Gongjin.” They added, “Please anticipate the changes in their relationship and how the distance between Hye Jin and Doo Shik, who are separated afar now in the poster, will gradually get closer.”