“Police University” stars Cha Tae Hyun as a professor and Jinyoung and Krystal as students at an elite police university who team up for a chaotic investigation. Cha Tae Hyun plays Yoo Dong Man, a police detective who throws himself headfirst into investigations. Jinyoung plays Kang Sun Ho, a former hacker, and Krystal plays Oh Kang Hee, his fellow student at the police university.

Veteran detective Yoo Dong Man and genius hacker Kang Sun Ho will clash fiercely with one another while still affectionately working together to create chemistry that crosses the barrier between generations. In the newly released poster, Yoo Dong Man and Kang Sun Ho portray hilarious synergy. Yoo Dong Man has an arm slung around Kang Sun Ho’s neck with a smug facial expression. The message above his head reads, “You want to be a police officer? Come here, I’ll teach you.”

Kang Sun Ho is awkwardly caught in Yoo Dong Man’s embrace, hinting that they’ll inevitably become intertwined with one another. The text next to Kang Sun Ho states, “I… I am in your hands.” The contrast between Yoo Dong Man in his police uniform with an easygoing expression and Kang Sun Ho in his school uniform with a tense look raises anticipation for their upcoming chemistry and teamwork. 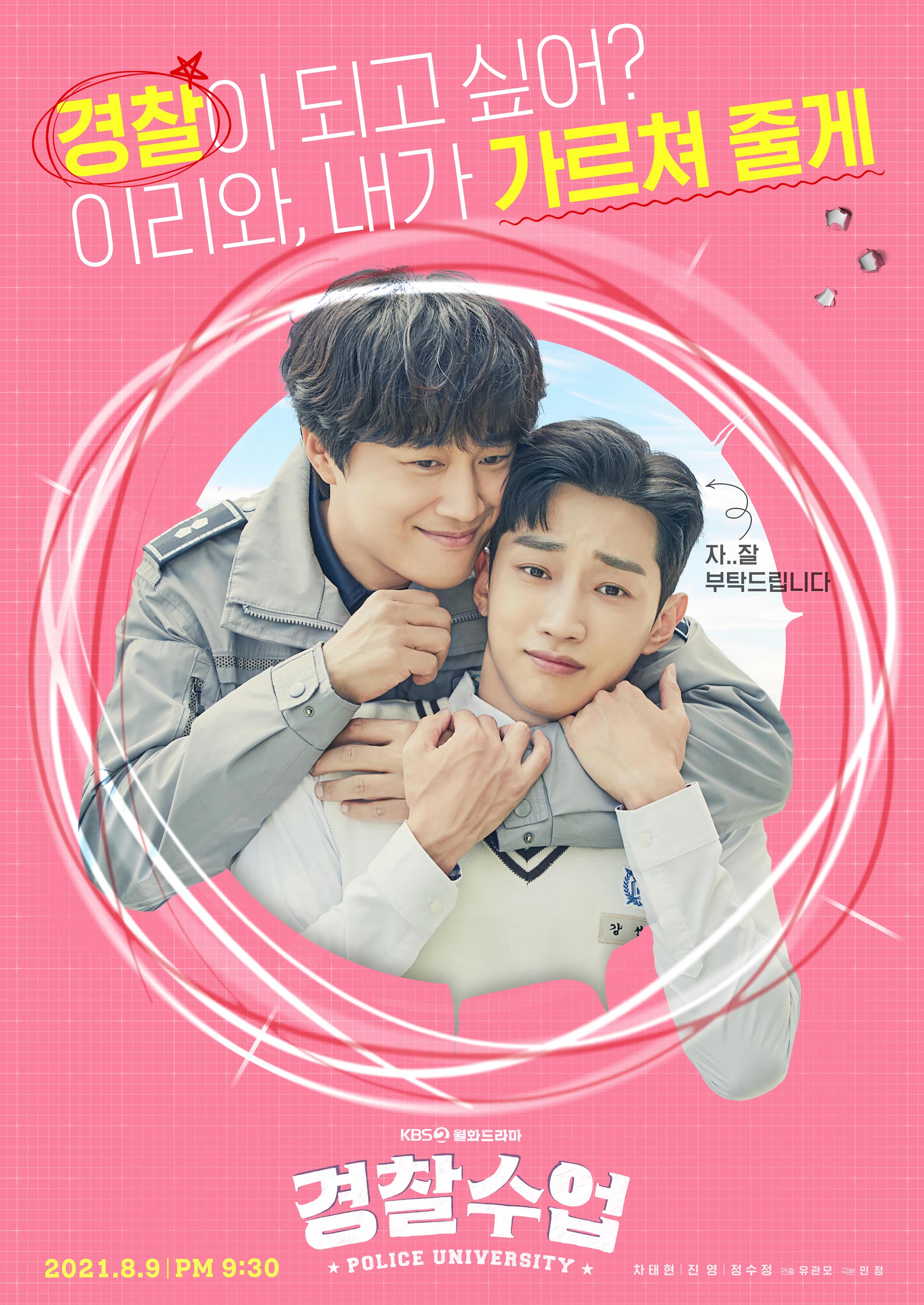 Yoo Dong Man represents the older generation, running anywhere and anytime on foot if it’s to the scene of a case, while Kang Sun Ho represents the current digital generation, utilizing his intelligence to become a genius hacker. Viewers are curious to see how the two vastly different figures will come to meet as a professor and student.

Scriptwriter Min Jung shared, “‘Police University’ is a story about the growth of young adults, and it’s simultaneously an investigative mystery that works to solve a case that lies at the center of the story. The students who dream of becoming police officers and the professors who teach them are teachers and disciples as well as partners.”

“Police University” premieres on August 9 and will be available on Viki. Watch a teaser for the drama here!