Along with new stills of Park Ha Sun and Ha Seok Jin, the production team revealed that the two actors will be making cameos on the show as the role of a star couple. At the house Na Young Won (Jung So Min) and Shin Kyum (Jung Gun Joo) visit to report on, Park Ha Sun and Ha Seok Jin will participate in a photo shoot while sporting couple clothing. In the stills, they appear to be a picture perfect couple with their affectionate gazes and gentle smiles. 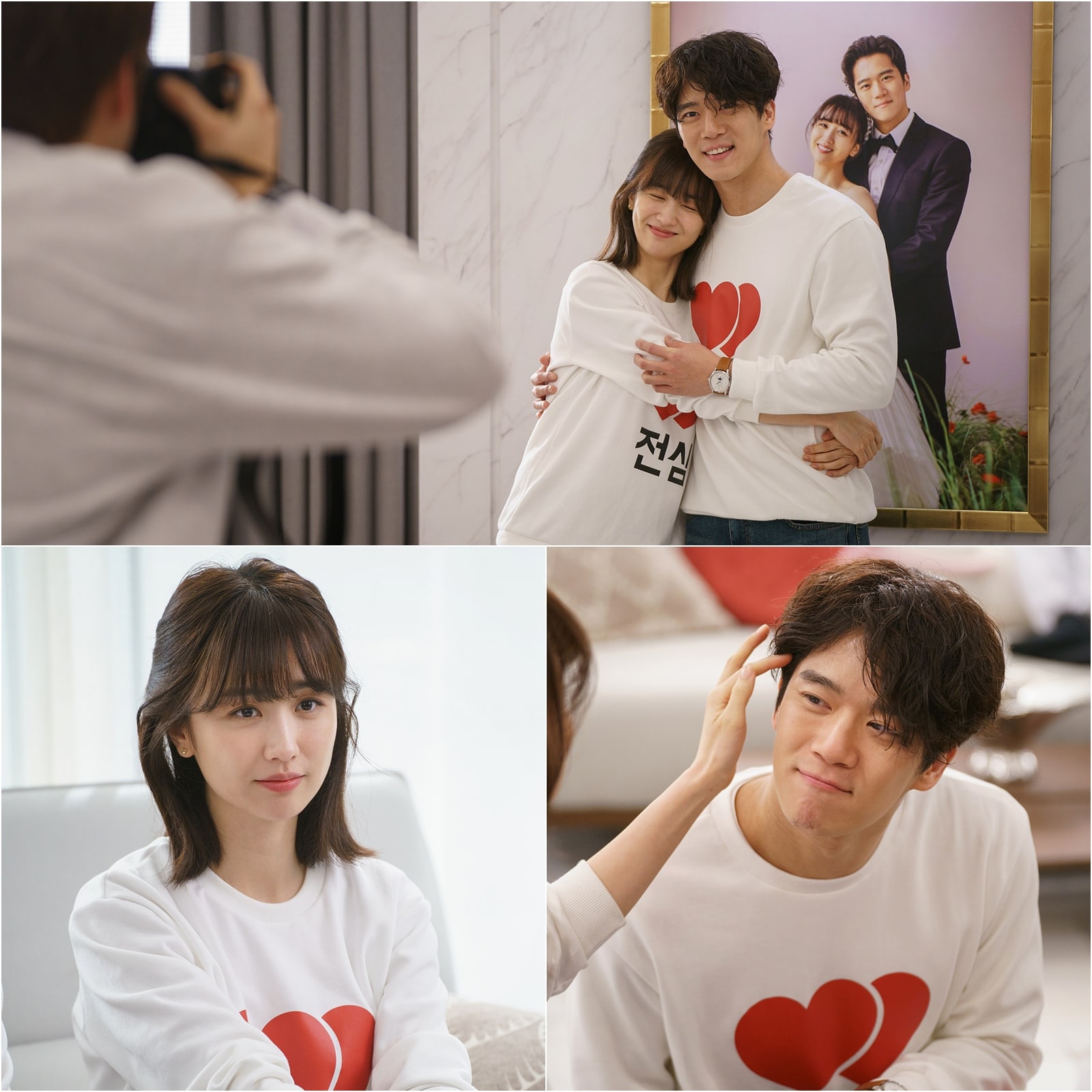 “Monthly Magazine Home” has already garnered much attention for its special appearances. Previously, Shim Yi Young appeared as a famous architect and Kim Dong Young appeared as her husband as well as Na Young Won’s ex-boyfriend. The two left a strong impact with their parody of the drama “The World of the Married” and the film “Parasite.” Lee Jung Eun, who appeared as the magazine’s copy editor, depicted a hilarious story of moving to Jeju Island to live like Lee Hyori, only to dream of returning to Seoul within two months of moving due to the loneliness.

The production team shared, “Ha Seok Jin and Park Ha Sun’s special appearance occurred due to their relationship with ‘Drinking Solo’ scriptwriter Myung Soo Hyun. Despite it being a brief appearance, they readily agreed, and we’re grateful to the two people who enthusiastically participated in the filming.” They added that the two actors will make viewers explode with laughter, mentioning, “There’s an unexpected twist, so please look forward to that.”

The production team’s comment that the couple will be hiding something, along with the couple’s overly affectionate actions, seems to hint that there’s more to the story than there appears to be, making viewers curious about the upcoming episode.

The next episode of “Monthly Magazine Home” airs on July 21 at 9 p.m. KST.