Park Ji Hoon, Kang Min Ah, Bae In Hyuk, And More Bid Farewell To “At A Distance Spring Is Green” With Closing Remarks

The cast of “At a Distance Spring is Green” has bid farewell to the drama!

Starring Park Ji Hoon, Kang Min Ah, and Bae In Hyuk, “At a Distance Spring is Green” is a college campus drama about the realistic concerns and love lives of university students. The drama came to a conclusion on July 20 with steady ratings.

Picking favorite scenes from the drama, Park Ji Hoon chose the scene in which Yeo Joon (Park Ji Hoon) converses with Nam Soo Hyun (Bae In Hyuk) in episode 4. Jealous of Nam Soo Hyun acting affectionately with his younger brother, Yeo Joon had lied and said he didn’t have a brother. This scene left a strong impression on Park Ji Hoon because it showed how Yeo Joon had grown up without receiving love from his family.

Park Ji Hoon shared, “I was able to learn about a portion of college life through this project, so it was very fun. While working together with hyung, nuna, and senior actors, I got the feeling that we worked well together, so I was very proud. It was so much fun all throughout filming, so it’s a project that I’m very sad to have come to an end.” 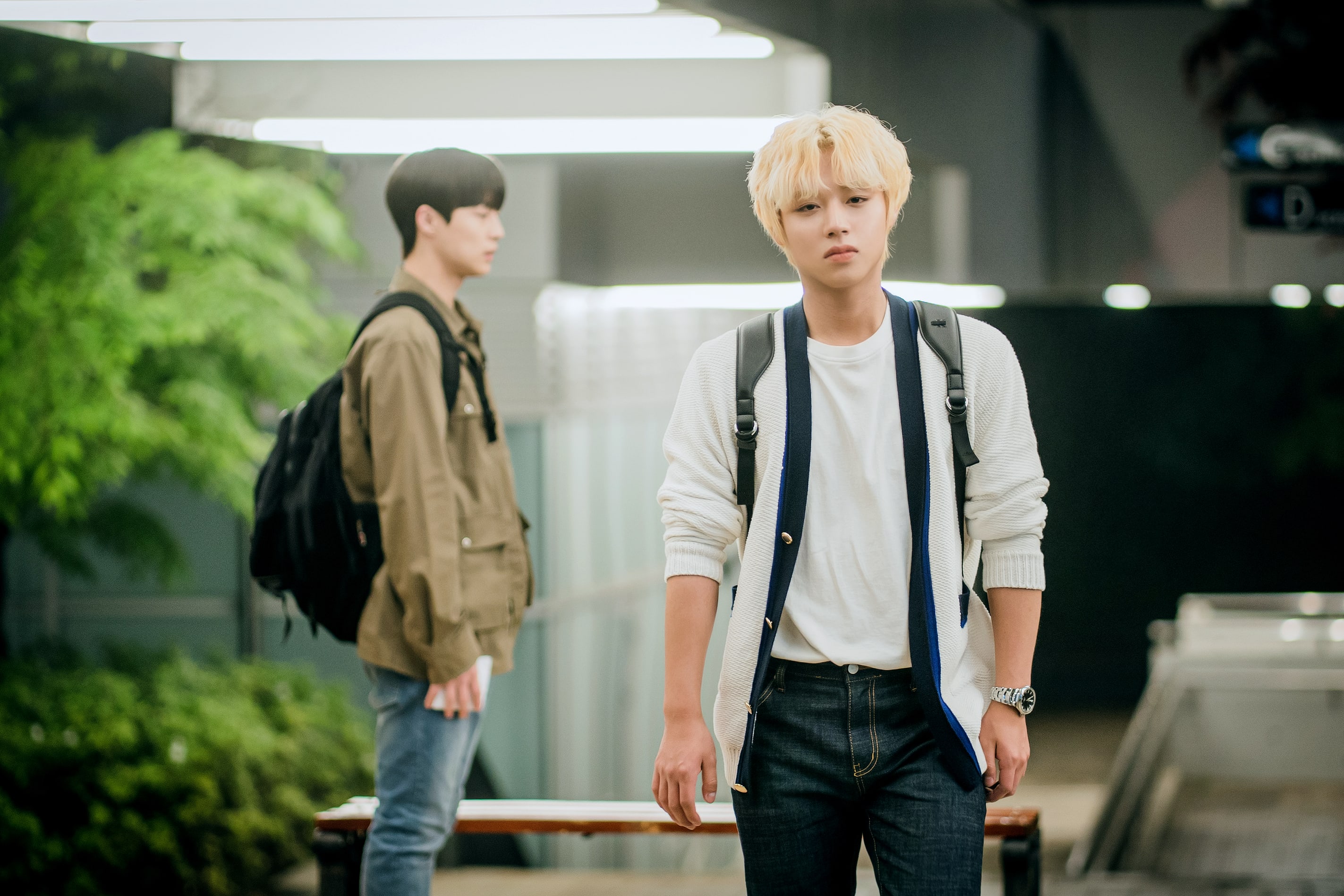 As her most memorable scene, Kang Min Ah picked the first kiss scene between Kim So Bin (Kang Min Ah) and Yeo Joon in episode 7. Although Kim So Bin had always been insecure, she became braver after drinking, and the two shared their heart-fluttering first kiss beneath the streetlight. Kang Min Ah shared, “The visual image was beautiful, and it was a fun experience because I could act out a different side of So Bin.”

She continued, “I personally felt that I gradually got closer with So Bin as we progressed, so I felt really sad when we were about to end. I also noticed the viewers adoring the character of So Bin more as time passed, so I felt proud. It was my first time playing a leading role on public television, so I think it’ll remain in my memories for a long time.” 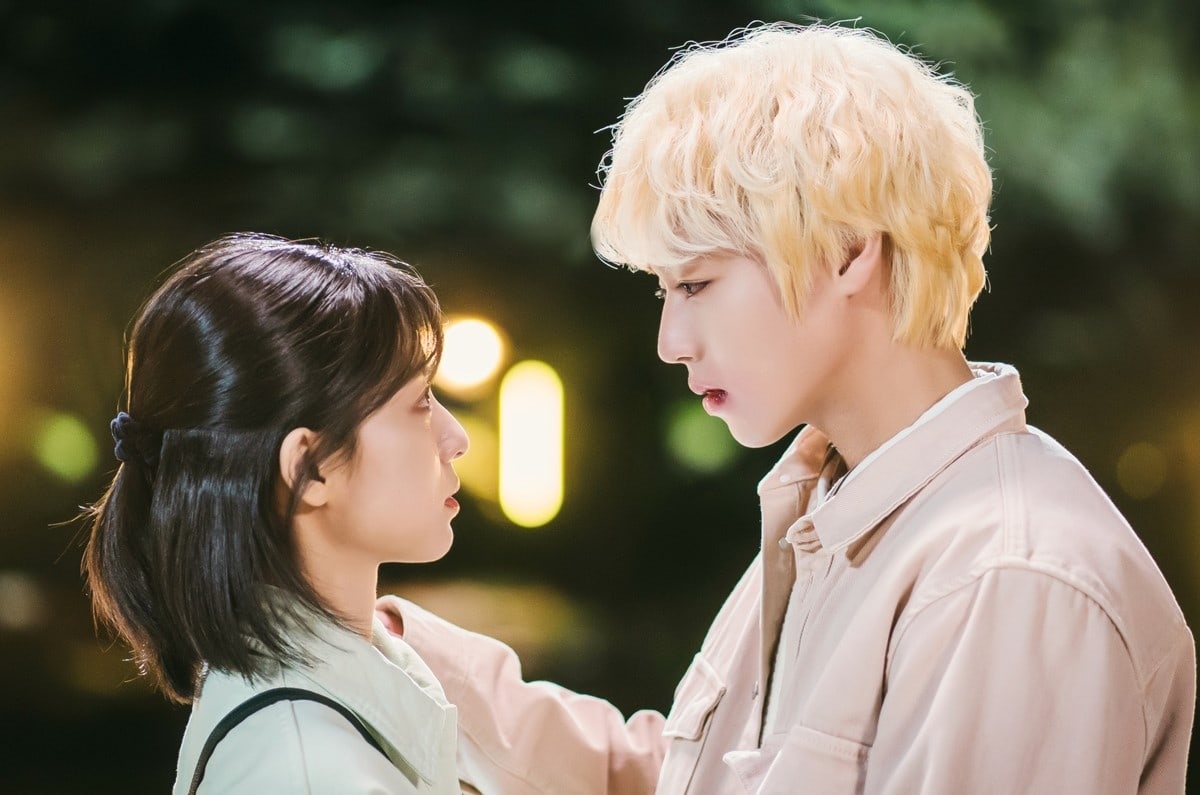 Bae In Hyuk shared that his most memorable scene was the ending of episode 8 when Nam Soo Hyun accepted Yeo Joon’s offer to live together. Forced into a corner due to his miserable circumstances, Nam Soo Hyun finally accepted Yeo Joon’s help. Bae In Hyuk stated, “Nam Soo Hyun couldn’t help but put down his pride, which he seemed unwilling to throw away even if he died, and despite his miserable circumstances that couldn’t get any worse, he somehow seemed comfortable. I think it was a turning point for him.” 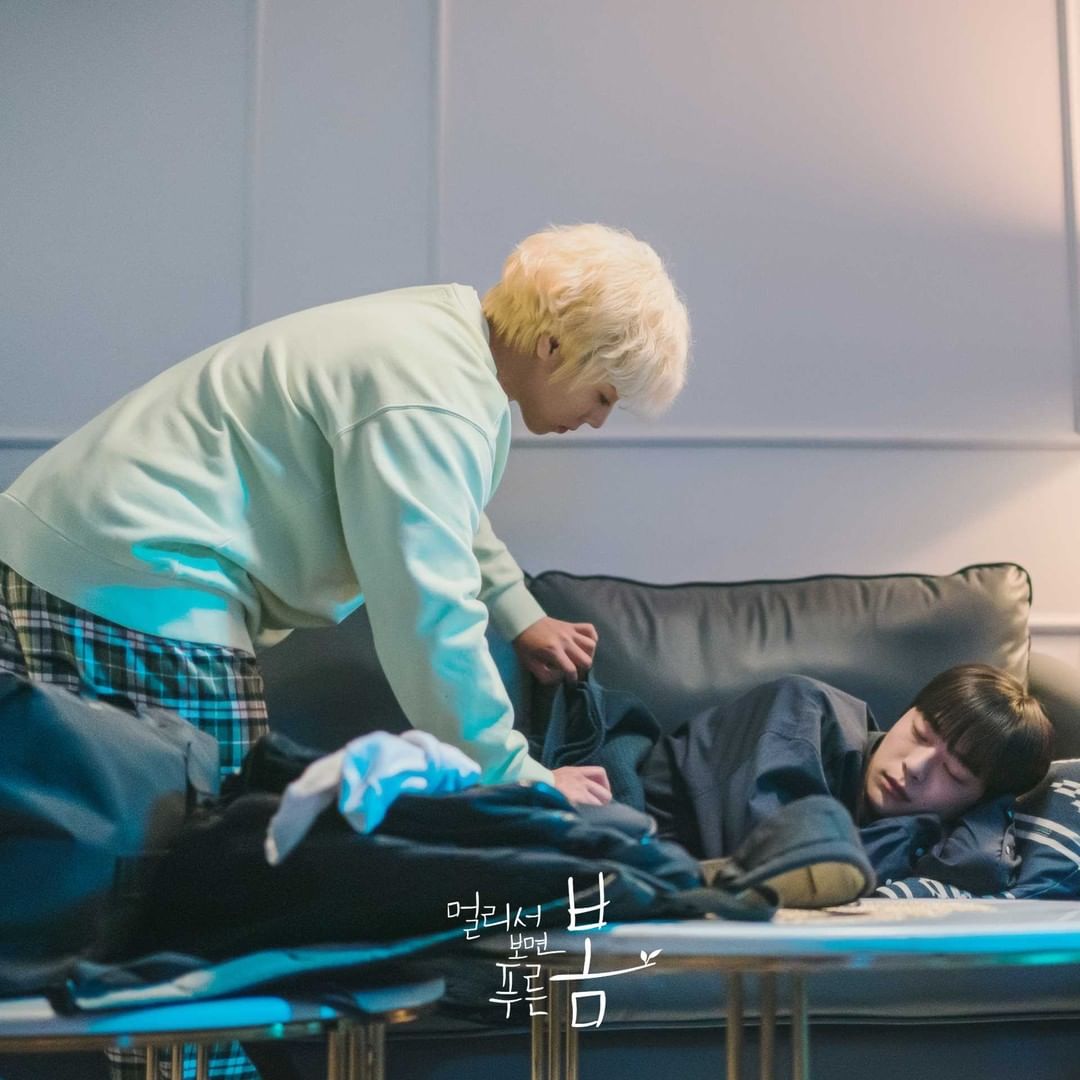 As the role of Gong Mi Joo, Woo Davi captivated viewers with her character’s pure feelings despite her cold exterior. The actress skillfully portrayed Gong Mi Joo, who is used to receiving love but awkward at giving. In particular, viewers related with her expression of the complicated feelings of one-sided love, and she livened up the story with her cool and unique way of ending her unrequited love.

Woo Davi shared, “While acting as the character Gong Mi Joo, who was a difficult character that made me think hard, I got the time to personally think and learn a lot. It’s really bittersweet to say farewell.” She added, “I hope it was a project that did a good job of delivering positive energy to the viewers, and I’ll return with another good project soon.” Woo Davi is currently preparing to star in the upcoming tvN drama “Melancholia” (literal title). 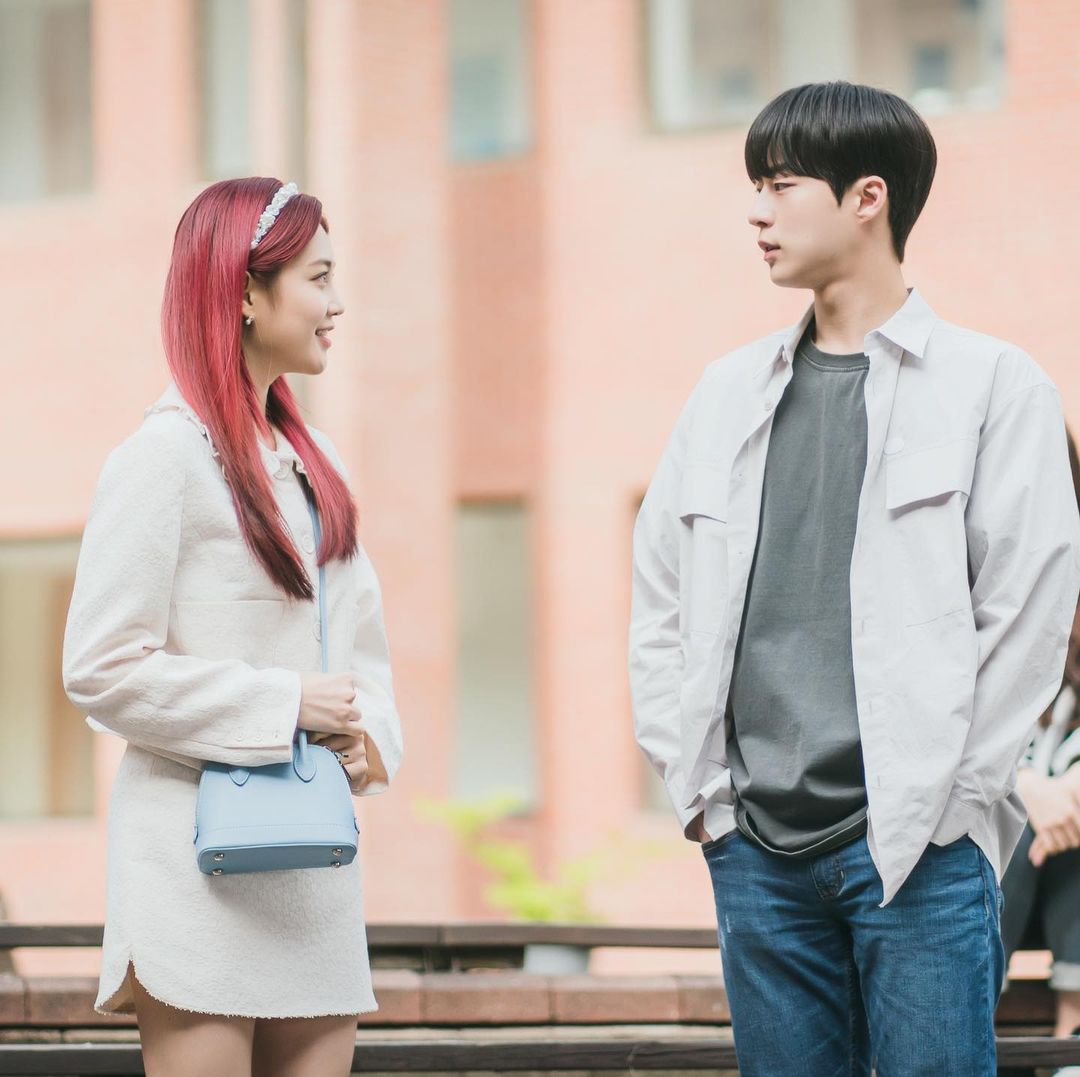 Furthermore, Shin Soo Hyun skillfully portrayed the growth of her character Hye Ji, who once hurt others by discriminating them based on their appearances and family backgrounds. However, she gradually realized her wrongs and eventually apologized to Kim So Bin. Shin Soo Hyun’s realistic acting with her character’s cold gaze and manner of speech captivated viewers, and the actress highlighted Hye Ji’s charm with her great sense of fashion as she modeled various campus looks.

Shin Soo Hyun shared, “It was a set that was comfortable and enjoyable to the extent that it made me miss my past school days. It was my first time acting with actors my age, and I was very happy to take part in this project together through the character of Hye Ji. Thank you to everyone who watched the drama until the end and looked after Hye Ji.” 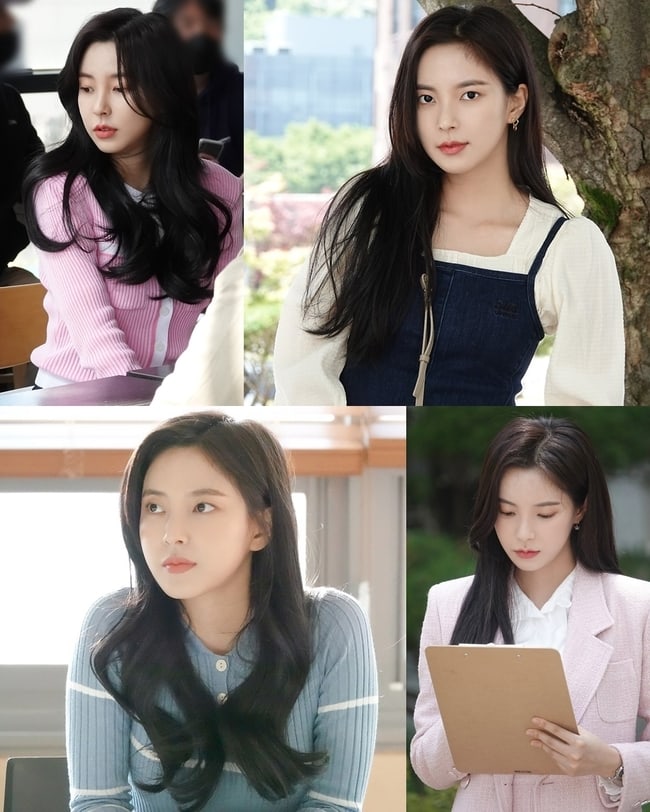 If you haven’t already, start watching “At a Distance Spring is Green” below: