The Great Shaman Ga Doo Shim” is a new fantasy romance drama starring Kim Sae Ron as Ga Doo Shim, a teenager with supernatural abilities who just wants to be an ordinary high school student, but was born to the fate of becoming a shaman. Nam Da Reum will star as Na Woo Soo, a golden boy who starts seeing ghosts after meeting Ga Doo Shim. Together, they embark on a quest to solve a dangerous mystery.

This is Nam Da Reum’s first project after becoming an adult. When asked what he thought after reading the script for the first time, he replied, “I thought the events that happen due to the special existence of evil spirits in the familiar background of school were interesting and that Na Woo Soo was an attractive character. I joined this drama because I think I can greet viewers with a fresh project and a fresh character.”

Nam Da Reum is famous for portraying the younger versions of male leads in dramas. The interviewer questioned how he will regard his first role as a male lead as an adult. The actor said, “Thank you for liking me. I don’t think that the way I regard this role will be much different from before. However, since there is the pressure and responsibility of playing a lead character, I vowed to make an effort so that I can immerse more seriously into the drama.”

Concerning his synchronization with Na Woo Soo, he said, “If I had to pick something I have in common with him, it’s that I was also loved by my teachers when I was a student. And I wasn’t as intelligent as him, but I think I studied hard and got good grades.” 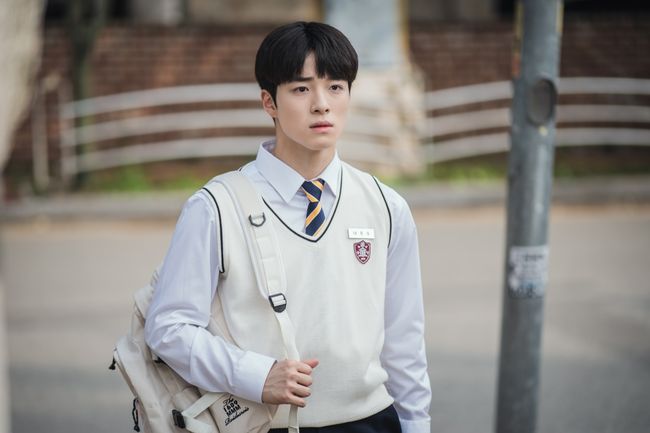 Na Woo Soo is a perfect student with excellent grades, good looks, a wealthy background, and a sense of loyalty towards his friends. When asked how Nam Da Reum portrayed this role so that viewers can immerse into it, he shared, “I think I acted with care so that the viewers could think that Na Woo Soo’s words and actions were natural of someone who is born with a silver spoon and is the school valedictorian.”

On his teamwork with Kim Sae Rom, the actor commented, “Kim Sae Ron nuna took good care of me on the set, so I was able to act more comfortably. She’s only two years older than me, and we’ve been on a similar path, so we had similar concerns and talked about them on the set. I’m very shy, but I was thankful because she was making a lot of effort.”

Lastly, Nam Da Reum shared a message to the viewers. He said, “It’s a drama that you can comfortably enjoy. While watching the values and thoughts of the characters in the drama, I think you might be able to reflect on them. It’s gotten really hot, so please take care of your health, and I hope you enjoy our drama. Thank you.” 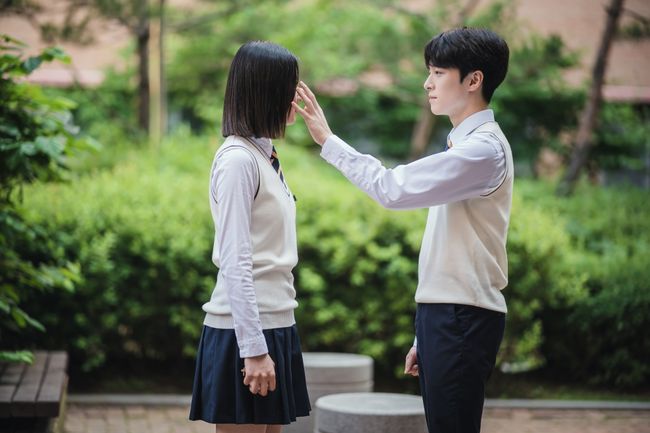 In the meantime, watch Nam Da Reum in “Beautiful World“: