The newly released main poster gives further insight into the exciting story about teenagers who go after evil spirits. Ga Doo Shim and Na Woo Soo are standing next to each other with determination written on their faces. Ga Doo Shim gazes up at something as she balances a sharp ax on her shoulder. Na Woo Soo is looking in the same direction as her, and his expression is stiff as he grips tightly onto rope. The duo exudes an unbeatable aura, and despite the fact that they’re only in high school, they’ll be able to fight against supernatural enemies with their vibrant teamwork.

One of the people behind Ga Doo Shim and Na Woo Soo is Kyung Pil (played by Moon Sung Geun), the principal who turned their high school into the best high school in Korea. His expression is solemn with charisma and pride, and his eyes are sharp like a viper’s. He gives off a cold aura, and there’s somewhat of a smile on his face that hints that he’s hiding a secret.

Hyun Soo (played by Yoo Seon Ho) also stands in the background, and he catches attention with his white hair and different school uniform. Curiosity is mounting over why Hyun Soo can’t leave this world and why he showed up at this particular high school.

The poster also features Il Nam (played by Yoon Jung Hoon), who is best friends with Na Woo Soo and has the lowest grades in his class, and Soo Jung (played by Lee Ji Won), who has a crush on Na Woo Soo. Il Nam stares resentfully at the mysterious figure that is floating in the air, whereas Soo Jung poses with a cute pink handbag and crossed arms that show her coy and jealous personality. 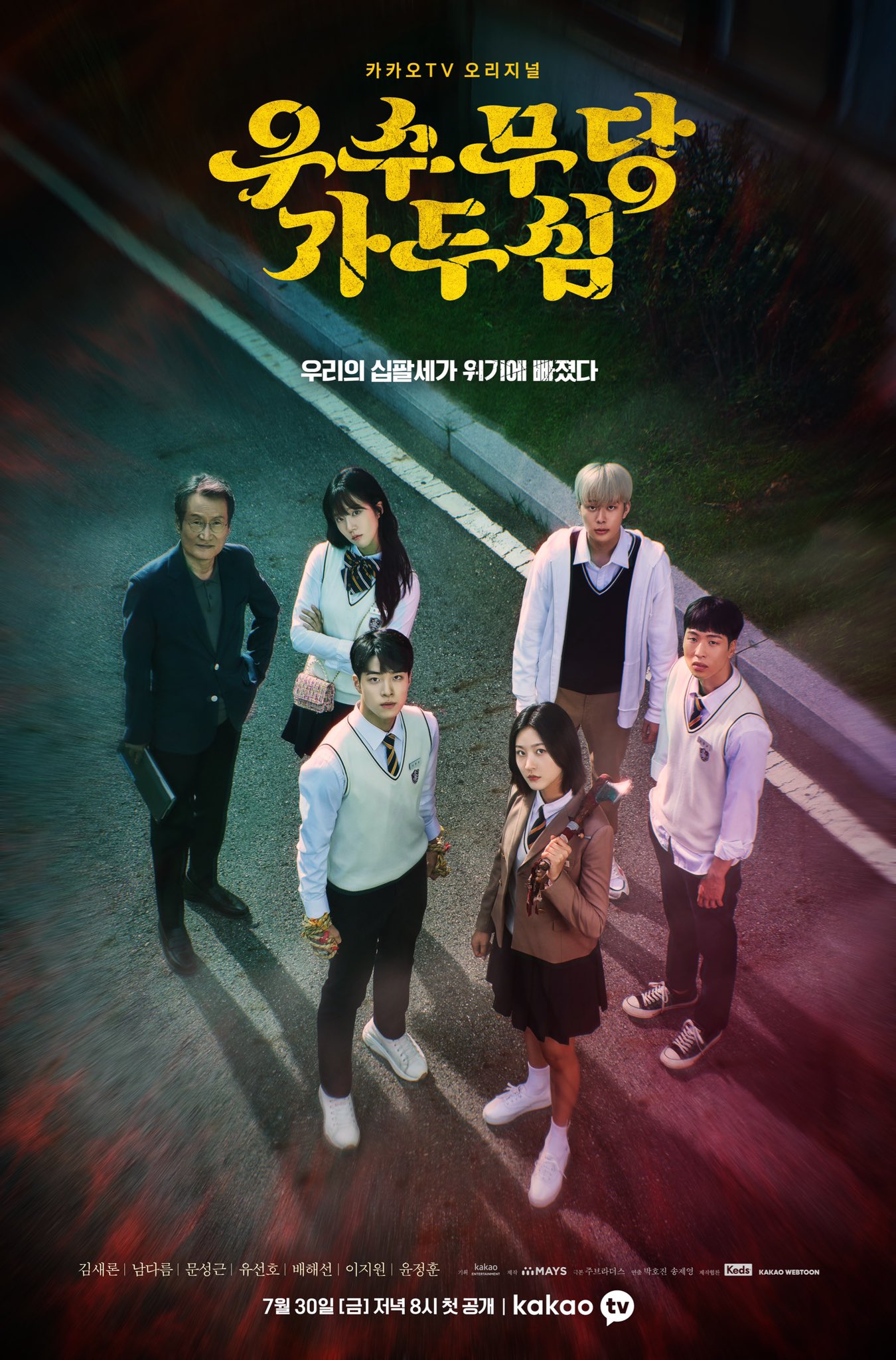 In the meantime, watch Kim Sae Ron in “Mirror of the Witch“: