The five doctors will be reuniting in the upcoming episode of “Hospital Playlist 2”!

In the photos, Lee Ik Joon is talking to someone on the photo with his head slightly tilted, piquing curiosity about who he’s talking with. Chae Song hwa seems a bit tired as she sits back on the sofa and listens to her friends’ conversation, and Kim Joon Wan looks like he has something to say. Ahn Jung Won’s expression is slightly serious, and there is a light smile playing on Yang Seok Hyung’s face. Viewers can look forward to more of their unpredictable story in the next episodes. 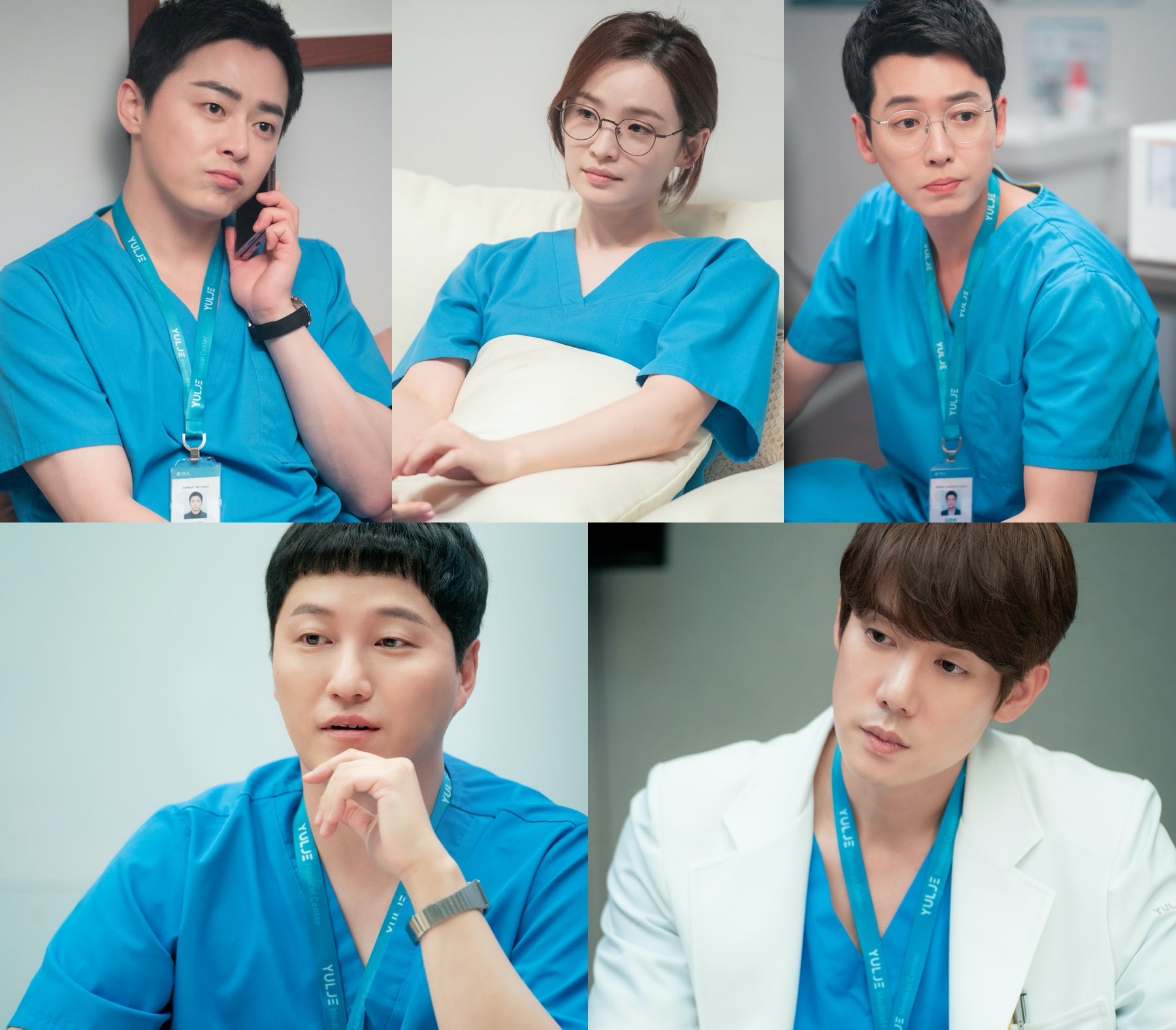 The drama’s producers revealed, “The sixth episode that will air today will show a special story of the five friends, who have been through different changes, as they reunite in a new season, so please look forward to it.”

In the meantime, watch Jo Jung Suk in “Two Cops“: