Based on a hit webtoon, “Imitation” is about the work and love lives of idols in the current generation, when there are hundreds of idol groups competing for a chance in the spotlight.

Previously, Kwon Ryoc (U-KISS’s Lee Jun Young) told SHAX’’s agency CEO Mr. Park (Gong Jung Hwan) that they wanted to prepare for the MML concert without the agency’s help, and Mr. Park was obviously disgruntled by the idea. In particular, it was revealed that Mr. Park blackmailed Kwon Ryoc with the disappearance of Eun Jo (SF9’s Chani) in order to trap the idol in an unfair contract.

New stills show Kwon Ryoc, Do Jin (Yuri), Lee Hyun (SF9’s Hwiyoung), Jae Woo (Ahn Jung Hoon), and Hyuk (ATEEZ’s Jongho) raiding Mr. Park’s office. Tension is thick as the members stand firmly before their CEO, and Mr. Park glowers at them in disbelief. Kwon Ryoc looks especially determined as he stands at the center, and he stares at Mr. Park with clenched fists. Who will win this war of nerves, and what will be the result of it? 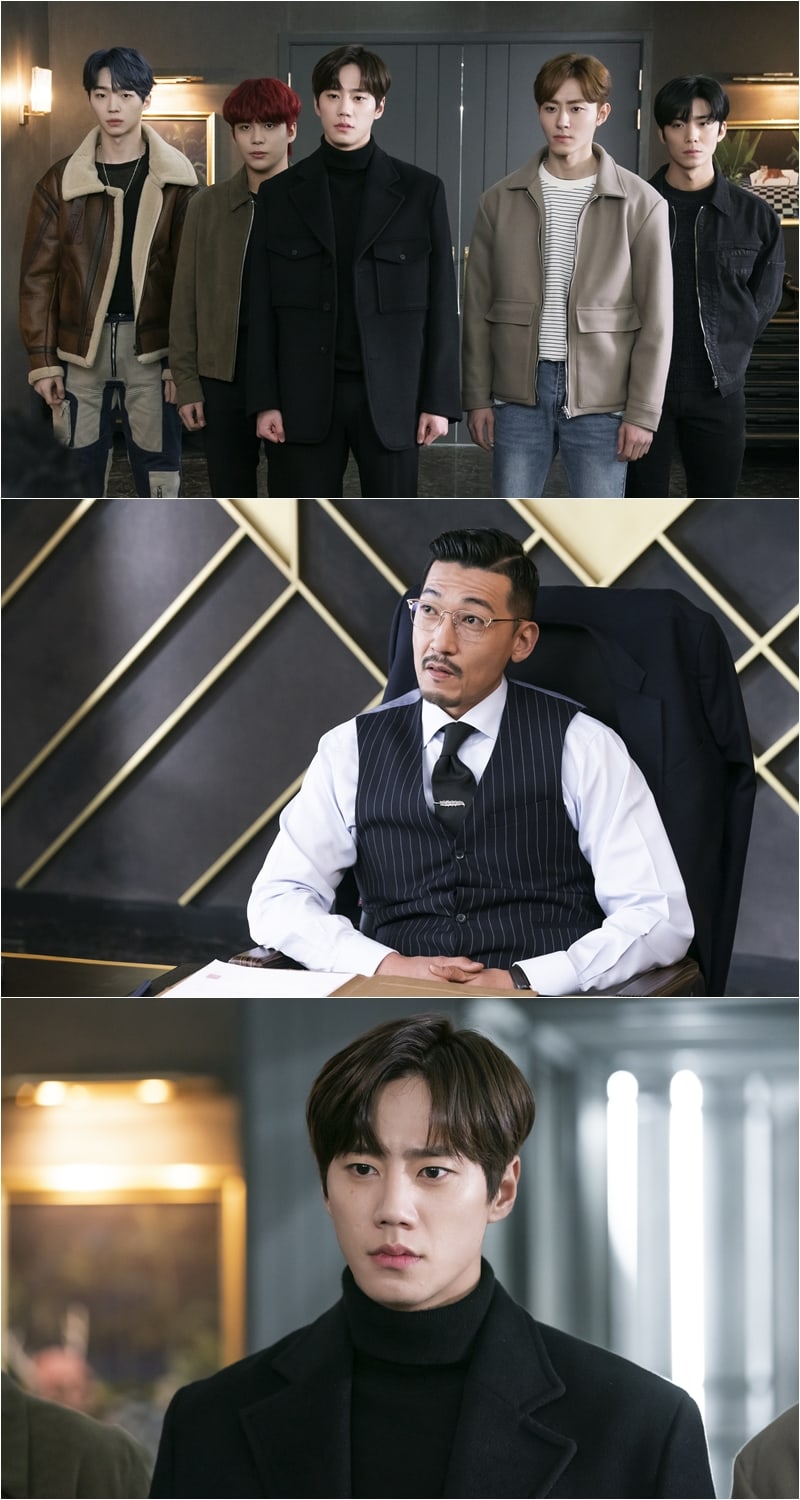 The drama’s producers commented, “The increasing tyranny of Mr. Park has caused viewers to show support for SHAX. Please look forward to the final episode that airs tomorrow where SHAX will make an interesting choice against the agency CEO.”