The new clip shows a glimpse of the five actors’ realistic friendship that makes it seem as if they’ve been close friends for a long time like their characters.

First off, the five actors gather for their band practice scene. Jo Jung Suk and Yoo Yeon Seok rehearse the way their characters will get into a physical fight. Jo Jung Suk jokes, “I’m going to become Wolverine,” making a reference to how his hair will look like afterward. The two give it their all during filming, and once the director gives the “cut” sign, Yoo Yeon Seok apologetically smooths out his co-star’s hair. Jo Jung Suk laughs it off and pats Yoo Yeon Seok’s leg in reassurance. Then all five of them monitor the scene together, and they burst into laughter at the humorous sight of the two actors quarreling. 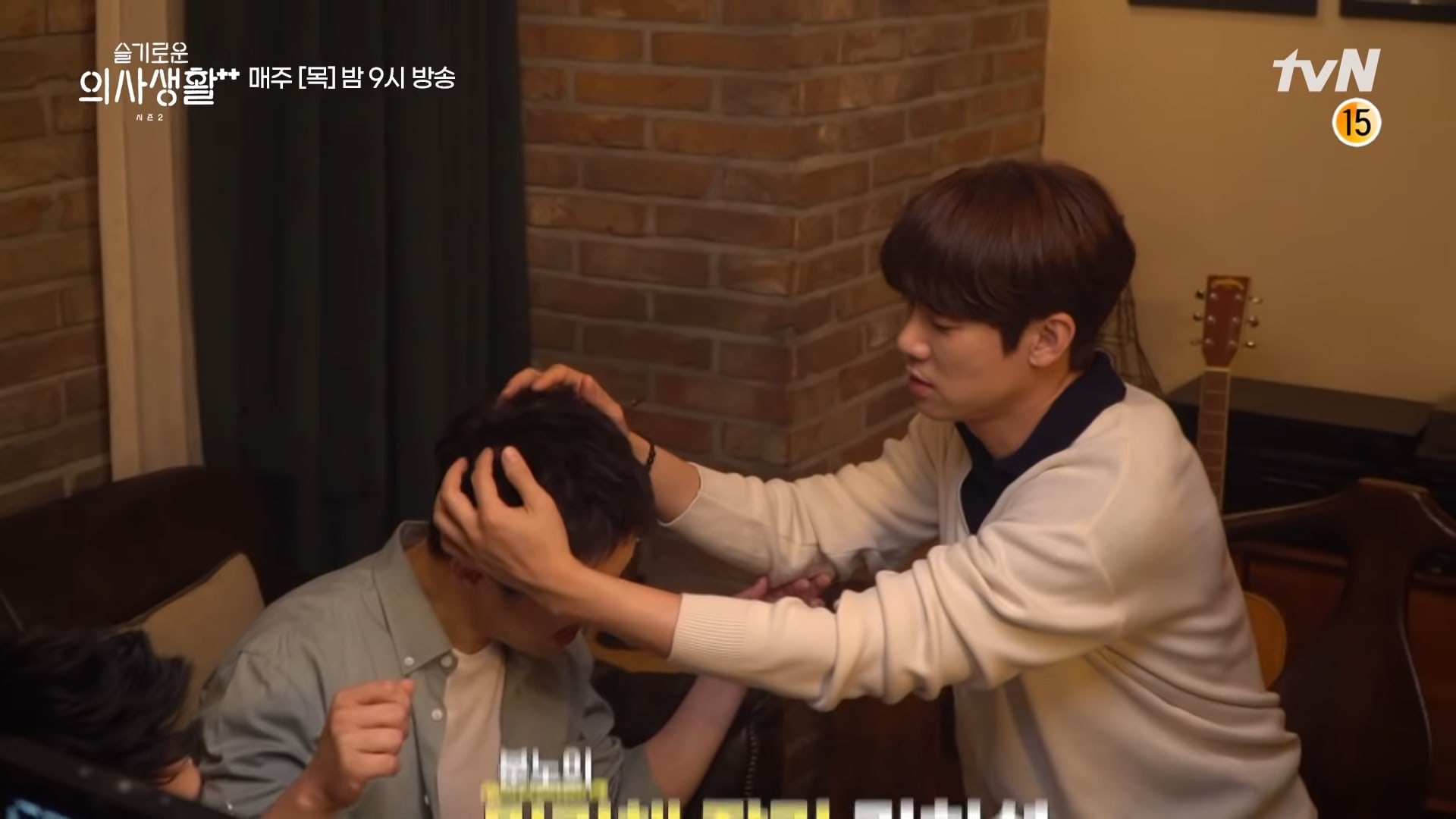 The video then shows Jung Kyung Ho earnestly practicing his guitar. Suddenly, his guitar string breaks, and his jaw slings open in shock. The other actors cheer him on, saying he has become a real guitarist now. Yoo Yeon Seok jokes, “I think you purposely pulled on the string too hard,” and Kim Dae Myung plays along, saying, “I should destroy my piano keyboard too. [Yeon Seok], you should break your drums too.” 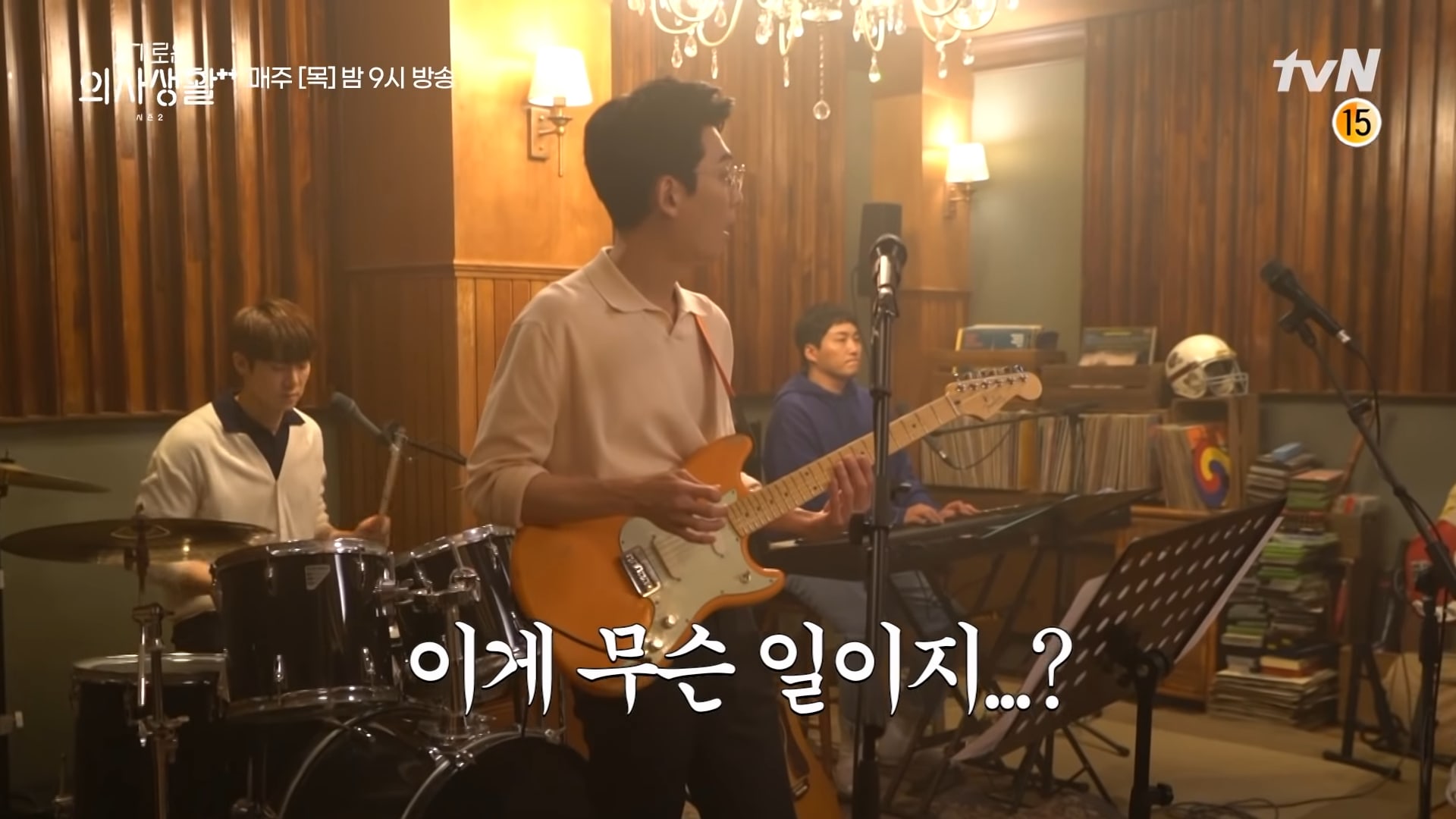 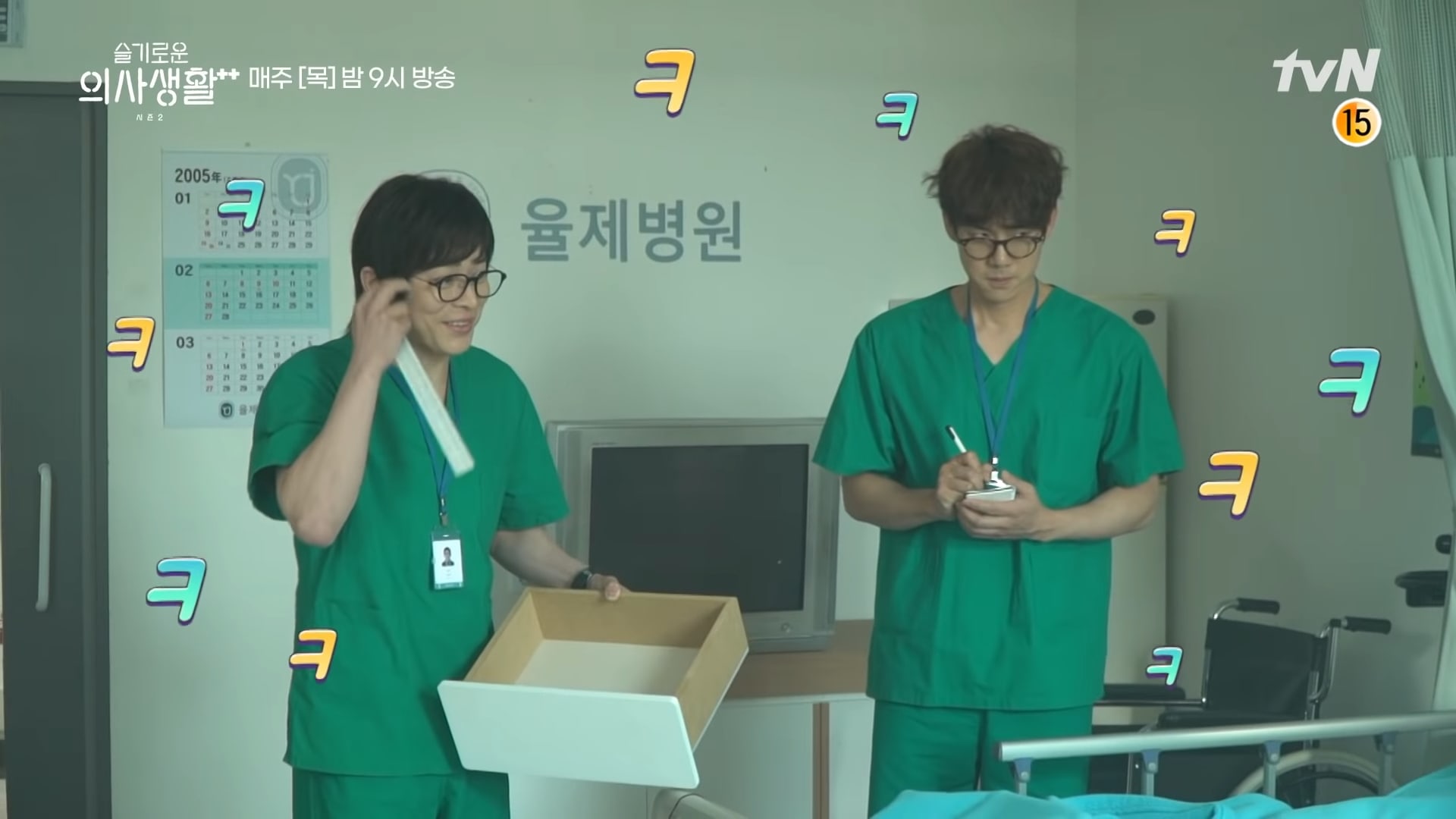 Then Yoo Yeon Seok pairs up with Jung Kyung Ho for a scene where Jung Kyung Ho has to catch a banana that Yoo Yeon Seok chucks at him. They seem to do well during rehearsal, but when it’s time to actually film the scene, Yoo Yeon Seok comments, “When we actually have to do it, it won’t work,” and Jung Kyung Ho replies, “It definitely won’t work.” Perhaps those words jinxed them because they have to retake that scene multiple times, causing Jung Kyung Ho to become frustrated. However, they eventually succeed, and they celebrate with a happy high five. 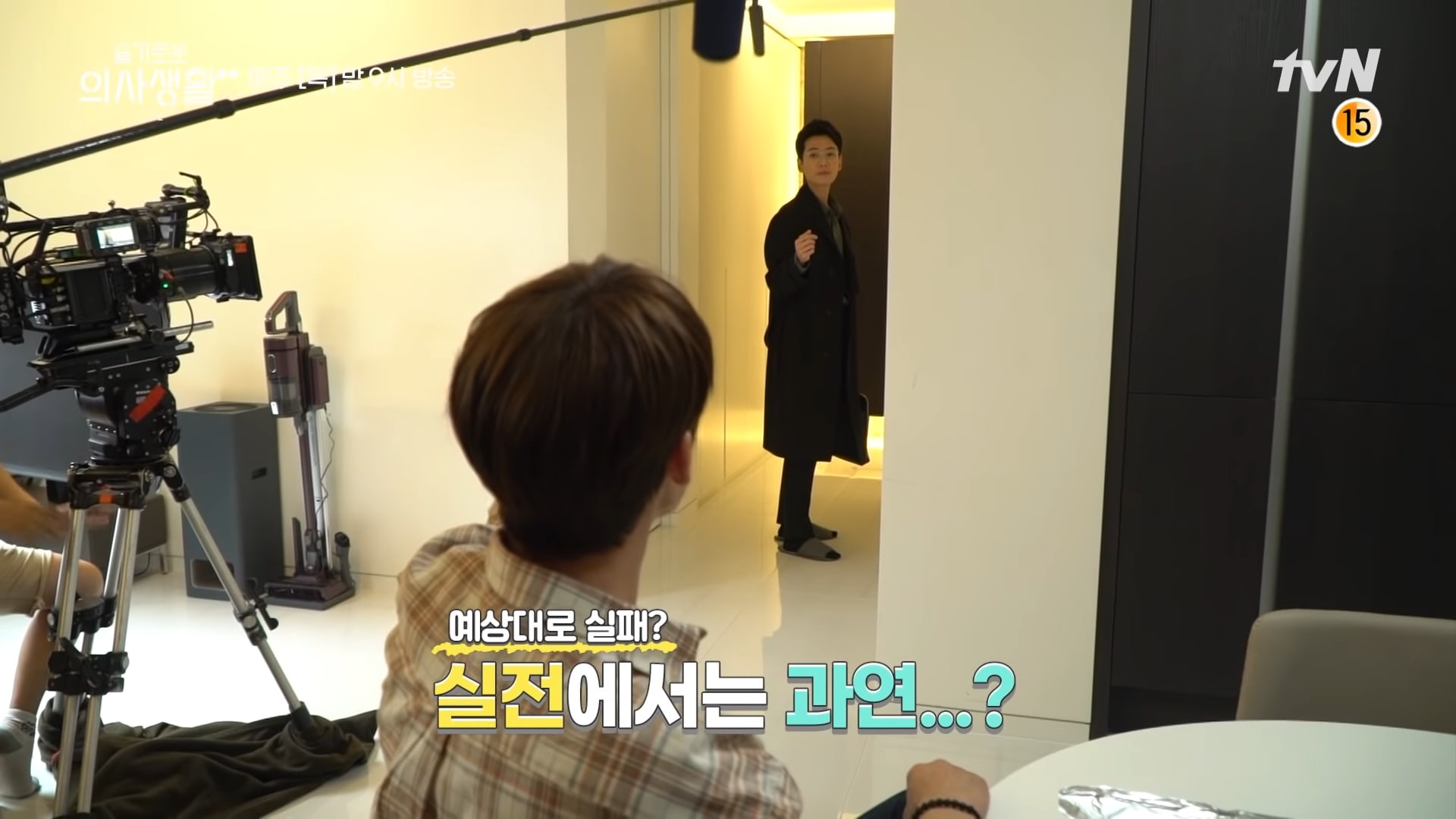