The idol groups of KBS’s “Imitation” will be standing on the same coveted stage in the upcoming final episode of the drama.

Ahead of the final broadcast, KBS released stills of Tea Party, SHAX, LA LIMA, and Sparkling performing at the “MML Concert.” In the drama, the MML Concert is a special end-of-year show at which only the top artists in Korea are invited to perform. It is considered to be the “dream stage” of rookie singers. In the previous episode, Tea Party and Sparkling were thrilled at getting the invitation, while SHAX and LA LIMA proved their top idol status by being named as headliners on the show.

Tea Party, which is composed of Ma Ha (Jung Ji So), Hyun Ji (Lim Nayoung), and Ri Ah (Minseo), will perform their debut song “Show Me” and their past resurgent hit as Omega 3, “Call Me.” Their performance will show the girl group’s growth over the course of the drama. 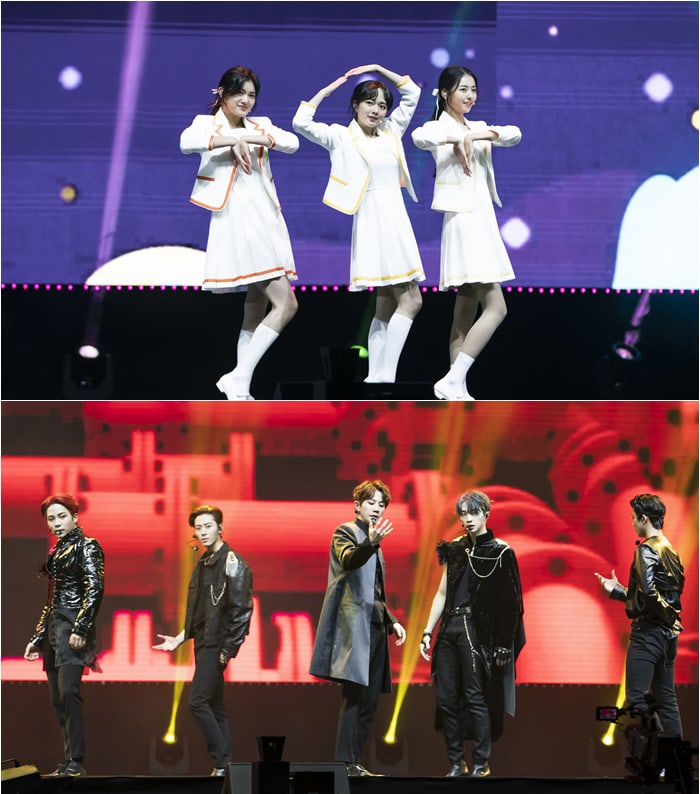 LA LIMA (Jiyeon) will perform “No Answer” and “Closer,” songs that alternately show her sultry appeal and explosive charisma. Sparkling, composed of Yoo Jin (Yunho), Hyun Oh (Suwoong), Se Young (Seonghwa), and Min Soo (San), will perform “DIAMOND” and show a different appeal from SHAX with their refreshing charm, as well as their new rise after fighting through the danger of reorganization. 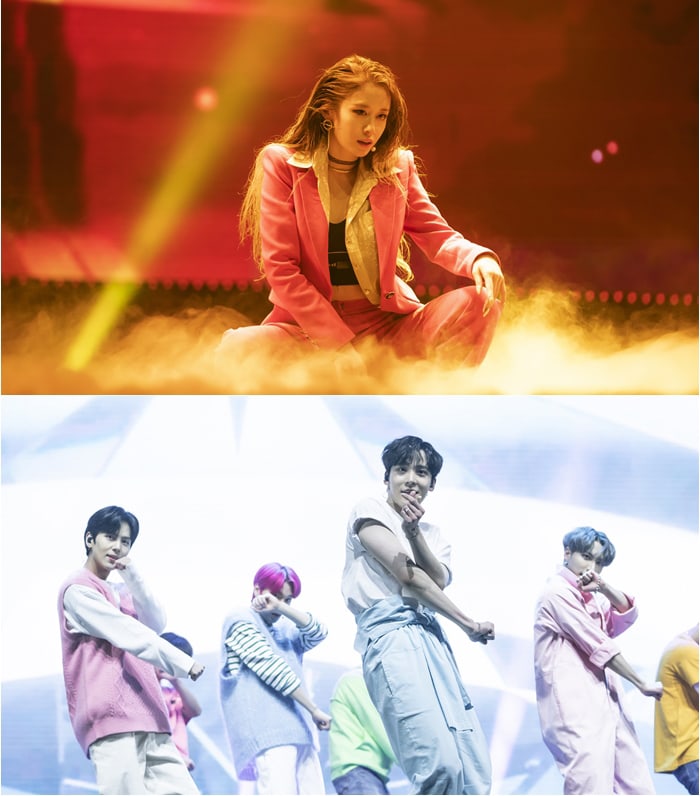 The production staff stated, “The MML concert scene is intended as a gift to ease the regret of the show coming to an end. All the cast members and staff worked hard to prepare the scene, so please look forward to it.”