Park Joo Mi Has A Tense Meeting With Her Husband’s Lover Song Ji In On “Love (Ft. Marriage And Divorce) 2”

TV Chosun’s “Love (ft. Marriage and Divorce) 2” previewed a tense meeting between Park Joo Mi and Song Ji In on the upcoming episode.

“Love (ft. Marriage and Divorce) 2” is the second season of the TV Chosun drama about three women in their 30s, 40s, and 50s whose marriages are shaken up when they discover their husbands are having an affair. The drama currently holds the record for highest drama ratings on TV Chosun.

In the previous episode, Sa Pi Young (Park Joo Mi) had a meeting with her husband, Shin Yoo Shin (Lee Tae Gon), after learning of his affair with Ah Mi (Song Ji In). She demanded a divorce, which he strongly opposed, but at the end of an intense argument, the couple decided to divorce. During a three-way meeting, Sa Pi Young told Ah Mi, “My husband is a sweet man. Take him and live with him.” Ah Mi declared to her parents, “I’m going to make a happy ending,” suggesting that Sa Pi Young and Shin Yoo Shin would officially go their separate ways.

But in the new stills, Sa Pi Young and Ah Mi have a meeting with just the two of them. There is an air of tension despite Sa Pi Young already having decided on divorce. She responds coldly to Ah Mi, who seems about to make a nervous request, and in the end bursts into tears, saying something so shocking that it takes Sa Pi Young by surprise. 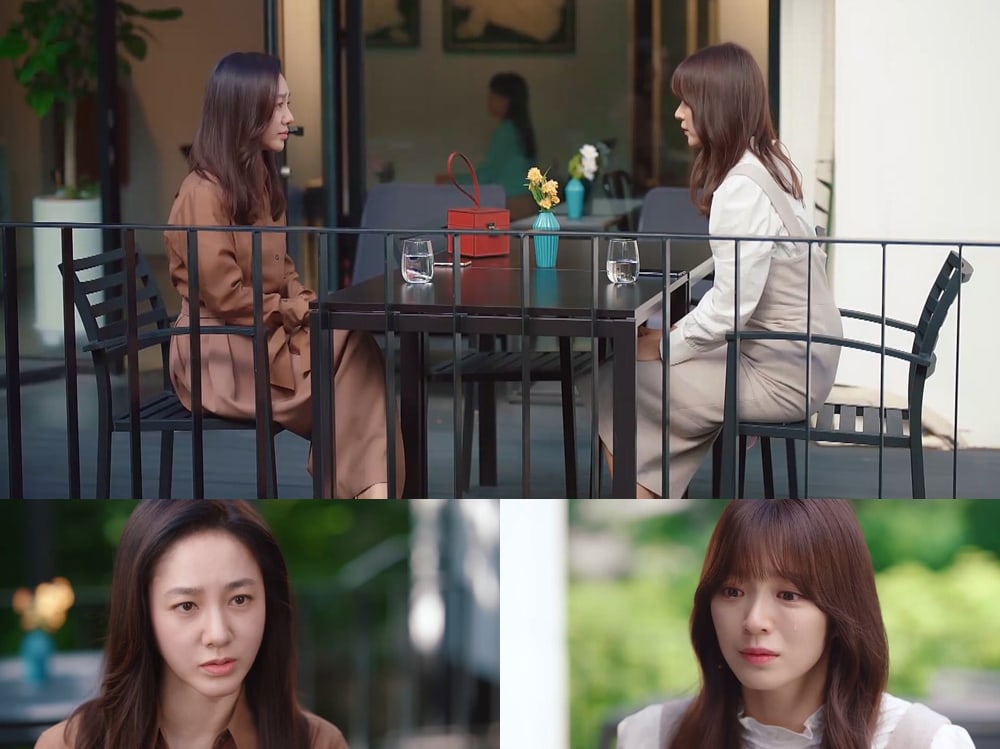 The production staff stated, “Sa Pi Young and Shin Yoo Shin, who seemed like the most perfect couple, will change the most with their divorce. Please look forward to a new kind of conflict between these women, who are connected by one man.”

This episode of “Love (ft. Marriage and Divorce) 2” will air on July 24 at 9 p.m. KST. The next episode, which was scheduled for July 25, will not air due to the Tokyo Olympics.