tvN’s “The Devil Judge” has released new stills of Ji Sung and GOT7’s Jinyoung ahead of tonight’s episode!

Previously on the drama, Kang Yo Han couldn’t hide his fury when Kim Ga On (played by Jinyoung) took his niece Elijah (played by Jeon Chae Eun) out without permission. In addition, Kang Yo Han was attacked by powerful members of the society who were trying to drag him down from his position. Fortunately, he managed to find a way out of the situation, and viewers are eager to see if Kang Yo Han and Kim Gao On will be able to become close again.

However, the newly released stills hint that the two will remain on tense terms. In the photos, Kang Yo Han and Kim Ga On visit someone in prison. Kim Ga On keeps a firm gaze on the inmate across from him while Kang Yo Han calmly stands in the background. They showcase opposite reactions with Kim Ga On looking like he’s about to explode with anger any minute and Kang Yo Han being as unreadable as always. 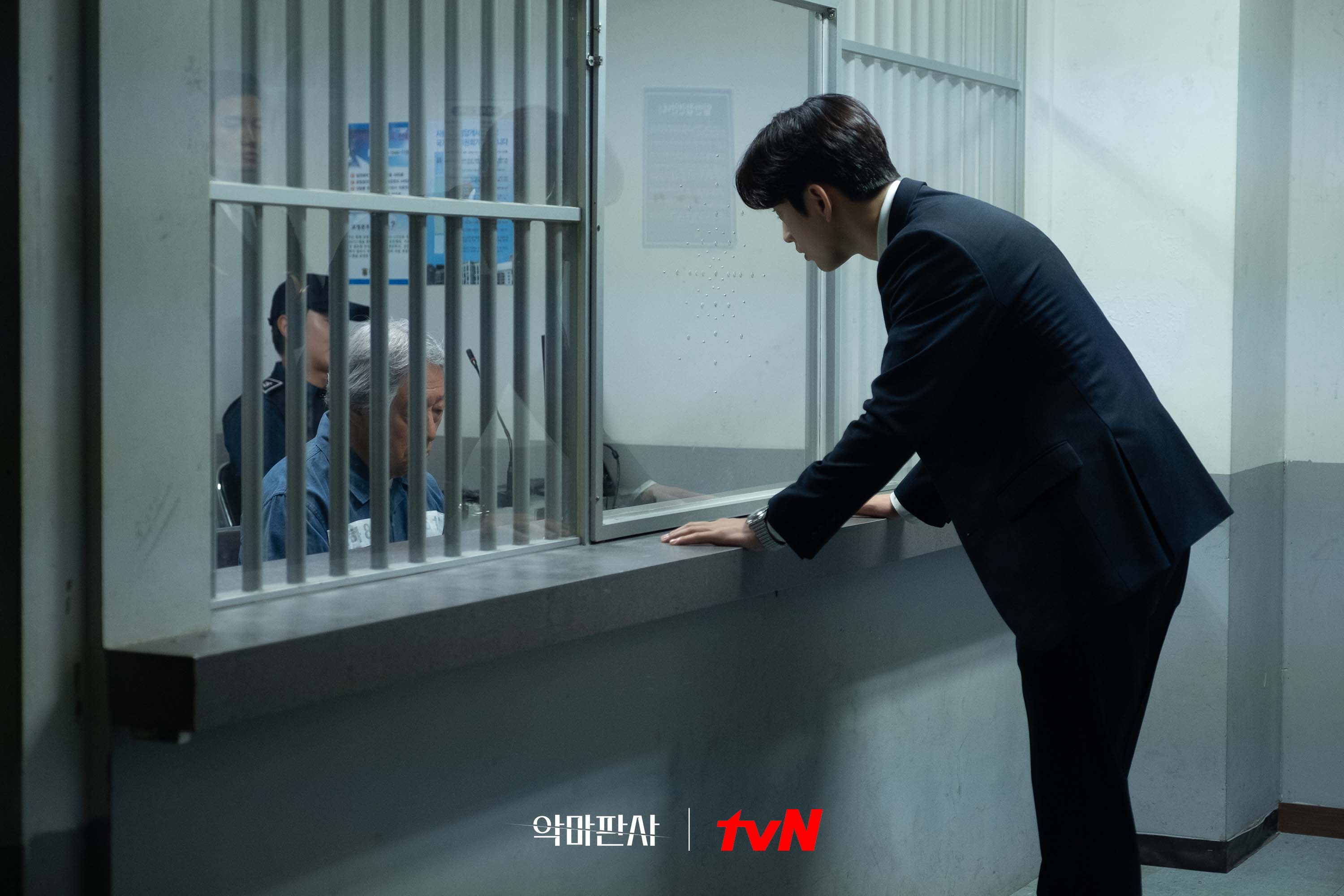 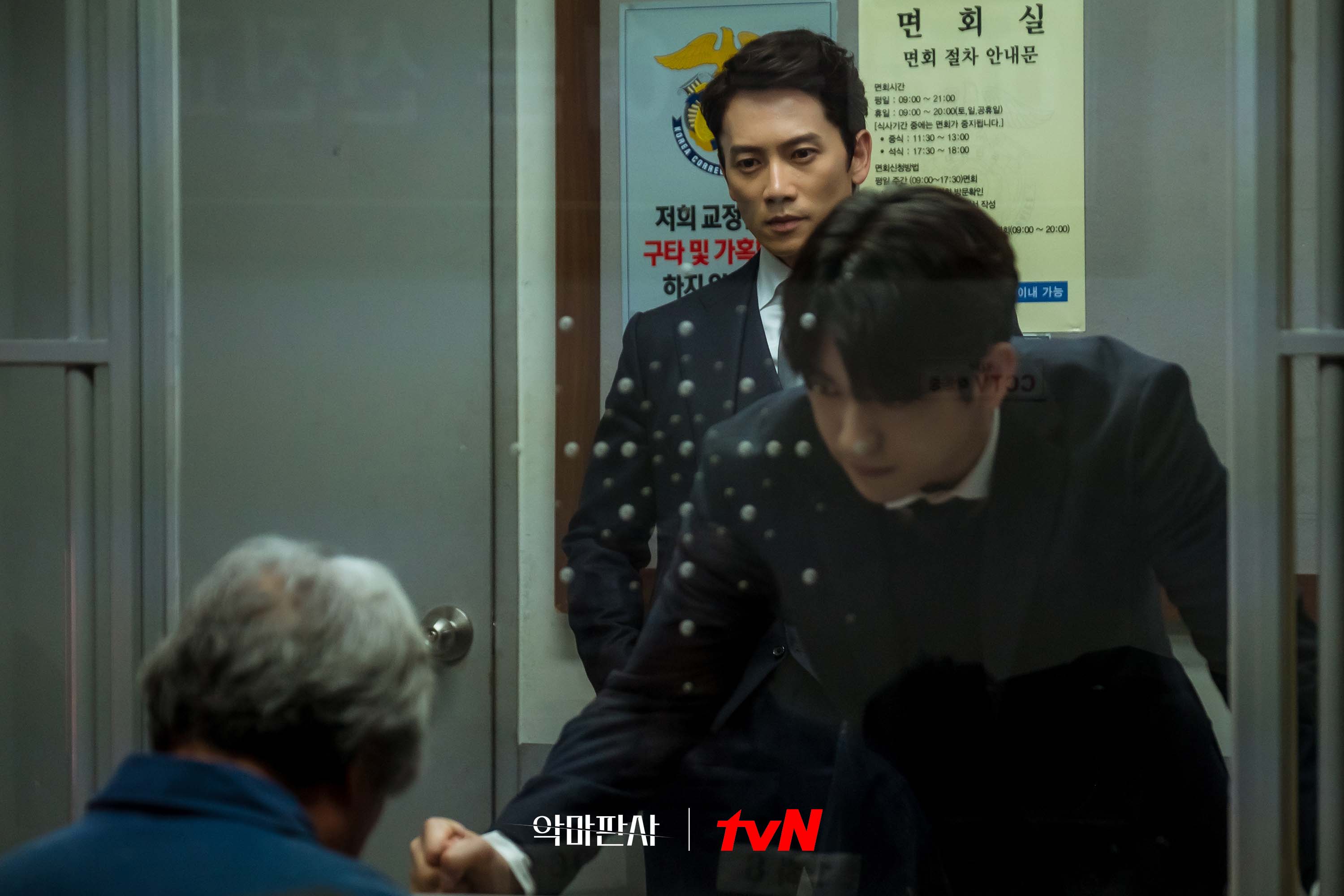 In another still, Kang Yo Han grabs Kim Ga On’s arm, and Kim Ga On glares at him with steely eyes. It seems as if there will be another tense confrontation between the two men. 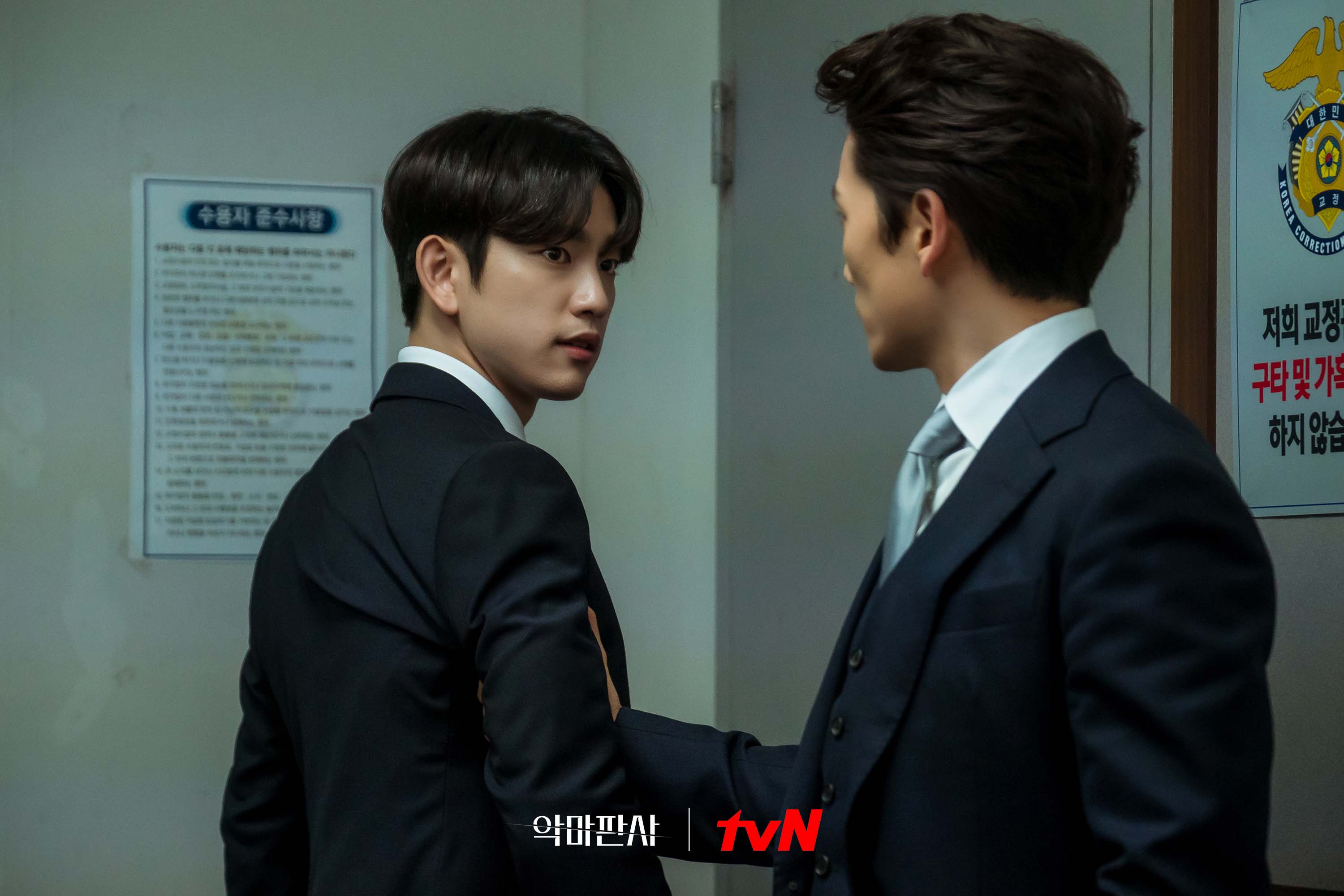