“The Devil Judge” has released new stills ahead of the upcoming episode!

Although people regard Seo Jung Hak as a person with lofty social virtues, he is nothing but a mere scarecrow to Jung Sun Ah. Previously on “The Devil Judge,” Jung Sun Ah taught Seo Jung Hak an unforgettable lesson through violence when he touched a female waitress at one of the social events they attended. She suggested they tell the public he was fasting and praying for the country, but in reality, she was keeping him locked up.

In the photos, Seo Jung Hak looks terrified as he faces Jung Sun Ah all alone. He even gets on his knees to beg her, and she gazes at him with false sweetness and sympathy. 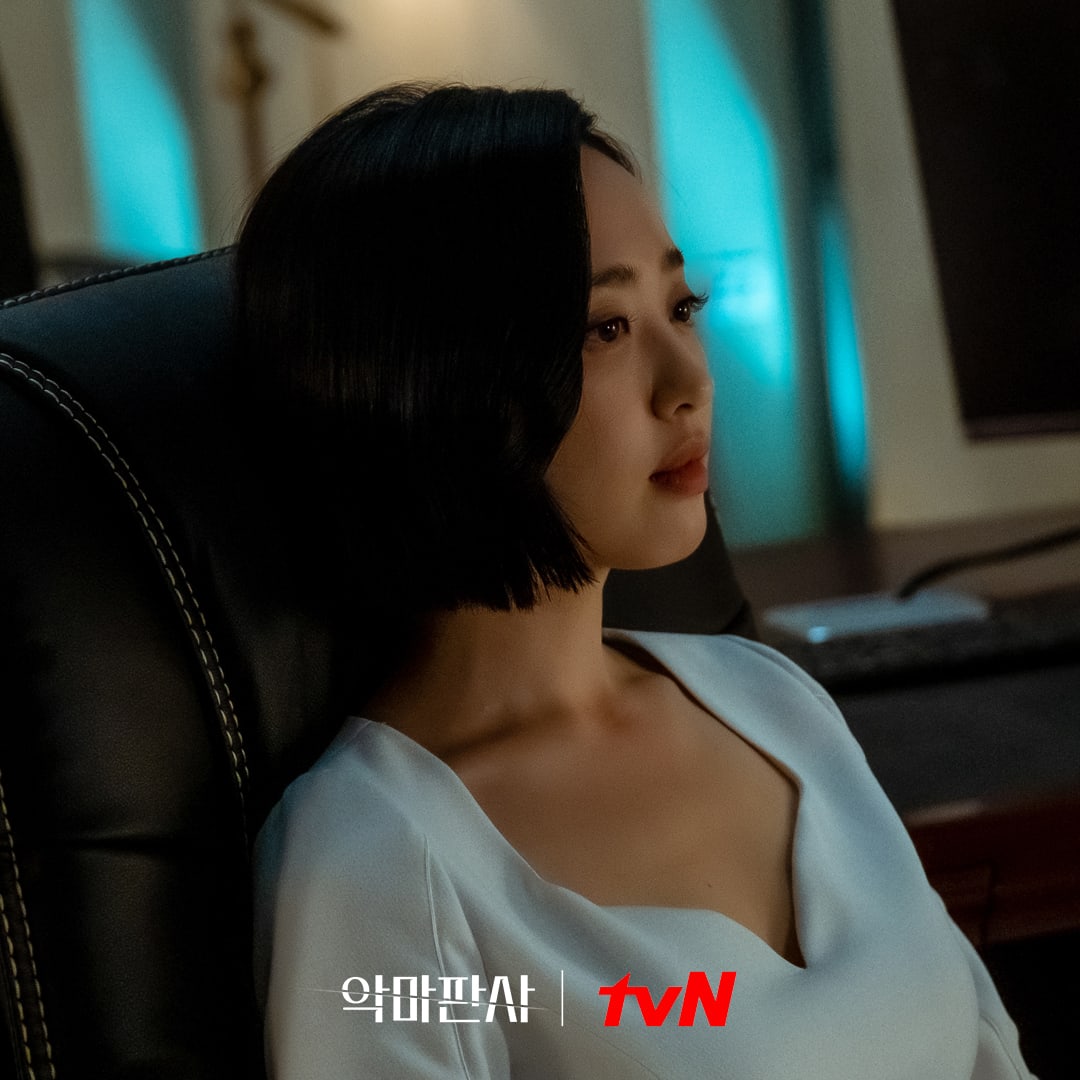 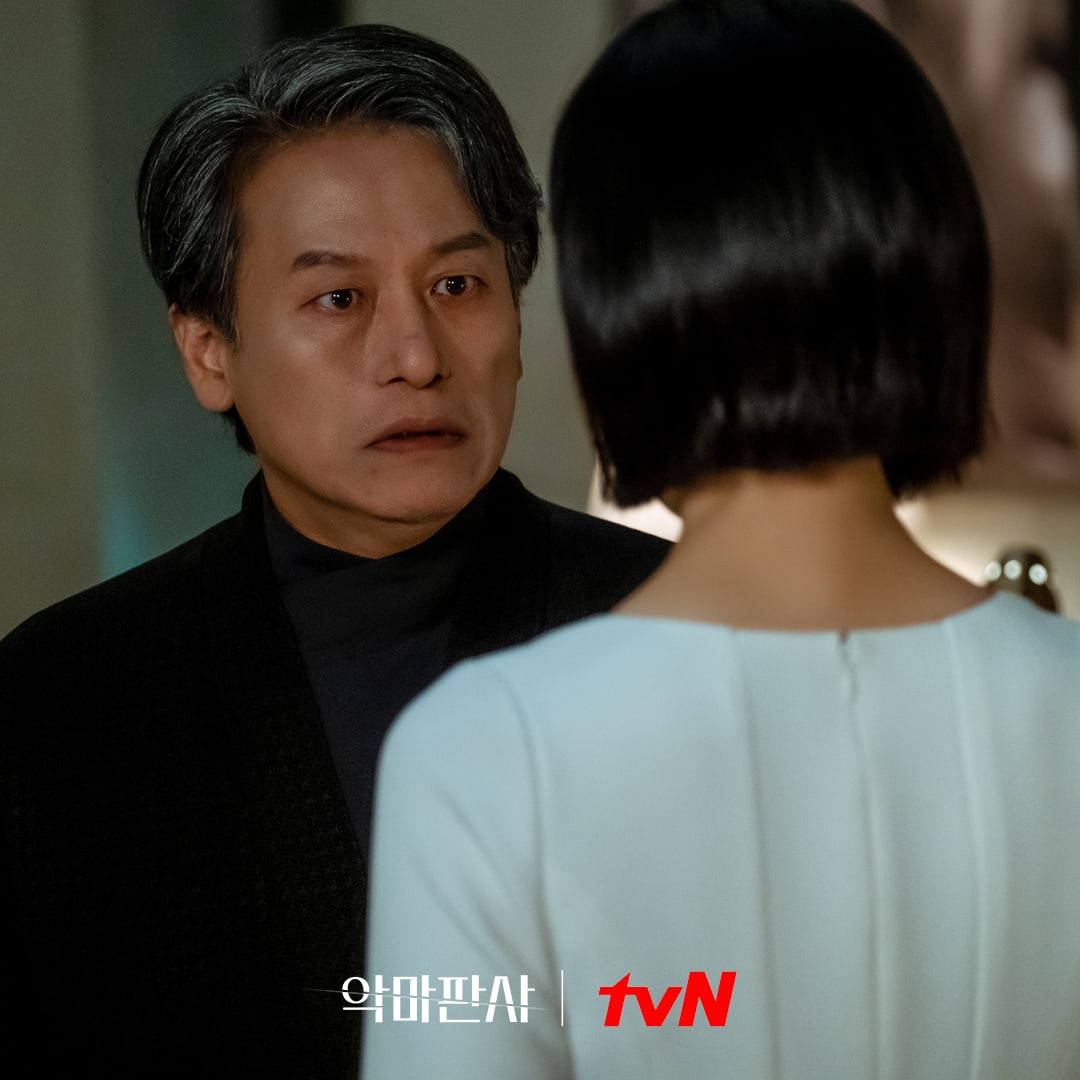 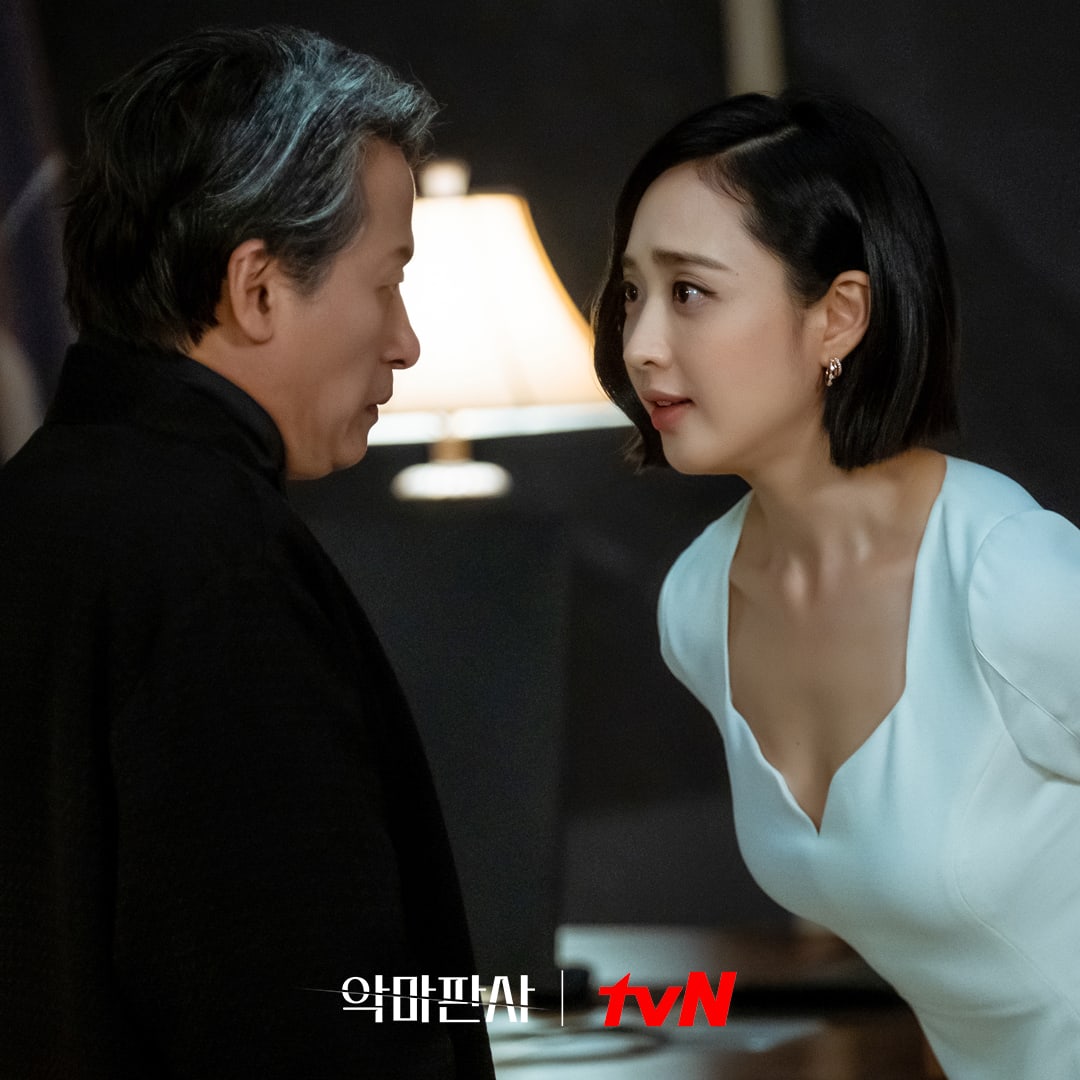 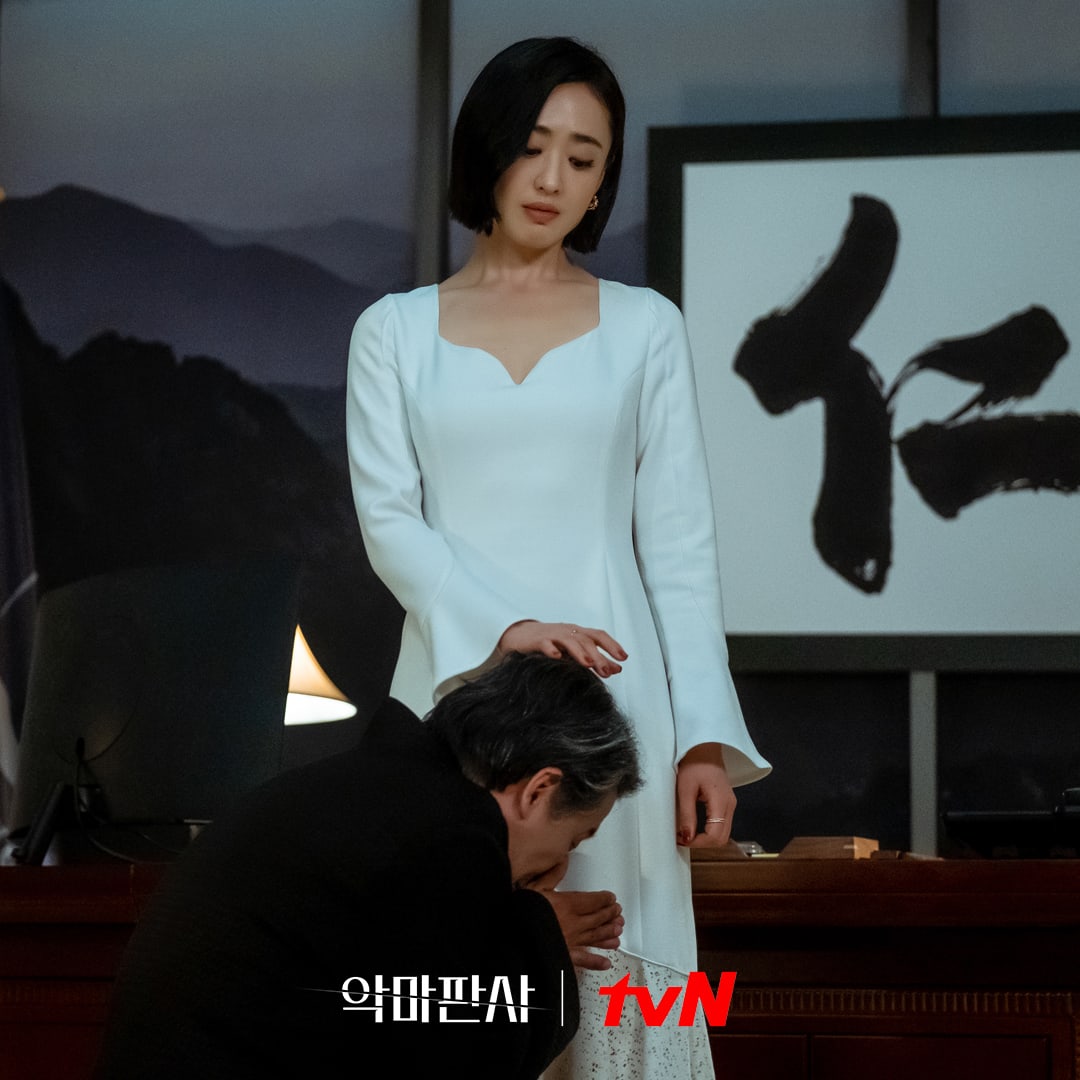 In episode 6, Cha Kyung Hee (Jang Young Nam) attempted to get back at Kang Yo Han for punishing her son, but he was able to stop her with a refreshing counterattack by gaining the public’s trust. In addition, he raised suspicions of corruption in the dream site project led by the Social Responsibility Foundation.

It is likely that Jung Sun Ah, the true power behind the Social Responsibility Foundation, has something up her sleeve. How will she turn the tables and overcome this crisis?

Kim Min Jung
Jung In Kyum
The Devil Judge
How does this article make you feel?