The idol appeared as a guest on the latest episode of the KBS 2TV music talk show, where she performed her new solo track “BEAM BEAM” and talked about her hopes and dreams.

Explaining the concept behind her first solo mini album “Windy,” Jeon Soyeon remarked, “I thought to myself that I really wanted to live freely, like the wind. I debuted when I was 21 [by Korean reckoning], and I started appearing on survival shows when I was 19, so I don’t think I was able to live that freely. Because I was also a trainee starting from elementary and middle school.”

She went on, “So I thought to myself, ‘When I achieve a certain level of stability, let’s have fun and live a little.'” 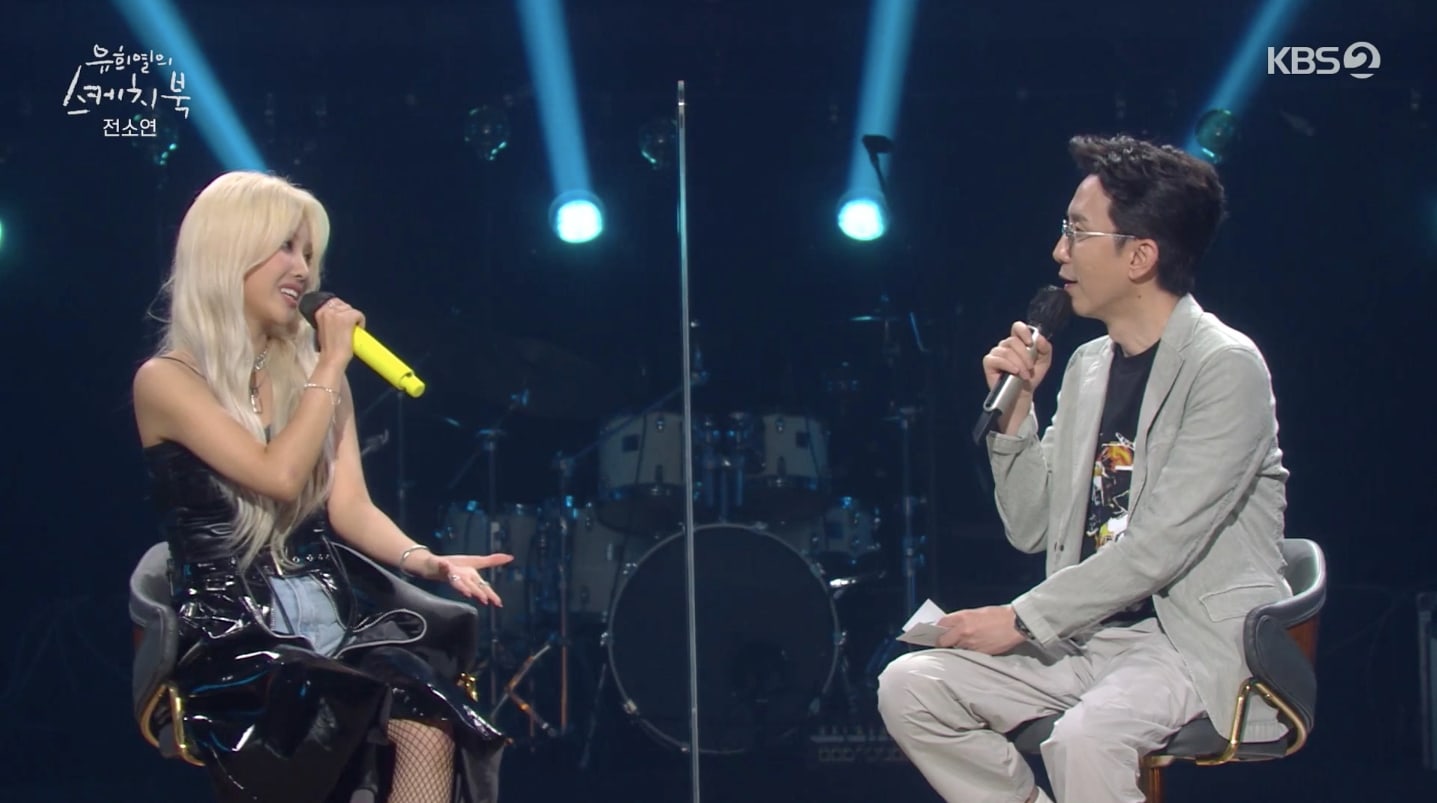 Jeon Soyeon also talked about achieving her childhood dreams and being inspired by BIGBANG’s G-Dragon and CL.

“When I was in elementary school,” she recalled, “and people asked me what my dream was, I told my friends, ‘I want to be the leader of an idol group and produce my own music, but I don’t want to be the oldest member.’ That’s what I would always say, because I’d seen G-Dragon and CL [do it].”

Jeon Soyeon proudly went on, “Right now, I’m the leader and producer [of (G)I-DLE], but I’m not the oldest member. It feels like the things I said came true.”

Host Yoo Hee Yeol then asked her, “Imagining that all the things we say really do come true, what’s the goal you most want to achieve?”

Jeon Soyeon replied, “My true, ultimate dream is to reach No. 1 on the year-end chart. I really want to achieve that just once in my entire lifetime.” 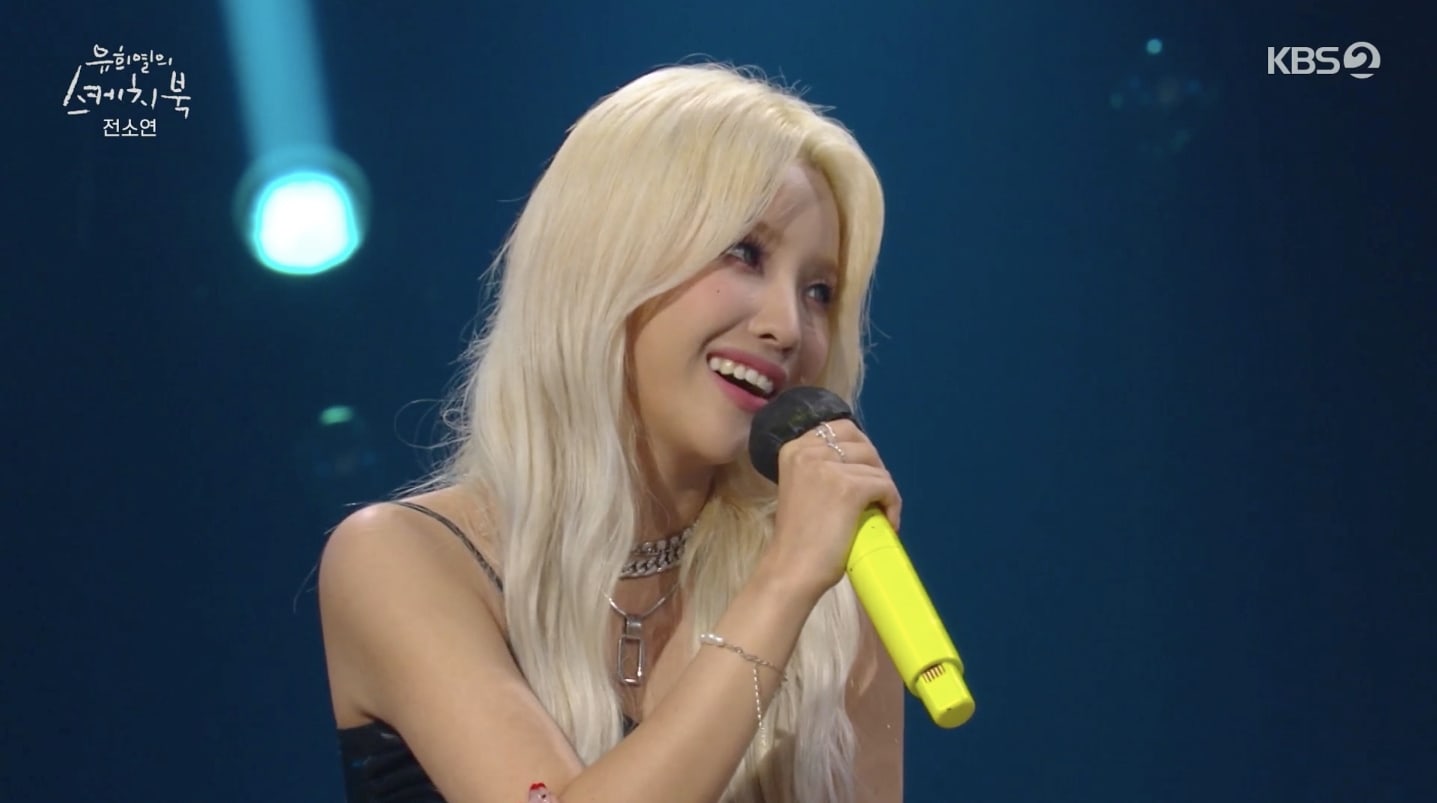 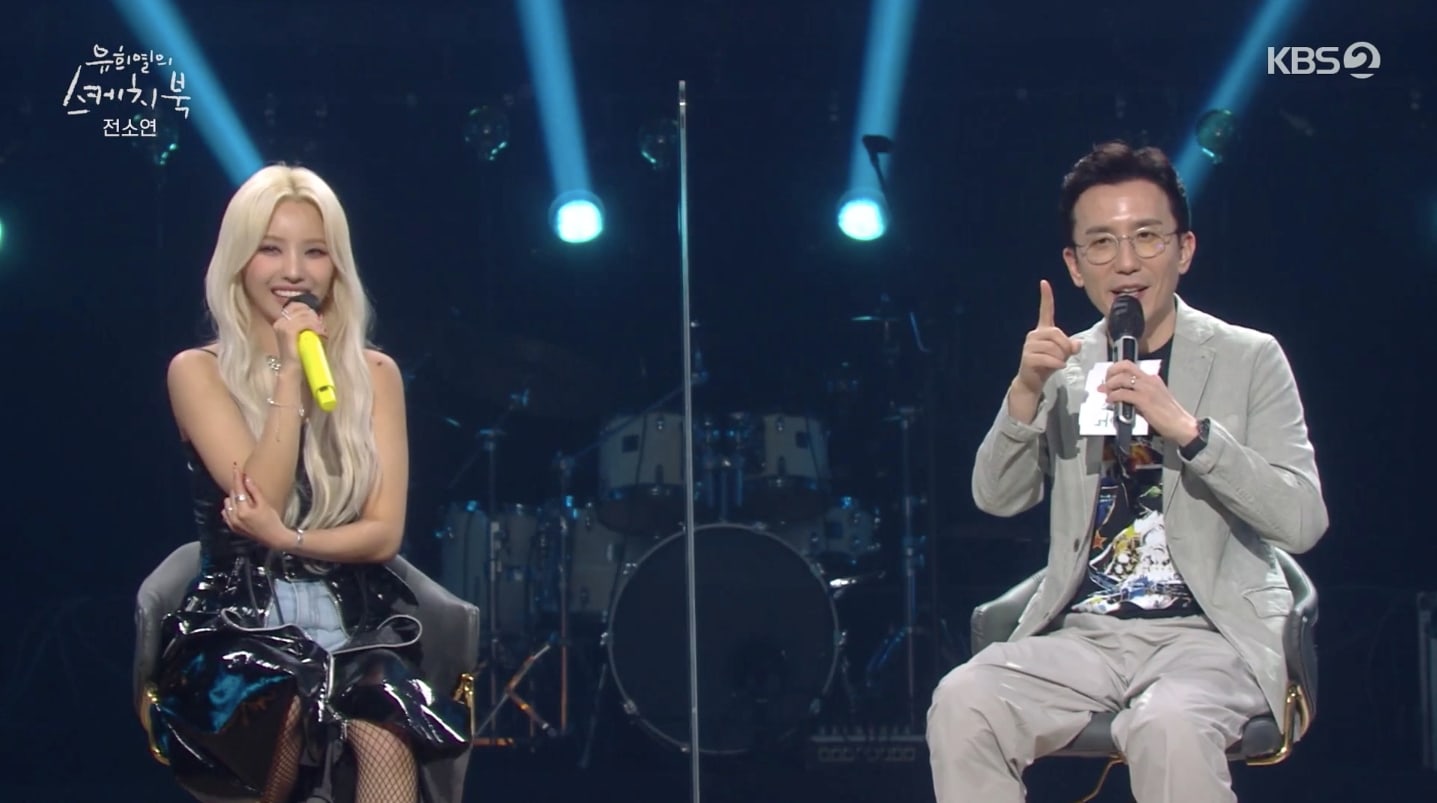 In addition to performing her new title track “BEAM BEAM,” Jeon Soyeon also blew everyone away with a powerful solo version of (G)I-DLE’s hit song “LION.”

Check out the clips of both her performances below!