Watch: Song Kang And Han So Hee Flaunt Their Teamwork Behind The Scenes Of “Nevertheless”

JTBC has released another fun behind-the-scenes look at a recent episode of “Nevertheless”!

The clip takes viewers to Park Jae Uhn’s studio, where Song Kang and Han So Hee banter back and forth when she thinks that he forgot his line. Song Kang then prepares for the scene by learning how to use some metalworking tools, playing it cool in front of Han So Hee when he accidentally turns the fire off.

When it’s Han So Hee’s turn to shape the metal, Song Kang moves back in fear as she pours all her strength into the mallet. The pair continue to play around with the metal by folding it with their hands. Upon seeing Song Kang flexing his arms to shape the metal square, Han So Hee jokes, “Now you don’t need to go to the gym.” She shows off the upside down heart that Song Kang folded, holding it up with an underwhelmed look. 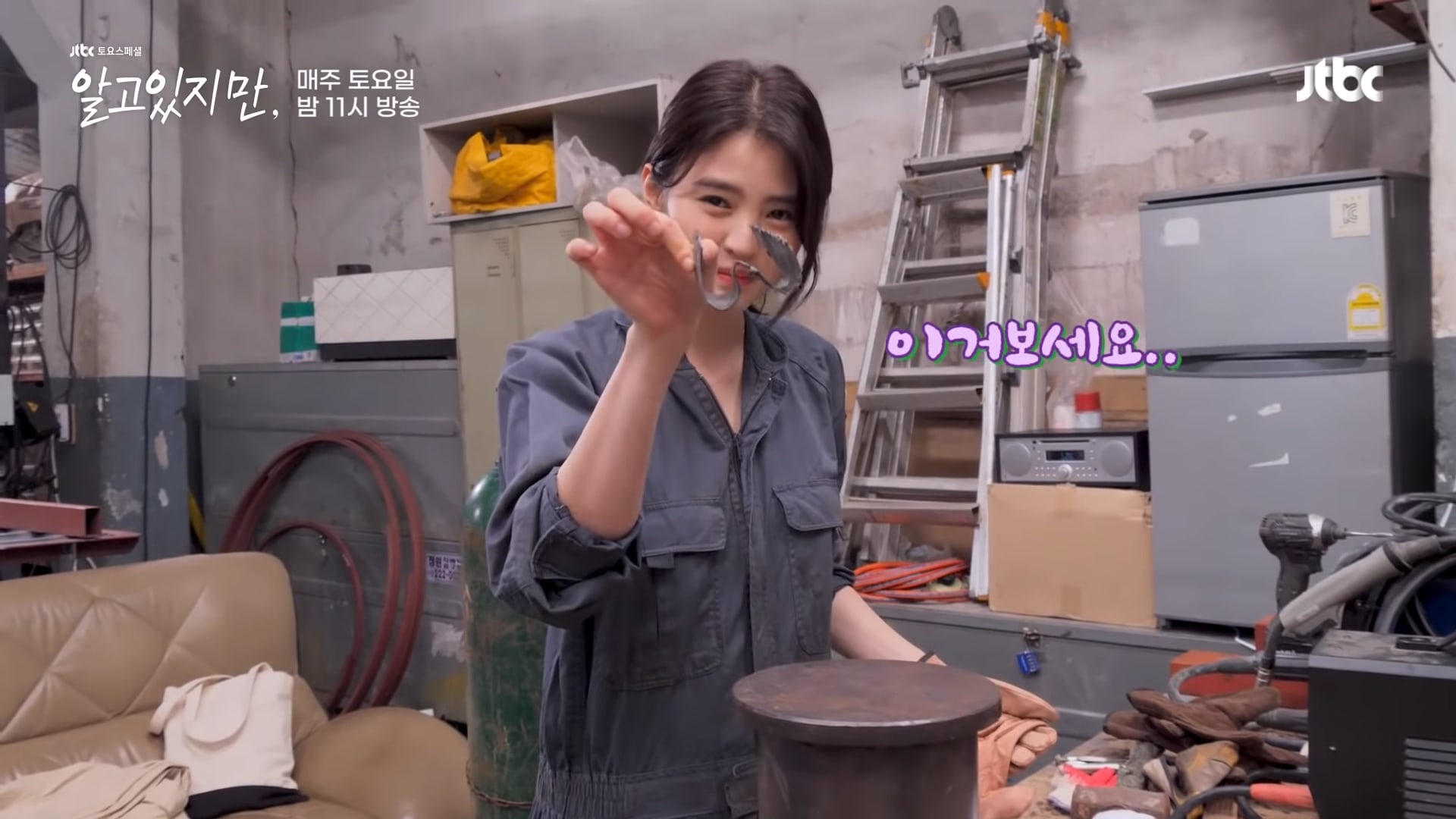 Throughout filming, Song Kang and Han So Hee work together to display the natural sides of their characters as they shape the metal together. Song Kang takes on the role of a teacher, confidently showing Han So Hee how to complete each stage of the project. Song Kang wraps up by announcing that hitting the metal is good for getting rid of stress, whacking the piece with his mallet so hard that Han So Hee can’t help but laugh.

Watch Song Kang in “When the Devil Calls Your Name” below: