Hyeri Reflects On Her Role In “My Roommate Is A Gumiho,” How She’s Matured, And More

Girl’s Day’s Hyeri is dazzling in her pictorial for the fashion magazine Cosmopolitan!

In the interview that followed, Hyeri dished on what she learned from her role in “My Roommate is a Gumiho,” what she’s been thinking about lately, and more!

Hyeri recently created a buzz with her role opposite Jang Ki Yong in “My Roommate is a Gumiho.” She commented, “It was actually my first time doing a romantic comedy. I found out that it was Jang Ki Yong’s first time too, so I thought, ‘This is a serious situation.'” However, Hyeri went on to explain that they ended up working really well together and having great chemistry.

Throughout the time she spent filming for her drama, Hyeri received coffee trucks as gifts from countless people, including BLACKPINK‘s Rosé, Taeyeon, Park Na Rae, and f(x)‘s Krystal. “I was so thankful,” she began. “They’re all people I talk to regularly. Of all the dramas I’ve done this was the one where I had the biggest role, and we also filmed when it was cold, so I occasionally talked about my hardships.” Hyeri added with a laugh, “They might have sent support because I complained so much, not because I did a good job.” 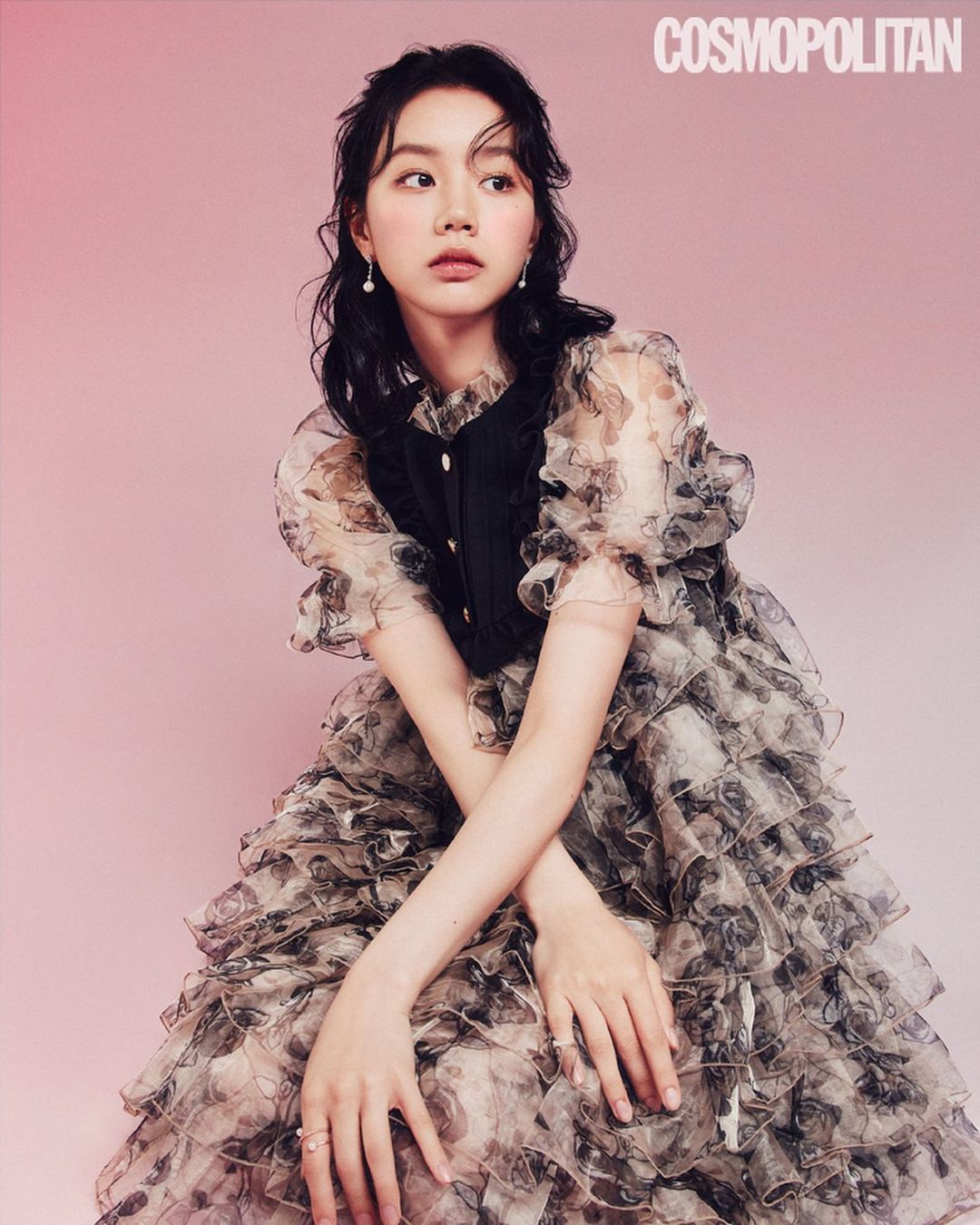 Hyeri also opened up about her past struggles regarding what other people think of her. “At that time, I would look at negative comments about me and wonder, ‘Why do they hate me? Do I need to change something?’. However, now I’ve changed my mindset and think, ‘Of course there’s going to be people who dislike me.'”

She then mentioned that looking back, her hardest times seemed to be the times when she had too many lofty goals. On how she’s changed, Hyeri commented, “Now I just focus on what I can work hard on now and I face whatever is coming my way. I have to live in the now. I don’t live in the past, I only live for today.”

Continuing to open up about her inner feelings, Hyeri said, “When something bad happens, I don’t get sad, I get angry! I’m someone who has to let all of their anger out. I let it all go and don’t hold grudges. If I’m worried about something, I’ll talk about it with people I’m close with.”

When asked what she learned from her role as Dam in “My Roommate is a Gumiho,” Hyeri shared, “If Dam met someone like me, she would probably think, ‘We’re not even close yet, I didn’t even open up to her, so why is she so excited?’. While acting as Dam, I realized that there was a part of me that didn’t respect people who have different personalities than myself.”

Hyeri continued, “People like Dam close the doors of their hearts when you try to get closer to them and pull them out of their shells. I realized that I need to respect that from now on.” She also commented on her role in the upcoming drama “Thinking of the Moon When the Flower Blooms” (literal title), saying, “Ro Seo is a different character from all the roles I’ve had before. She’s very smart and has a selfish side. I think I can learn how to be clever from her. She’s not a bad girl!” 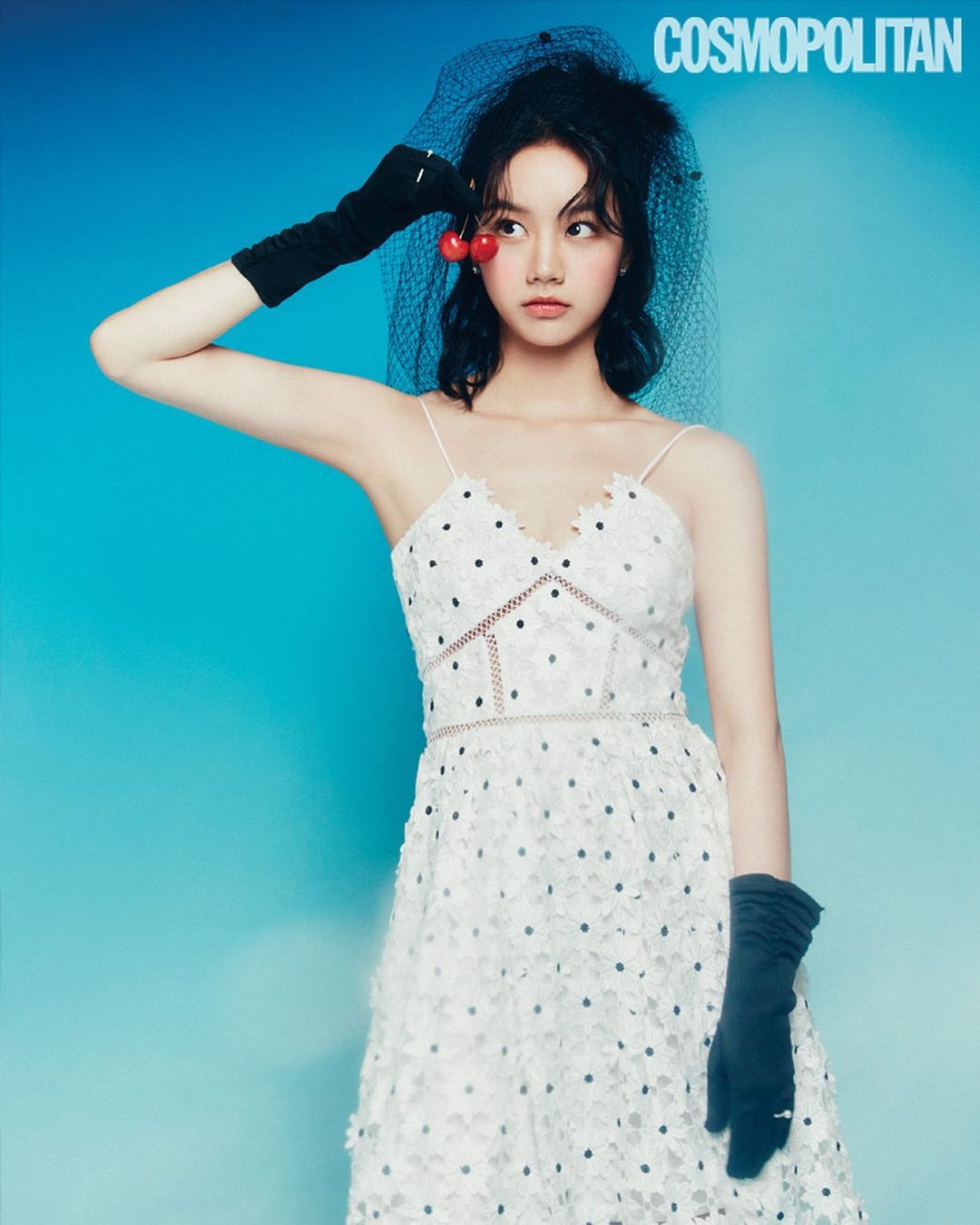 Hyeri then mused on what kind of roles she would like to try. “When I watched the film ‘Samjin Company English Class,’ I thought it would be fun to work together with other women to solve a story like that. I also really liked the move ‘Sunny’ and the drama ‘Search: WWW.’ No matter what character it may be, I think it would be fun to be among them.”

Hyeri also admitted that despite being an adult, she never once thought that she felt like one. “Now that I’ve worked this much and grown this old, I think it’s time I start thinking about what it means to be an adult.”

Hyeri then thought about what it meant to be a great person. “I think a great person is someone who is consistent,” she answered. “I really don’t like people who are weak in front of strong people and strong in front of weak people. The most insipid thing is when people call others who are different from them ‘wrong.’ I’m me and that person is them, right? I think it’s necessary to respect others. It’s not cool to say, ‘That person is different from me, so they’re wrong.’ I’m also trying not to do that.”

The interviewer concluded by asking Hyeri if she loved herself. “Although sometimes I hate myself and sometimes I’m confused, I love myself. I probably love myself the most. The shows I’m on are the most fun, my YouTube channel is the most interesting, and I like the things I like the most. Even if there are times where I’m in despair, I look back on those times years later and wonder why I had such a hard time back then. I’ve done a great job so far. I just have to believe that.” 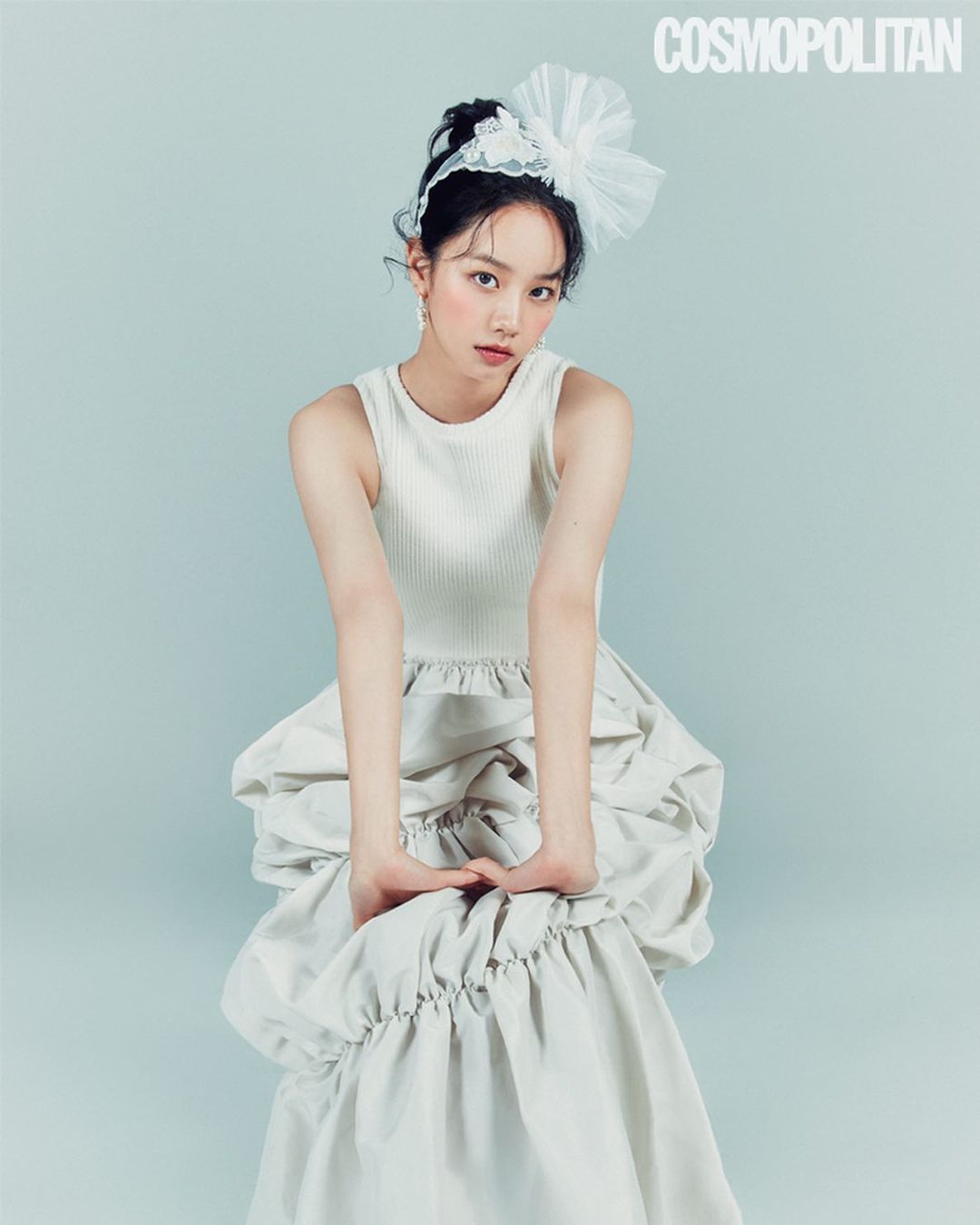 Check out Hyeri in “My Roommate is a Gumiho” with subtitles below:

Cosmopolitan
Girl's Day
Hyeri
How does this article make you feel?