Kwon Eun Bi and Kim Chae Won posed for Esquire magazine and participated in an interview together!

The former IZ*ONE members are both from the same agency, Woollim Entertainment. Speaking about their first meeting as trainees, Kim Chae Won shared, “Eun Bi began training before me. When I first joined [Woollim], Eun Bi was the eldest trainee. Because of that, she felt very much like the leader among the trainees, so it was difficult to approach her.”

She added with a laugh, “Honestly, I think I was a bit scared of her then. That’s why, at first, we weren’t very close.”

Kwon Eun Bi continued, “I think we were trainees together for exactly one year. We made our debut together after that, and we quickly became close while promoting [as IZ*ONE]. Since we’re from the same agency, we related to each other in a lot of aspects.” 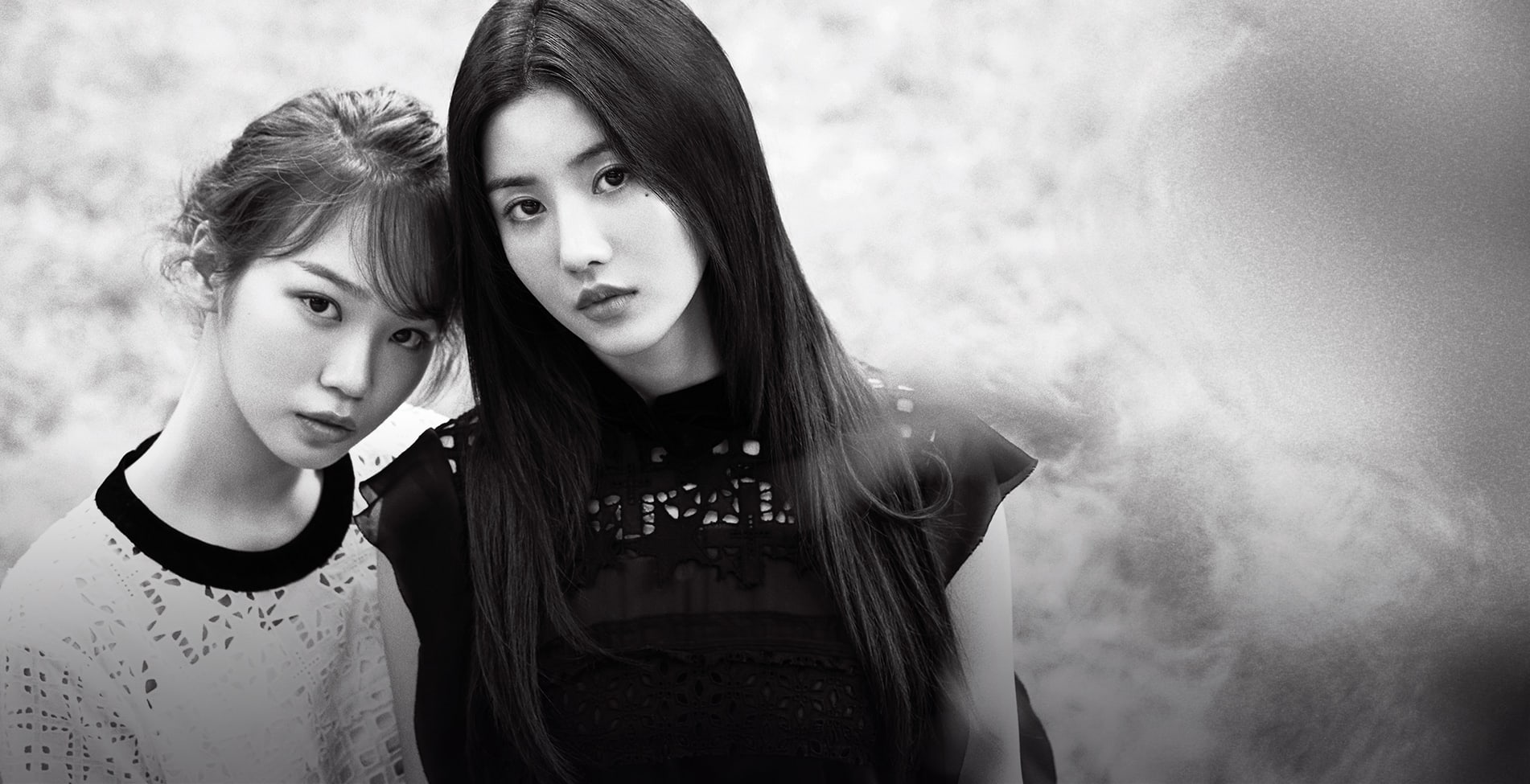 Regarding her first impression of Kim Chae Won, Kwon Eun Bi revealed, “Chae Won was quieter than she is now. She was also calm. Sometimes I would make her laugh, and sometimes I would bother her by saying we should practice again, but her response was always consistent. She would just say the one word: ‘Yes.’ At first, it was hard for us to become close, but I’ve completely adjusted to Chae Won’s personality now.”

The interviewer mentioned that even just through the duration of their chat, they could feel the difference in the two idols’ personalities. Kim Chae Won explained, “Eun Bi is way more fiery than I am. She does whatever she puts her mind to, and she is passionate and driven. I’m not like that.”

She continued, “Our one similarity is that we both think a lot. However, Eun Bi acts right after she thinks, whereas I think for a really long time. But just like she mentioned, it’s more fun because we are able to make up for each other’s weaknesses.” 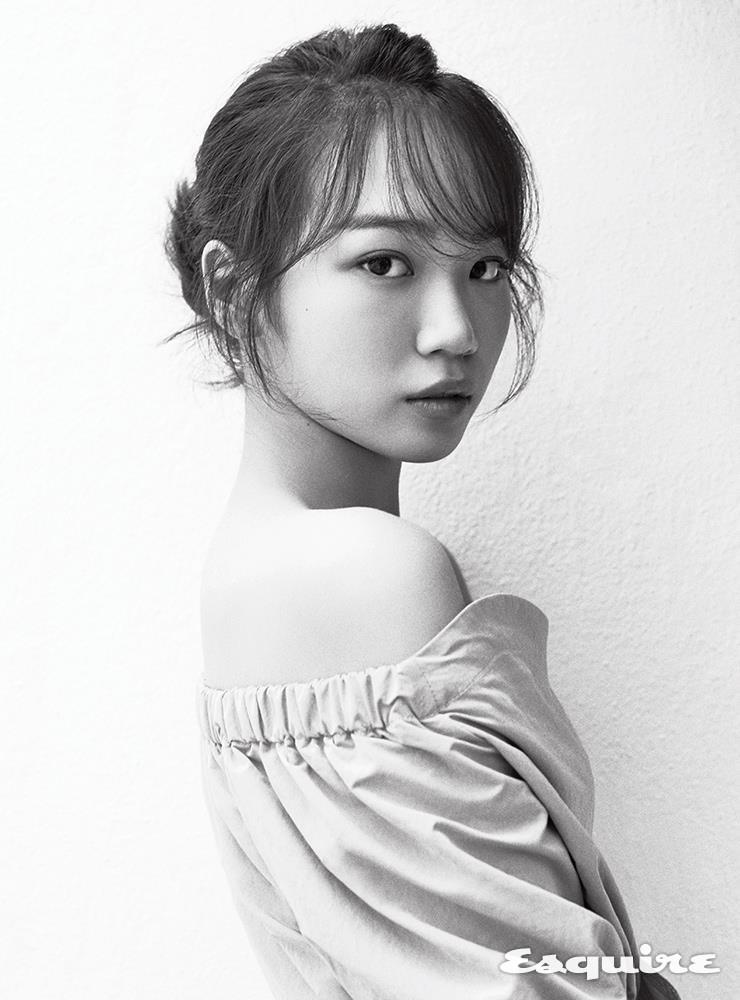 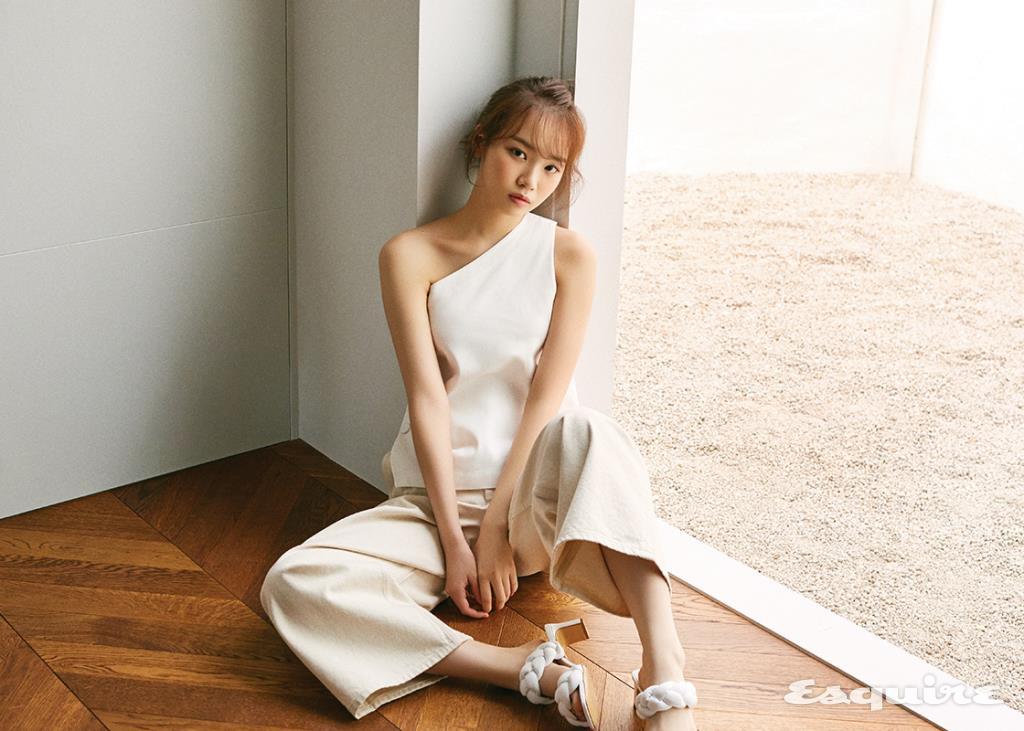 Although both stars shared that they weren’t very knowledgeable about their MBTI (Myers-Briggs Type Indicator) types, they revealed that Kwon Eun Bi’s type is ENFP and Kim Chae Won’s is ISFP.

The girls also spoke about what they would be doing if they hadn’t become singers. Kim Chae Won explained, “My personality changed a lot after becoming a singer. I became brighter and more outgoing. I was originally very shy, but I was able to fix a lot of that while promoting. That’s why I think that if I didn’t become a singer, my personality would be completely different. For a while, I thought about wanting to become a flight attendant, so I think that if I hadn’t become a singer, I’d have been a quiet student studying something in relation to that.”

The interviewer asked Kwon Eun Bi about her “Kwon Leader” nickname and whether she feels any pressure regarding the position. Kwon Eun Bi answered with a laugh, “In the past, I was also once a maknae [the youngest]. It’s true that the leader position came with a lot of pressure. On top of that, IZ*ONE had a lot of members and was a group with not only Korean members but Japanese members too. I thought a lot about what I could do to lead all these members without conflict.”

She continued, “Personally, I think that if you aren’t close in real life, it’s noticeable no matter how hard you try to pretend in broadcasts. I thought that it was most important that our group actually became close. To do so, I decided that it’d be better to be a soft leader rather than a coercive one. I think letting myself relax, joking around with the members, and treating them comfortably became a lot of help in maintaining our team.” 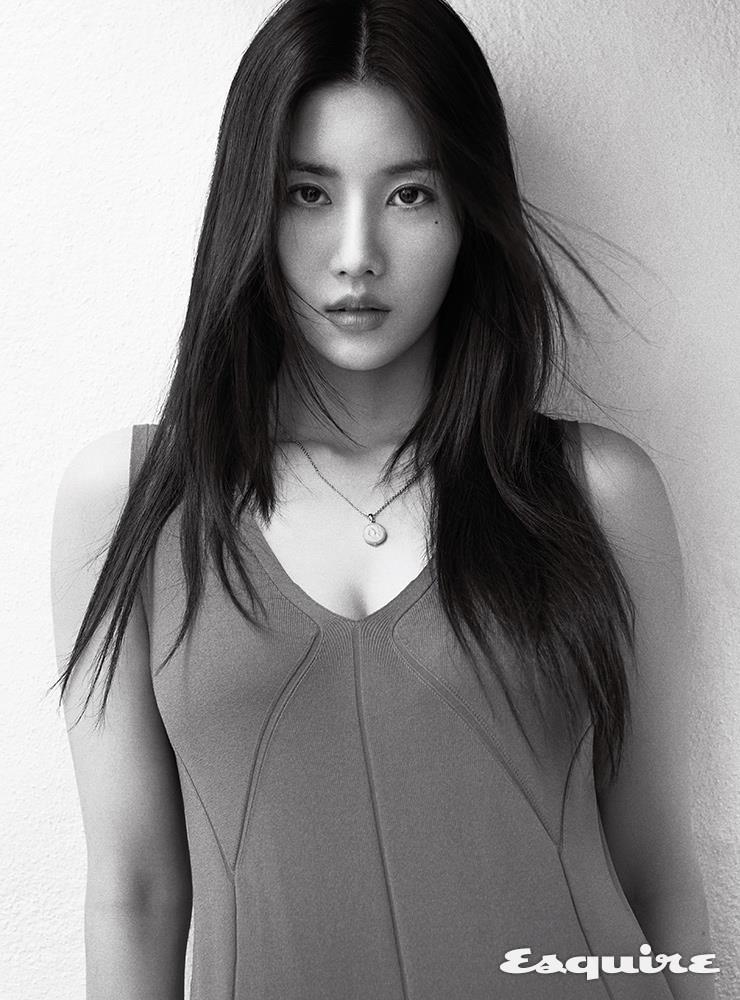 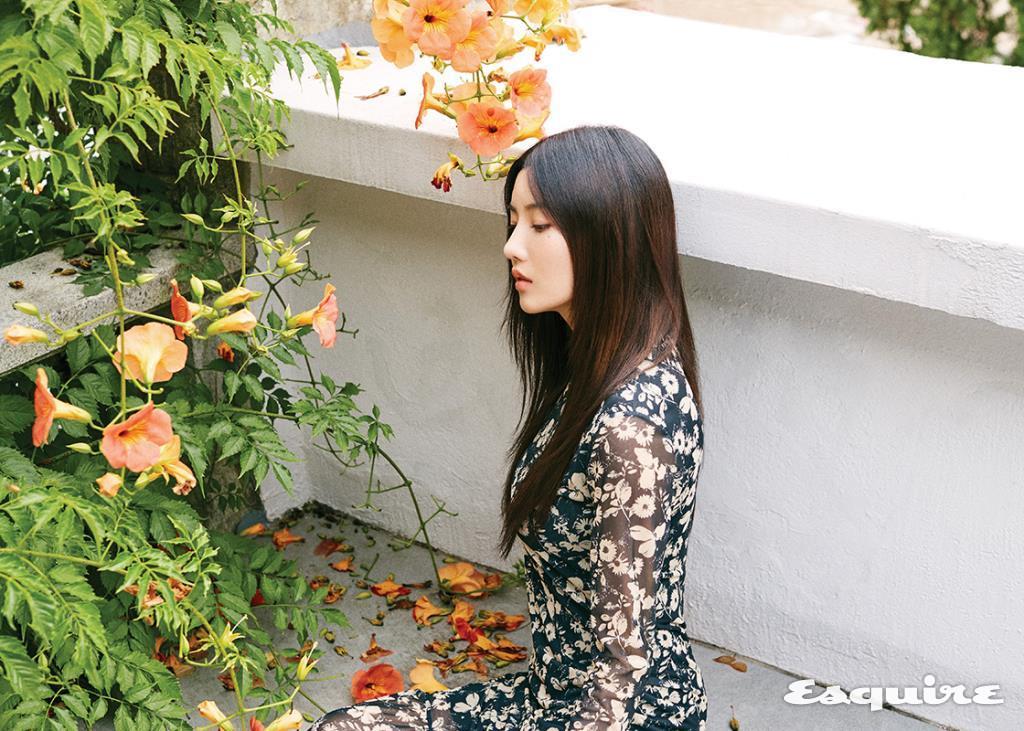 As for their current daily lives, Kwon Eun Bi commented, “First, I have a light breakfast, and then I go exercise. We’ve been doing pilates together at the gym. After exercising, I come to the agency and receive lessons in Japanese, English, and vocals. I figured it’d be good to learn a lot while I’m resting, so the day goes by quickly when I’m receiving a variety of lessons almost all day.”

Kim Chae Won added, “Mine’s similar. I receive lessons for self-improvement, I exercise, and I work hard in a variety of ways to be able to show new sides of myself. I do think we’re basically stuck inside our agency all day.”

You can check out Kwon Eun Bi and Kim Chae Won’s full interview and photo shoot in the August issue of Esquire magazine!