“The Penthouse 3” has released a new behind-the-scenes video!

Kim Young Dae approaches the camera and admits, “I just woke up. I don’t know what’s going on. I’m not fully awake yet. There’s going to be an accident. A really big one.” Then he explains, “My mom almost kills my dad and then I rescue him.”

The staff member points out he appears on a motorcycle, and the actor comments, “Yes, but I can’t drive a motorcycle. Always drive safely, everyone.” Then he turns away from the camera and laughs in embarrassment. 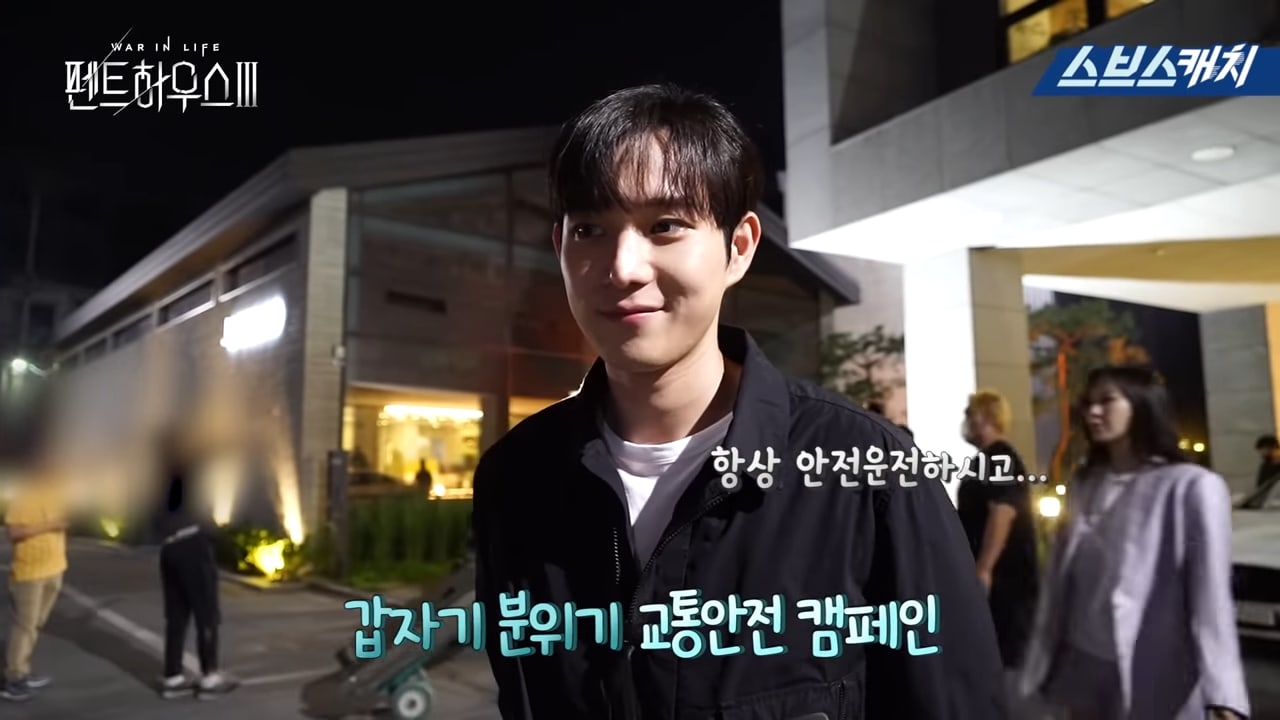 Next, Lee Ji Ah, Uhm Ki Joon, and Kim Young Dae earnestly watch the stunt actors pull off some incredible stunts, and Lee Ji Ah can’t help but exclaim in awe. Kim Young Dae appears in front of the camera again and jokes, “Actually, that was me. Wasn’t it cool? I came back quickly, but it’s hard to do drifting after a long time.” A staff member asks him to get out of the way, and Kim Young Dae sheepishly hurries to the side. He remarks, “I was so into myself that I covered up the camera. 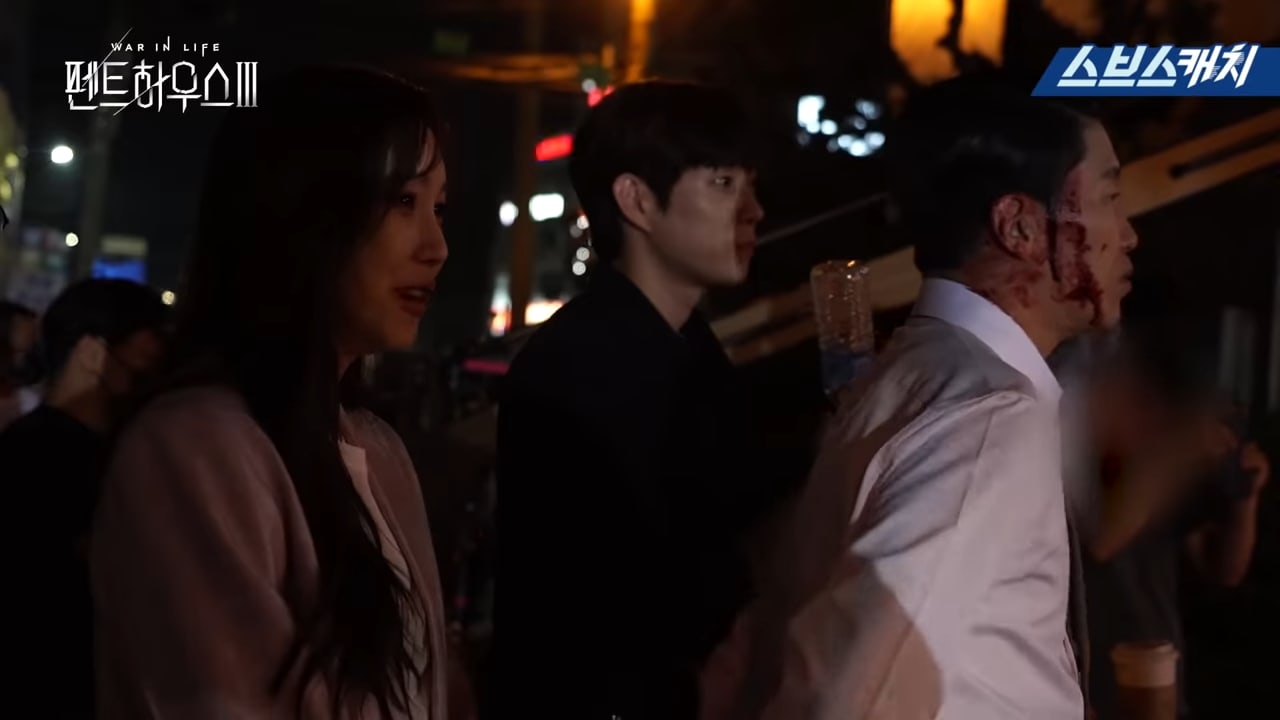 Lee Ji Ah and Uhm Ki Joon team up to perform some of the dangerous stunts themselves. The two actors professionally immerse into their roles, but once the scene is over, Lee Ji Ah can’t help but tremble in fear. She exclaims, “I was so scared. My heart is still pounding. Uhm Ki Joon is fine, right? My legs are so shaky.” She checks on her co-star and explains, “I put in so much strength in the car. I was afraid you’d get hurt.” Uhm Ki Joon assures her that she did a great job, but Lee Ji Ah is still shaken. 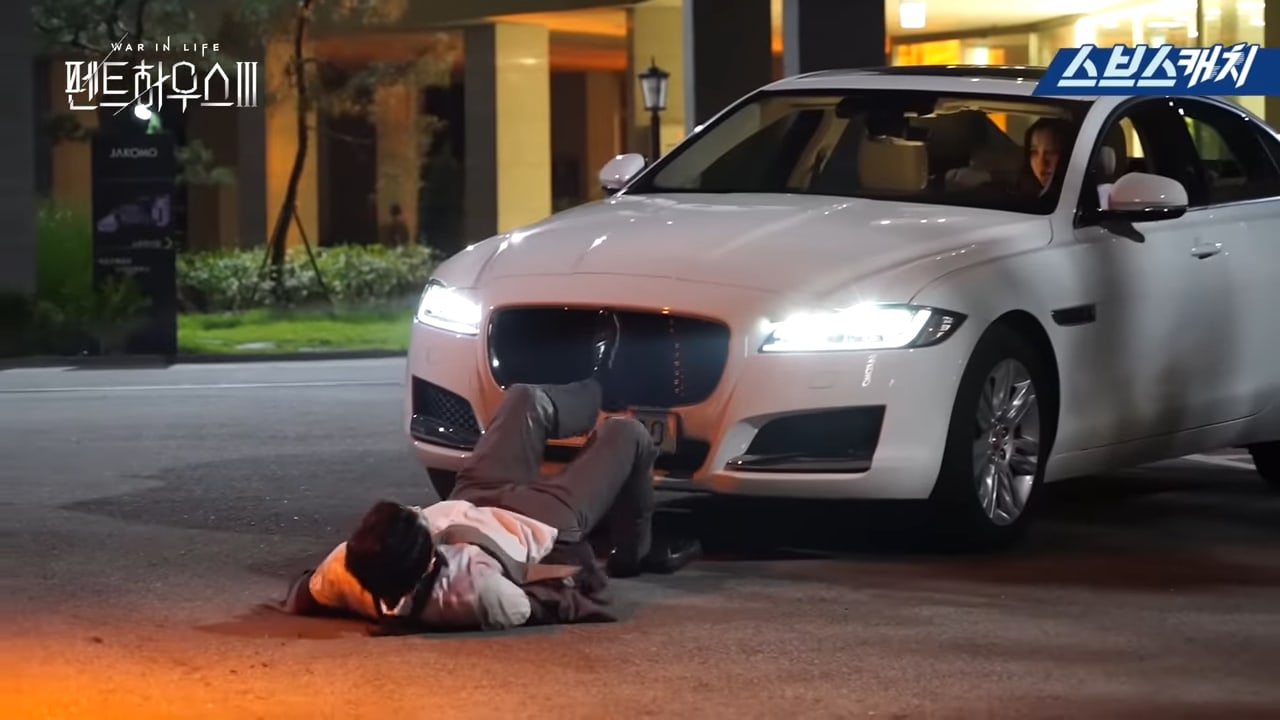 Watch the making-of clip below!