B1A4’s Jinyoung Shares Thoughts On The Roles He Played So Far, His Upcoming Drama “Police University,” And More

B1A4’s Jinyoung recently sat down with fashion magazine Cosmopolitan to dish about his acting projects!

In the interview following the pictorial, Jinyoung mentioned his upcoming KBS drama “Police University” that will tell the story of the chaotic investigation that ensues when a professor at an elite police university teams up with his students. Jinyoung and f(x)’s Krystal will star as university students Kang Sun Ho and Oh Kang Hee, while Cha Tae Hyun will star as passionate detective and professor Yoo Dong Man.

The interviewer asked him if viewers will be able to see the action skills in “Police University” that he previously portrayed in his movie “The Dude in Me.” He replied, “I’m not sure because I’m still filming, but I think so. The students at the police university take kendo and judo classes. In addition, it’s a drama about the police, so there are many interesting things.”

Two years ago, Jinyoung said he wanted to star in a war movie and especially wanted to try shooting a gun. Concerning this, he said, “I wanted to try a spectacular project. I wished to play a role where there’s always an emergency and I’m running around a lot. I like science fiction, action, and blockbuster movies.

When asked if he went into filming right after he was discharged, he answered, “Yes. Everything was awkward at first. It was awkward on the set, and I wonder if I was really there.” Laughing, he admitted, “I was pretty nervous but excited.

The interviewer pointed out that he’s playing a character who is ten years younger than him in “Police University.” Laughing, he commented, “When I filmed ‘The Dude in Me,’ I thought that was the last time I would be wearing a school uniform. But two years later after I discharged from the military, I’m wearing it again. That’s because ‘Police University’ shows a glimpse of my character during his high school days.” 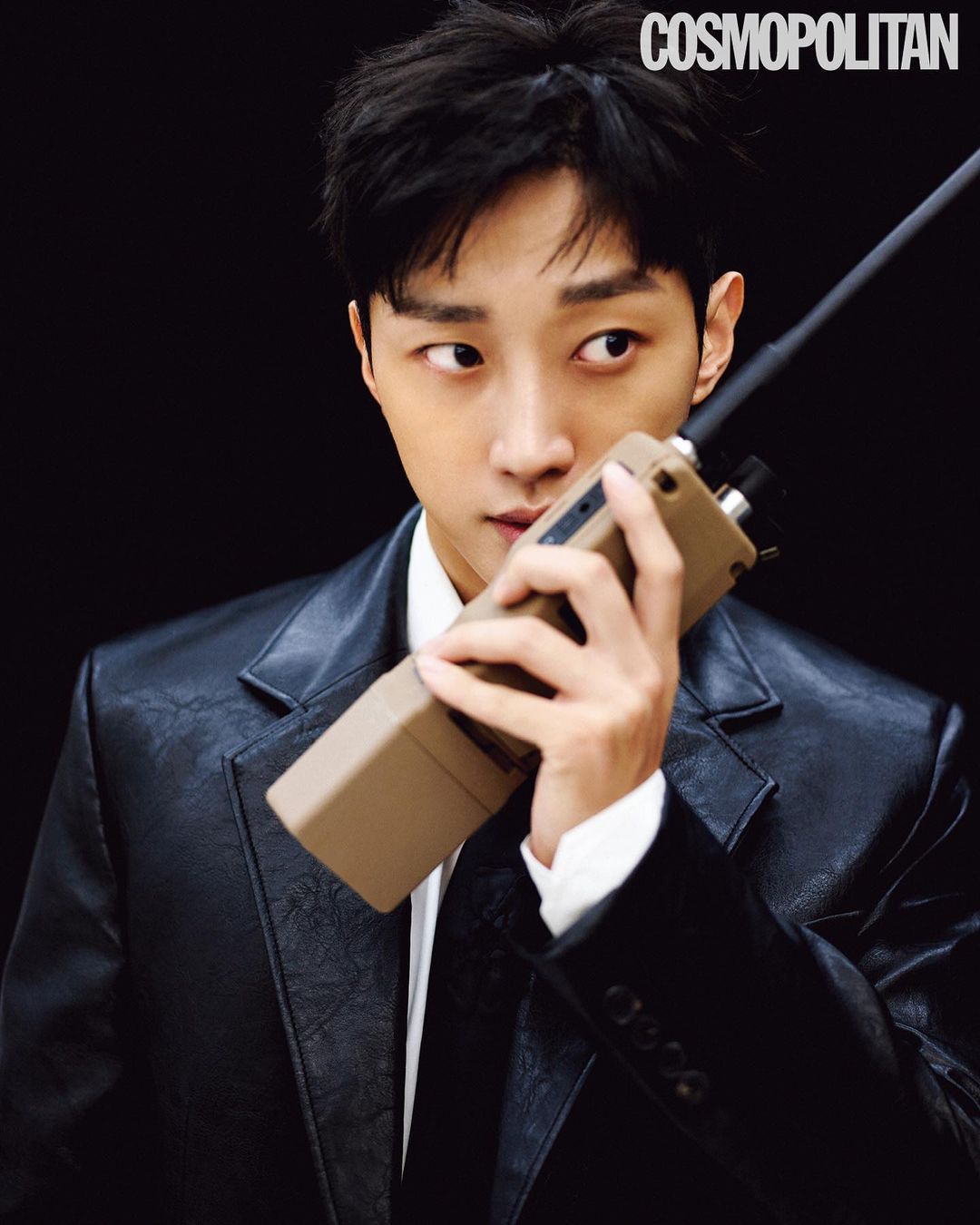 When asked if he learned anything new by acting as a student at a police university, Jinyoung answered, “First of all, I learned that it’s a huge elite group. I didn’t know it was that extreme. [If you want to go to a police university,] you have to get good grades enough to go to Seoul National University, know the law well, and learn science and math that are necessary for investigations. On top of that, you need to know how to fight. When you actually become a police officer, personality is also an important criterion. You can’t re-enter the school if you’re expelled. This drama did a lot of research, so there are many moments when I feel like I’m a real police student. I feel like I’ve become stronger myself.”

Regarding anything he paid extra attention to for “Police University,” Jinyoung remarked, “My character Kang Sun Ho had no dream or passion when he was in high school. It’s important that I express the process of the achromatic Kang Sun Ho finding his own colors and dreams as he meets Oh Kang Hee. I have to change the tone and style of my lines one by one according to his changing personality. It’s hard to get the details even though I understand them emotionally.”

The interviewer asked him which of his characters was the hardest to portray, and without hesitance, he chose Dong Hyun from “The Dude in Me.” He explained, “It was incredibly hard to express the soul that came into my character. I haven’t experienced the late 40s before. I had a mental breakdown. Usually after I act, I think, ‘Oh, this is enough’ or ‘I don’t think I did this well.’ But back then, even if the director called ‘cut,’ I didn’t know if I did a good job or not. Even the director had a difficult time.”

Then Jinyoung had to choose an actor that people fell in love with. He picked Kim Yoon Sung from “Love in the Moonlight,” which made the interviewer comment that he was a slightly cheesy character. Laughing, Jinyoung agreed with them, saying, “Come to think of it, I think I’ve been playing that kind of role. I was embarrassed when I was portraying Kim Yoon Sung, but a lot of people liked it.” 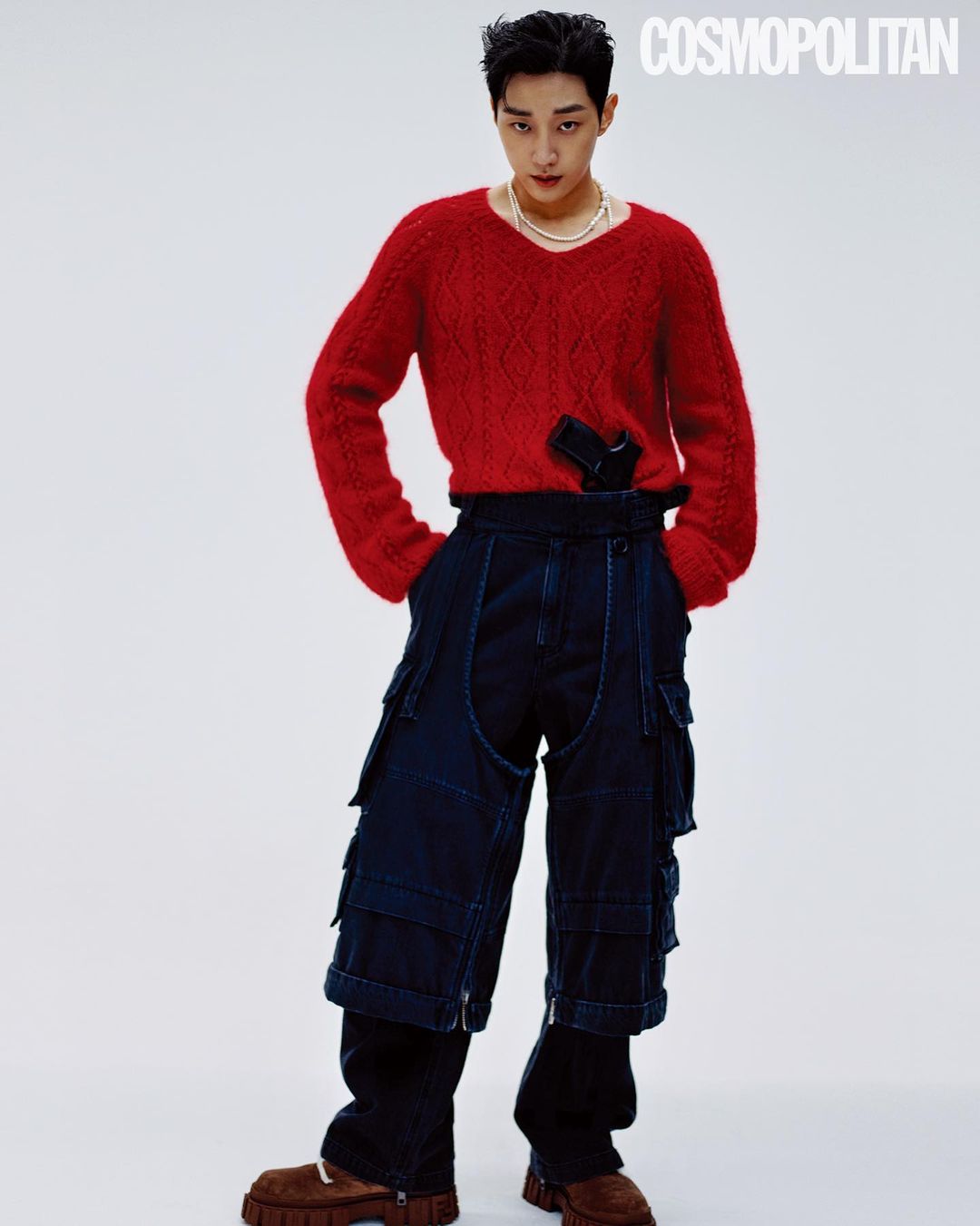 Next, Jinyoung chose a character that he thought was cool. He shared, “[I pick] Do Hyun from ‘My First First Love.’ As a man, I thought he was cool. He’s not outstanding, but I think he was a nice guy.”

The interviewer pointed out that “Police University” would be airing this summer. When asked if he likes summer, he candidly shared, “Honestly, I neither hate it nor like it. I like fall and winter. I like seasons with a romantic atmosphere. Summer is more like, ‘Hey, let’s play!’. I like bright and fresh things like that, but I prefer chilly and sentimental seasons.”

Then the interviewer shared that he’s been either playing hopeless high school students (like Ban Ji Ha from “Miss Granny”) or sweet romanticists (like Kim Yoon Sung in ‘Love in the Moonlight’). Jinyoung explained, “My character [from ‘Police University’ is completely different this time. Kang Sun Ho is very blunt yet cute. He turns into a romanticist when he’s with a girl.” 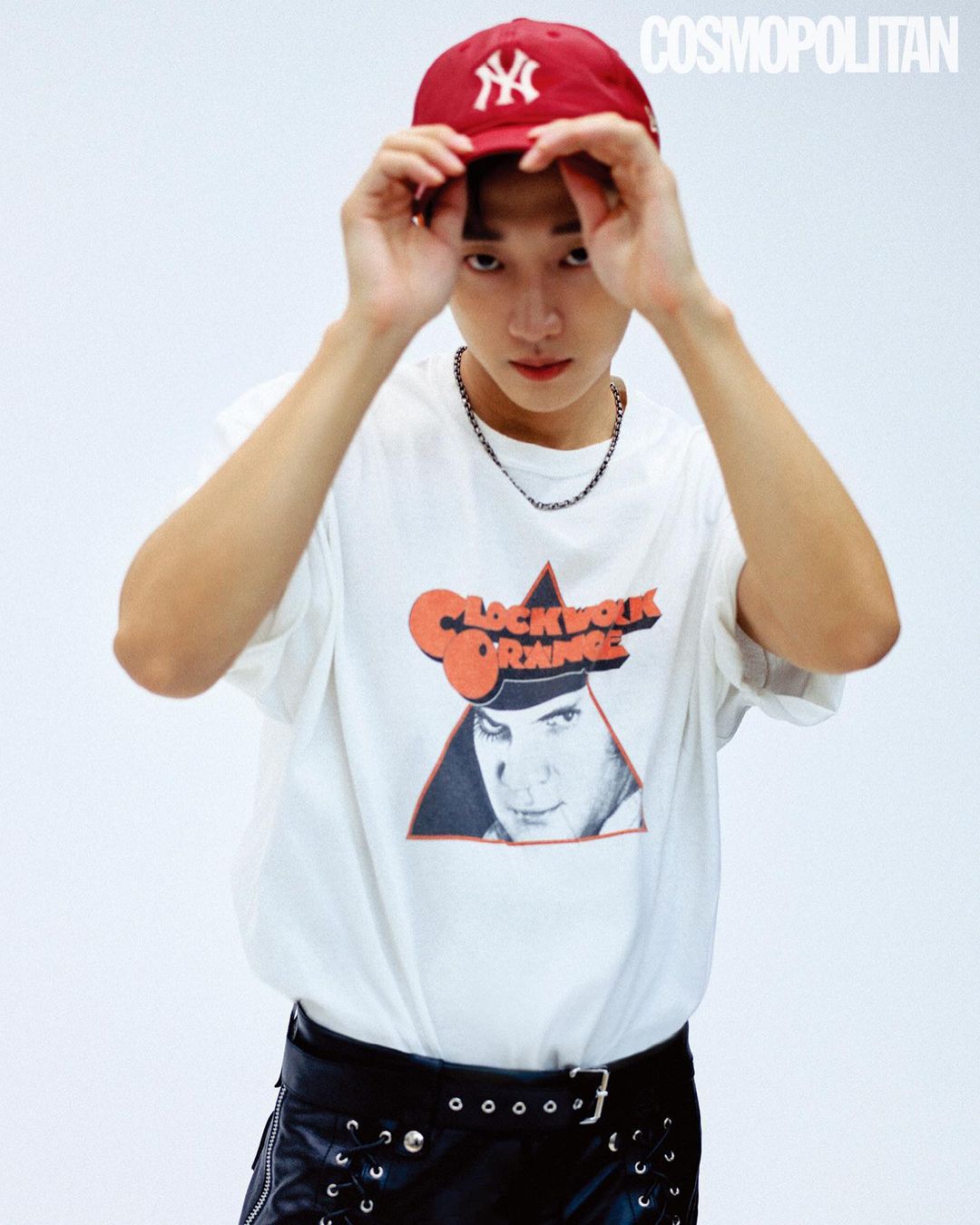 While you’re waiting, watch “Dude in Me” below:

B1A4
Cosmopolitan
Jinyoung (B1A4)
Police University
How does this article make you feel?