On July 26, sibling duo AKMU held an online press conference for the release of their new EP, “Next Episode.”

“Next Episode” is a collaboration album featuring artists like Lee Sun Hee, IU, Crush, Zion.T, Beenzino, Sam Kim, and Choi Jung Hoon. Lee Chanhyuk said, “This comeback is really special. In the past, I wrote and produced all the songs on the album and we never had any featuring artists, but this time our concept itself is ‘collaboration.’ It was really fun to make songs with the featuring artists in mind.”

The title track of the album, “NAKKA,” features IU and was based on the movie “The Greatest Showman.” Lee Suhyun said, “The song is about promising to always be at the side of someone who is going through a hard time. I really loved ‘The Greatest Showman’ and I took my brother to see it. He said that he’d gotten inspiration from a scene.”

She added, “We thought about how to make this song more approachable for the public and how to make the message reach people’s hearts. We realized that IU was the artist. There were a lot of fans who had wanted us to work together, and we felt that this was the right time, so we reached out to her and she readily agreed.”

Lee Suhyun joked that there had been a difference between Lee Chanhyuk’s approach to vocal direction with IU and with his sister. “He’s very strict with me,” she said. “But when IU was recording, he kept shouting, ‘That’s great!’ and giving her thumbs-up. I was a little bit hurt, but it was IU, so I had to admit he was right.”

Lee Chanhyuk said, “I hope that it was a fun experience for all the artists involved, including IU.” About Lee Sun Hee’s song, “Hey kid, Close your eyes,” there is a line that says, “Back then, we didn’t wear masks.” He explained, “I wanted to leave it open for interpretation to the listeners. Of course, ‘masks’ is something that could be connected to the pandemic, but I still wanted to leave it open-ended. There are also masks involved in warfare [the Korean title of the song is ‘Battlefield’].”

Asked how they’d selected their featuring artists, Lee Suhyun said, “We worked with people who have made their mark in the Korean music industry. It was a great honor to be able to work with Lee Sun Hee.” Lee Chanhyuk said, “We didn’t really think that we’d be able to work with her, but the chance arrived and she agreed so readily that it was an honor. I didn’t even have to add anything, it felt like the song was being self-produced as she sang.”

About their goals for the album, Lee Chanhyuk said, “In the past, we had big dreams like wanting to change the world with our music. Now we just want people to hear the message of our album and hope that there are people motivated to change because of it.” 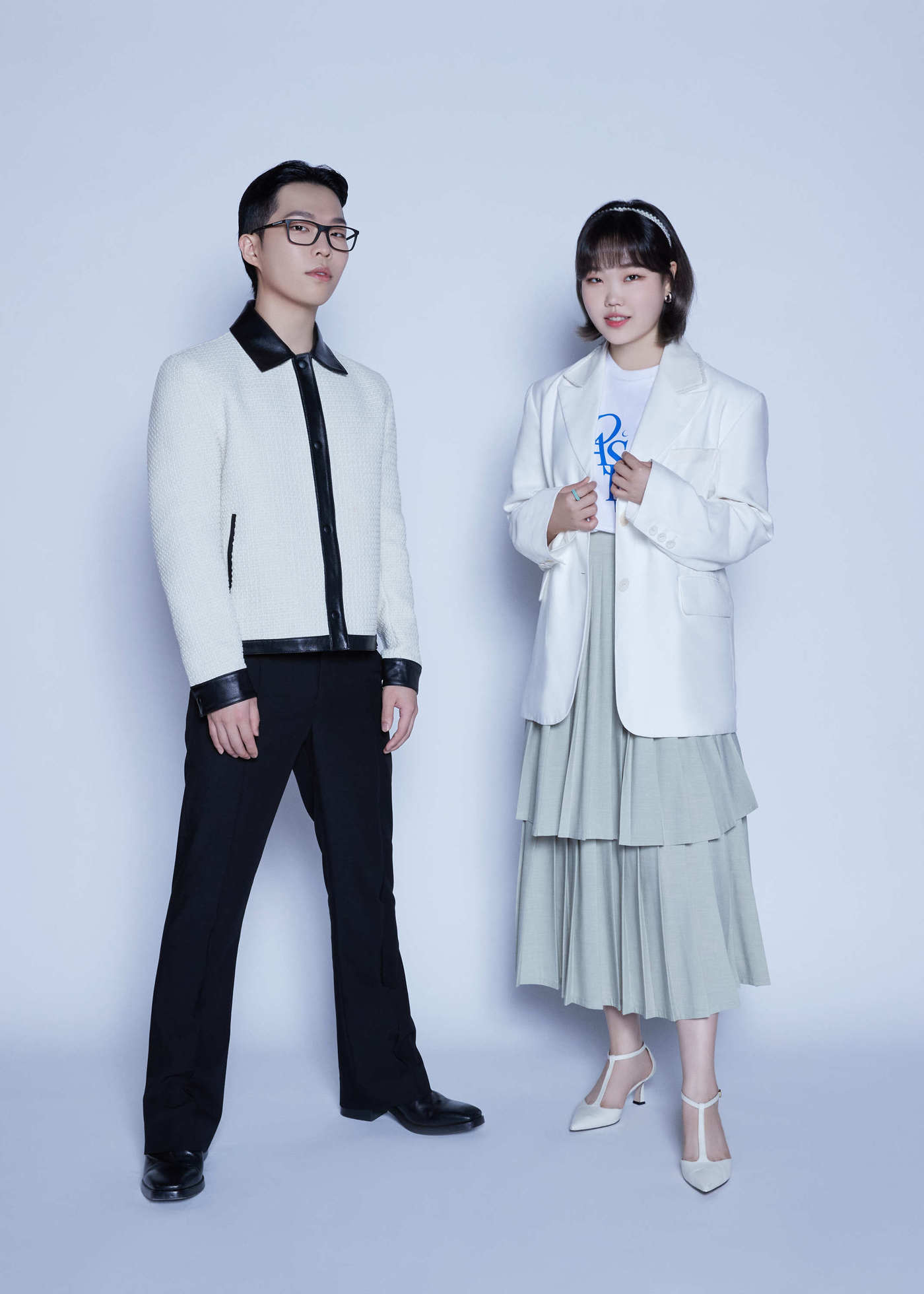 IU
AKMU
Lee Suhyun
Lee Chanhyuk
How does this article make you feel?