“Police University” is amping up excitement for the drama with new character posters!

“Police University” will tell the story of the chaotic investigation that ensues when a professor at an elite police university teams up with his students – one of whom is a genius former hacker. B1A4’s Jinyoung and f(x)’s Krystal will star as university students Kang Sun Ho and Oh Kang Hee, while Cha Tae Hyun will star as passionate detective and professor Yoo Dong Man.

On July 27, KBS revealed posters of the three main characters.

The first poster shows Cha Tae Hyun as Yoo Dong Man, a veteran detective. He has one leg over the wall, and despite his humorous position, his expression is nothing but serious as he rests his chin on his hand. His eyes are fixed on something, and he seems resolved to find a clue about it. The text on his poster describes him as a professor who wants to go back to being a police officer. 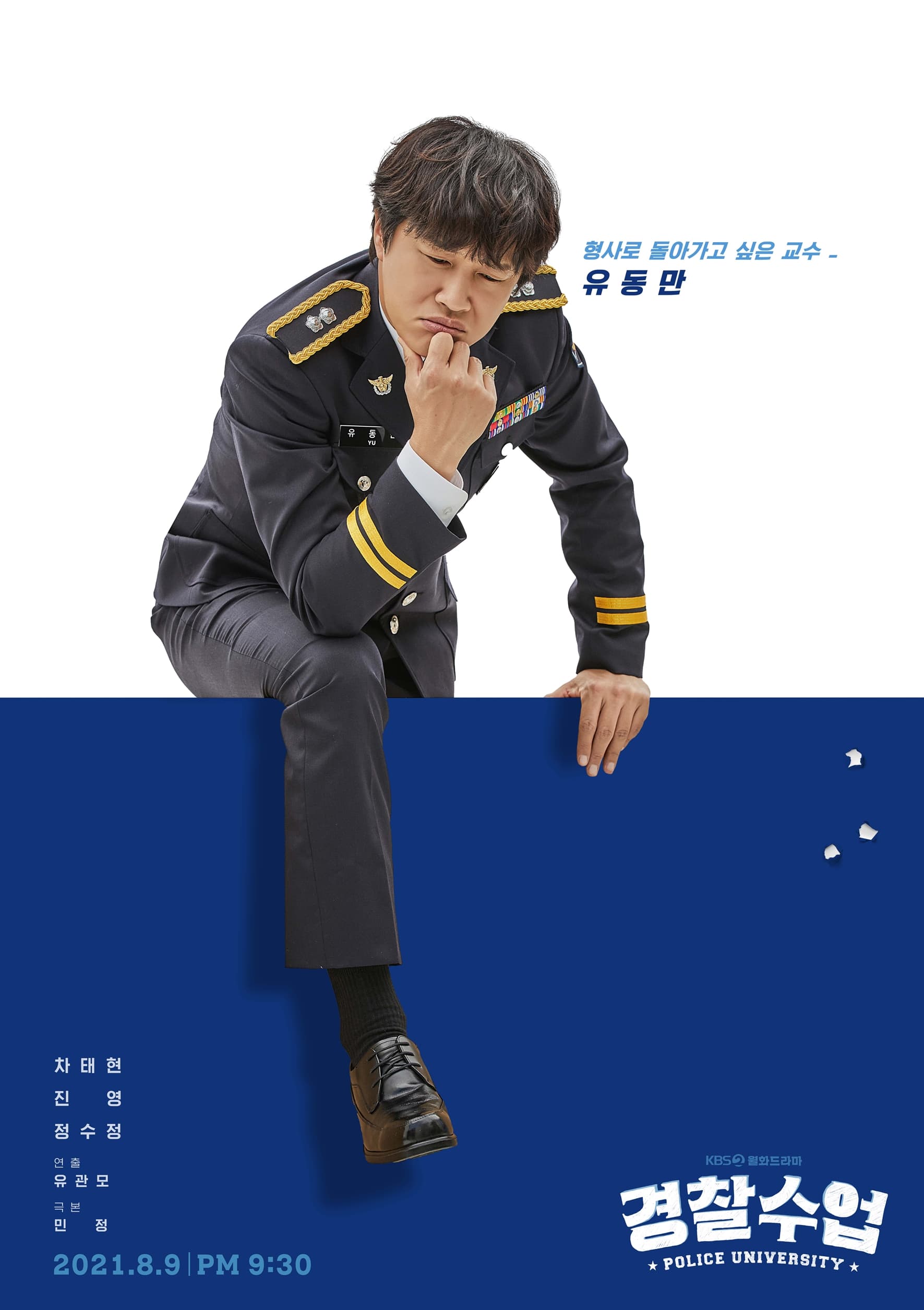 In the next poster, Jinyoung transforms into Kang Sun Ho. He is lying on the floor with a lively expression while holding a gun in one hand and touching a laptop with his other hand. His poster says, “A hacker who wants to be a police officer,” causing curiosity to mount over his reason for wanting to fulfill this particular dream. 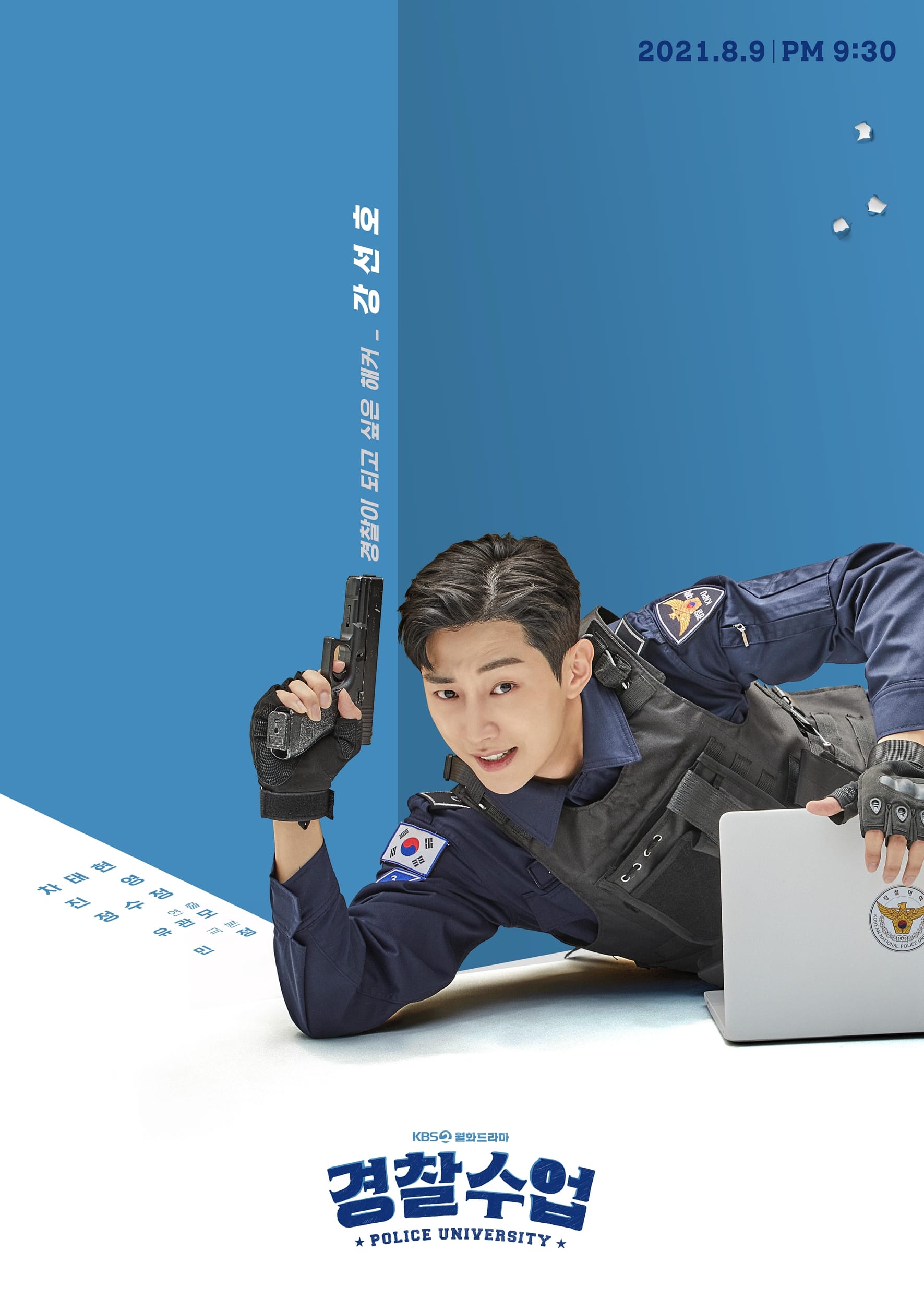 Krystal shows the charms of her character Oh Kang Hee in her individual poster. Her gaze is sharp as she aims a gun at something, and she exudes charisma in her dynamic posture. The text on the poster states, “A judo girl who dreams of becoming a police officer.” 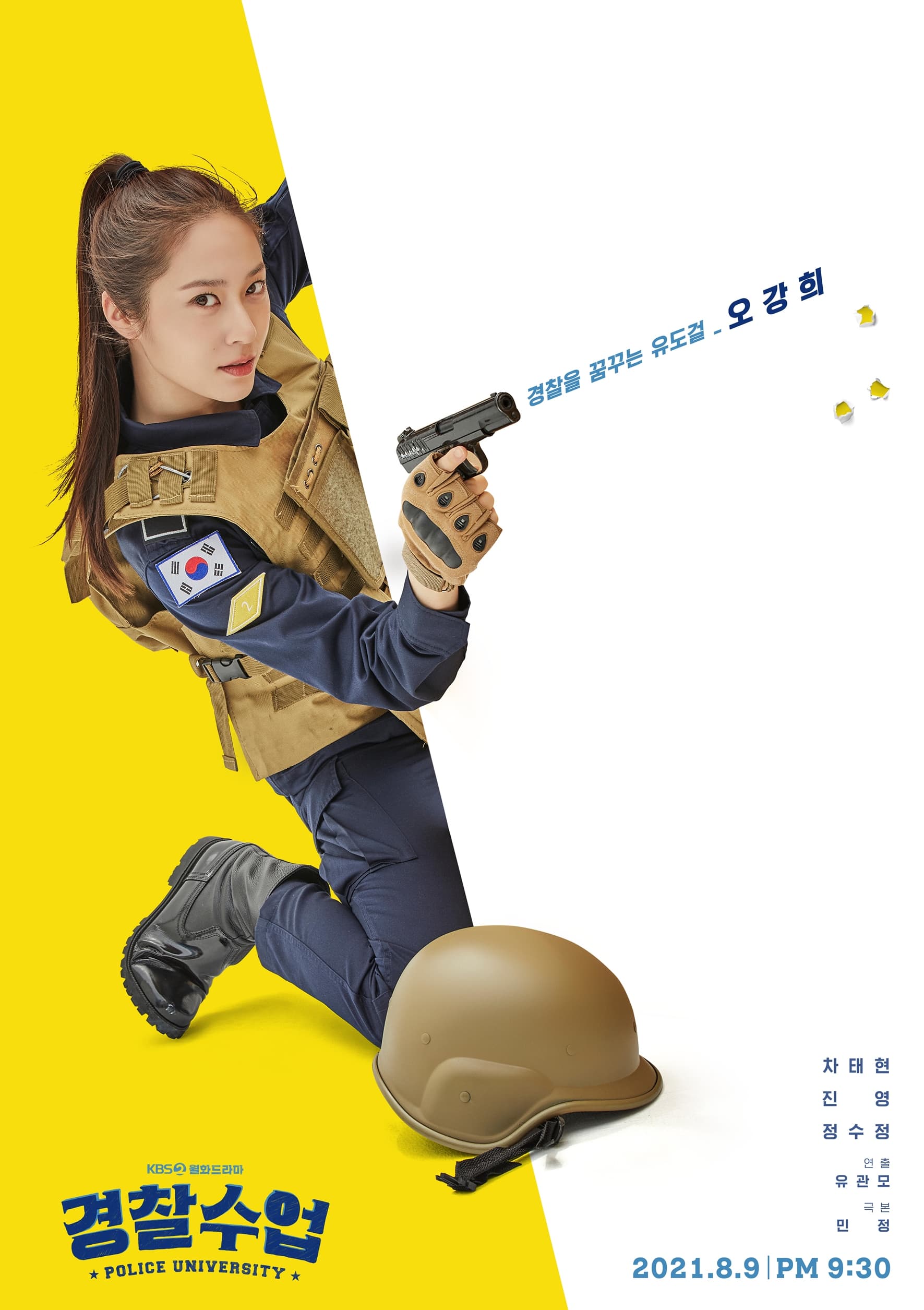 The drama’s producers commented, “Cha Tae Hyun, Jinyoung, and Krystal have different charms, but they show off their brilliant synergy through perfect harmony. We want to convey a different kind of fun through the brilliantly mismatched [teamwork] between the three people who don’t seem to fit together. Please look forward to how they will harmonize and showcase fresh chemistry amid the mysterious incident surrounding the police university.”