Upcoming JTBC drama “Lost” has unveiled the main poster for the drama.

“Lost” tells the stories of average people who realize they haven’t become anything throughout their lives and try their best to see the spotlight. Jeon Do Yeon stars as Boo Jung, a ghostwriter in her 40s who feels lost and as if she hasn’t been able to amount to anything. Ryu Jun Yeol stars as Kang Jae, a man who runs a service where employees act out whatever roles clients request.

The newly released poster captures Boo Jung’s and Kang Jae’s complicated feelings. They’re both reflected in light and shadowed in darkness, which hints that the drama will portray their sorrowful stories. Boo Jung looks like she’s about to burst into tears, and Kang Jae’s eyes are rough but lonely. The text on the poster reads, “Where are we now?”. 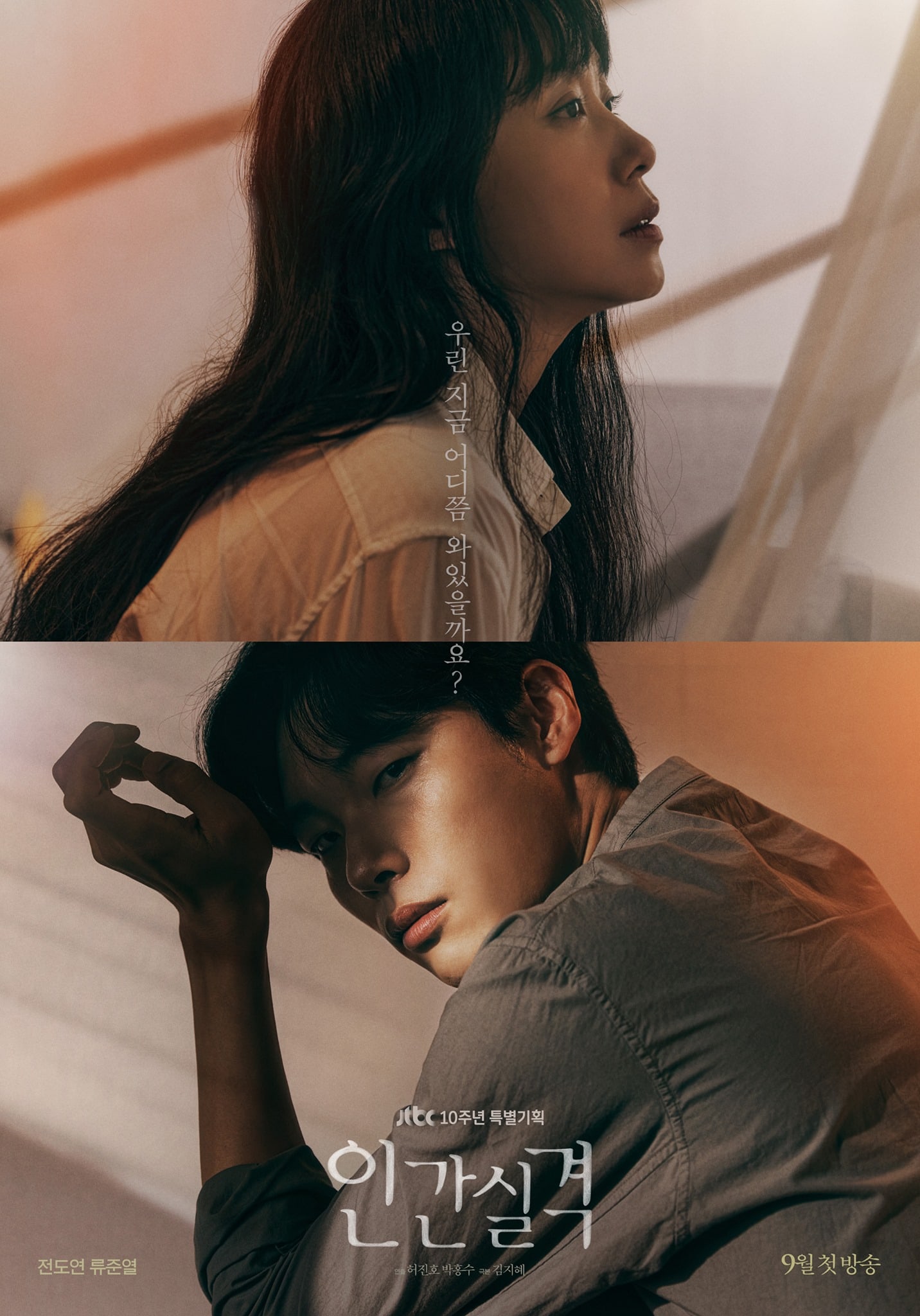 Boo Jung is a woman who has always tried her best but has lost her reason to live after running into failure. Kang Jae desires to become rich and took risk to climb higher up the social ladder but only ended up getting lost. Both characters are stuck in fear and hopelessness, and they’ve reached overwhelming points in their lives.

The drama’s producers commented, “Jeon Do Yeon and Ryu Jun Yeol’s acting synergy, which depicts realistic emotions in everyday life, is more than perfect. Boo Jung and Kang Jae will face each other at the point where life’s downhill and uphill moments cross. The story of the two characters, who will be each other’s warmth in a cold and difficult reality, will provide warm sympathy and comfort.”

“Lost” is currently scheduled to premiere in September.

In the meantime, watch Ryu Jun Yeol in “Hit-and-Run Squad“: