“The Penthouse 3” has announced an extension!

On July 29, the drama’s production team shared, “A two-episode extension has been confirmed in order to achieve a successful conclusion with a more solid ending.”

Along with the announcement, “The Penthouse 3” released preview stills of Uhm Ki Joon and Kim Young Dae.

In the previous episode, Joo Seok Hoon (Kim Young Dae) expressed anger when he found out that Joo Dan Tae (Uhm Ki Joon) was involved in the death of Oh Yoon Hee (Eugene). However, Joo Seok Hoon then saved Joo Dan Tae from a dangerous situation and said to him, “If you just promise me that you won’t let my mother get hurt, then I won’t push you away. I will live the life you want me to.”

The new stills show Seok Hoon visiting Dan Tae’s office to begin learning work from him. Dan Tae appears amused by the situation as he looks at Seok Hoon, while Seok Hoon approaches his desk with an intense glare. 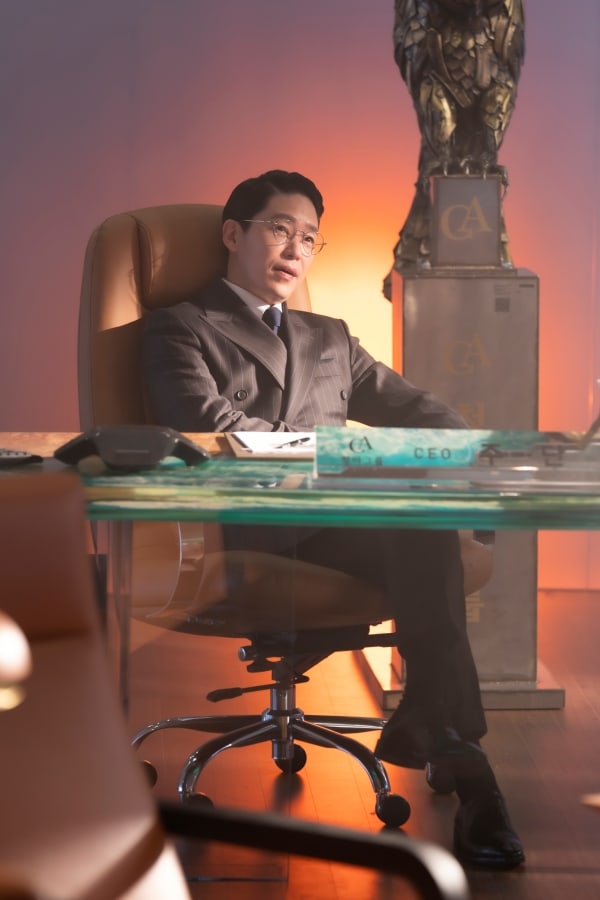 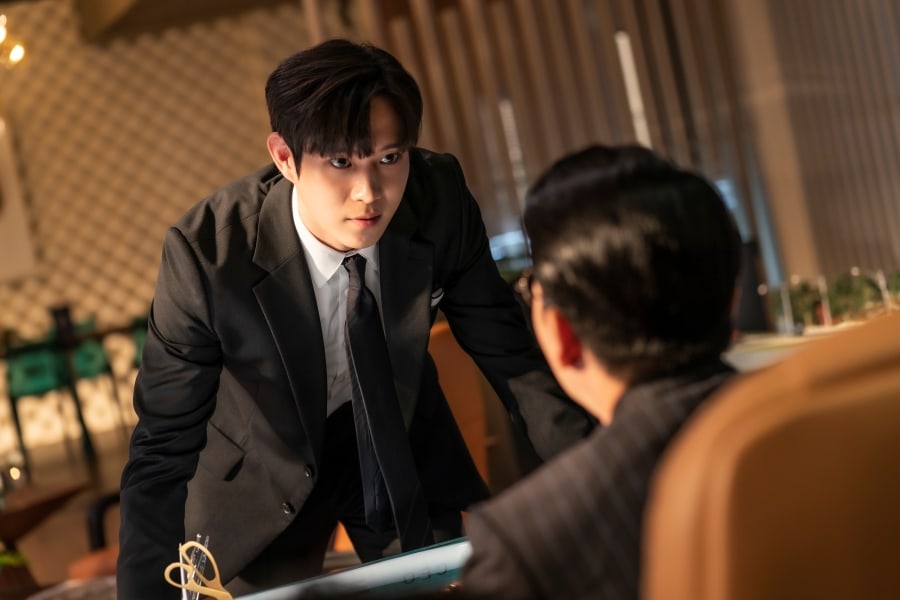 Dan Tae then displays a satisfied smile as he embraces Seok Hoon, and Seok Hoon responds with a stiff facial expression. 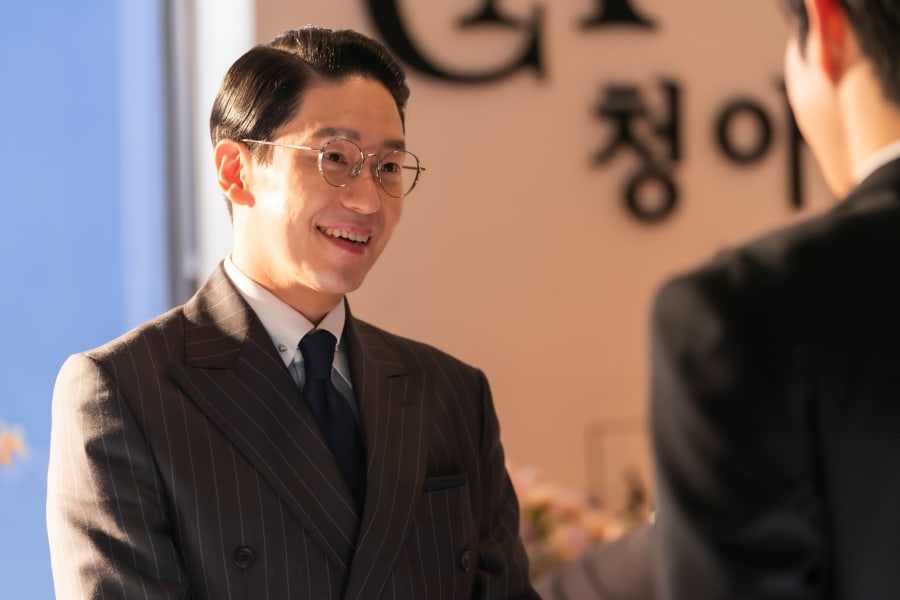 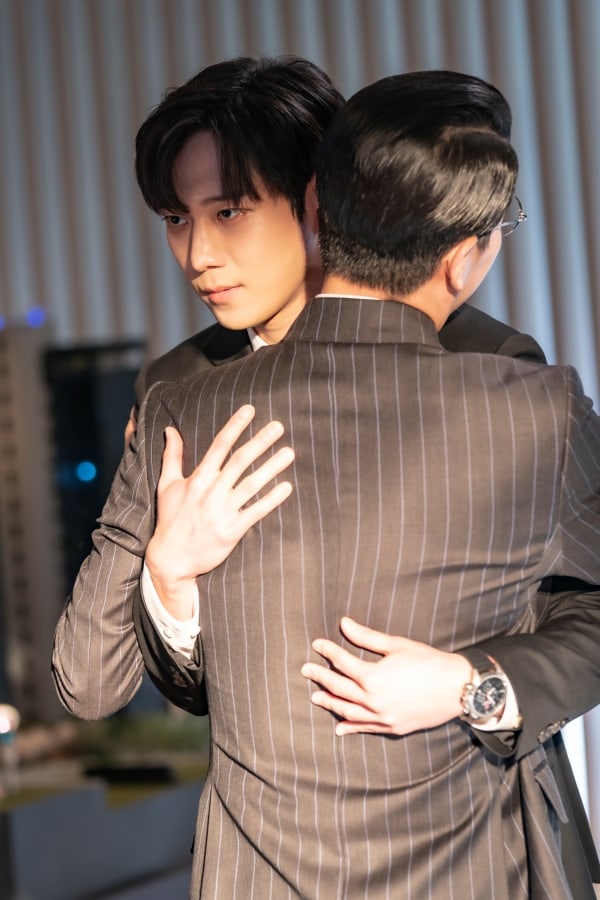 When not filming, Uhm Ki Joon and Kim Young Dae showed a completely different vibe as they shared a warm conversation and smiled together for the camera. However, they impressed with their professionalism as they immediately transformed into their characters when filming began. 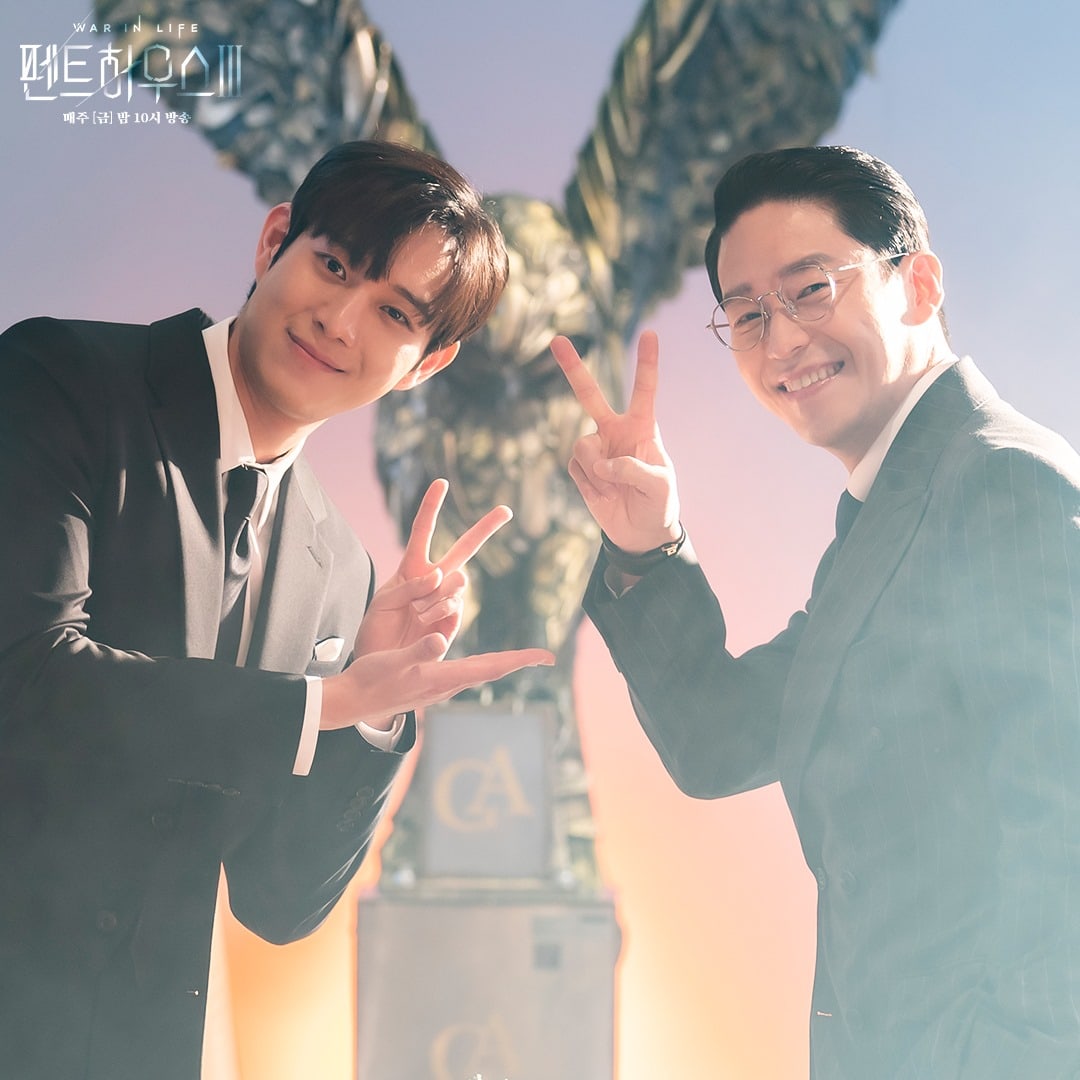 The production team commented, “Uhm Ki Joon and Kim Young Dae are actors who have captivating charisma. Please watch their relationship until the end and find out if Joo Seok Hoon will fall for the devilish whispers.”

Uhm Ki Joon
Kim Young Dae
The Penthouse 3
How does this article make you feel?