The first stills of Kim Seon Ho have been released for “Hometown Cha-Cha-Cha”!

A warm character with handsome looks, Hong Doo Shik is a hero to the people of Gongjin as he helps them out with anything and everything around town. Although officially unemployed, he takes on plenty of odd jobs with his endless knowledge and skills in various fields.

In the first stills, Hong Doo Shik sports a casual outfit with a flannel top and jeans along with a backpack on one shoulder. One image gives a glimpse of his caring personality as he bends his knees to make eye contact with an elderly woman in the village. 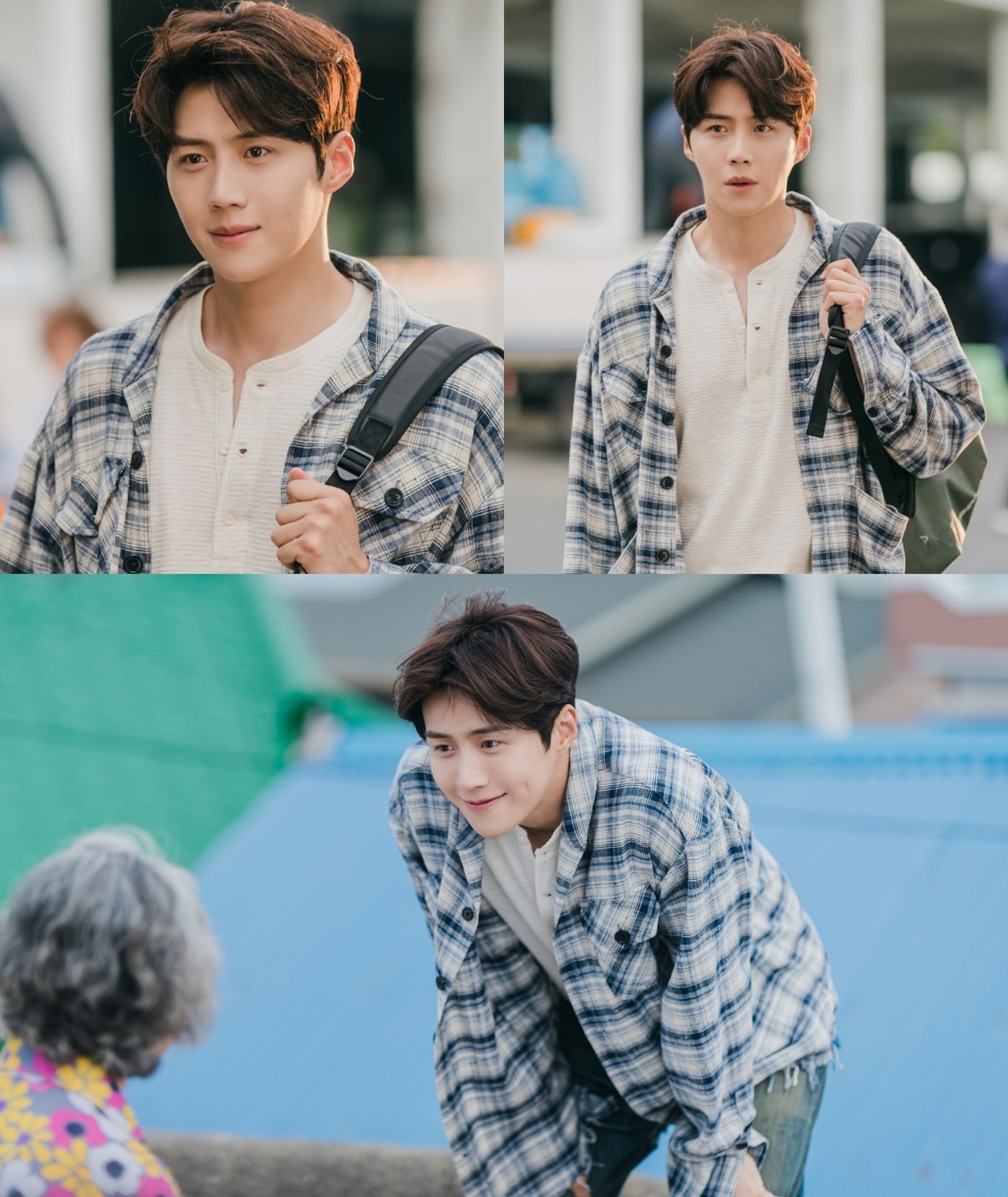 The “Hometown Cha-Cha-Cha” production team commented, “While filming, there is a synergy effect with the combination of actor Kim Seon Ho’s charms and Hong Doo Shik’s charms. [Viewers] will be able to feel new charms from Kim Seon Ho that have never been seen before.”

While waiting, watch Kim Seon Ho in “Welcome to Waikiki 2“:

Kim Seon Ho
Hometown Cha-Cha-Cha
How does this article make you feel?