Jinyoung, Krystal, And Cha Tae Hyun Dish On What To Look Forward To In “Police University”

The stars of KBS 2TV’s “Police University” have shared their thoughts on the upcoming drama!

“Police University” is a new drama about the chaotic investigation that ensues when a professor at an elite police university teams up with his students—one of whom is a genius former hacker. B1A4’s Jinyoung and f(x)’s Krystal will star as university students Kang Sun Ho and Oh Kang Hee, while Cha Tae Hyun will star as passionate detective and professor Yoo Dong Man.

“Although they initially get off on the wrong foot, they eventually wind up solving a case together,” he continued. “Please keep an eye on their touching journey of growth.”

When asked what he thought set “Police University” apart from other dramas, Cha Tae Hyun replied, “The glimpse inside life at police university, which is unfamiliar but fun to watch, and the wide array of incidents that take place among the students.” 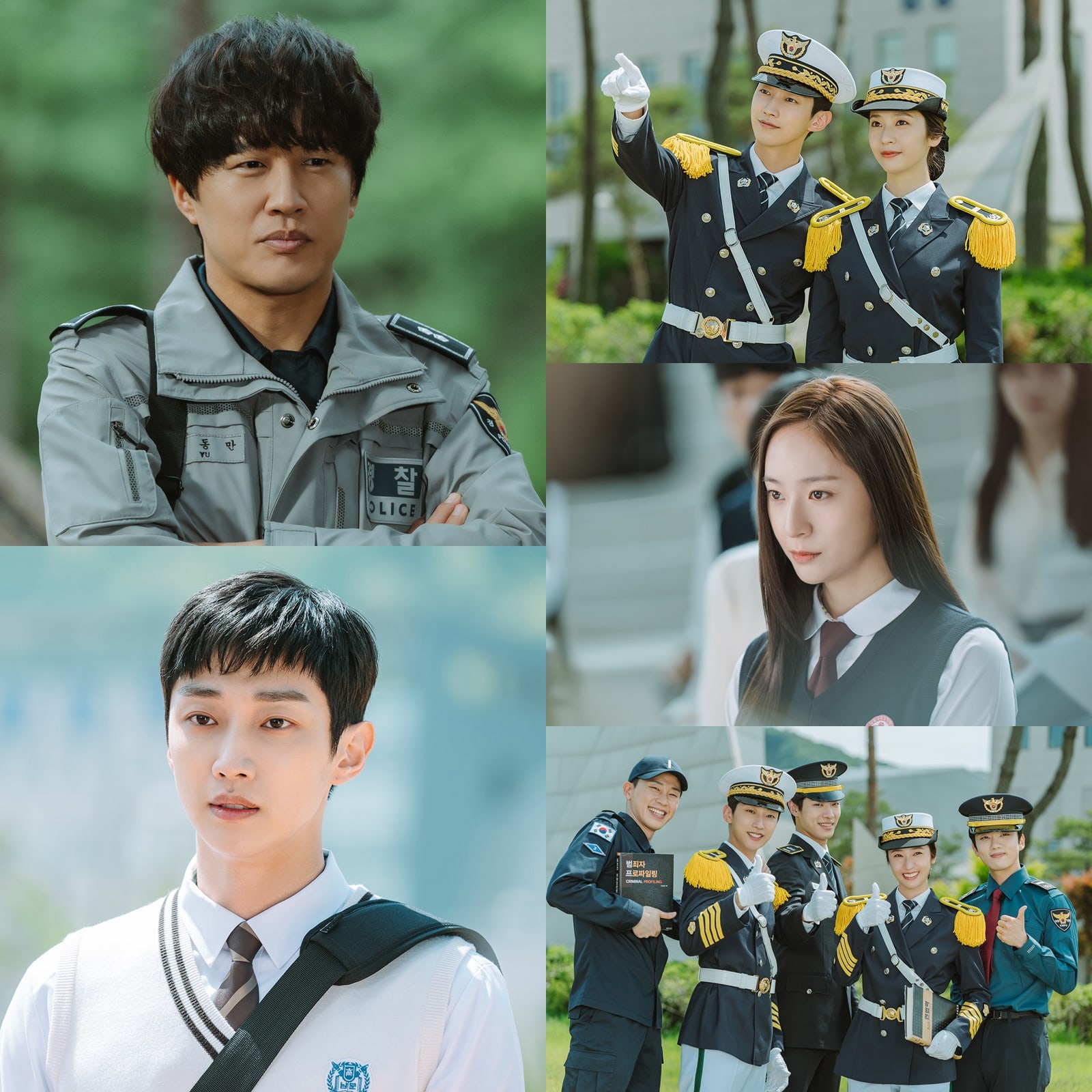 Meanwhile, Jinyoung commented, “‘Police University’ is a drama that does a great job portraying events that take place both inside and outside police university. Incidents keep arising, and it’s fun to see the process of the people at police university attempting to solve cases together.”

Krystal agreed, “‘Police University’ has so many watchable elements that I think you’ll be able to watch it without becoming bored. I think it’d be good to focus on the character’s relationships and how each character is entangled with the others while watching.”