South Korean swimmer Hwang Sun Woo recently set an Asian record at the 2020 Summer Olympics—but that wasn’t the only exciting thing to happen to him this week!

The Olympic athlete once revealed in a TV interview that he was a fan of both BLACKPINK’s Jennie and ITZY’s Yeji. The interviewer remarked, “They might be able to recognize you now,” to which he replied, “I’d be really happy if they did.” 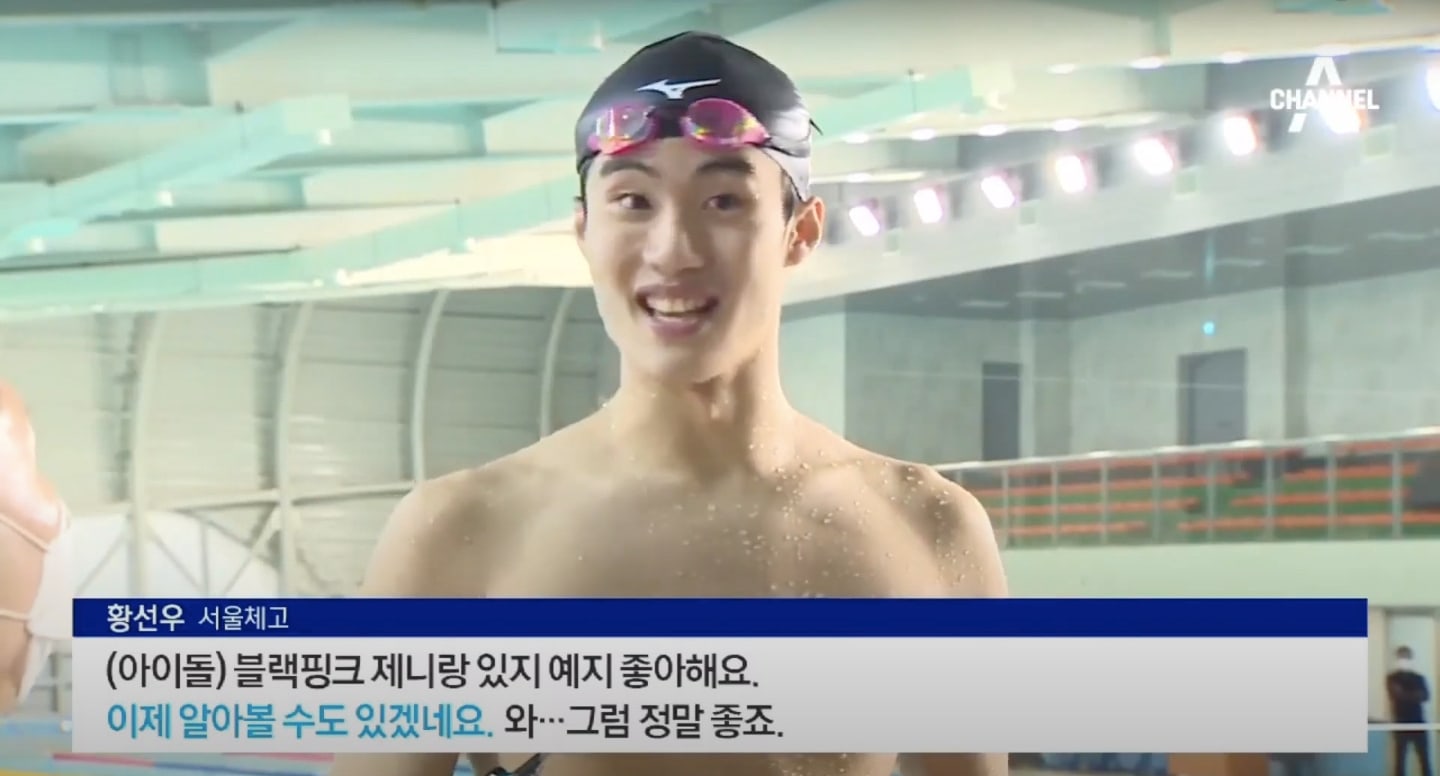 On July 27, Yeji took to ITZY’s official Instagram account to cheer him on before his 200m freestyle final. Sharing a photo of a finger heart, she wrote, “Hwang Sun Woo, good luck with the final that’s about to take place! I’ll be rooting for you too!!! Yeji.”

Shortly afterwards, Hwang Sun Woo shared a screenshot of her post with the caption “….” and an emoji that summed up his surprise. 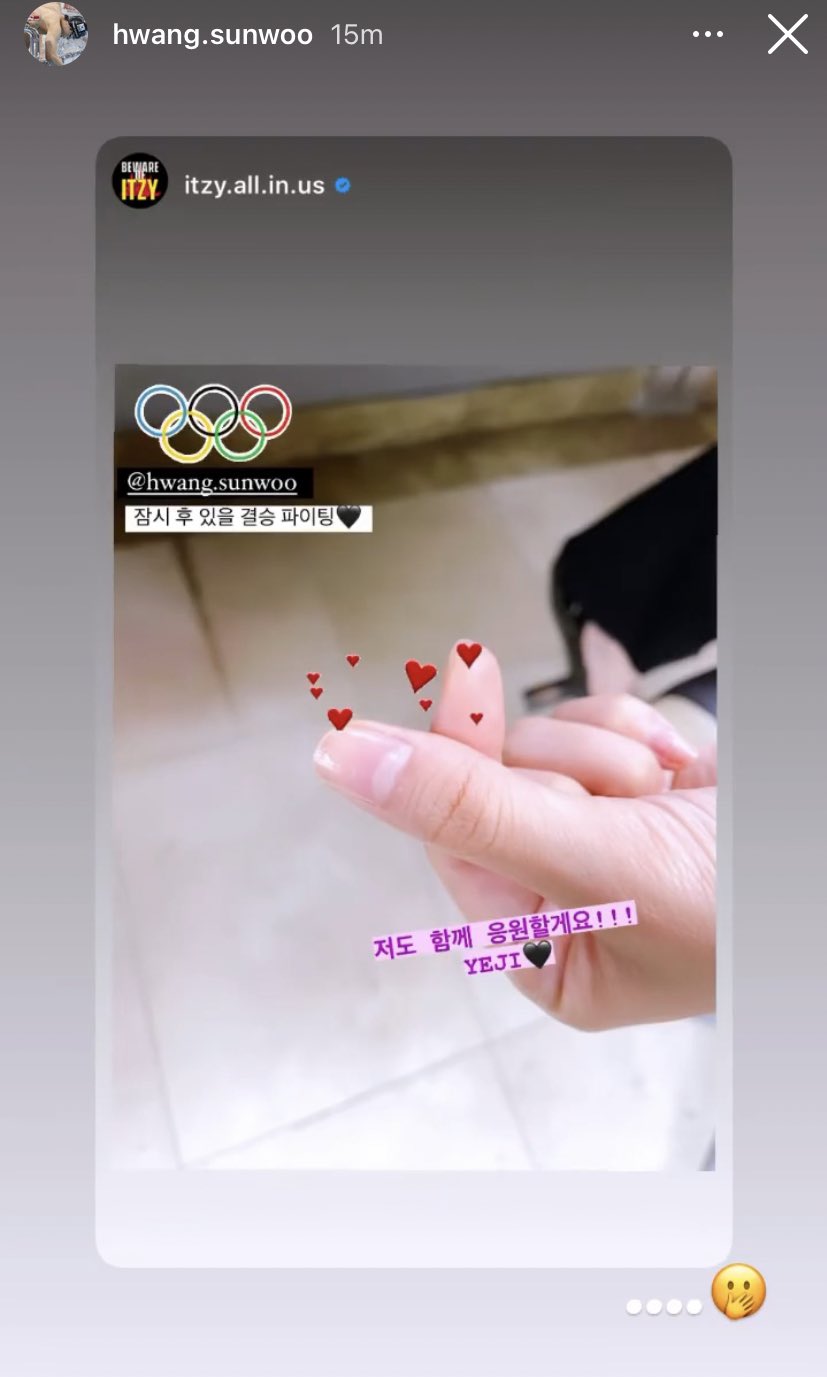 Two days later, on July 29, Jennie also showed love for the athlete by sharing a photo of him swimming with the caption, “I’m rooting for you too. Let’s go, Hwang Sun Woo!” 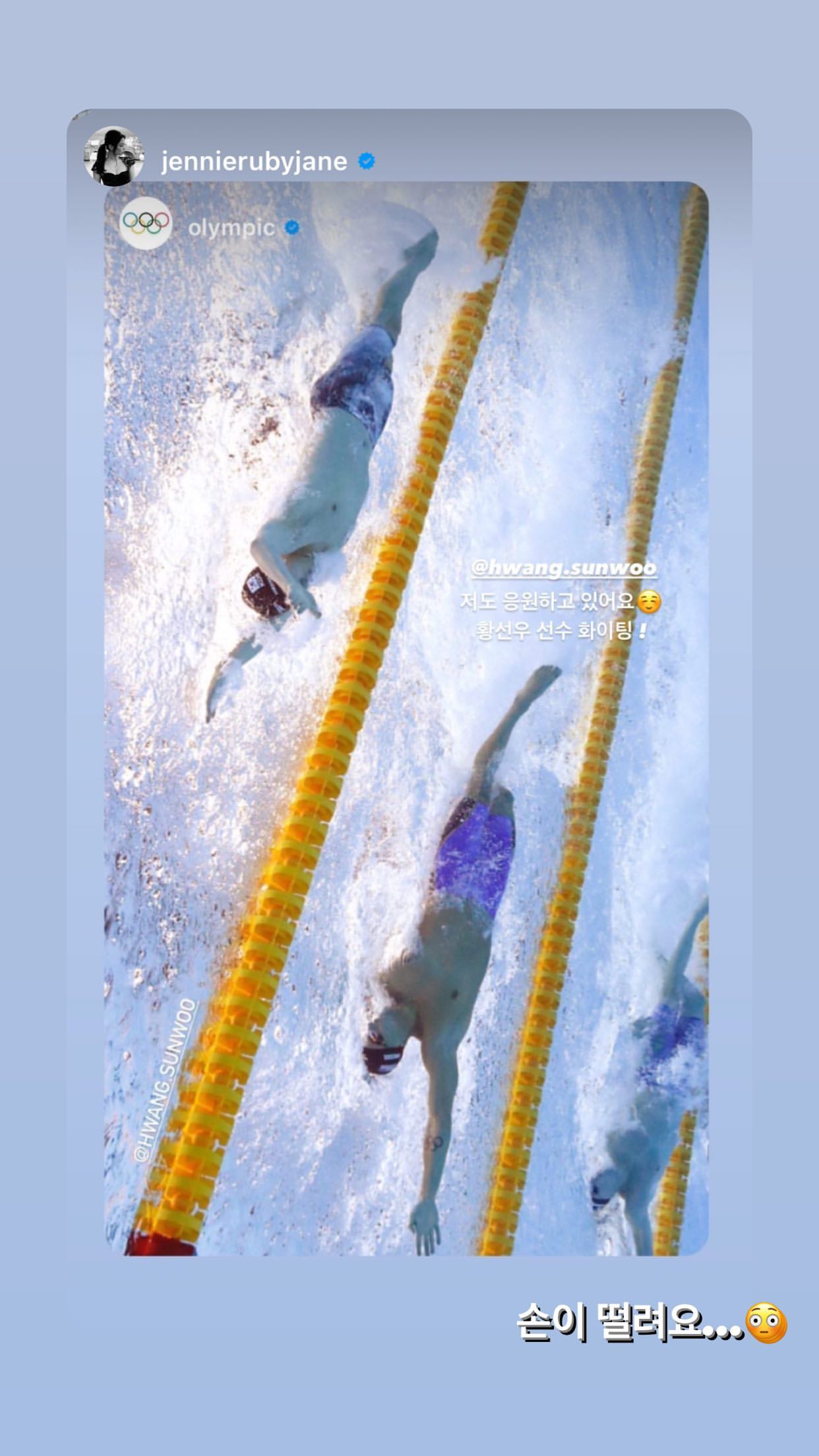 Congratulations to Hwang Sun Woo on becoming a “successful” fan!

BLACKPINK
Jennie
Yeji
ITZY
How does this article make you feel?