Watch: Jung Hae In Sets Out On Wild Adventure In Exciting Trailer And Posters For “D.P.”

Based on a popular webtoon by Kim Bo Tong, “D.P.” (which stands for Deserter Pursuit) is a new Netflix series about a special military squad sent to chase down deserters.

Jung Hae In will star in the drama as Ahn Jun Ho, a new recruit who is scouted to become part of the D.P. squad before he’s even adapted to military life. One of the posters captures Ahn Jun Ho just after he’s joined the military, looking back at the camera as his fellow soldiers face forward in salute.

Another poster shows Ahn Jun Ho and D.P. team leader Han Ho Yeol (played by Goo Kyo Hwan) in the midst of a thrilling chase. Meanwhile, the poster’s caption reads, “I am a soldier who catches soldiers.”

The newly released trailer for the drama begins with Ahn Jun Ho struggling to adjust to life in the military before Sergeant Park Bum Goo (played by Kim Sung Kyun) offers him a post in the D.P. squad. Together with Han Ho Yeol, he then takes off an eventful trip across the country to hunt down deserters.

The clip ends by piquing viewers’ curiosity as a caught soldier asks Ahn Jun Ho, “Why are you working so hard to catch [deserters]?”

“D.P.” will be released on August 27. In the meantime, check out the new trailer and posters for the drama below! 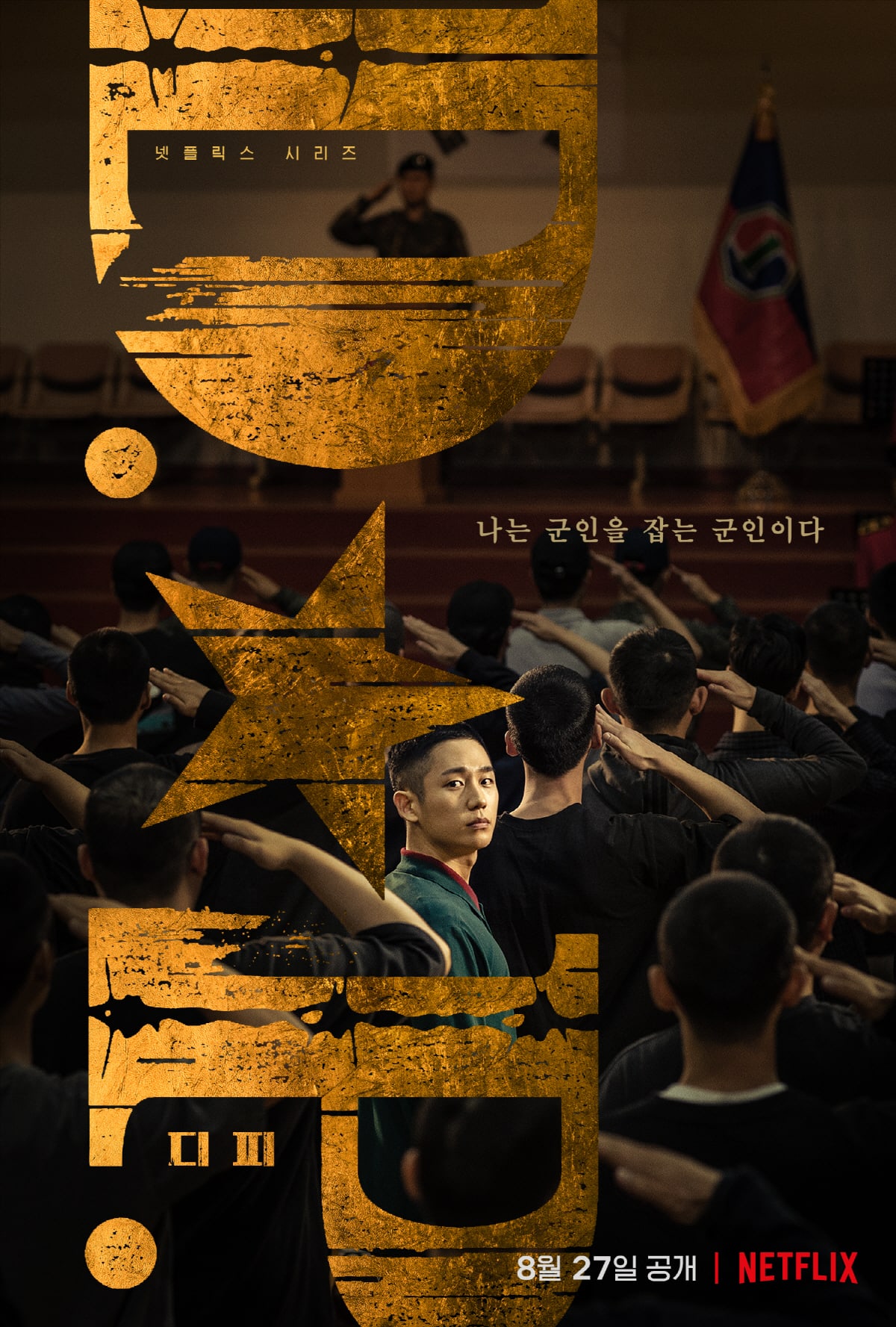 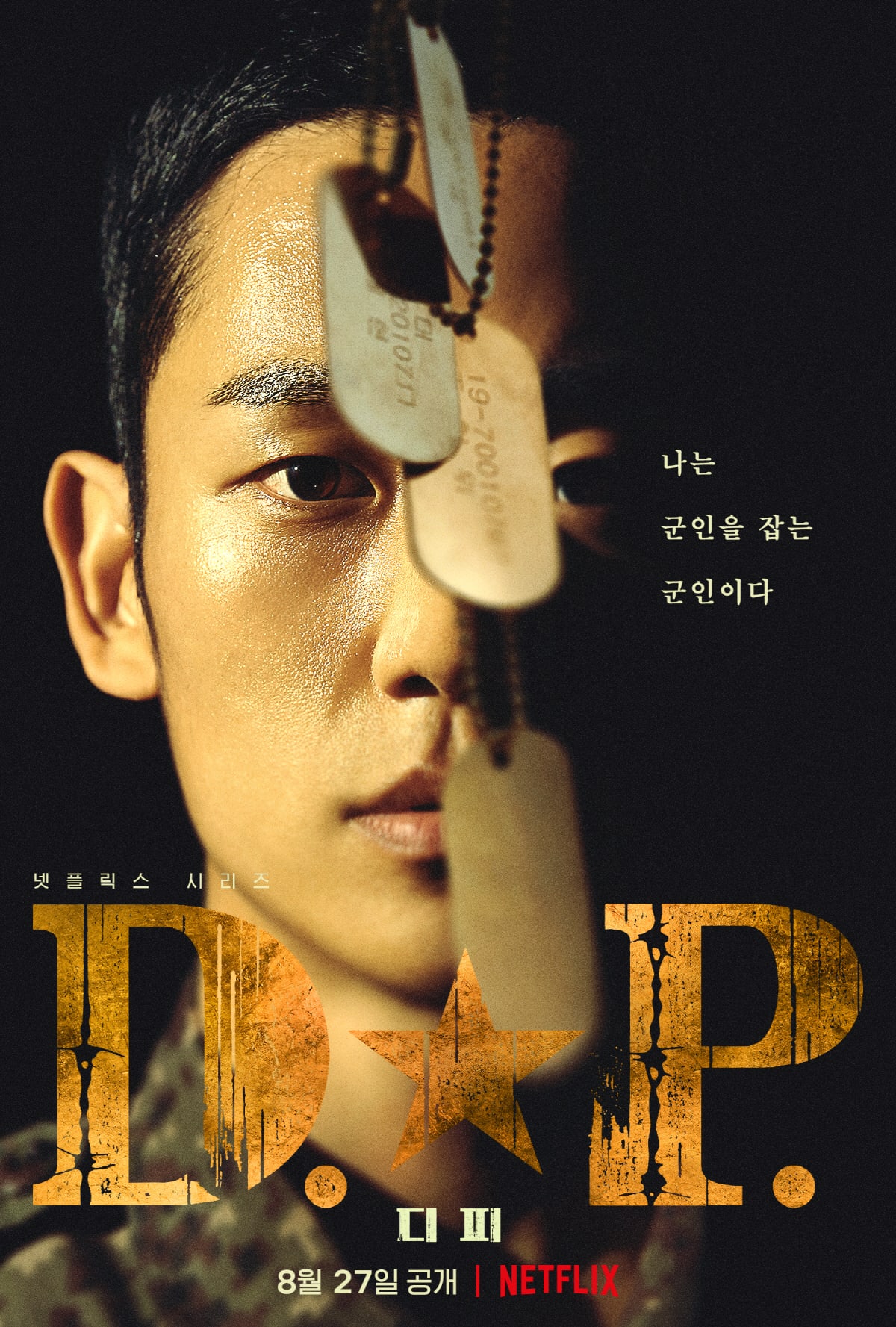 While you wait for “D.P.,” watch Jung Hae In in his previous drama “A Piece of Your Mind” here: