“Police University” is a new drama about the chaotic investigation that ensues when a professor at an elite police university teams up with his students – one of whom is a genius former hacker. B1A4‘s Jinyoung and Krystal will star as university students Kang Sun Ho and Oh Kang Hee, while Cha Tae Hyun will star as passionate detective and professor Yoo Dong Man.

Krystal’s character Oh Kang Hee is a new student at the police college who has a powerful sense of justice. She is a straightforward character who runs full-tilt to achieve her goal of becoming strong without even taking time to reflect on her inner pain. After she enrolls in the police college, she undergoes personal growth through meeting, competing with, and befriending Kang Sun Ho and the other students.

The newly released stills show Oh Kang Hee sporting different looks. In one photo, she exudes youthful vibes in a school uniform. In another photo, she boasts a more mature atmosphere in her brown blazer, and in the last photo, she looks bold and charismatic in her police uniform. Fans can look forward to how Krystal, who has perfectly synchronized with her character, will portray the dazzling growth story of Oh Kang Hee. 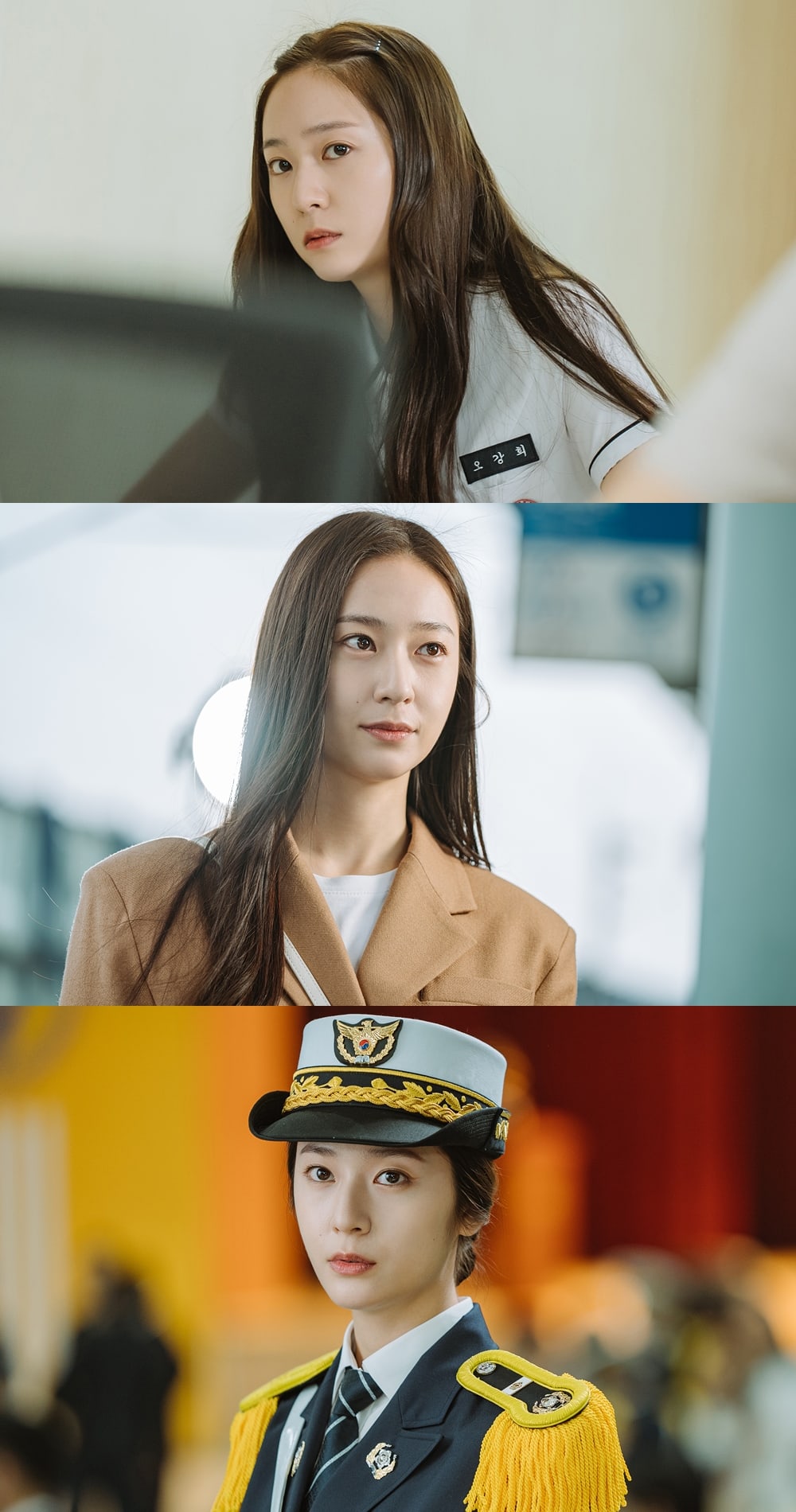 The production team commented, “We hope the campus life portray by Krystal, who has a sparkling charm like cider, will bring laughter and empathy. Please look forward to ‘Police University’ that will show love, friendship, warm joy and sorrow.”

f(x)
Krystal
Police University
How does this article make you feel?