Ji Sung and GOT7’s Jinyoung will finally be joining hands to fight evil in “The Devil Judge”!

Previously, Kim Ga On (Jinyoung) was forced to choose between Kang Yo Han or Min Jung Ho (Ahn Nae Sang). After much thinking, Kim Ga On decided to stand with Kang Yo Han. To Min Jung Ho who blamed everything on Kang Yo Han, Kim Ga On said, “If there is no justice in reality and there is only a game… then I want to play a winning game too.”

The new stills preview Kang Yo Han and Kim Ga On meeting a man in a creepy and secretive place. It seems like they’re in the middle of an interrogation, but the location isn’t anywhere near a general interrogation room, which makes viewers wonder what they’re up to. 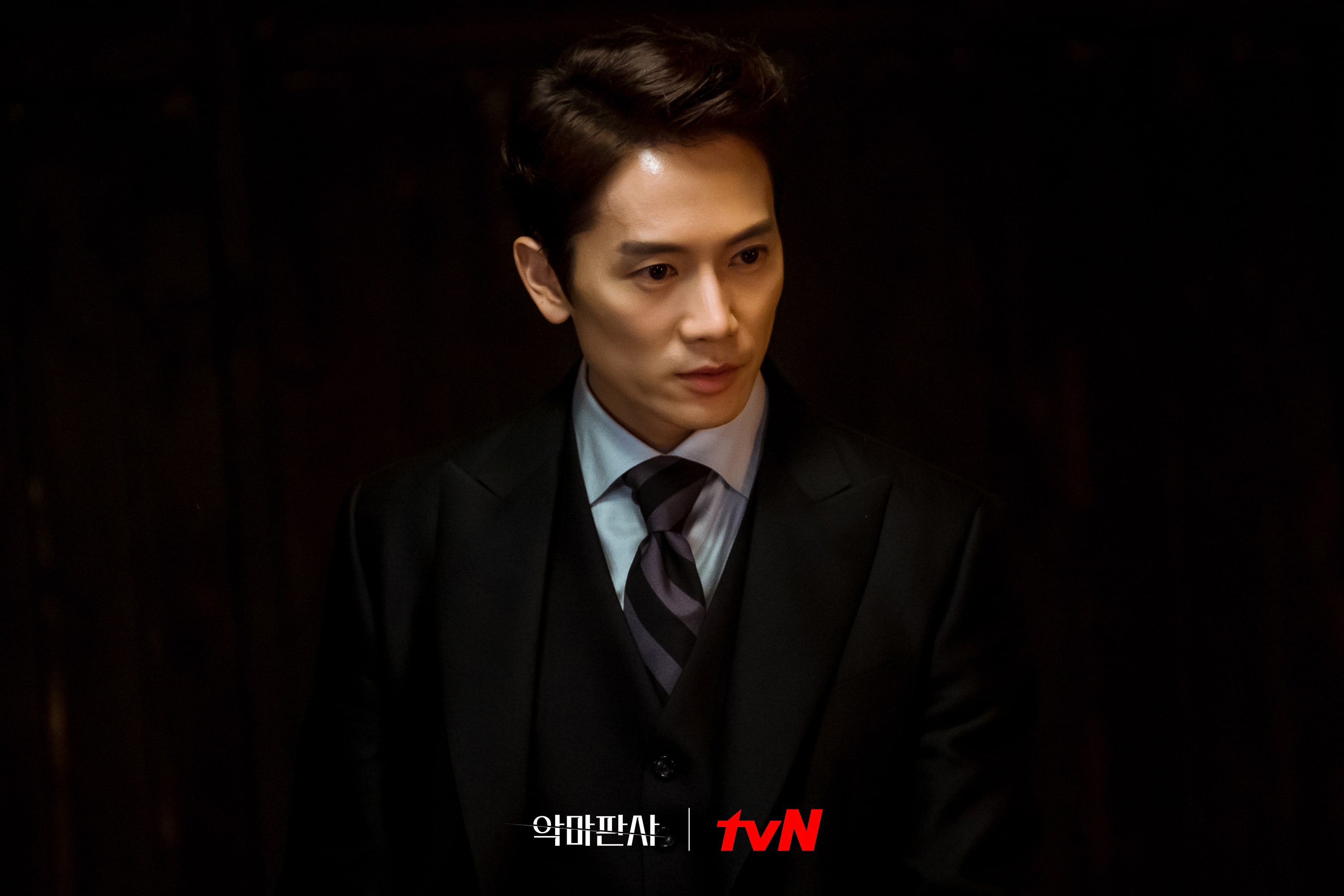 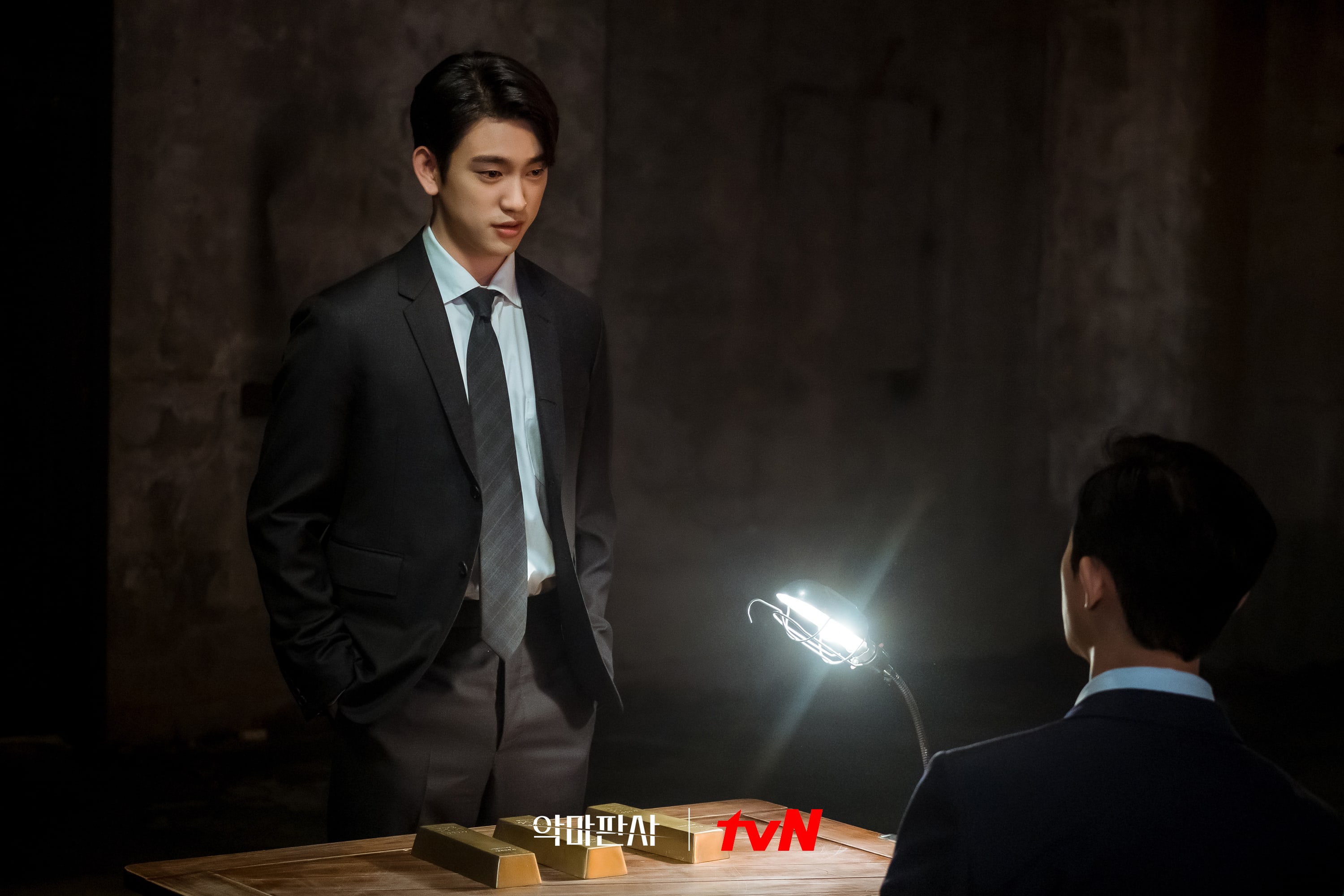 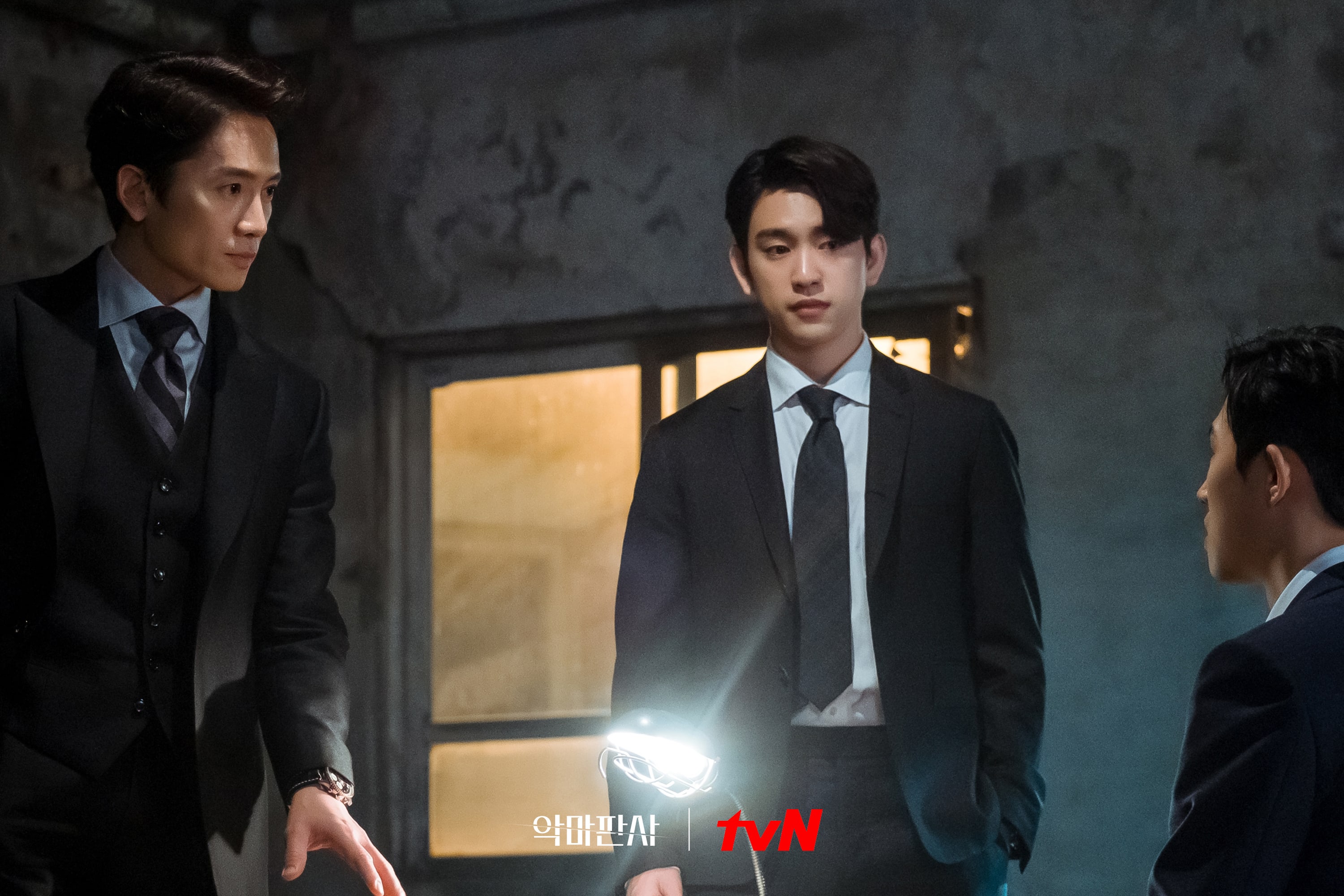 It will be intriguing to see Kang Yo Han and Kim Ga On’s synergy as Jung Sun Ah (Kim Min Jung) rises to power. What kind of tricks does Kang Yo Han have up his sleeve, and how will they work together to bring down the Social Responsibility Foundation? All eyes are on the two men’s next target, and their refreshing teamwork will provide a thrilling catharsis.