“The Great Shaman Ga Doo Shim” stars Kim Sae Ron in the titular role as Ga Doo Shim, an 18-year-old who wants to be an ordinary teenager but was born under the fate of becoming a great shaman. Nam Da Reum co-stars as Na Woo Soo, the school’s “golden boy” who begins to see ghosts after meeting Ga Doo Shim.

In the new stills, Ga Doo Shim charges for the exit with one strap of her backpack on her shoulder. There is a band-aid on her cheek, and her expression is shadowed with pain. In the photo that follows, Na Woo Soo goes after Ga Doo Shim and embraces her as she’s about to leave the classroom. Na Woo Soo isn’t the type to easily show his emotions, so curiosity is mounting over why he suddenly hugged her in front of his classmates. 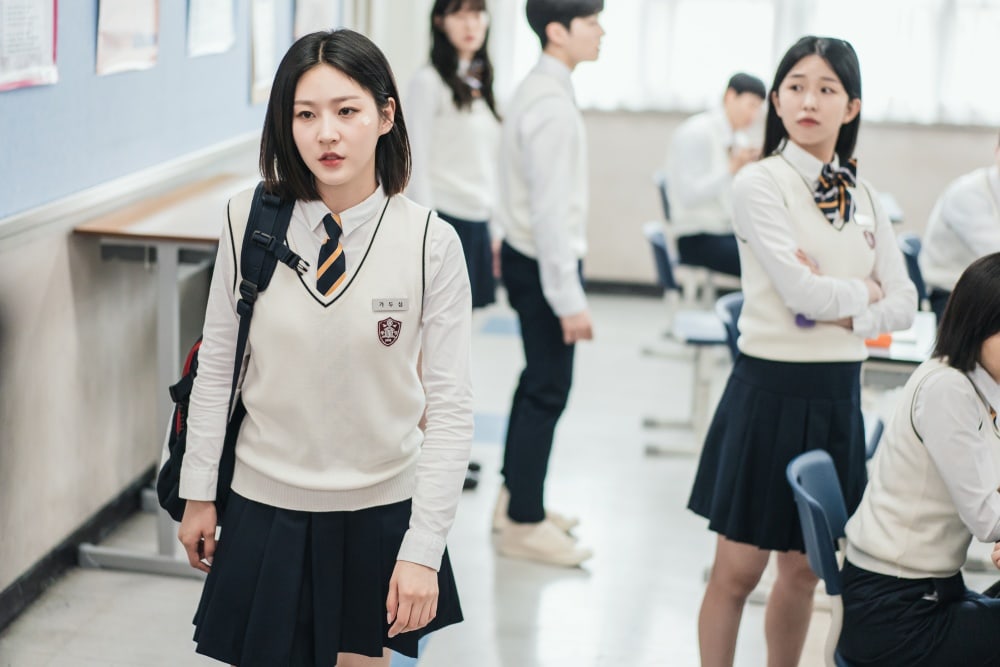 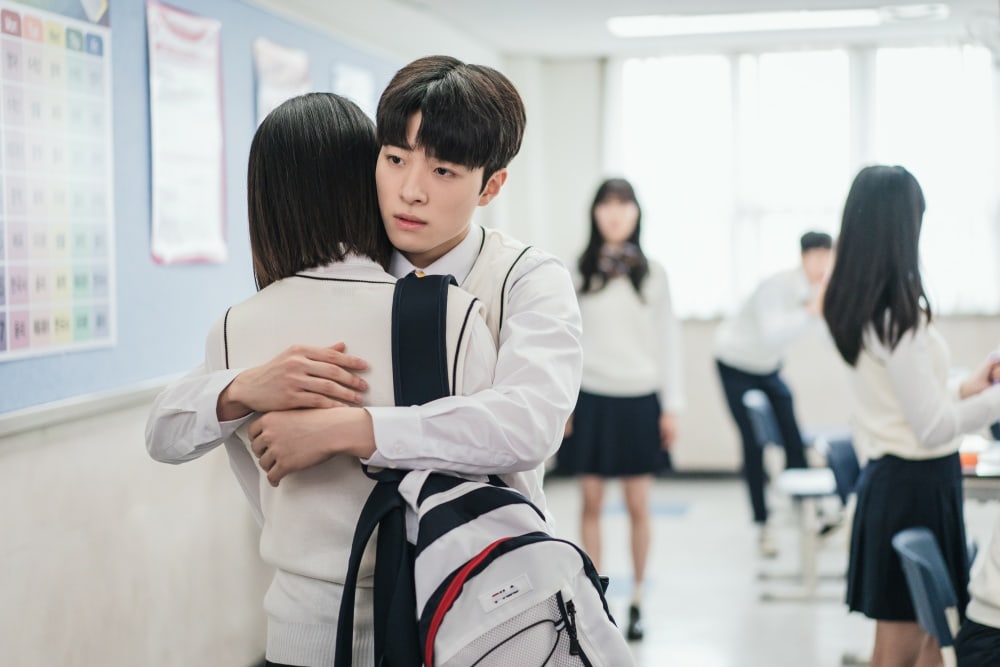 Ga Doo Shim is shocked by Na Woo Soo’s sudden gesture, and she stares at him in confusion. However, there is a subtle connection between them, and fans can look forward to how their relationship will progress after this moment. 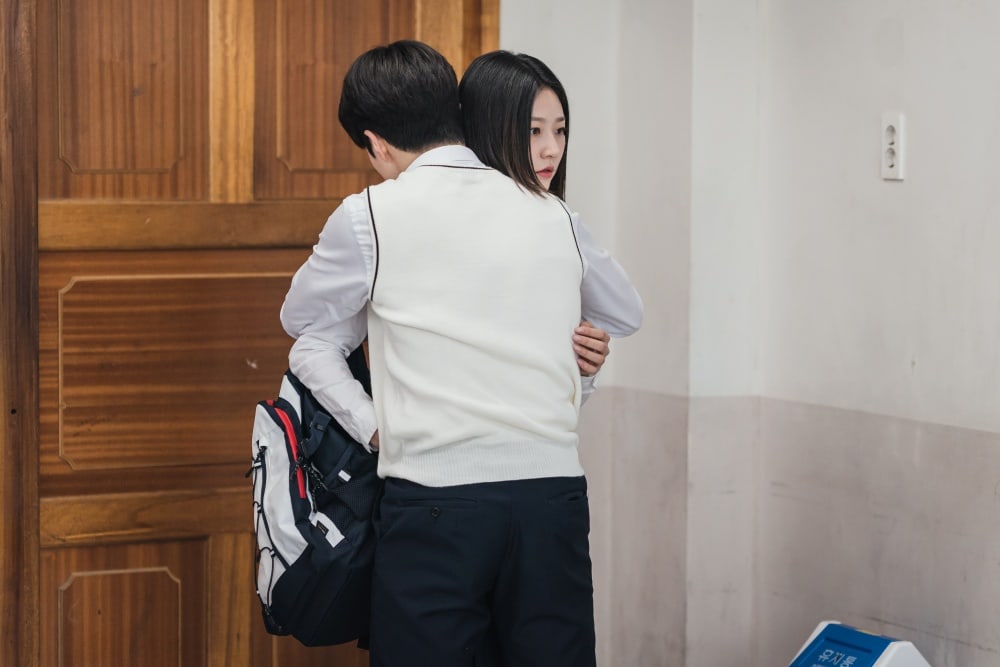 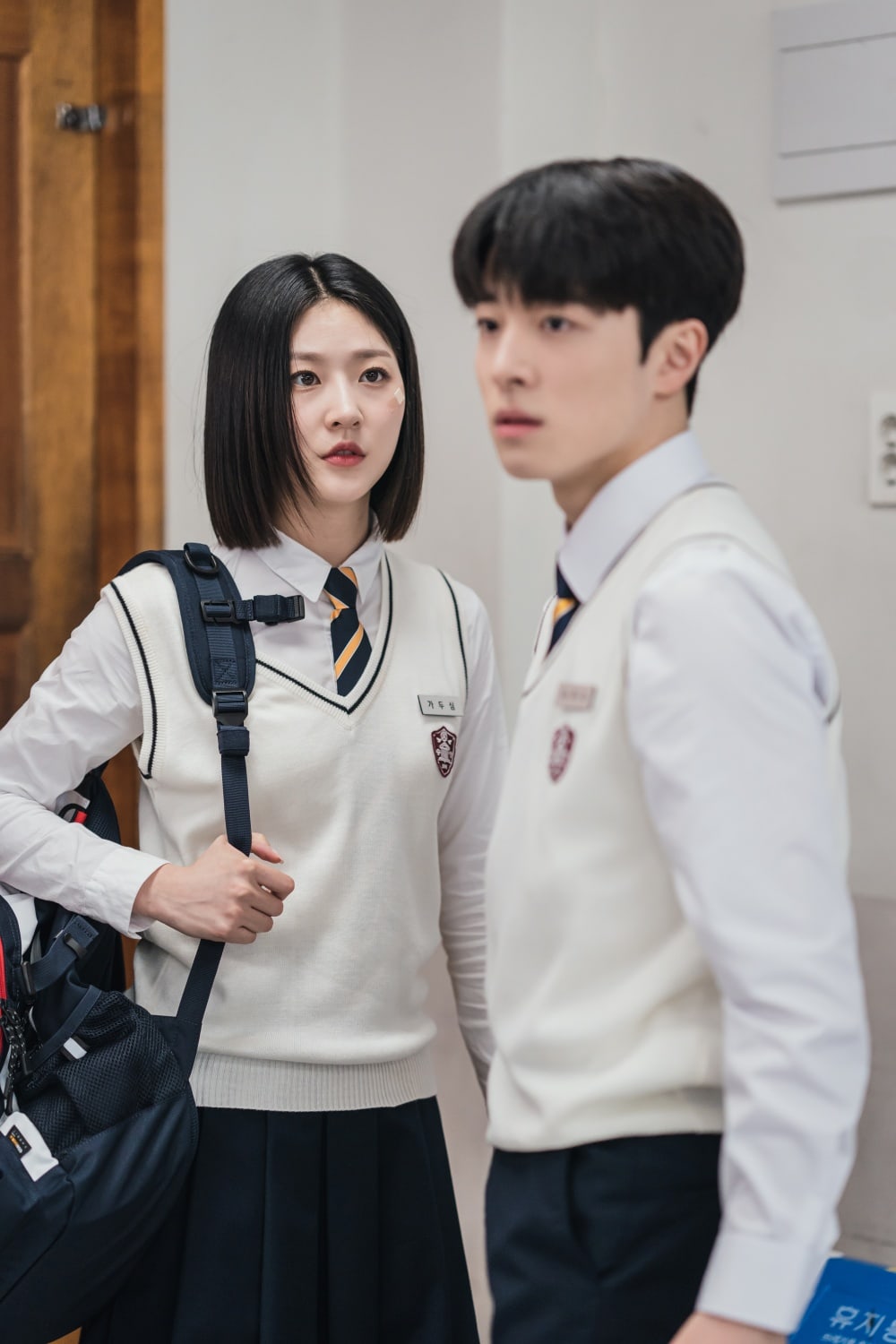 The production team shared, “The hug scene is a decisive one where the exorcism duo will become close. Even the staff members expressed excitement at the film set because of Ga Doo Shim and Na Woo Soo’s extraordinary chemistry. Please tune into the episode that will be released on July 30 to see why Na Woo Soo suddenly hugged Ga Doo Shim.” Then they added that fans can look forward to the thrilling story of the fantasy mystery genre as well as Kim Sae Ron and Nam Da Reum’s refreshing chemistry that will make them smile.

“The Great Shaman Ga Doo Shim” will have 12 episodes total, each 20 minutes long. The first will premiere on July 30 at 8 p.m. KST and will be available on Viki.