JTBC’s “Nevertheless” has shared a sneak peek of the romantic tension in its upcoming episode!

On the previous episode of “Nevertheless,” Park Jae Uhn (played by Song Kang) struggled with his empty feelings after Yoo Na Bi (played by Han So Hee) abruptly walked out of his life. The episode ended with Park Jae Uhn arriving unannounced at Yoo Na Bi’s hometown and awkwardly introducing himself to Yang Do Hyuk (Chae Jong Hyeop), his new rival for her affections.

In newly released stills from the drama’s next episode, Park Jae Uhn doesn’t bother to hide the fact that he’s attempting to win back Yoo Na Bi’s heart. While sharing a tense ferris wheel ride together, Park Jae Uhn gets on his knees in order to look directly into Yoo Na Bi’s eyes. 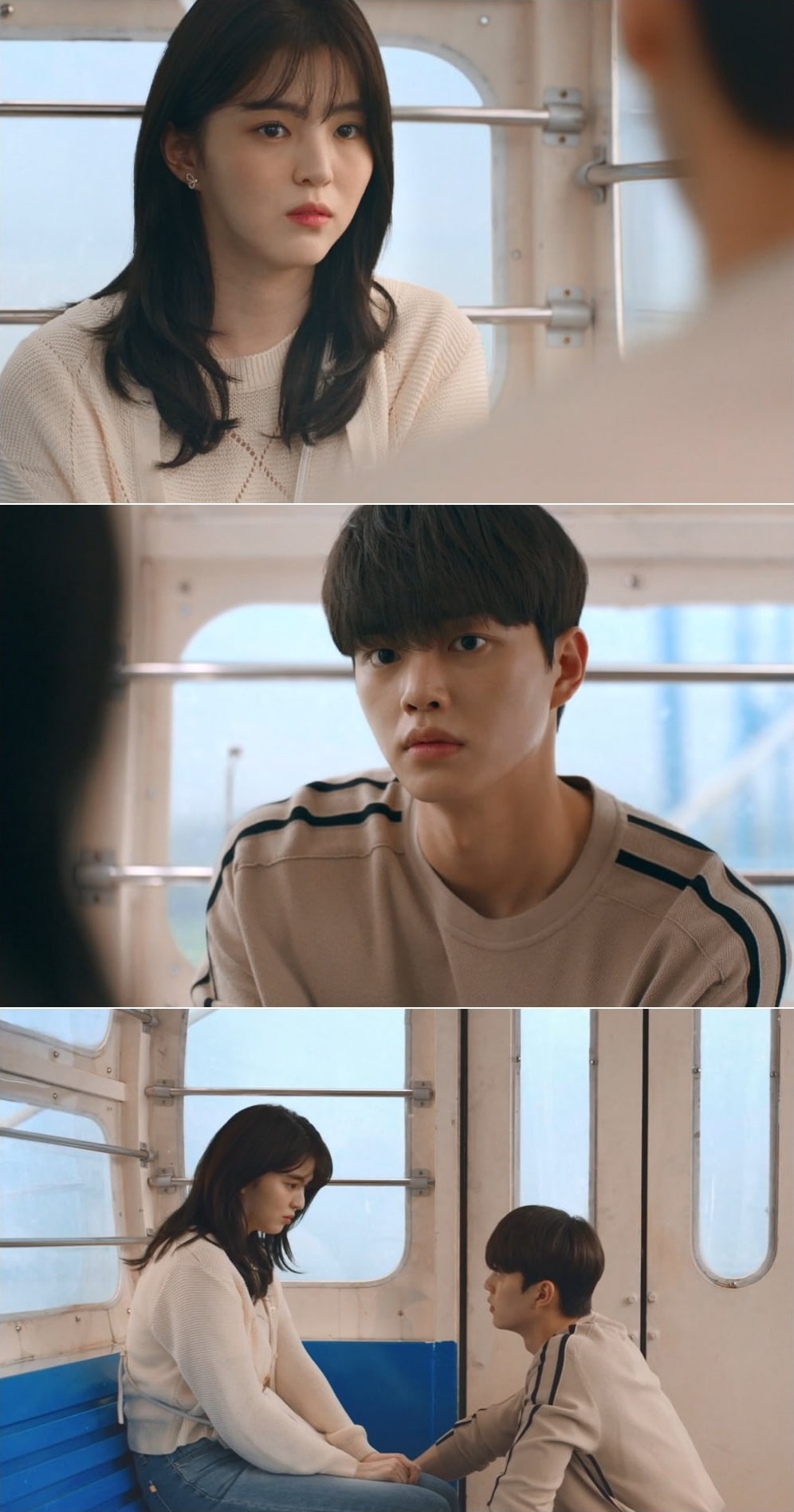 As Yoo Na Bi is currently under the mistaken impression that Park Jae Uhn is back together with his ex Yoon Seol Ah (Lee Yul Eum), it remains to be seen whether he will succeed in resolving the misunderstanding and turning Yoo Na Bi’s feelings back around.

The producers of “Nevertheless” teased, “After only the two of them are left alone, Park Jae Uhn and Yoo Na Bi finally reveal their hidden feelings that they haven’t been able to express. Please stay tuned to find out what kind of changes will be brought about by the two young characters’ intensely wavering emotions.”