tvN’s “The Devil Judge” has revealed preview stills of GOT7’s Jinyoung looking unlike his usual self.

Kim Ga On (Jinyoung) is involved in a hand-to-hand fight with an unidentified man, and he aggressively pins the man down on the table. Kim Ga On had always been faithful to his principle that a judge is most powerful when they follow the law, but his conviction was shattered by the reality shown to him by Kang Yo Han.

Kim Ga On has decided to be part of the “winning game” rather than pursuing the world he used to believe in. His change of heart is reflected in his disheveled appearance and icy gaze that is reminiscent of his past self and a stark contrast from his neat, upright appearance in the courtroom. 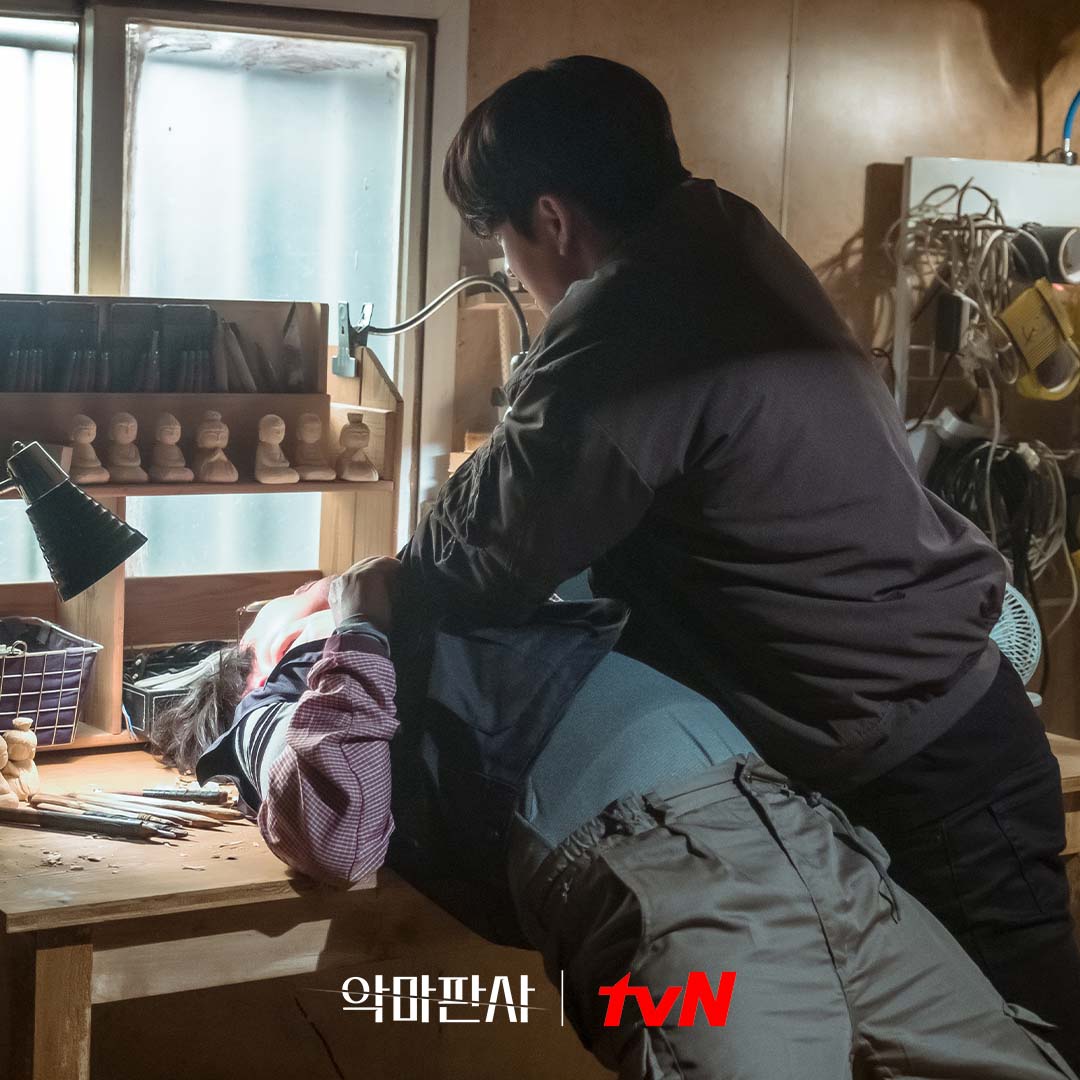 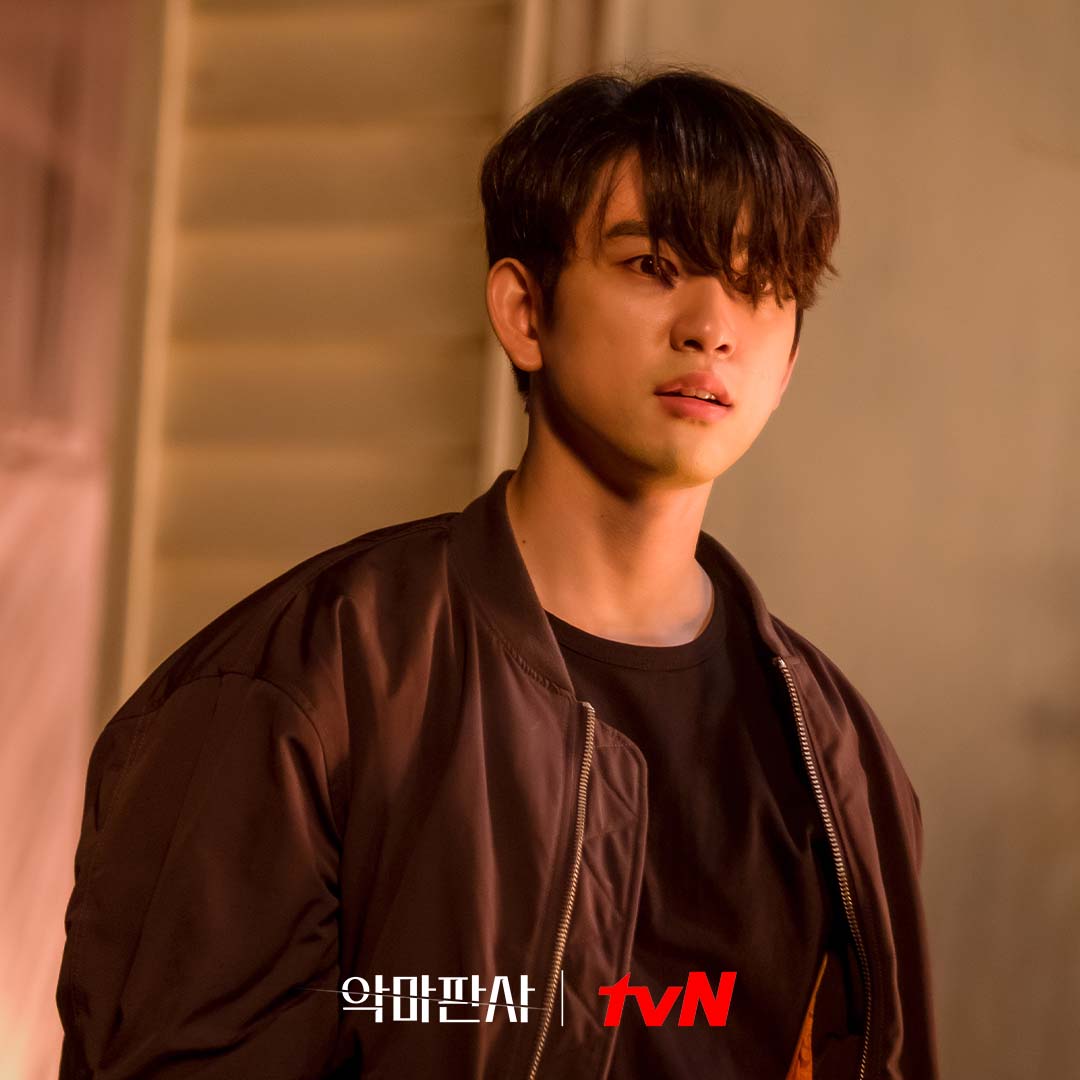 The stills raise the question of who the unidentified man could be. With Kim Ga On joining Kang Yo Han’s side, it was hinted at that they would officially begin their plan to go against the cartel of power. Could this man have something to do with that plan?

Meanwhile, Kang Yo Han holds up a lighter with his lips curled up in a relaxed smile. Viewers should not be fooled by his smile, as Kang Yo Han is a man who always carries out dangerous deeds without even the slightest change of expression. 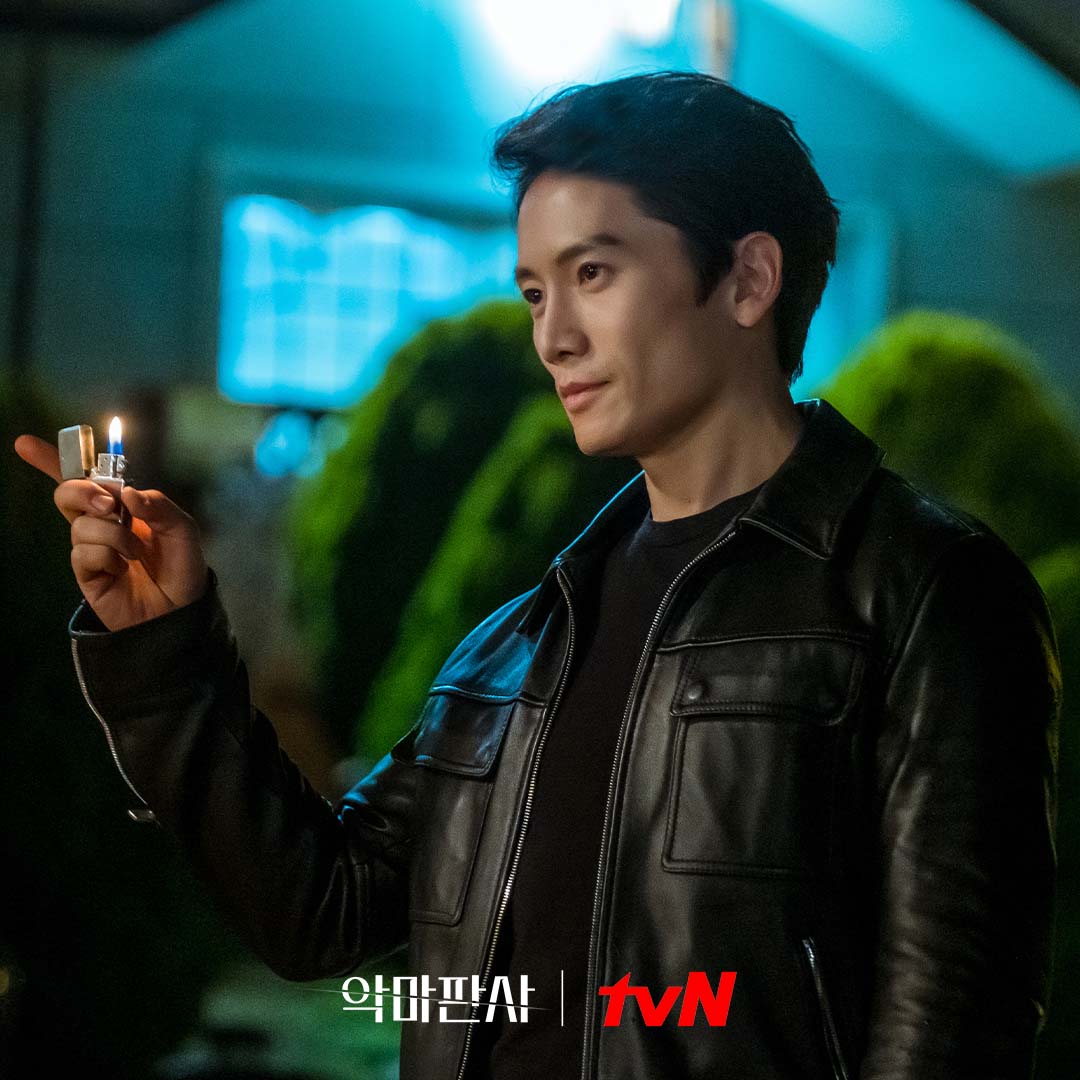 Now that Kang Yo Han and Kim Ga On have made it known that they are on the same side, they will begin their plan to unveil the corruption and truth behind the social responsibility organization. Curiosity is mounting over how the two judges will make the greedy cartel pay for their evil deeds.