The artist recreated Suzy‘s famous cover photos from a 2015 issue and showed off her grace and elegance in hanbok, Korea’s traditional attire. For her reinterpretation, Arin prepared by dyeing her hair darker to better fit the concept.

Arin has previously named Suzy as her role model and shared in an interview that followed the pictorial, “This was a shoot that I’ve been waiting for. I’ve always thought that her photos were very pretty, and it’s great that I get to reinterpret them. There’s a bit of pressure because Suzy is so beautiful, but I think I’ve expressed myself well in a different style.” 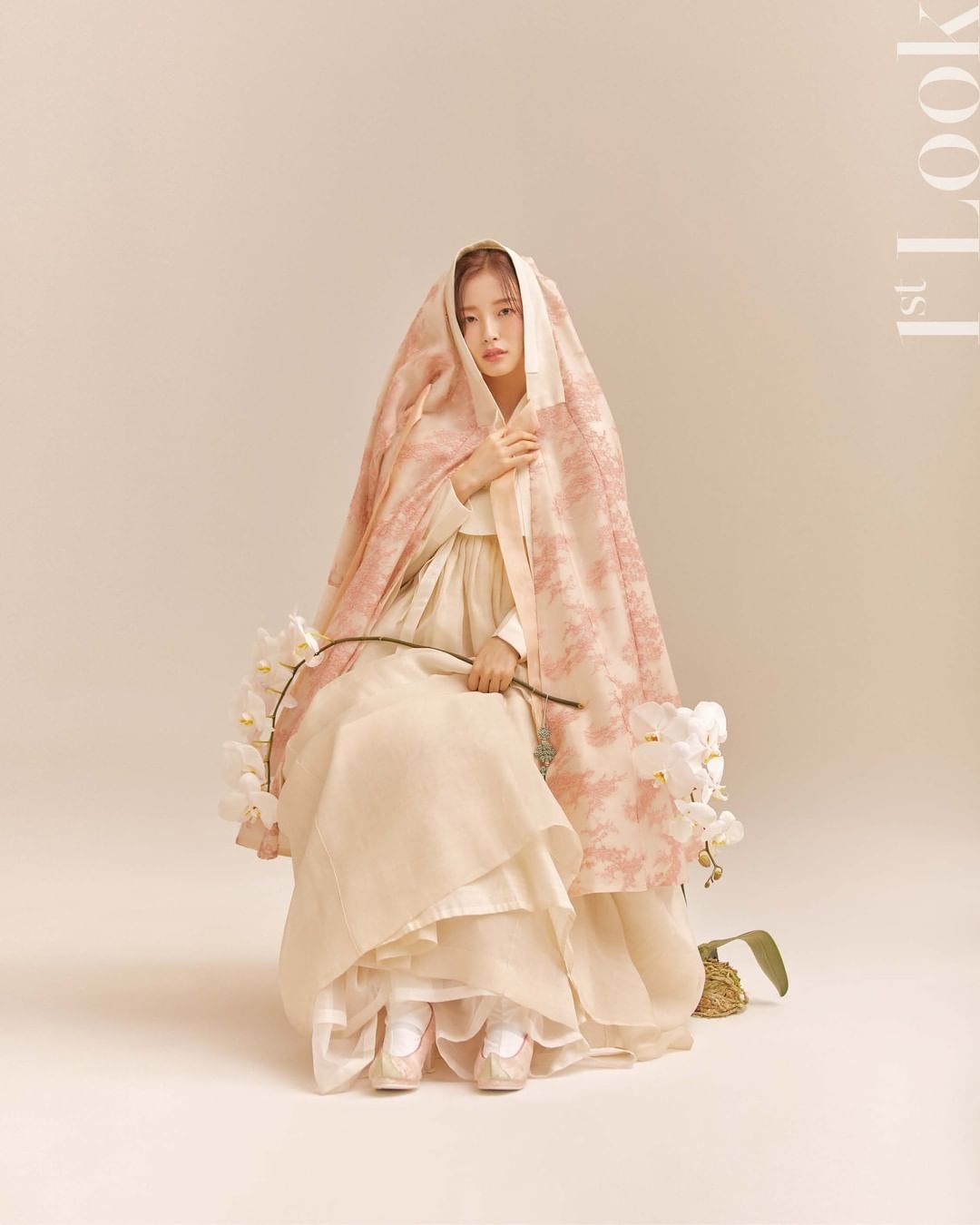 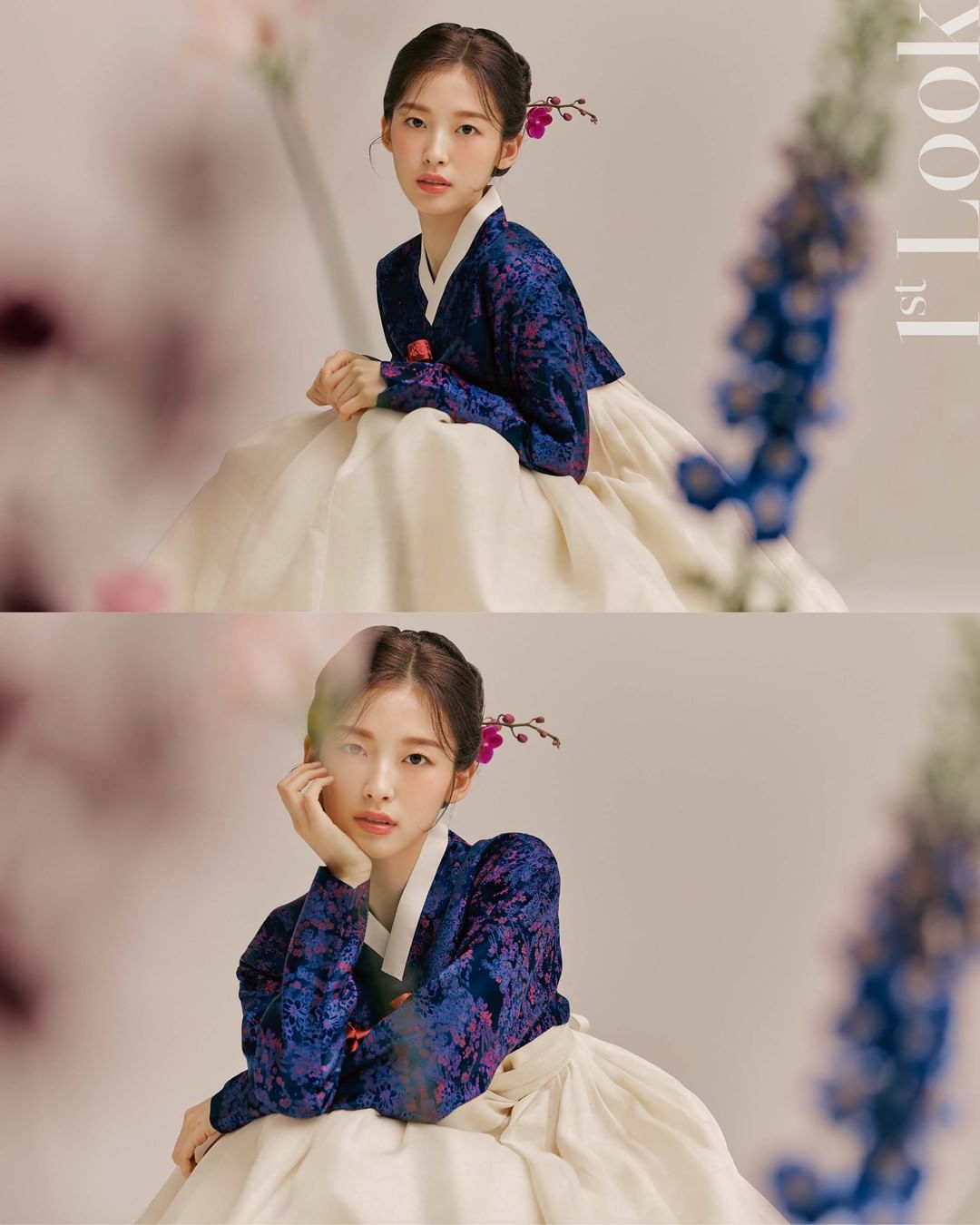 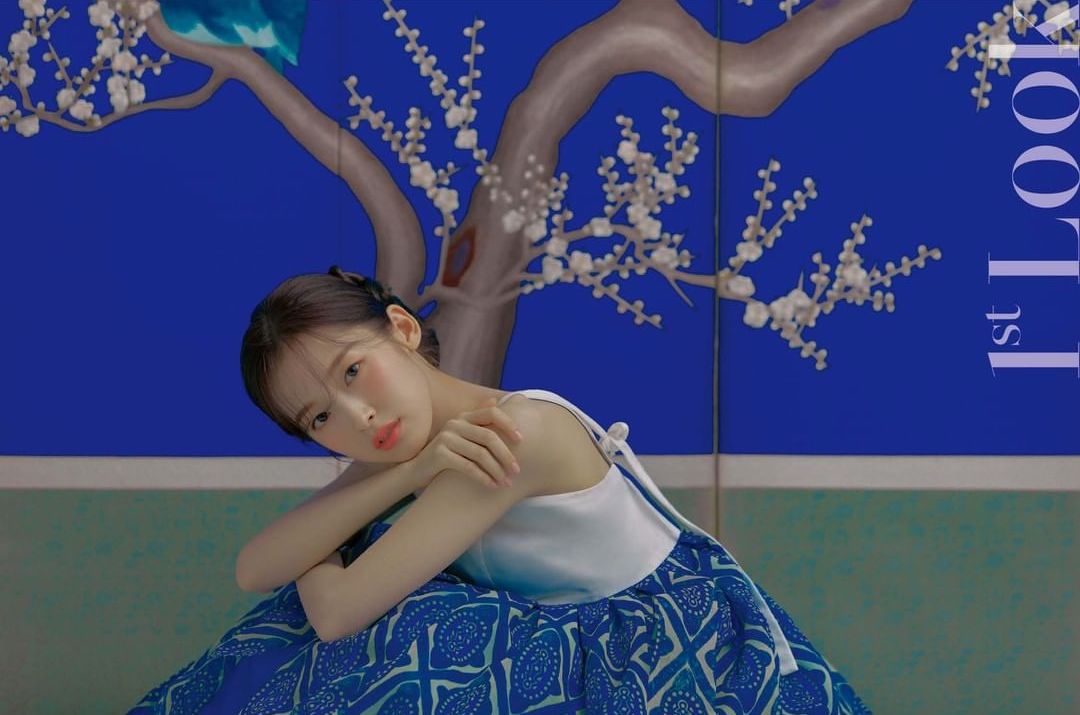 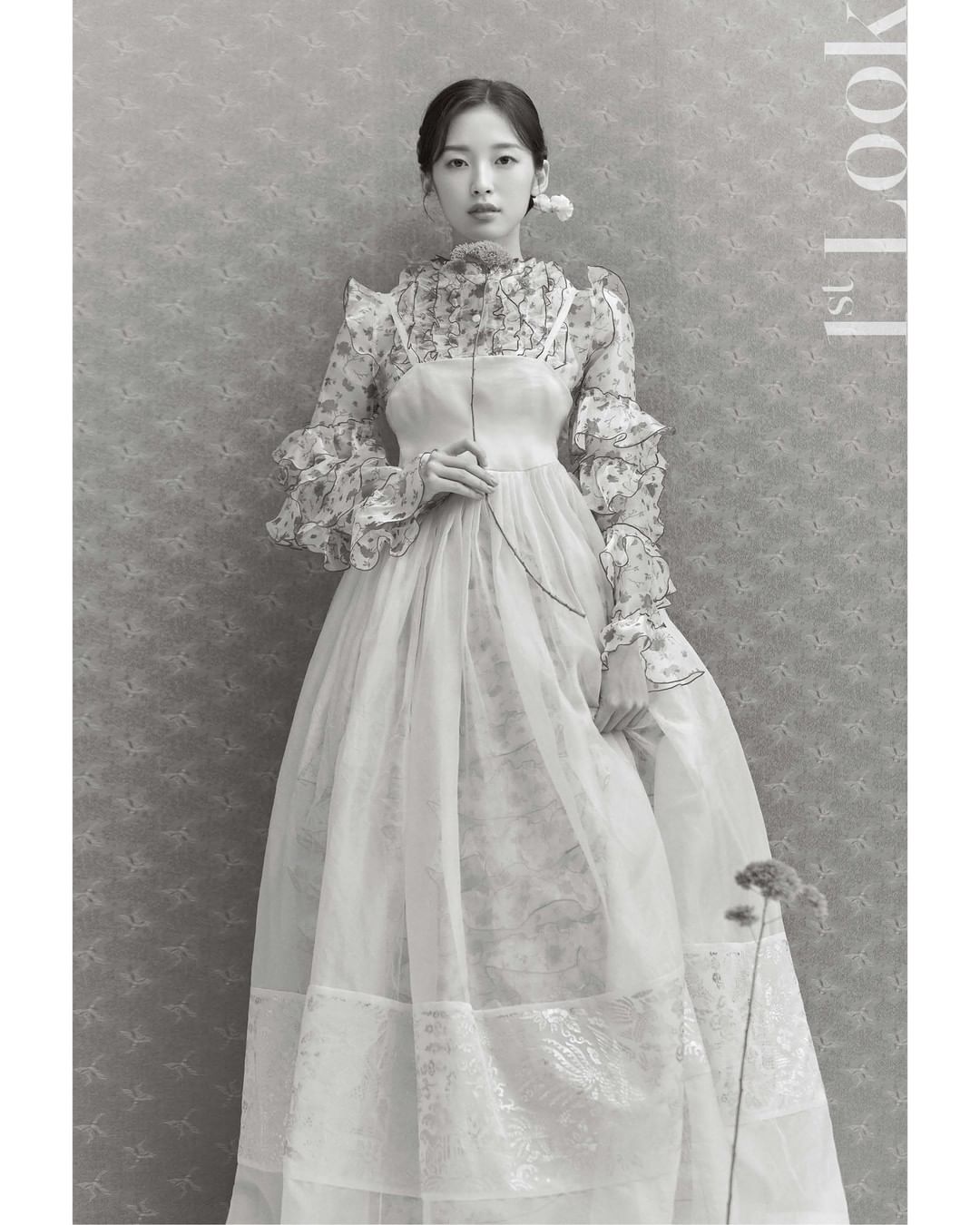 She further explained, “Before the date for the photo shoot was settled, I kept looking into her photos. I also experimented with different poses that would be appropriate for wearing hanbok. I also thought that the look would stand out if my skin was clear and pure, so for a few days I put a lot of effort into skin care. To be honest, there were a lot of opportunities to cave into temptation because my members and I had more chances to eat delicious food after our official promotions ended. But I pushed through while thinking about this photo shoot and I want to compliment myself for not giving in to ddukbokki [spicy rice cakes].” 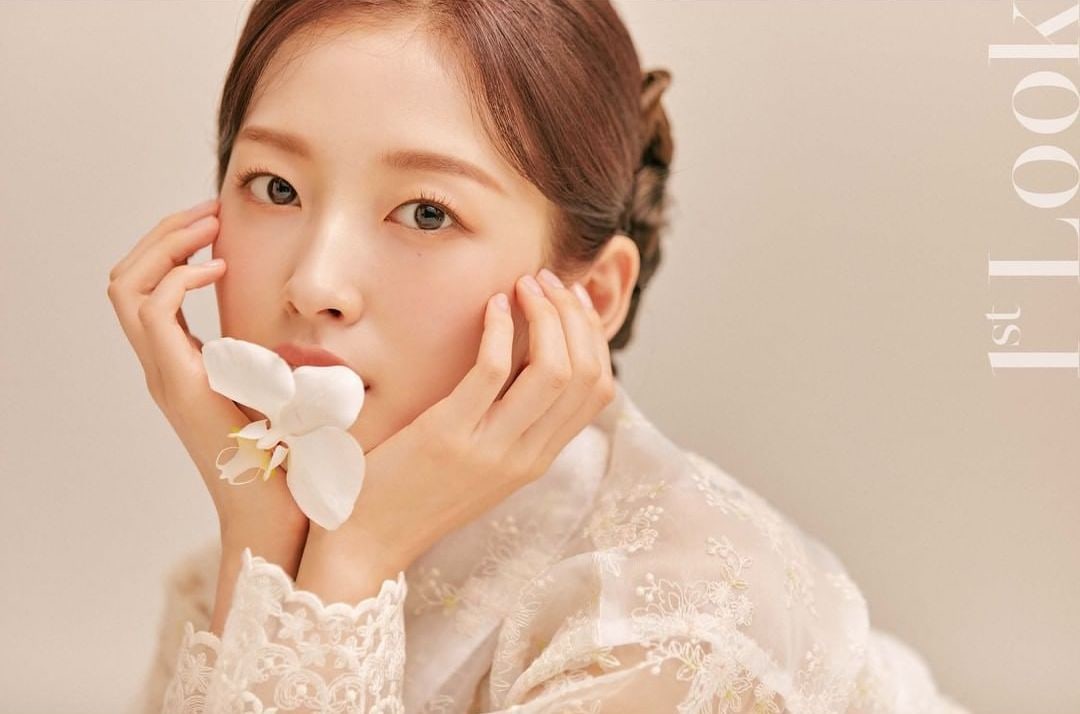 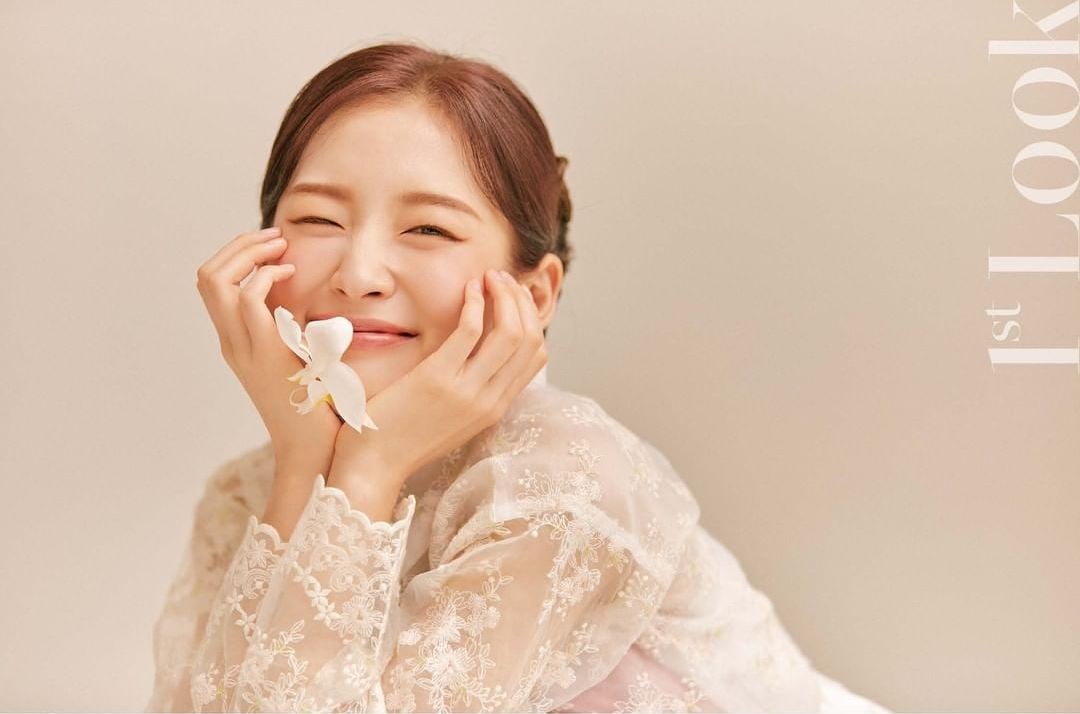 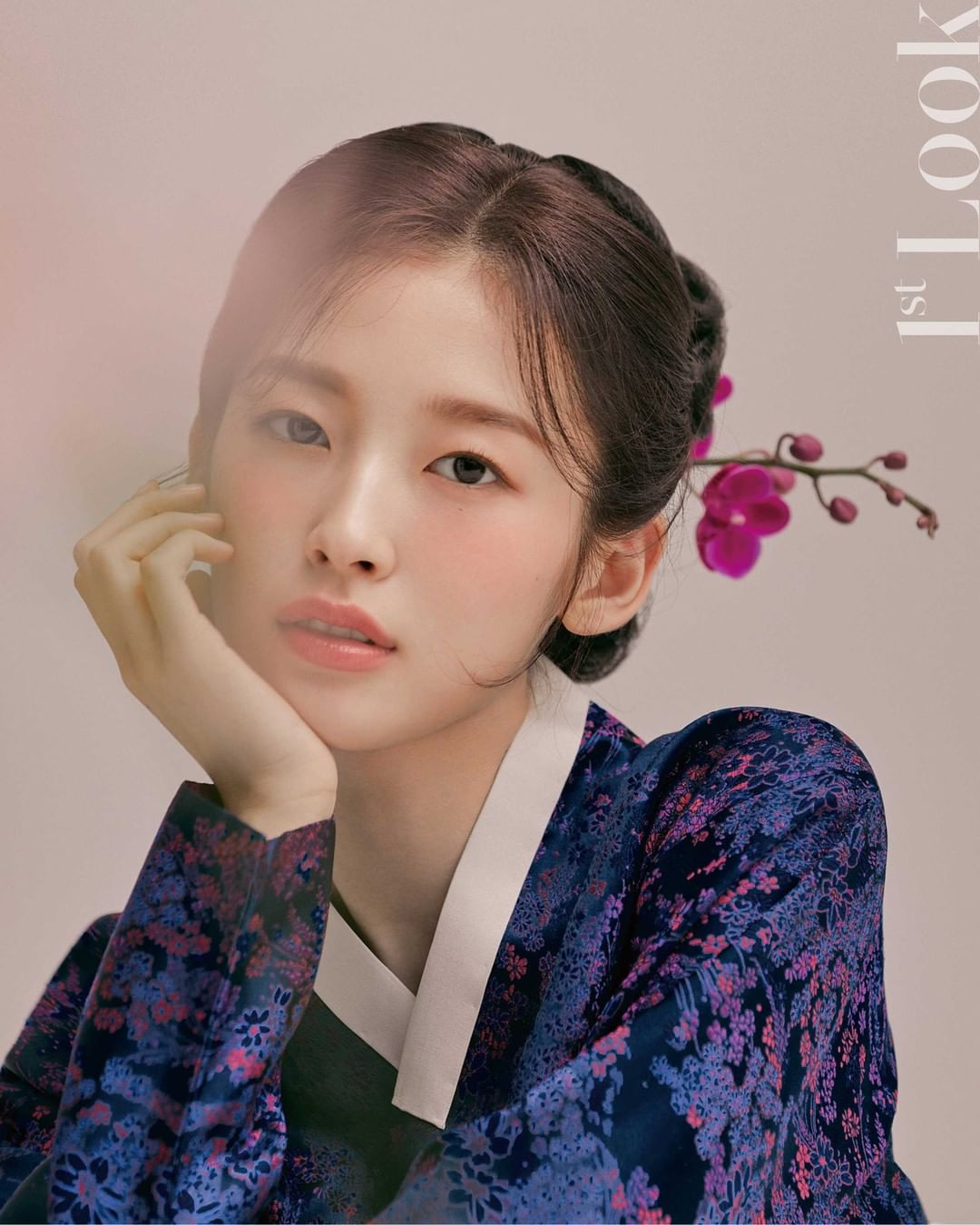 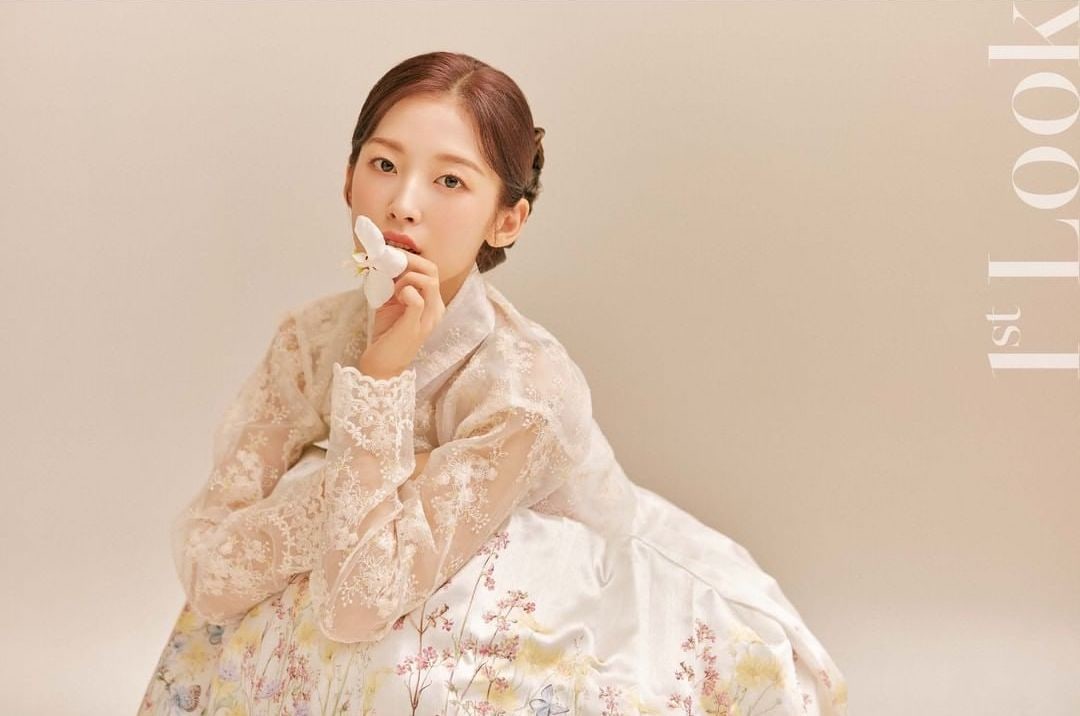 When asked what she would like to tell herself from ten years before, she answered, “I would say, ‘Keep working hard and don’t lose faith, just as you are doing now.’ I would also tell her to ‘Take care of your health as young as possible.’ I feel like I would have been able to grow a bit more if I started taking care of my health and eating well earlier.”

Wrapping up the interview, Arin said that the thing that gives her strength these days is “the fact that I have people on my side. The thing I want to hear and love to hear most is, ‘I’m always on your side.’ My fans tell me that when I’m a bit tired or struggling. Their support is so heart-warming and special.”

Oh My Girl
Arin
1st Look Magazine
How does this article make you feel?