“Love (ft. Marriage and Divorce) 2” is the second season of the drama about three women in their 30s, 40s, and 50s who experience shakeups in their marriages when they discover their husbands are having affairs. The drama currently holds the record for the highest ratings among TV Chosun dramas.

New stills capture a tension-filled scene between Shin Yoo Shin, Ah Mi, Song Ji In, and Sa Pi Young. This moment marks the first time that Shin Yoo Shin and Sa Pi Young have seen each other with different partners. When Shin Yoo Shin notices his ex-wife, he attempts to wriggle out from Ah Mi’s arm as she smiles obliviously. After Ah Mi catches on to the situation, she appears surprised. 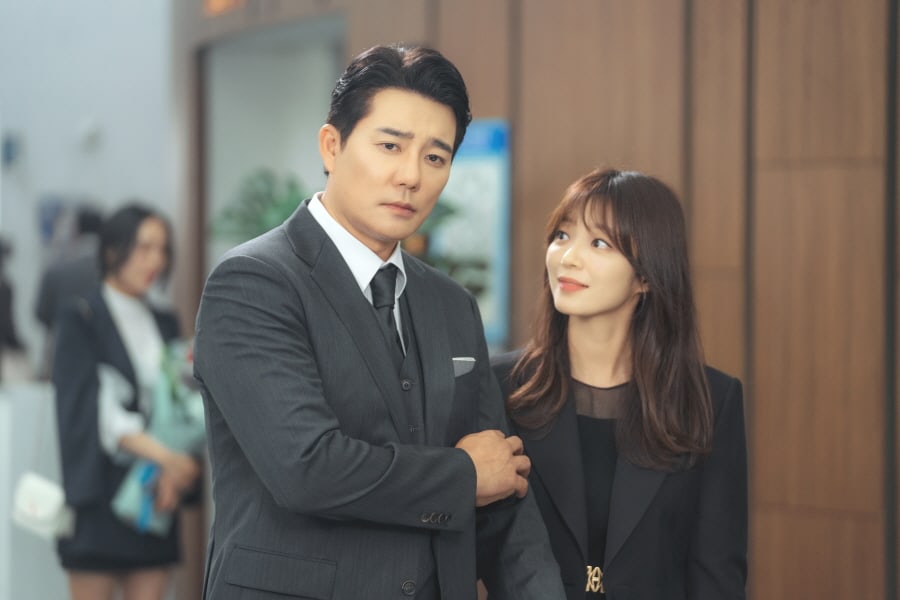 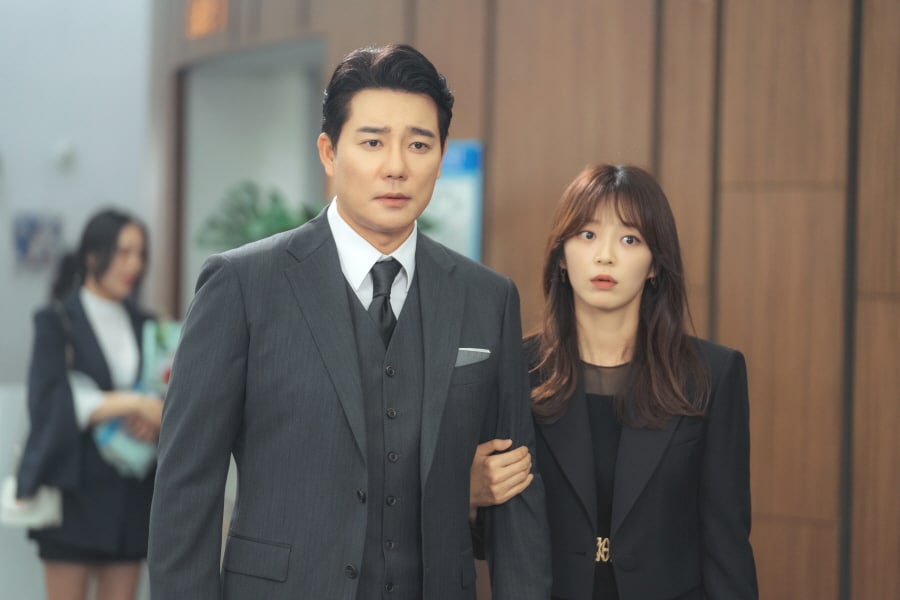 On the other hand, Sa Pi Young shoots Shin Yoo Shin a chilled look when she catches sight of him. Sitting next to her, Seo Ban retains his characteristically placid demeanor. It remains to be seen what the meeting will lead to and why Sa Pi Young and Seo Ban appear so serious. 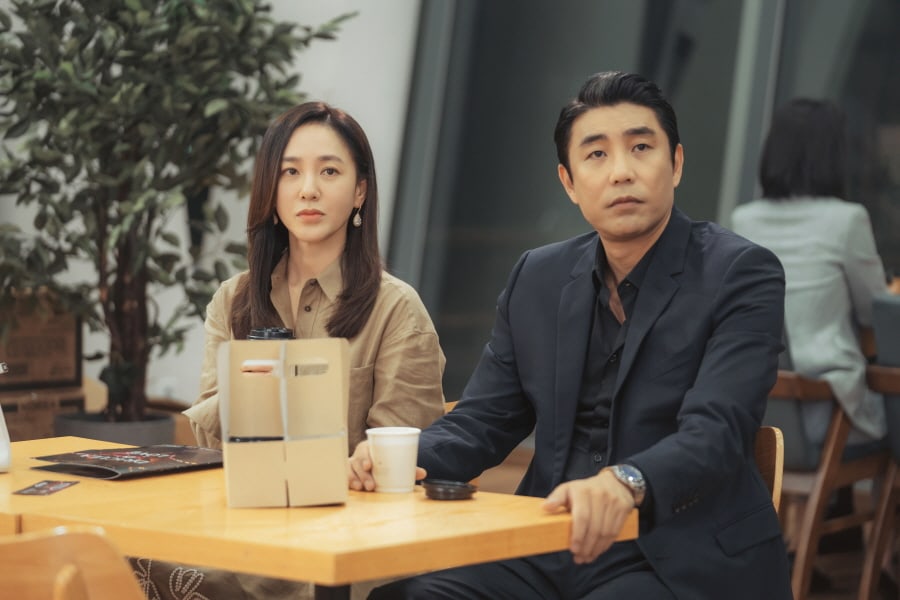 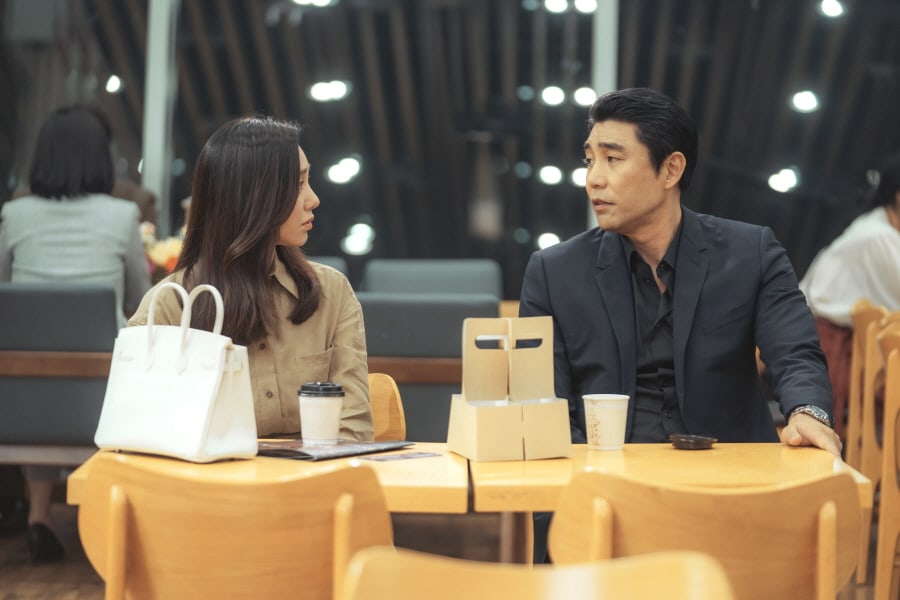 While filming the scene in the beginning of July, all four actors were said to have appeared on set with bright smiles and created an upbeat atmosphere. To prepare for the detailed emotions required of them in the scene, they practiced different gazes and affectionate poses, completing filming by immersing themselves fully into the tense scene.

The drama’s production team commented, “Keep an eye out for what kind of consequences this meeting between ex-husband and ex-wife and their new partners will bring. The drama’s mystery man Seo Ban will play a bigger role in the final three episodes of the drama. Please stay tuned until the end.”