Watch: Han So Hee Learns To Dance While Song Kang Looks On Behind The Scenes Of “Nevertheless”

JTBC revealed an interesting clip of Han So Hee and other cast members learning to dance behind the scenes of “Nevertheless”!

In the video, Han So Hee learns the steps to a waltz together with Yang Hye Ji and Seo Hye Won, who play Na Bi’s classmates in the drama. Yang Hye Ji tells the camera that they spent four hours learning the dance, only to forget all the steps. Seo Hye Won appears to say that she still remembers the steps, showing off her moves as Yang Hye Ji looks on in admiration.

Song Kang also makes an appearance, looking at the camera in shock as if he wasn’t expecting it to be there. While waiting for his turn to film, he holds on to a barre and moves his arms gracefully. Han So Hee then waltzes across the dance floor, accidentally bumping into Seo Hye Won as she practices her steps. 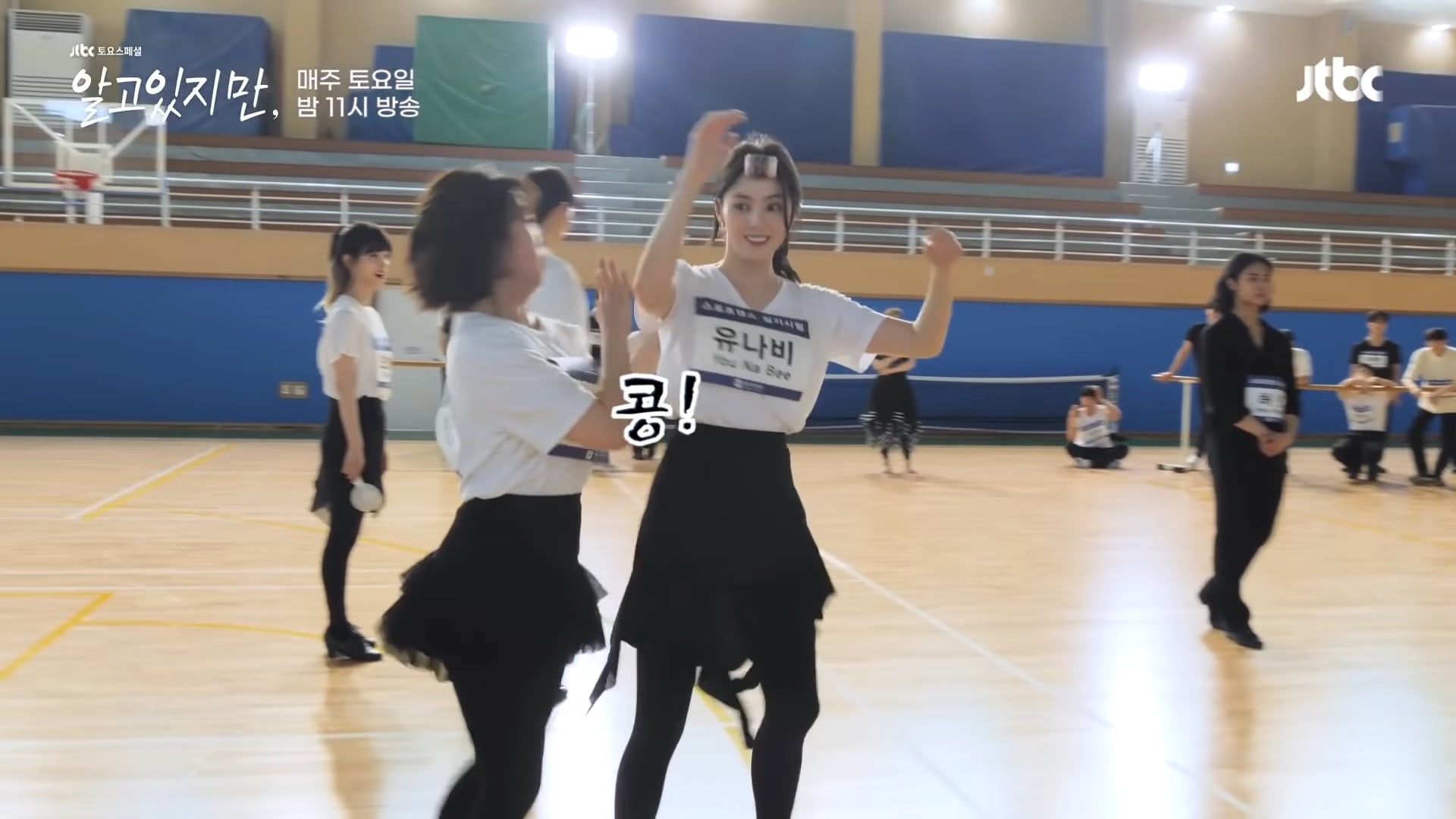 Song Kang picks up the camera to film the dancing cast members himself and jokingly asks them how they dance so well. Yang Hye Ji responds by waving her arms back and forth in a silly dance move, making Song Kang break into laughter. When he stands by watching Han So Hee and the others filming, he turns to Seo Bum June and says, “They’re so cool.” When Seo Bum June asks what he’s talking about, Song Kang replies, “Their dance,” to which Seo Bum June counters, “No one is dancing right now.” His sarcastic response causes Song Kang to punch the air in mock frustration.