tvN’s “The Devil Judge” has revealed new stills ahead of tonight’s episode!

Previously, while convicting the scam artist Do Young Chun (Jung Eun Pyo), Kang Yo Han discovered his close ties with the Attorney General Cha Kyung Hee (Jang Young Nam), who helped him escape the net of the law. Cha Kyung Hee is also an important figure in the Social Responsibility Foundation, which is known as the driving force of the country’s judicial department. Catching on to Cha Kyung Hee’s weak point, Kang Yo Han used this to rile up the members of the greedy cartel.

This animosity between the pair is an important playing card for Kang Yo Han. Perfectly analyzing Cha Kyung Hee’s thirst for revenge, Kang Yo Han pushed for a background check on Jung Sun Ah after pushing for one on the president. It was revealed through this that Jung Sun Ah had previously been a maid at a mansion, igniting a fire between the two of them. 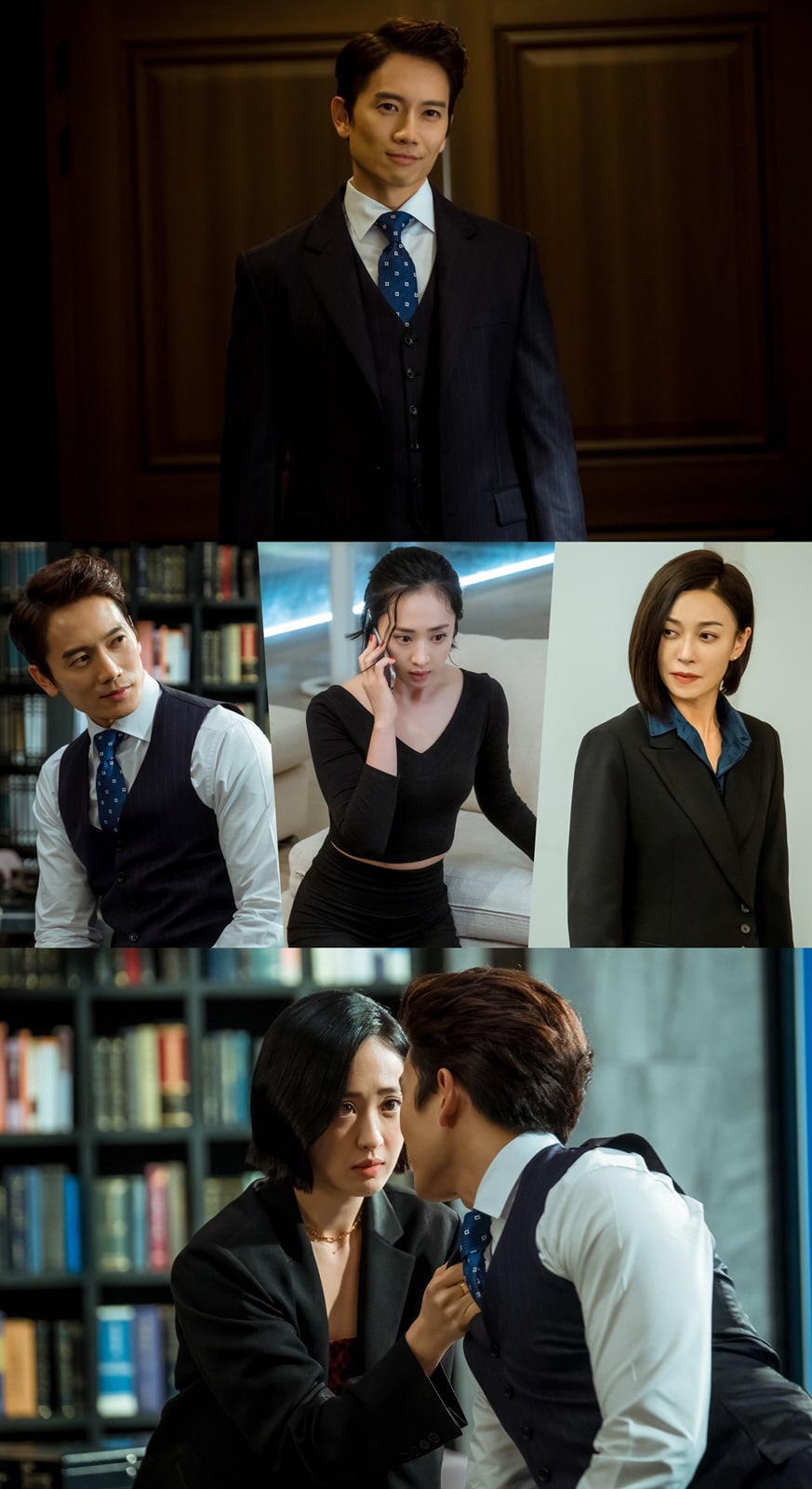 With Kang Yo Han pouring fuel on the fire in the conflict between Cha Kyung Hee and Jung Sun Ah, it remains to be seen how their dispute will be affected. Will their strategical alliance break down, or will they consider the pros and cons to form a new conspiracy?