Melon will once again be undergoing chart reform.

On August 2, Melon Company revealed that the current 24Hits and Recent 24Hits charts will change into the TOP100 and Recent charts.

This upcoming reform reflects user feedback and changes in the music industry.

All songs ranked in the TOP100 will have the number of listeners from the past five minutes, past hour, and past 24 hours revealed via the Chart Report. There will also be a Chart Board that allows listeners to easily see songs that newly entered the chart, songs that rose in rankings, and the chart changes of songs they like. 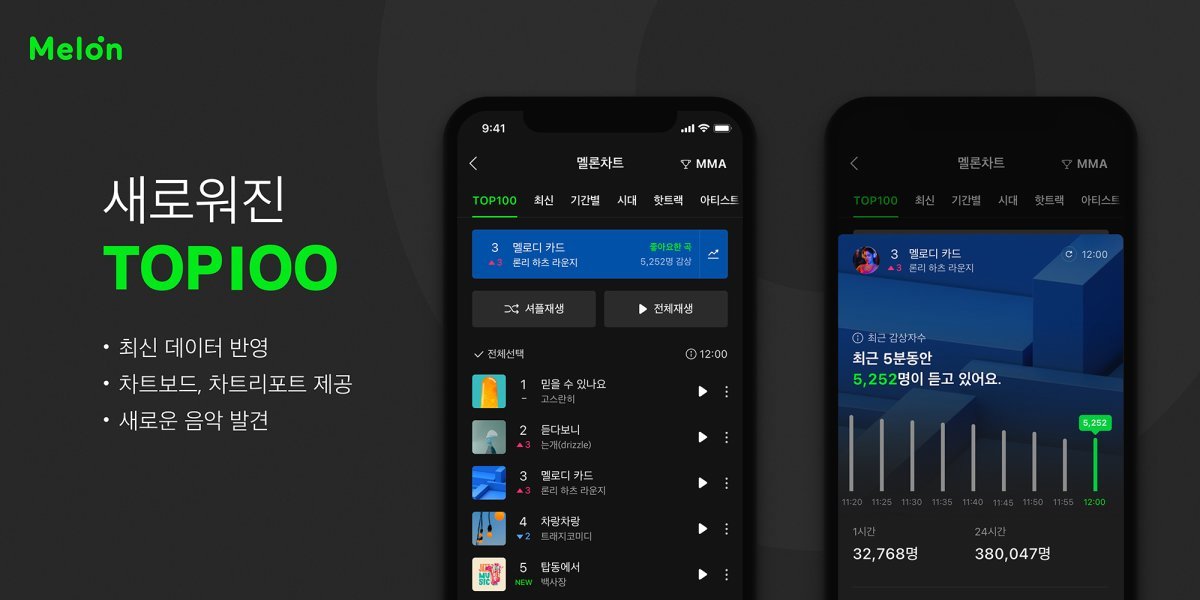 In addition, Melon has launched a new department exclusively dedicated to its chart. The department will increase constant monitoring and chart analysis and also work to actively respond to any suspicions of chart manipulation.

Melon’s new chart system will be implemented starting on August 9.

MelOn
How does this article make you feel?