tvN’s “The Devil Judge” is the most buzzworthy drama this week!

Overtaking tvN’s “Hospital Playlist 2” for the first time, “The Devil Judge” made it to the No. 1 spot on Good Data Corporation’s weekly list of the dramas that generated the most buzz. The company determines each week’s rankings by collecting data from news articles, blog posts, online communities, videos, and social media about dramas that are either currently airing or set to air soon.

Along with “The Devil Judge” snagging the top spot on the list for most buzzworthy drama, the drama’s star Ji Sung ranked No. 1 on the list for cast members for the third consecutive week. His co-stars followed closely behind him with GOT7’s Jinyoung at No. 2 and Kim Min Jung at No. 5.

tvN’s “You Are My Spring” came in at No. 3, with the drama’s stars consistently placing high on the list for actors. Seo Hyun Jin and Kim Dong Wook ranked No. 3 and No. 4 respectively among cast members.

After achieving No. 1 on the drama rankings list for five consecutive weeks, tvN’s “Hospital Playlist 2” became the No. 4 most buzzworthy drama this week after it did not air a new episode. Instead, the drama aired a special episode with behind-the-scenes footage and commentary.

JTBC’s “Nevertheless” remained at No. 5 on the list for dramas with its leads Han So Hee and Song Kang coming in at No. 8 and No. 9 respectively on the actor rankings. Following its successful conclusion, tvN’s “Voice 4” finished at No. 9 on the ranking for buzzworthy dramas. KBS2’s “Police University,” which is slated to air on August 9, rounded out the list for dramas at No. 10.

The top 10 dramas that generated the most buzz in the fifth week of July are as follows: 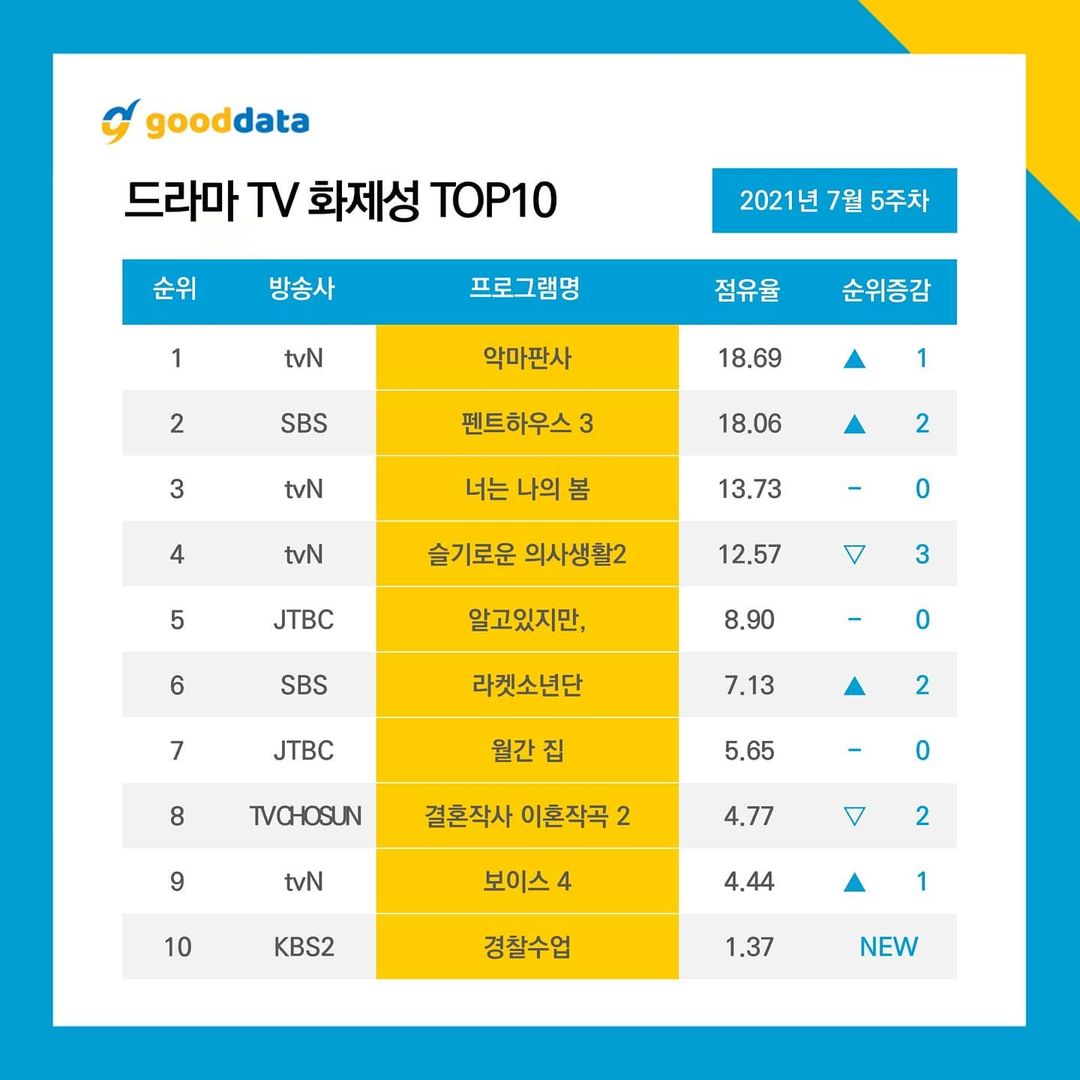 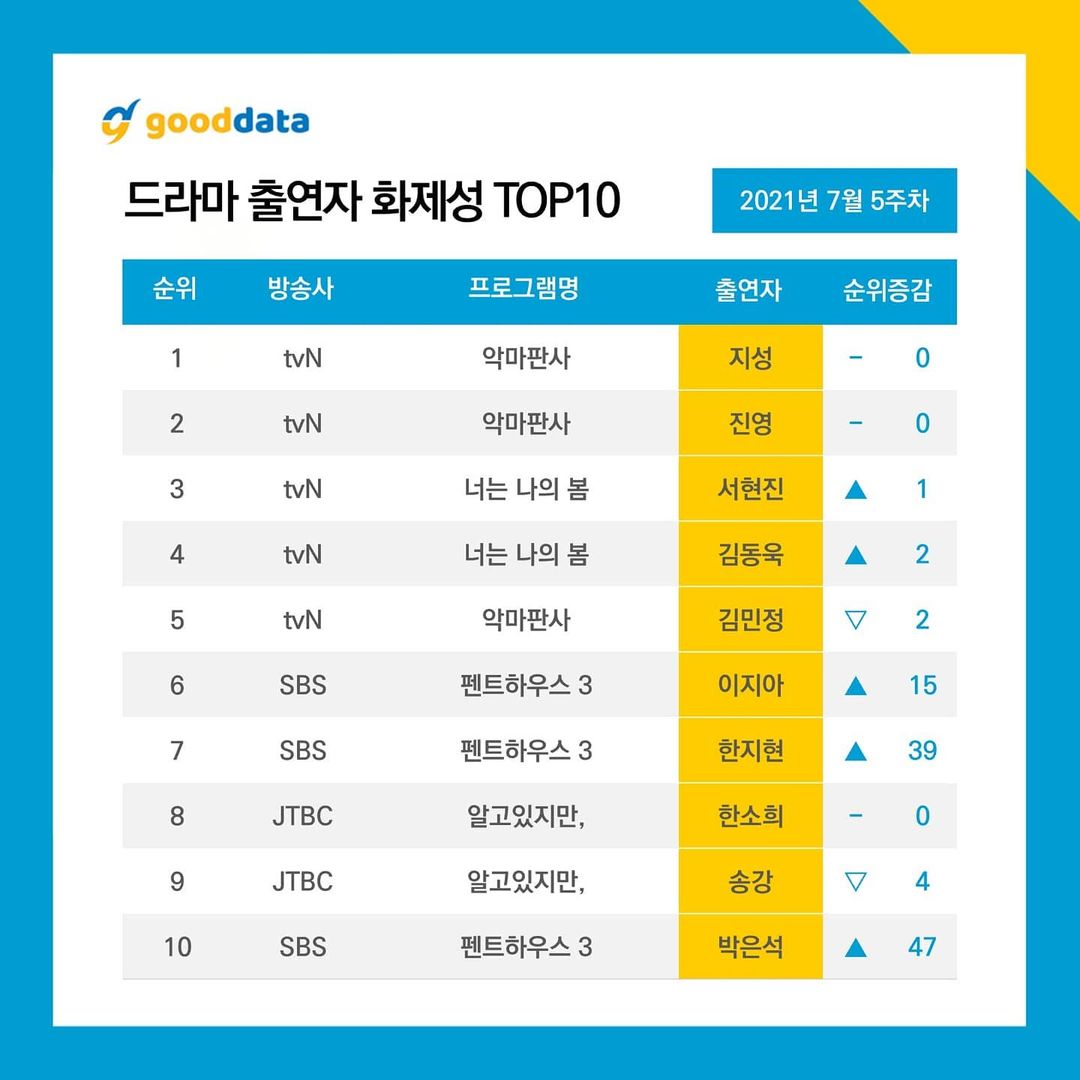