“Police University” is a new Monday-Tuesday drama from KBS starring f(x)’s Krystal and B1A4’s Jinyoung as students at a police university. Cha Tae Hyun co-stars as a passionate detective who teaches at the university and teams up with his students for a chaotic investigation.

The newly released stills depict the four young men who will disagree sometimes and harmonize at other times as they pursue the same dream. It will be interesting to see their “sweet-and-salty” bromance in the drama. 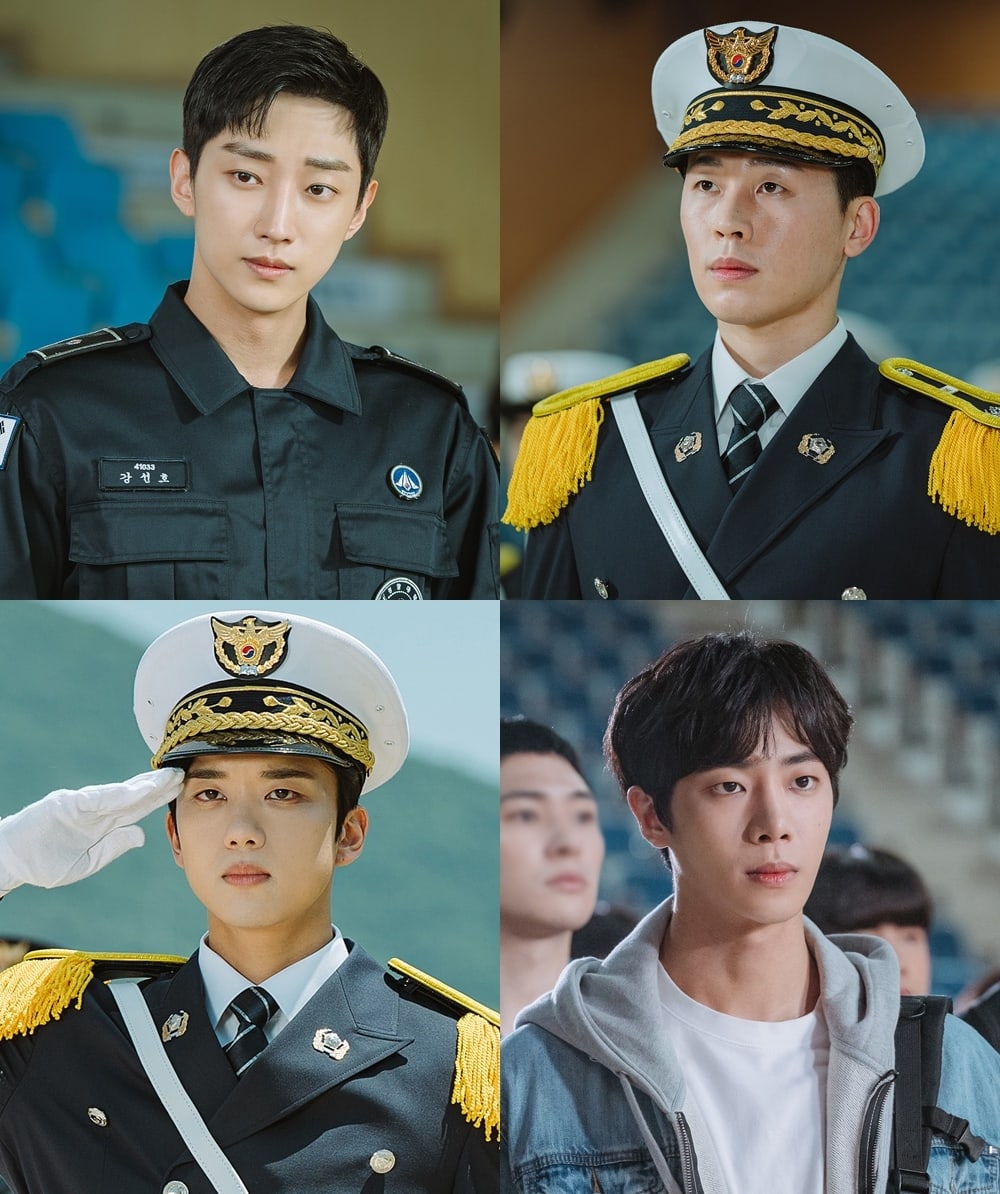 First of all, Jinyoung plays the dreamless Kang Sun Ho who is also a genius hacker. He unexpectedly enters a police university and gradually changes as he meets students with diverse personalities.

Lee Dal will transform into the warmhearted No Bum Tae, the “information source” of the school. He might be tactless, but no one can hate him. On the other hand, Yoo Young Jae will take the role of the energetic Jo Joon Wook. With his cute appearance and pleasant way of talking, he is the “mood maker” of the school. No Bum Tae and Jo Joon Wook show lively chemistry, but at some point, they will become rivals who walk on a tightrope.

Then there’s the taciturn and rational Park Min Gyu, who will be portrayed by Chu Young Woo. Park Min Gyu exudes cool charisma, and he’s a man of principle who will never bend the rules. After meeting Kang Sun Ho, who is the opposite of him, his life begins to crack, and it will be interesting to see how he will change while attending the police college. 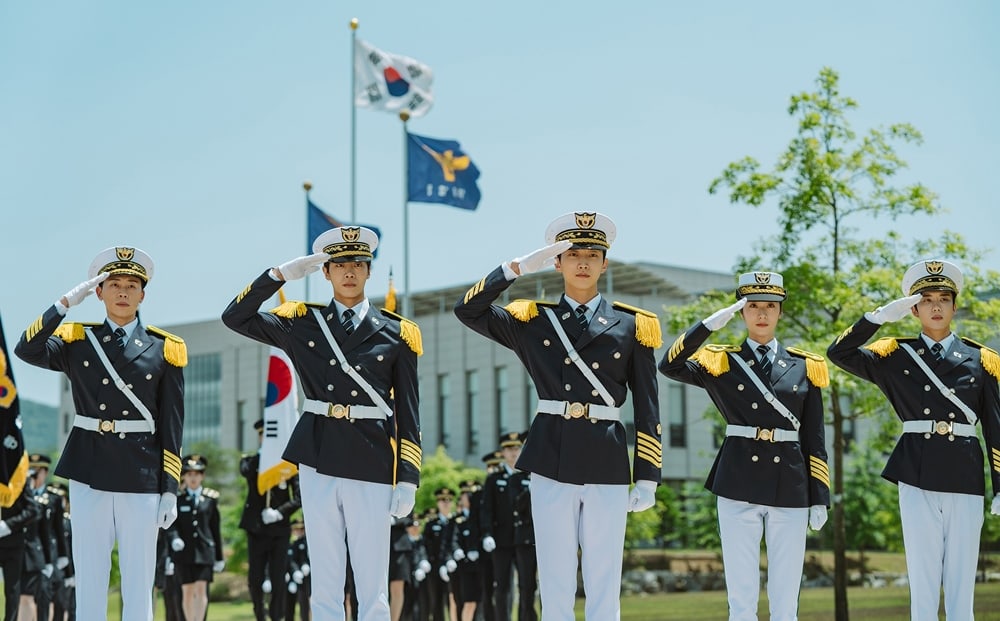 The producers of “Police University” shared, “The story of the youth in ‘Police University’ is simply dazzling. While watching this drama, some people will sympathize with the realistic concerns of police college students, and others will feel nostalgic while recalling those days. In addition, viewers will be able to enjoy the drama through the good-looking characters with various charms. Please keep an eye on how the different young people, who gather at the police university, will change and grow as they cry and laugh together.”