The battle between Yoon Jong Hoon and Kim So Yeon has begun in SBS’s “The Penthouse 3.”

In episode 8, Cheon Seo Jin (Kim So Yeon) and Joo Dan Tae (Uhm Ki Joon) framed Shim Soo Ryeon (Lee Ji Ah) for the murder of Logan Lee (Park Eun Suk), but viewers were shocked to see Logan Lee appear in front of Shim Soo Ryeon while she was being taken away by his family. Ha Yoon Chul (Yoon Jong Hoon), who had been been treating Logan Lee as instructed by Cheon Seo Jin, was also captured by Logan Lee’s family. Curiosity mounts as to what will happen to Ha Yoon Chul, who is the only person who knew Logan Lee was alive.

New stills show Cheon Seo Jin and Yoon Jong Hoon clashing angrily in the scene where Cheon Seo Jin appears in front of Ha Yoon Chul as he is being taken away by Logan Lee’s family. As soon as he sees Cheon Seo Jin, Ha Yoon Chul flies into a rage and grabs her by the throat, but Cheon Seo Jin looks at him nonchalantly. Eventually pulled back by the bodyguards, Ha Yoon Chul is still seething with anger as Cheon Seo Jin turns away with a smirk. In the preview for episode 9, Ha Yoon Chul was heard saying, “Yoon Hee’s revenge, I’ll join in.” All eyes are on Ha Yoon Chul’s next move and whether he will succeed in uncovering Cheon Seo Jin’s true side and carry out Oh Yoon Hee’s (Eugene‘s) revenge. 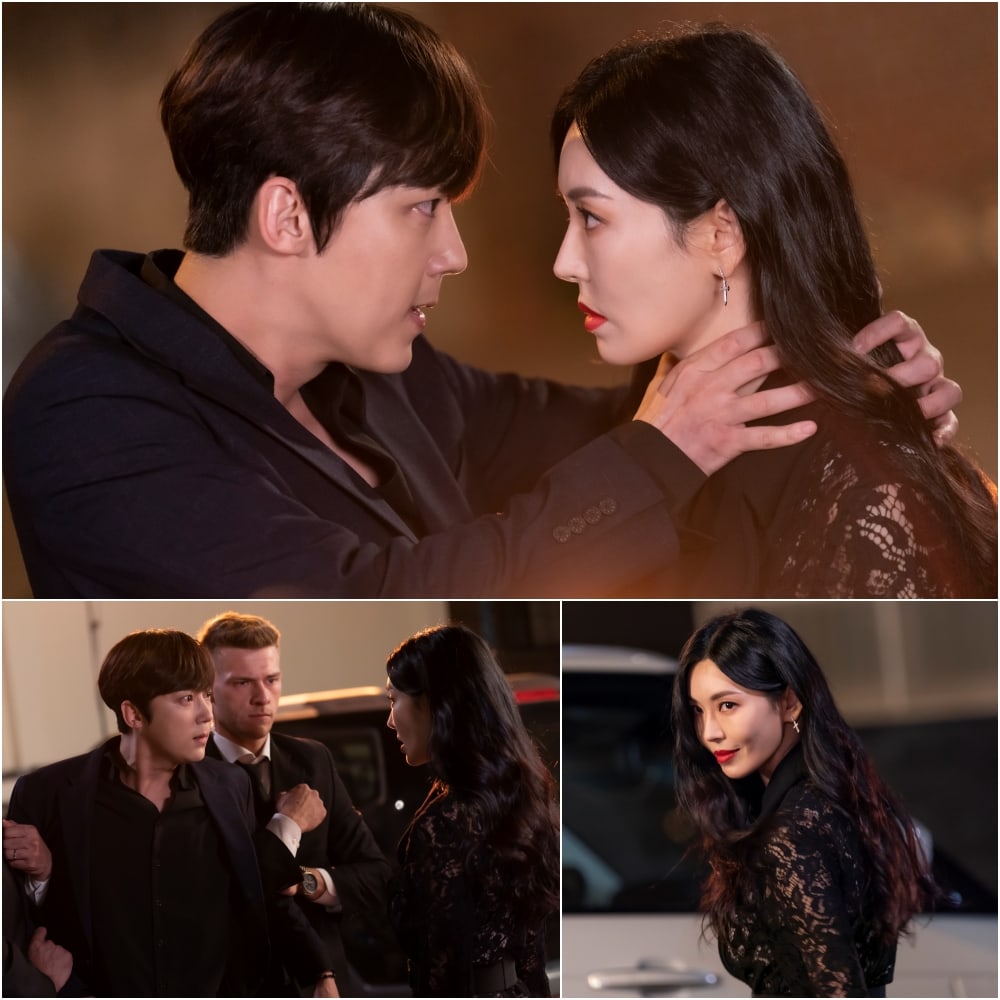 Yoon Jong Hoon and Kim So Yeon arrived early on set to go over the movements and synchronize their thoughts for the intense confrontation scene. Every now and then, the actors chatted with the staff they’ve been working with for a long time now and brought some vitality to the set. When the cameras started rolling, they passionately acted out the anger and other emotions that the two characters have accumulated towards each other.

The producers shared, “Kim So Yeon and Yoon Jong Hoon are actors with an amazing ability to express even the smallest emotional changes felt by their characters. Keep watching to find out how the story of Cheon Seo Jin and Ha Yoon Chul’s former love-hate relationship will end.”

Yoon Jong Hoon
Kim So Yeon
The Penthouse 3
How does this article make you feel?