“Police University” is a new drama about the chaotic investigation that ensues when a professor at an elite police university teams up with his students – one of whom is a genius former hacker. Jinyoung and Krystal will star as university students Kang Sun Ho and Oh Kang Hee, while Cha Tae Hyun will star as passionate detective and professor Yoo Dong Man.

Kang Sun Ho is a former hacker who eventually becomes a first year student at the police university. He is a character without ambition or emotions, but he undergoes major changes and growth as he meets the “real” youths of the police university, becomes intertwined with the veteran detective Yoo Dong Man, and unexpectedly falls in love for the first time with Oh Kang Hee.

The newly released stills show the different sides of Kang Sun Ho. A couple photos show his boyish charms as he wears a school uniform. However, other photos depict his charismatic side as he sports a police uniform and exudes confidence with determined eyes. It will be intriguing to find out what kind of changes Kang Sun Ho will experience as he encounters different people at the police university. 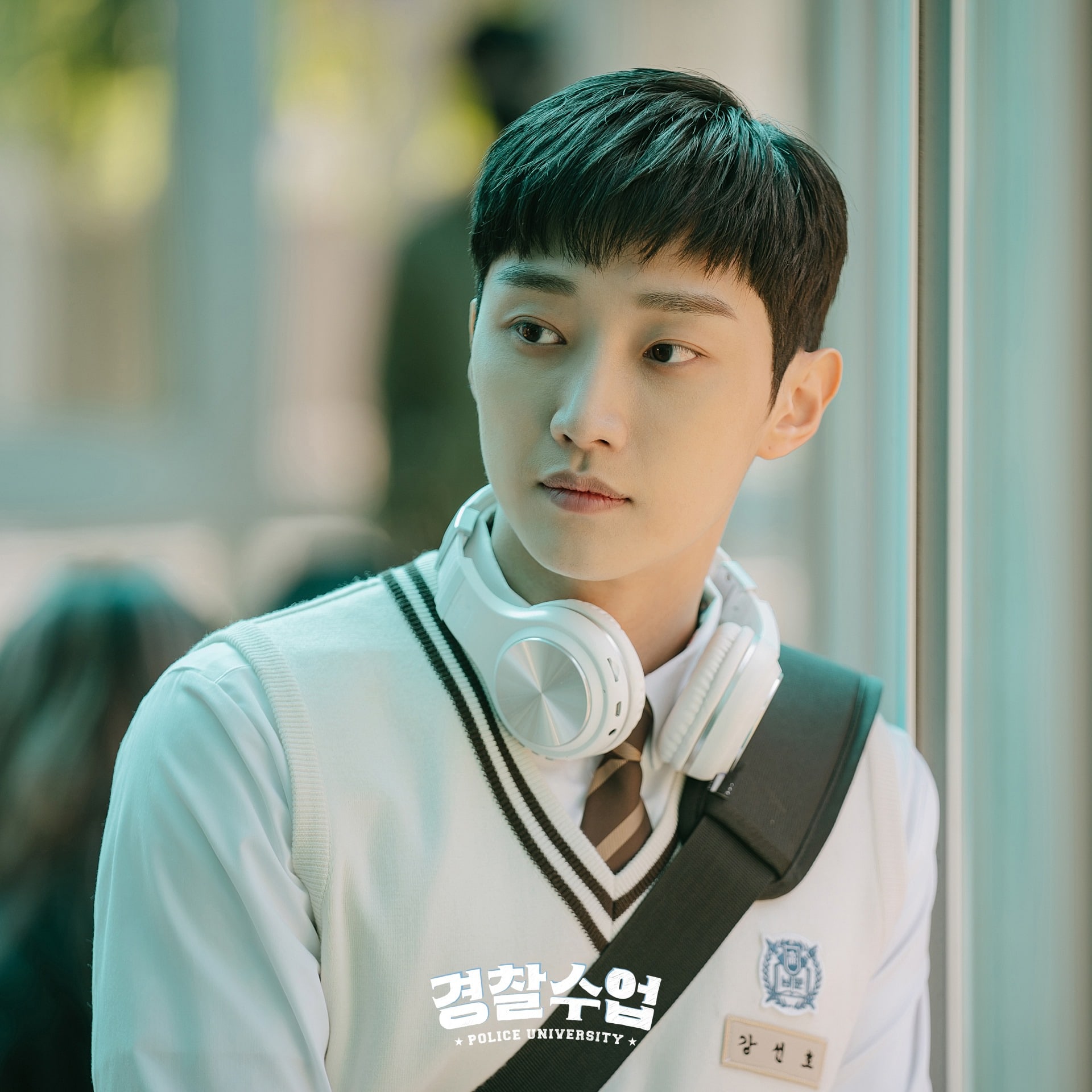 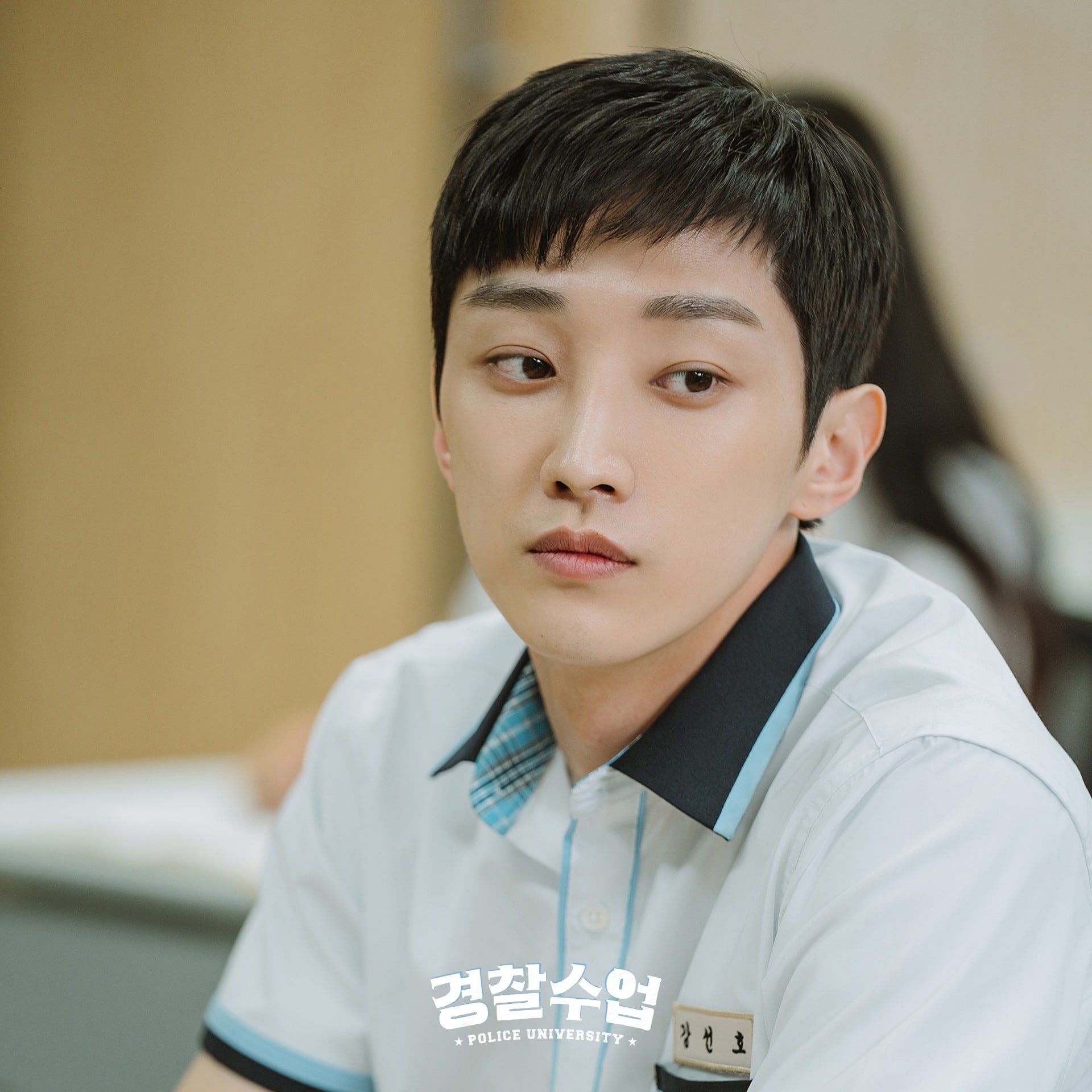 Writer Min Jung commented, “Kang Sun Ho’s growth somehow touches your heart and makes you cheer for him. I wanted to convey the message that ‘it’s okay to make mistakes’ through the chaotic stories of the youths and adults with Kang Sun Ho. Even if the drama isn’t grand, I wish I could offer the viewers a little consolation.” 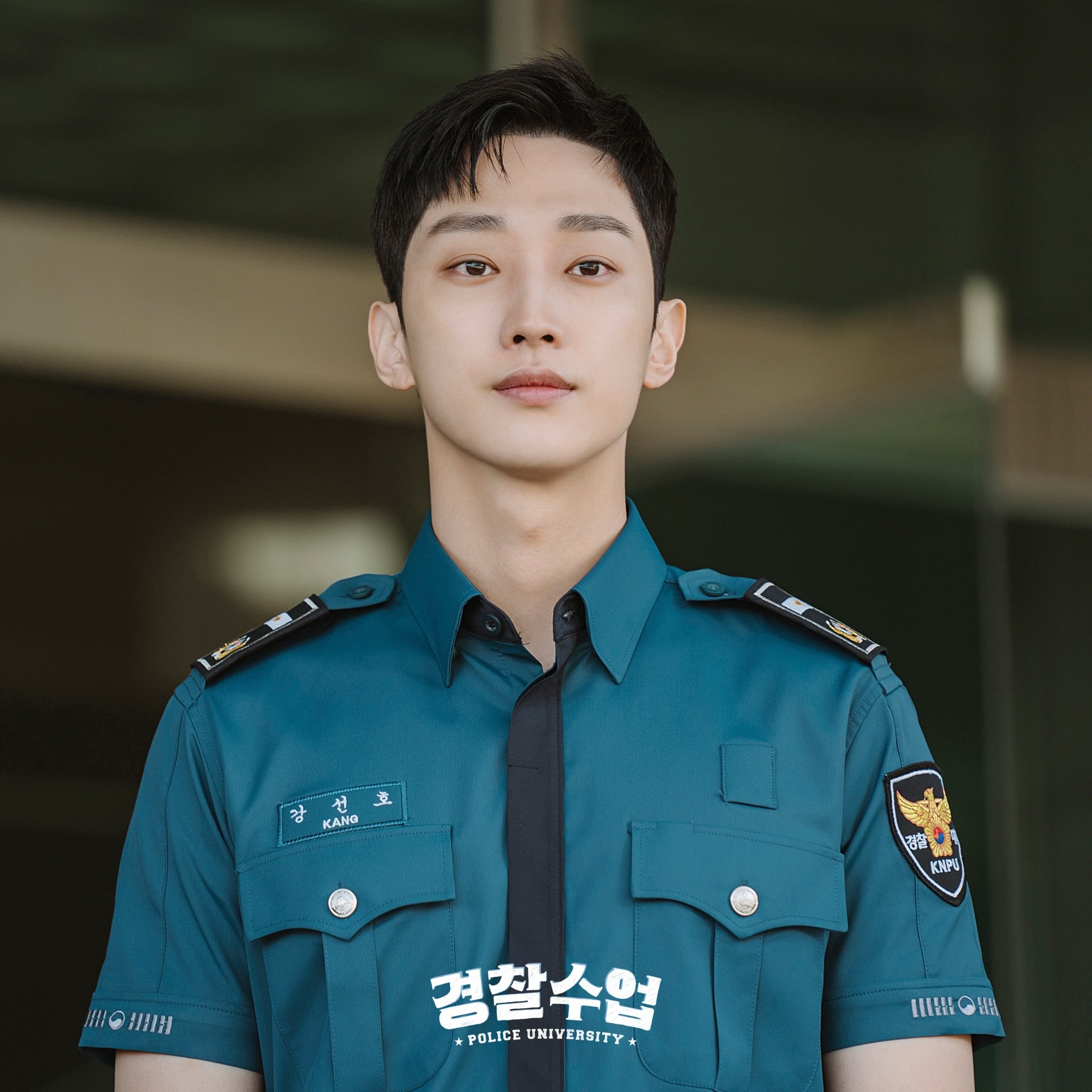 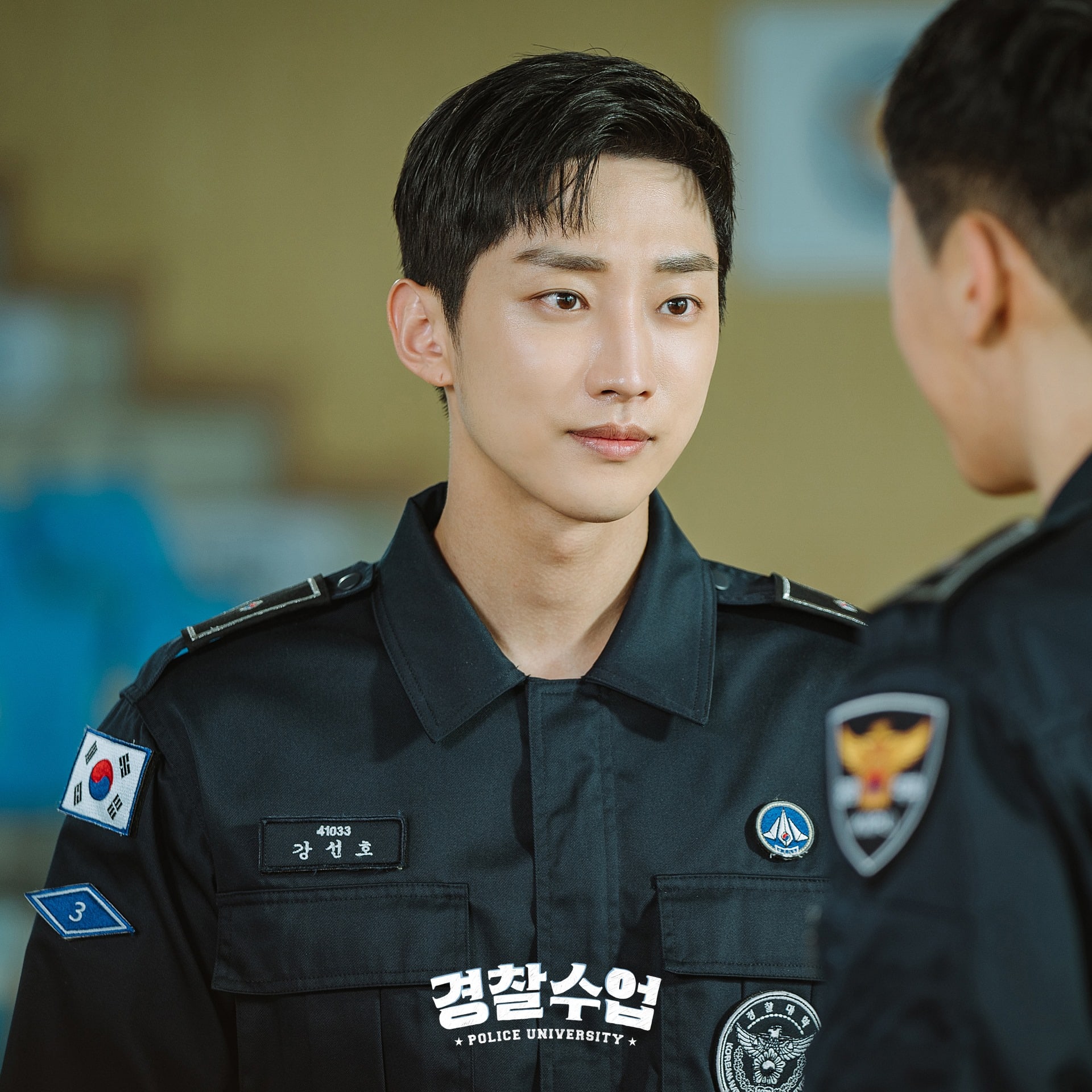 Oh Kang Hee is a judo student with a strong will and righteous heart who works tirelessly to achieve her dream of becoming a police officer. She’s a competitive character who harbors a pain unknown to others but achieves the feat of attending police university through her strong sense of purpose.

In the photos, Oh Kang Hee exudes an overwhelming aura in both her police uniform and judo uniform. Her gaze is sharp with resolve, and she showcases impeccable “girl crush” charms. The photos are evidence that she pours out her heart and soul into achieving her dreams. Kang Sun Ho isn’t the only one who will go through different changes in the drama. Kang Hee is also expected to gain new experiences at the police university. 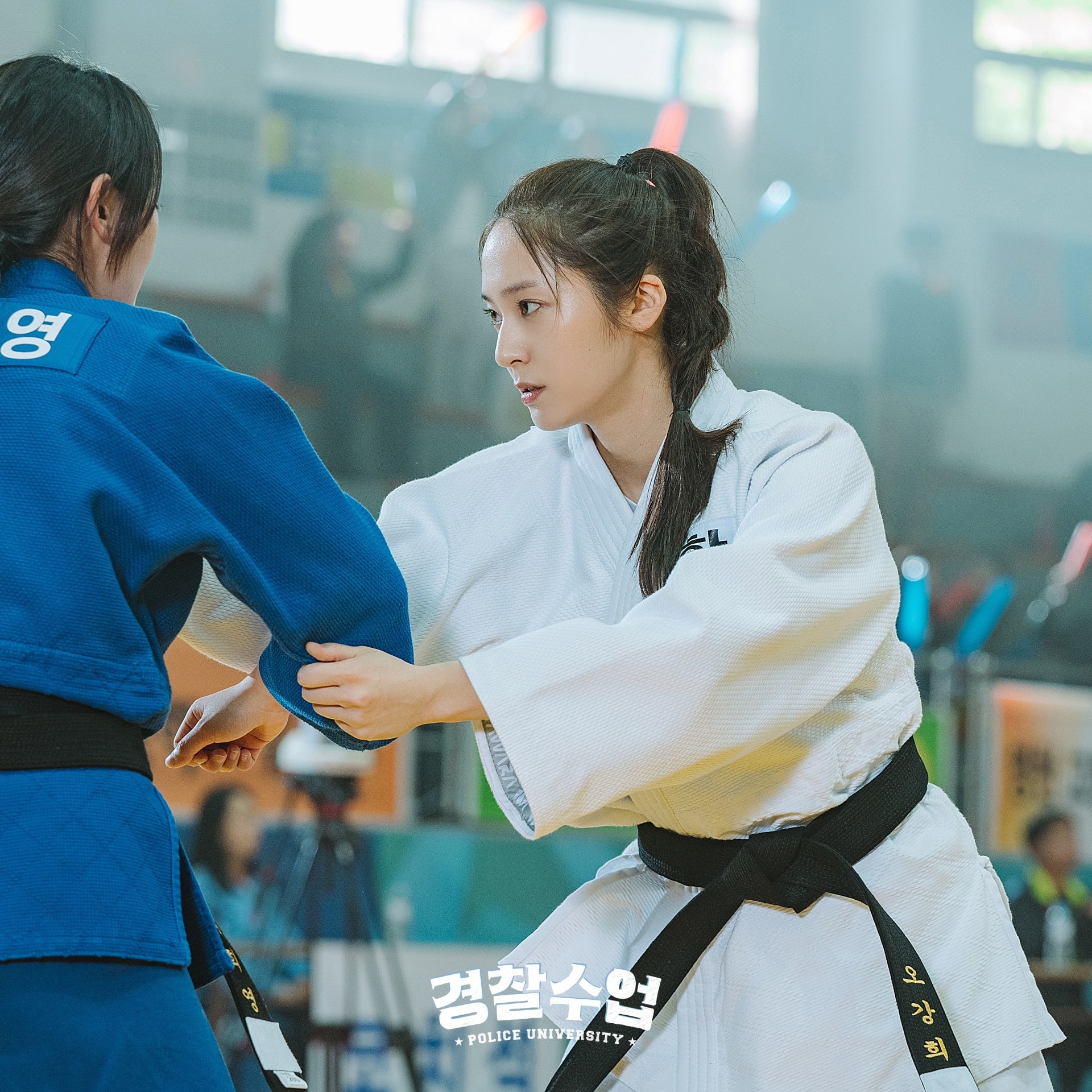 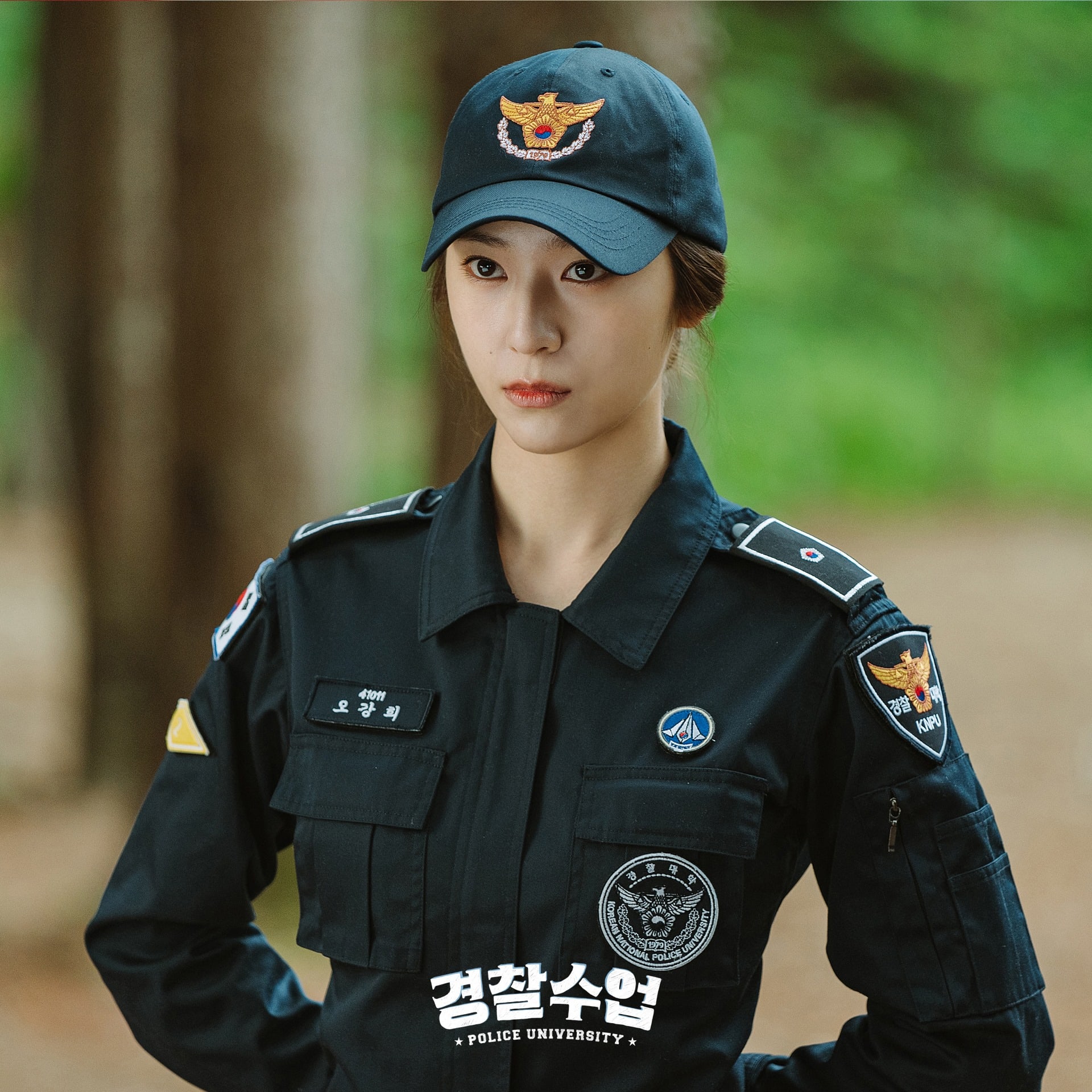 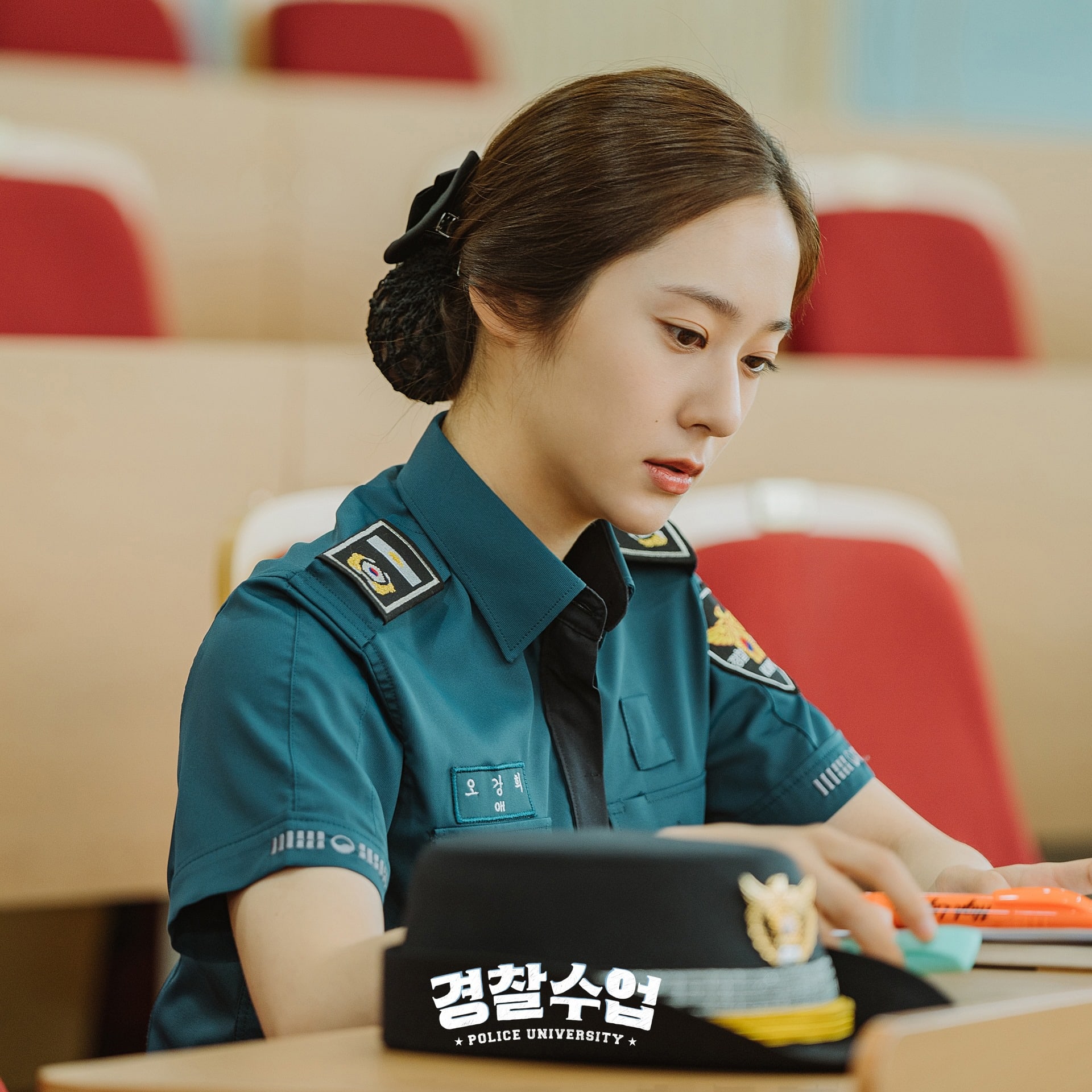 The drama’s production team shared, “Krystal is expected to deliver refreshing fun by showing off her personality that sparkles like cider and cool action scenes. In addition, Krystal is showing excellent character immersion that makes people say that she is Oh Kang Hee herself. Please pay a lot of attention to the story she will portray with her irreplaceable charms.”