“The Great Shaman Ga Doo Shim” has shared an intriguing new glimpse of its upcoming episode!

The Kakao TV drama is a fantasy romance drama stars Kim Sae Ron as Ga Doo Shim, a teenager with supernatural abilities who just wants to be an ordinary high school student and escape her fate of becoming a shaman, and Nam Da Reum as Na Woo Soo, the school’s “golden boy” who starts seeing ghosts after meeting Ga Doo Shim.

Previously on “The Great Shaman Ga Doo Shim,” Ga Doo Shim made a shocking appearance in front of Na Woo Soo. Her cheeks and lips were covered in blood, and her uniform was disheveled. In particular, Na Woo Soo attempted to help Ga Doo Shim when she was suspected of being involved in a series of suicide cases by asking if she can predict marital combability. However, that backfired, and she attempted to leave the classroom. Na Woo Soo stopped her with an unexpected embrace and begged her to not go.

In the newly released stills, Ga Doo Shim and Na Woo Soo have very different reactions to the ghost Hyun Soo (played by Yoo Seon Ho), who has been sticking to Ga Doo Shim like glue after unfortunately losing his life in front of her ten years ago.

Na Woo Soo is pale with shock after witnessing Hyun Soo by Ga Doo Shim’s side. He has never lost his composure before, but he can’t help but shake when he sees the ghost. His reaction only causes Hyun Soo to playfully approach him, and Na Woo Soo tries to scoot away from him with a perplexed expression on his face. 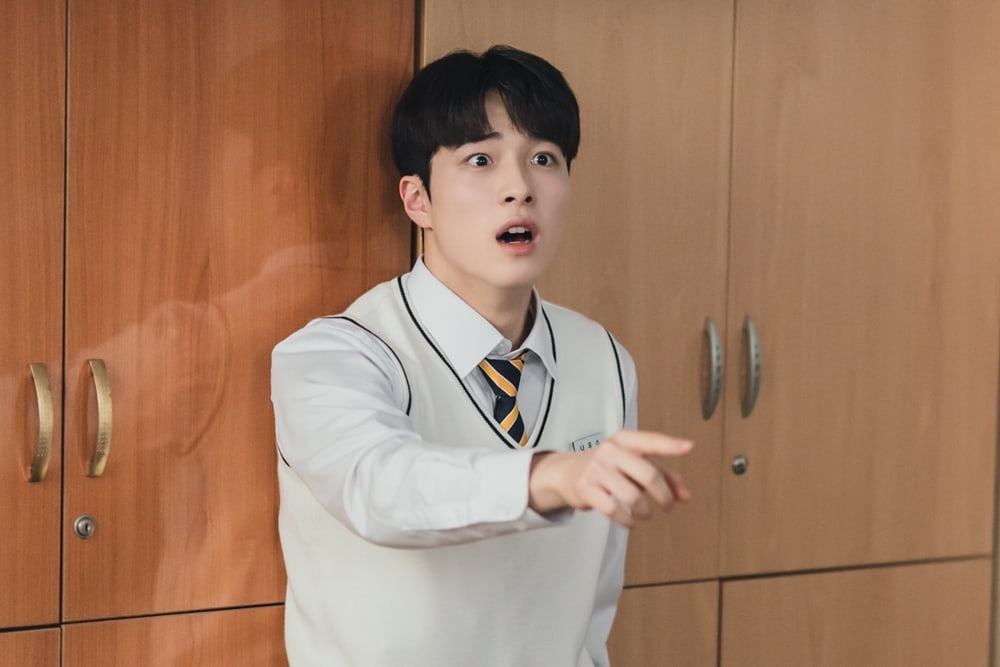 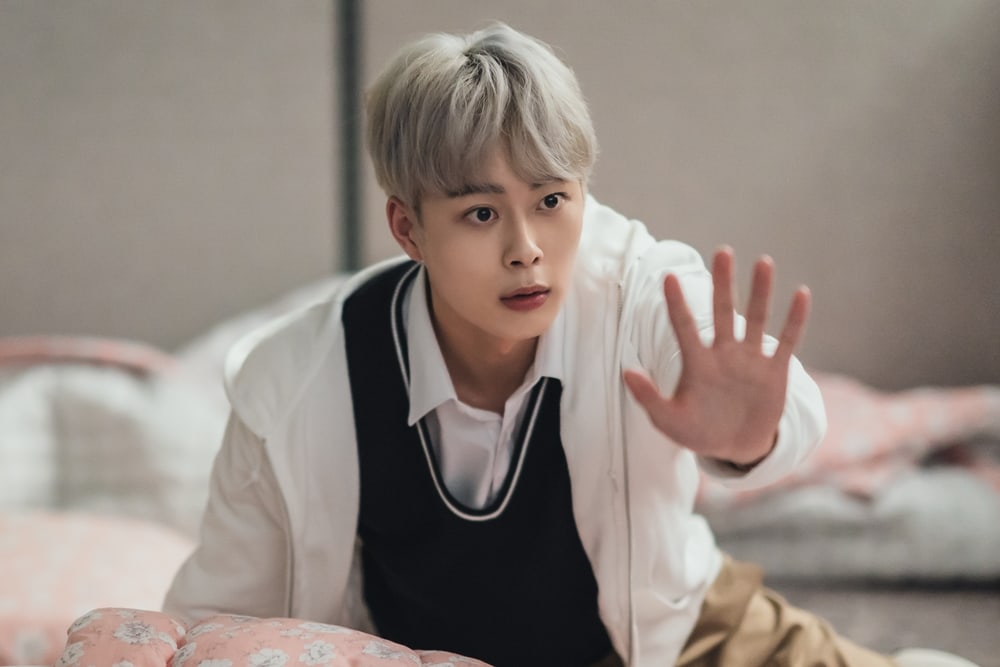 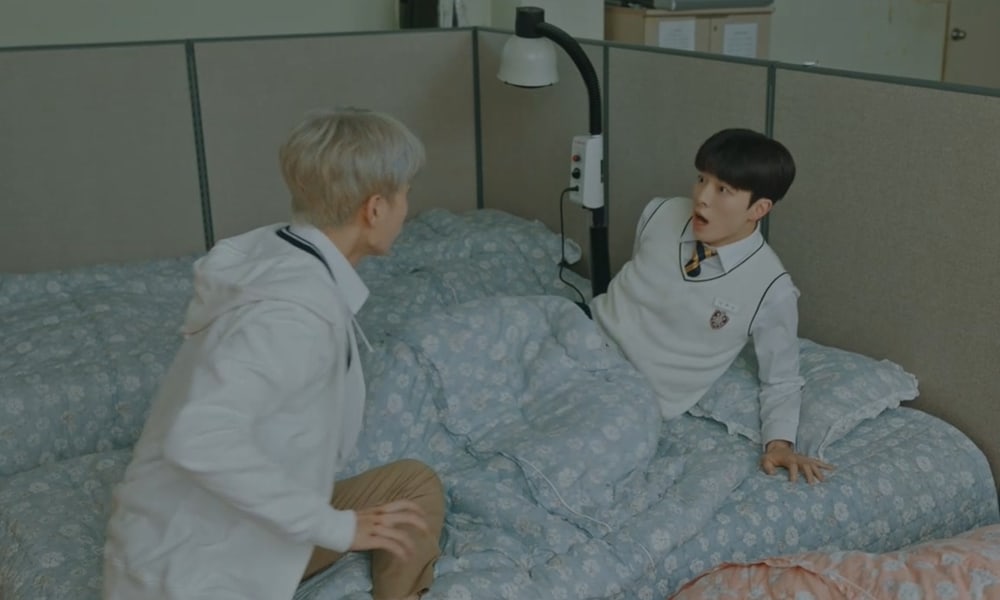 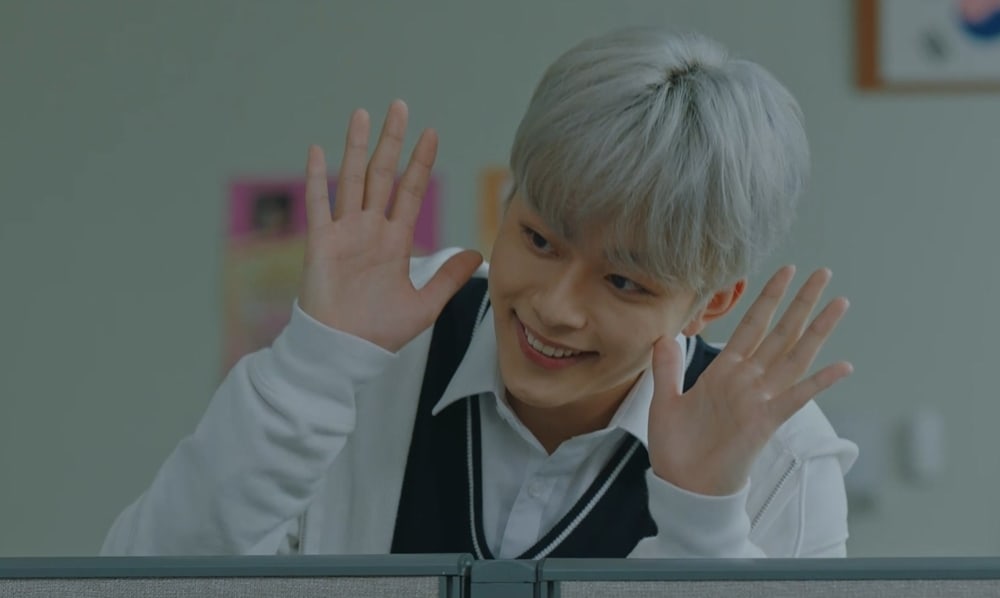 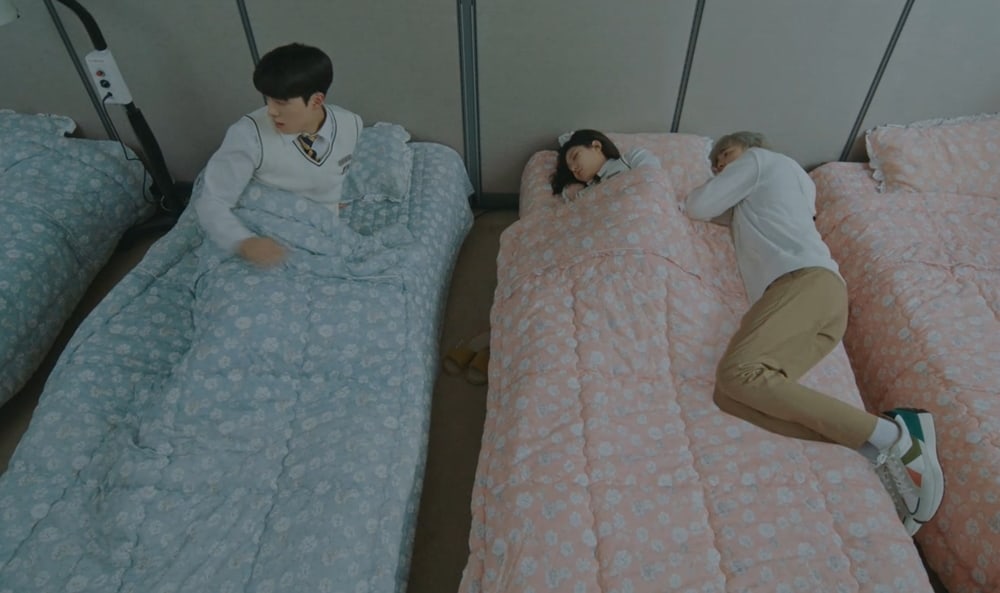 On the other hand, Ga Doo Shim remains cool and calm, and she acts like nothing happened. What will happen to Ga Doo Shim and Na Woo Soo next, and how will their relationship change in the future? 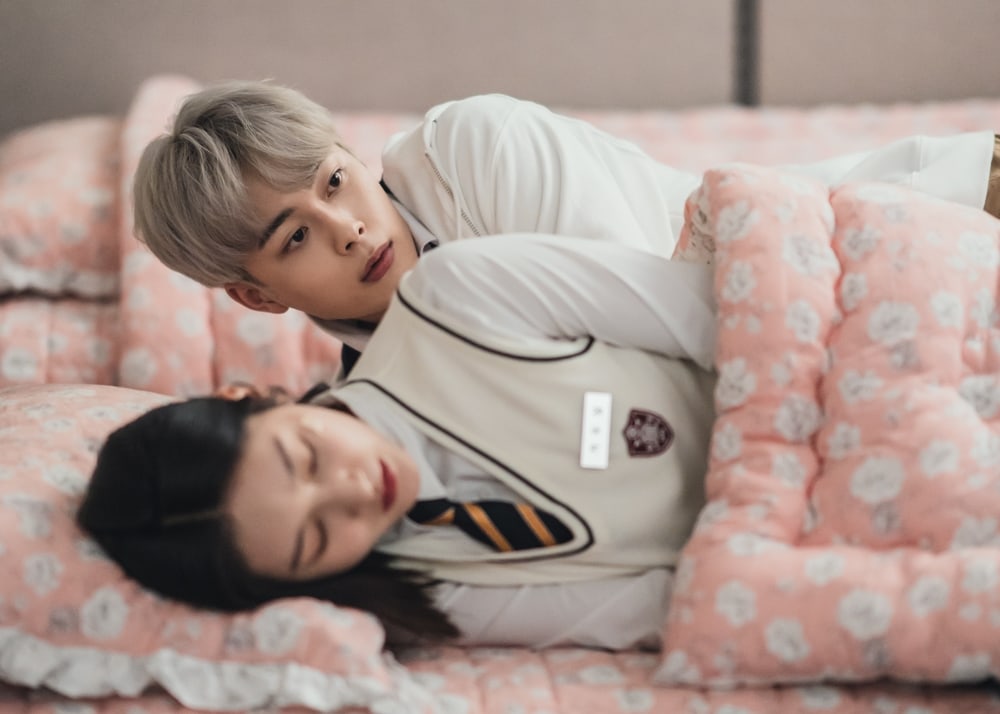 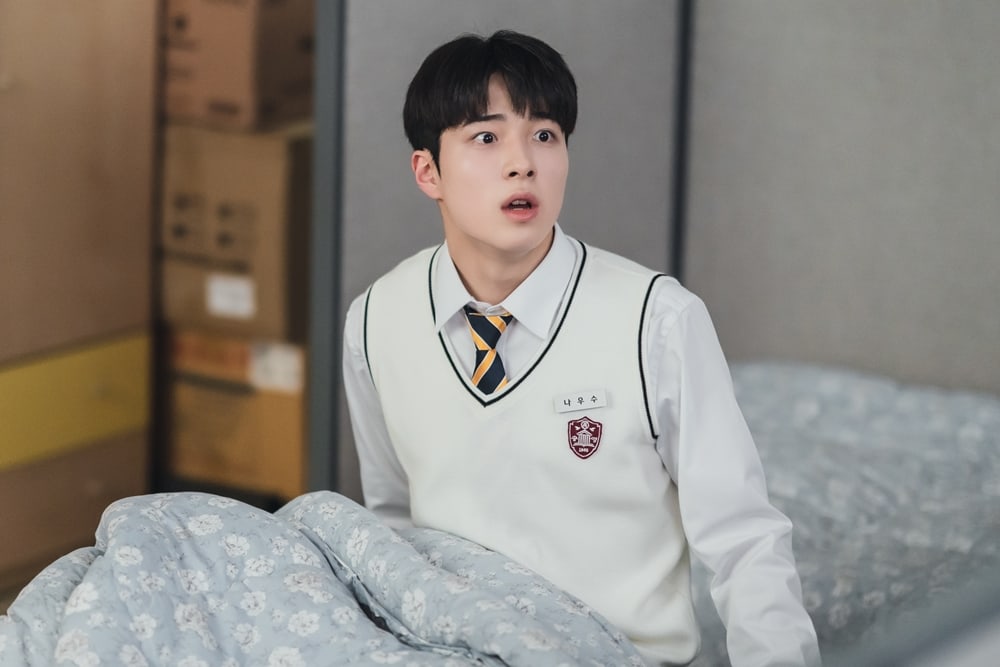 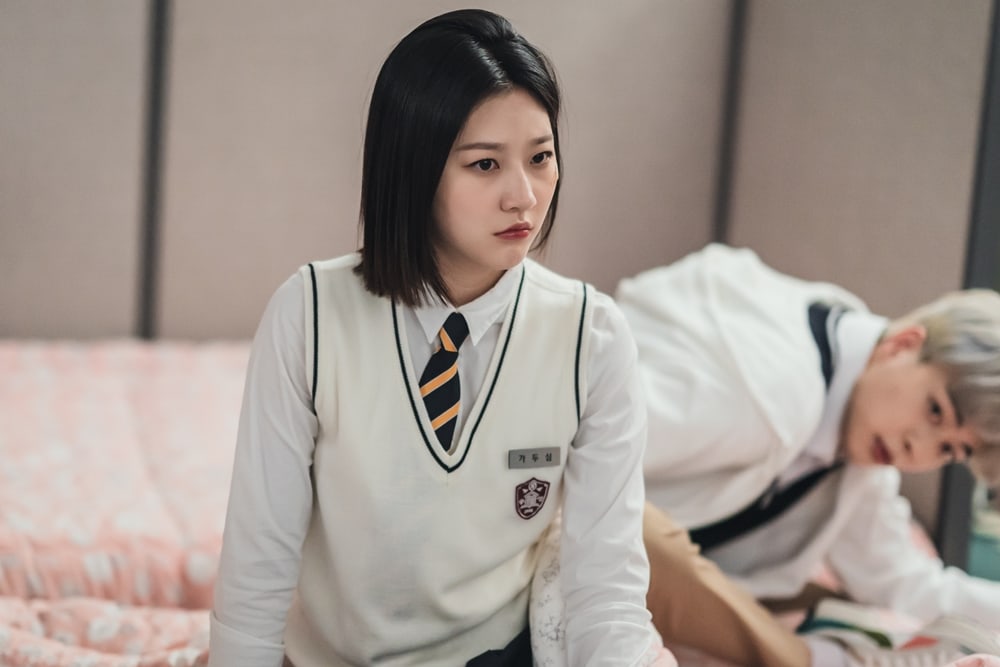 In a second set of stills, Na Woo Soo and Ga Doo Shim seem to be locked in a romantic atmosphere. He reaches for her face with a gentle expression, but she gazes at him in sharp confusion. However, things take a drastic turn when they become threatened by someone. Na Woo Soo reaches a hand out as if he’s trying to protect Ga Doo Shim. The photos also show Principal Kyung Pil (Moon Sung Geun) and Yang Myo Shim (Yoon Seok Hwa) at the scene.

Watch the drama with English subtitles on Viki: