On the August 7 episode of tvN’s “Amazing Saturday,” ZE:A’s Kwanghee, 2PM’s Wooyoung, MONSTA X’s Minhyuk, and (G)I-DLE’s Miyeon appeared as guests. This week’s episode of the show was a “music show MC” special, featuring guests that had previously or are currently working as MCs on music shows.

During the episode, Kwanghee shared that he had one of the longest records of working as a music show MC. He was an MC for 29 months, even longer than SHINee’s Key, who was an MC for 28 months.

Asked whom he would pick as the best MC in his experience, Kwanghee chose IU. Kwanghee and IU worked together as MCs on SBS’s “Inkigayo” between 2012 and 2013. 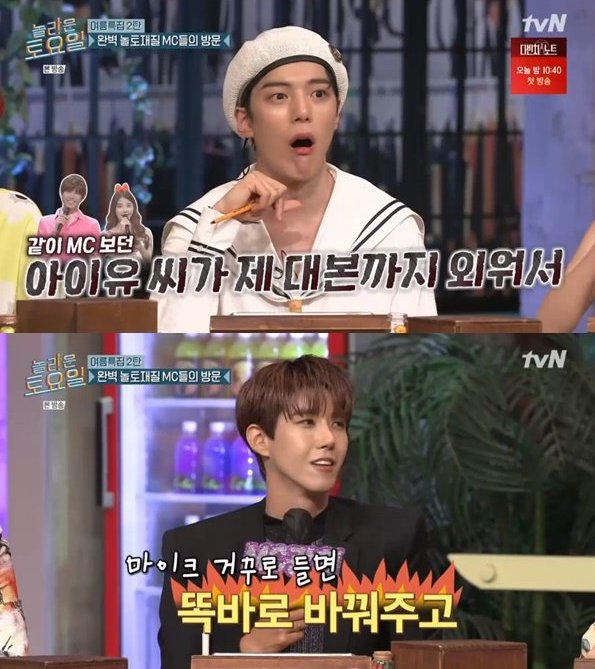 “It’s really important for music show MCs to review the script,” he said. “But I would go around greeting the singers like G-Dragon, Girls’ Generation, and SHINee and wouldn’t have time to read the script. IU memorized even my own lines and helped me when I made mistakes. When I held my mic backwards, she would fix it for me as well.”

Check out IU in the movie “Shades of the Heart” below!

IU
Kwanghee
Amazing Saturday
How does this article make you feel?