“Yumi’s Cells” is a drama based on a hit webtoon about an ordinary office worker named Yumi, told from the perspective of the brain cells in her head controlling her thoughts, feelings, and actions. Kim Go Eun stars as Yumi, Ahn Bo Hyun as Goo Woong, Lee Yoo Bi as Ruby, Park Ji Hyun as Sae Yi, and GOT7‘s Jinyoung as Yoo Babi. SHINee’s Minho will be making a special appearance as Woo Gi.

“Yumi’s Cells” will air across multiple seasons. It is directed by Lee Sang Yeob, the director of “Familiar Wife” and “Shopping King Louie,” and co-written by “Find Me in Your Memory” writer Kim Yoon Joo and newcomer Kim Kyung Ran. “W” and “Memories of the Alhambra” writer Song Jae Jung has participated as a creator.

The newly released poster conveys the heart-fluttering feelings between Yumi and Goo Woong, who have just begun to develop feelings for each other. As the two sit on the sofa side-by-side, they create a slightly awkward yet sweet atmosphere. Goo Woong becomes aware of Yumi’s bright smile and also begins to gradually smile. The text above them reads, “Cell-stimulating relatable romance.”

Surrounding Yumi and Goo Woong are the cells who have become their dating coaches. The emotional cell appears to be drunk on the romantic atmosphere, and the anxiety cell watches the date unfold with an expression full of worry. Yumi’s naughty cell leans on Yumi’s shoulder with a seductive pose while trying to stimulate the relationship while her hungry cell is happy just to be eating. Goo Woong’s rational cell looks sharp on top of his shoulder, and Yumi’s rational cell blushes red at the unexpected sweet kiss between Yumi’s and Goo Woong’s love cells. The unique cells, who work hard to make the two people happy, make the romance story even more eye-catching. 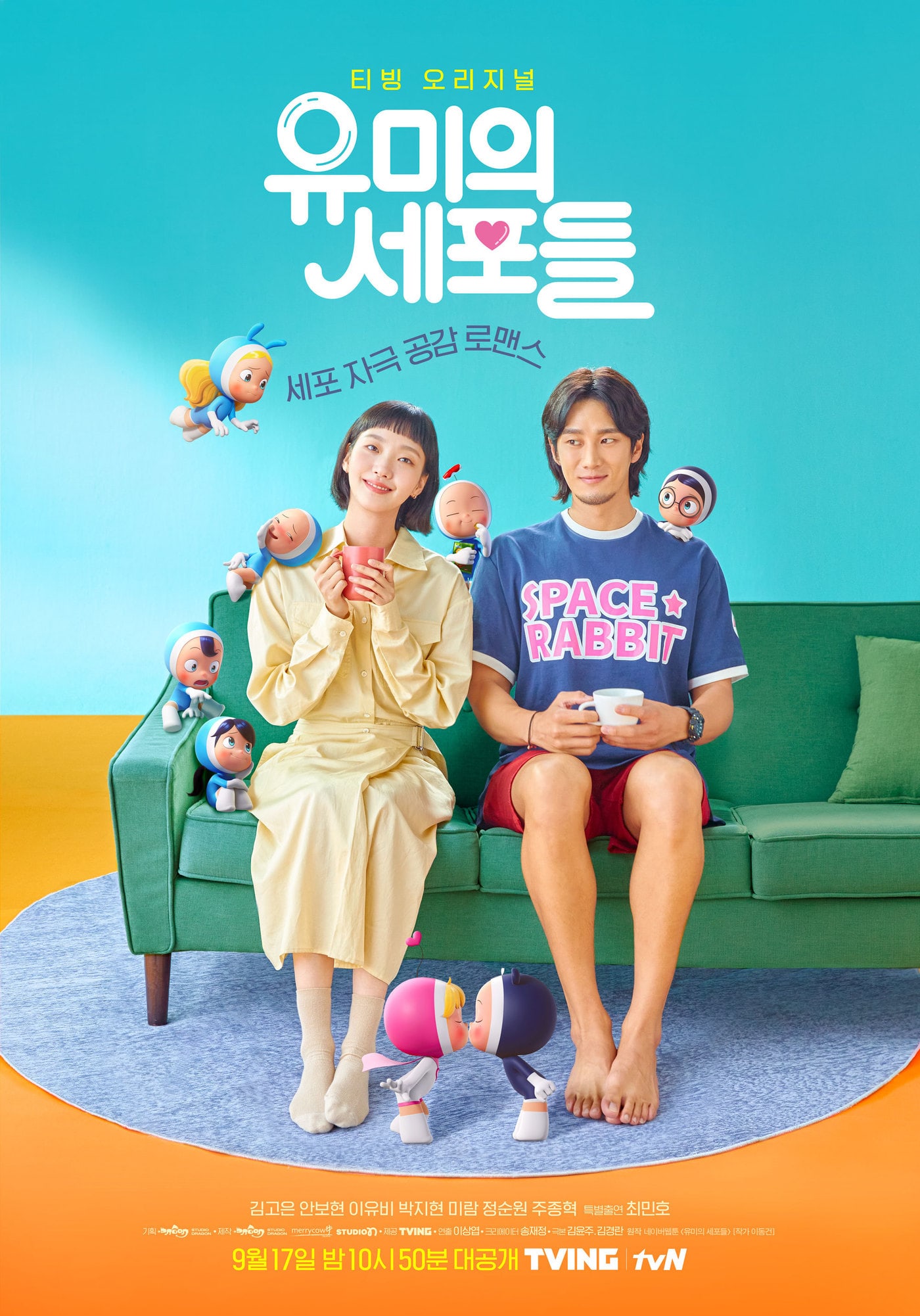 Kim Go Eun and Ahn Bo Hyun picked the cells as the point that sets “Yumi’s Cells” apart from other dramas. Kim Go Eun commented, “Yumi is ordinary, but she seems like a lucky person who has special [beings] on her side. The cells who always encourage Yumi and put their heads together without rest so that Yumi can be pleased and happy give me hopeful thoughts.”

Ahn Bo Hyun shared, “I’m also curious and anticipating what kind of drama will be born through ‘Yumi’s Cells,’ which combines reality and animation. Each of Goo Woong’s cells is unique, so I’m anticipating how those friends will be pictured in the drama and what kind of synergy they’ll show with Goo Woong.”

“Yumi’s Cells” will premiere on September 17 at 10:50 p.m. KST, and it will be available with English subtitles on Viki.

While you wait, watch Ahn Bo Hyun in “Kairos” below: